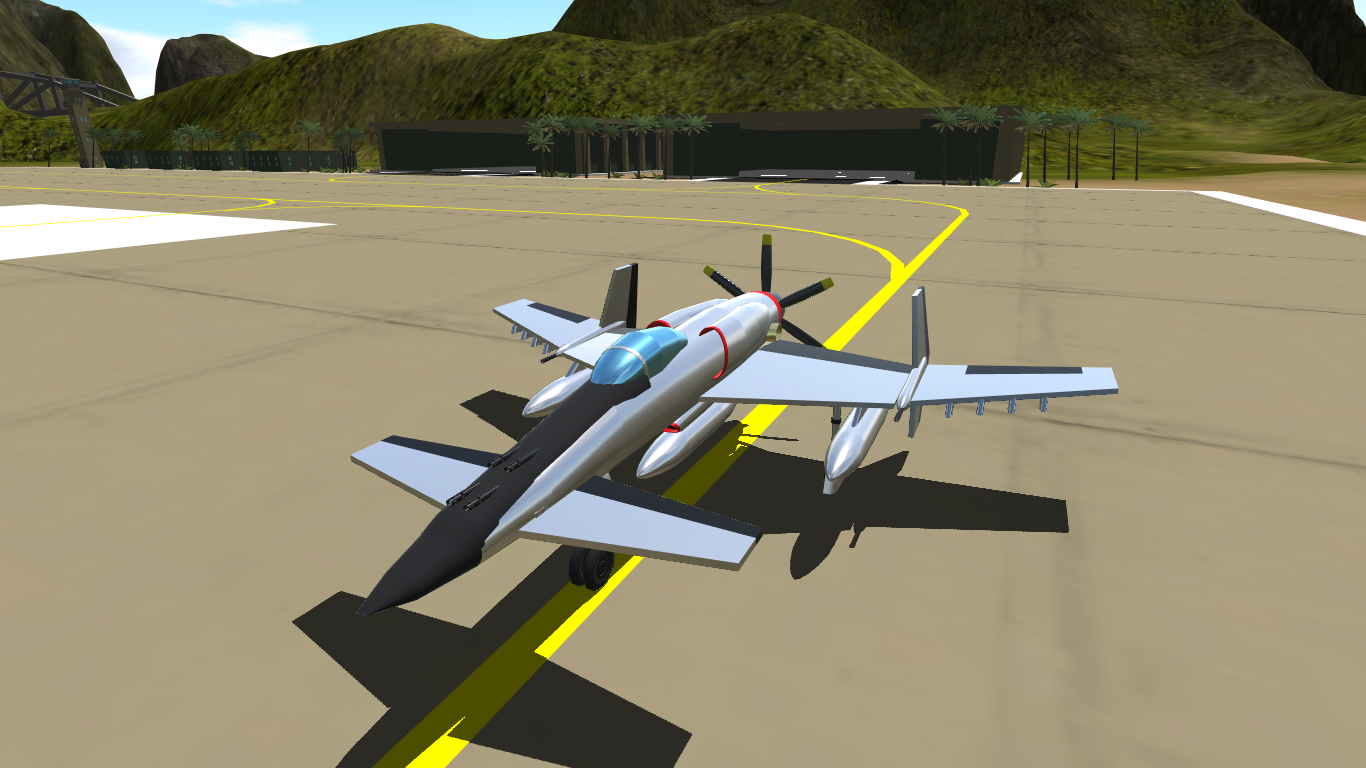 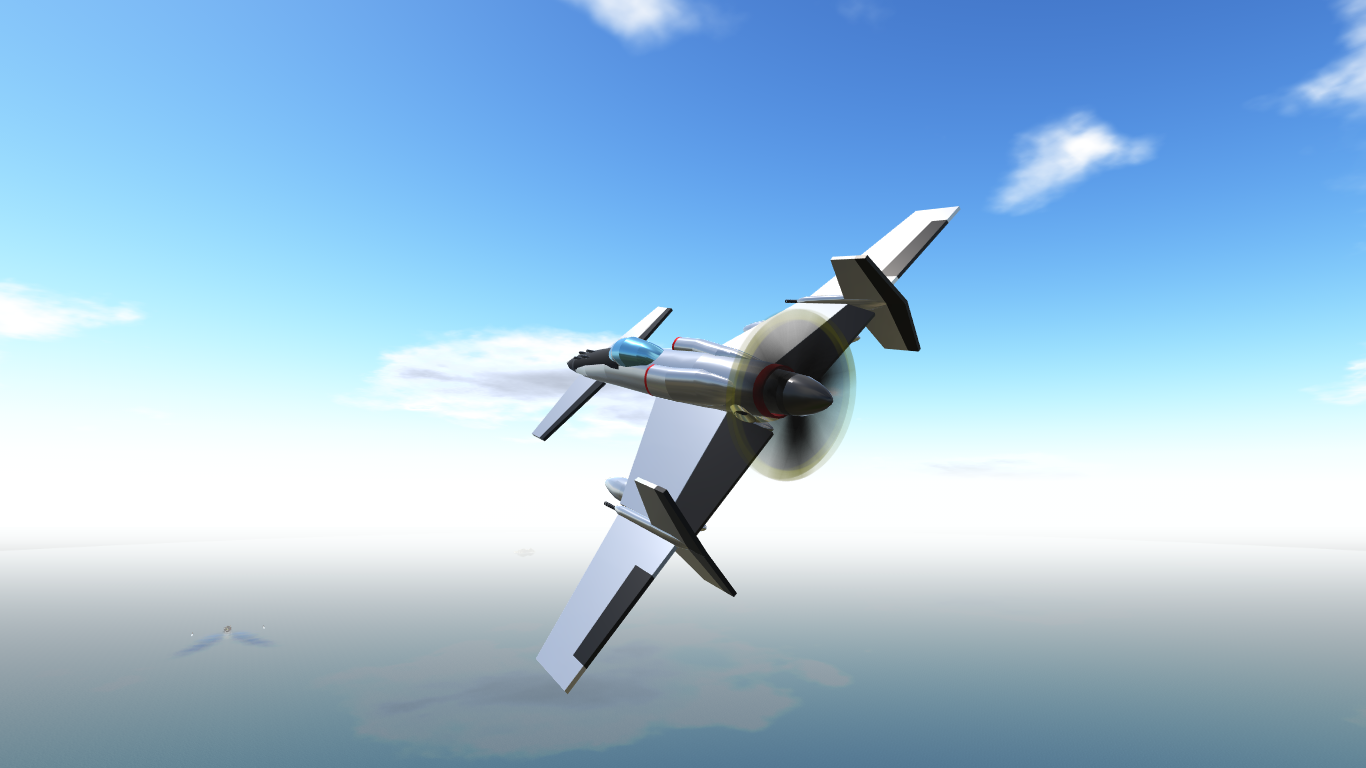 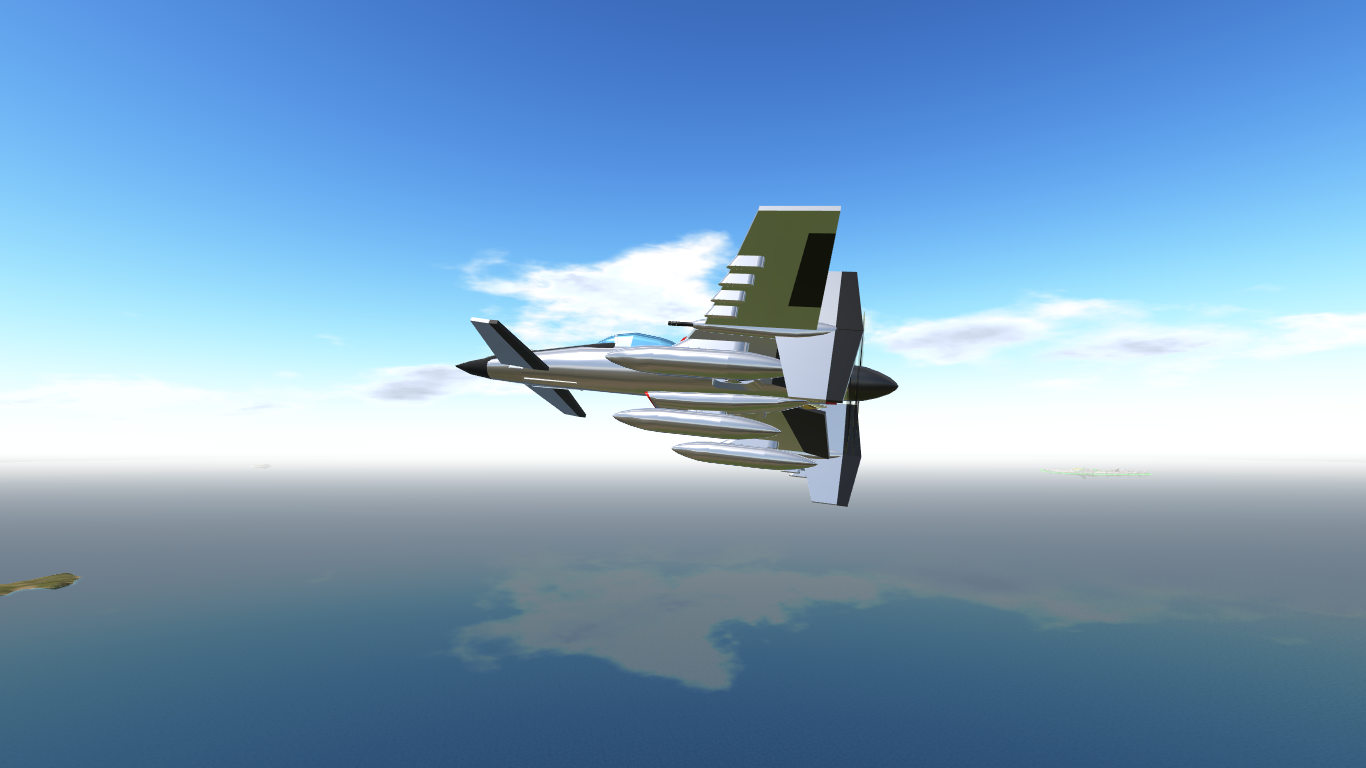 NOTE: Attention to trim at different speed ranges. Maneuver setting (no external tanks): Flaps one notch down, trim one notch down.

With the disappointing performance of Socrux's early jet aircraft, development was continued on propeller-driven fighters for some time. Perhaps one of the most unique examples is the S.Ca. 137 Lince (Lynx). Powered by a large early turboprop engine driving contra-rotating propellers in a pusher configuration, it was intended primarily as a long-range escort fighter, with a secondary interceptor and strike role.

The Lince sits tall on the ground, with its vertical stabilizers protecting the propeller from striking the ground during takeoff or landing. When properly trimmed, its large canards grant it decent agility, though it is definitely not a turnfighter. Properly trimming it is a challenge though, and was the bane of many a test pilot during its flight testing.

It is armed with a rather respectable complement of four 30mm cannons on the nose and two .50 caliber MGs on the wings. Three main hardpoints are usually occupied by external fuel tanks, and weapons for strike missions (usually rocket pods) may be carried in eight smaller pylons which are usually either left empty or removed.

Initially, the Lince achieved its objective of out-performing the early jets of Socrux. Nevertheless, the rapid advancements in design meant that it was soon surpassed by far more capable aircraft. Furthermore, the Lince was a complex, troubled aircraft. The trimming issues, engine reliability concerns, and other issues plagued its development. The large, long nose precludes visibility somewhat, an issue that is only partially mitigated by tapering the nose down and adding an anti-glare panel. Maintenance was difficult due to the exceedingly tall landing gear. This combination of factors meant that the Lince never made it into operational service, with only a couple of prototypes being produced.

P.S.: I think I've been watching too much Sky Crawlers send help 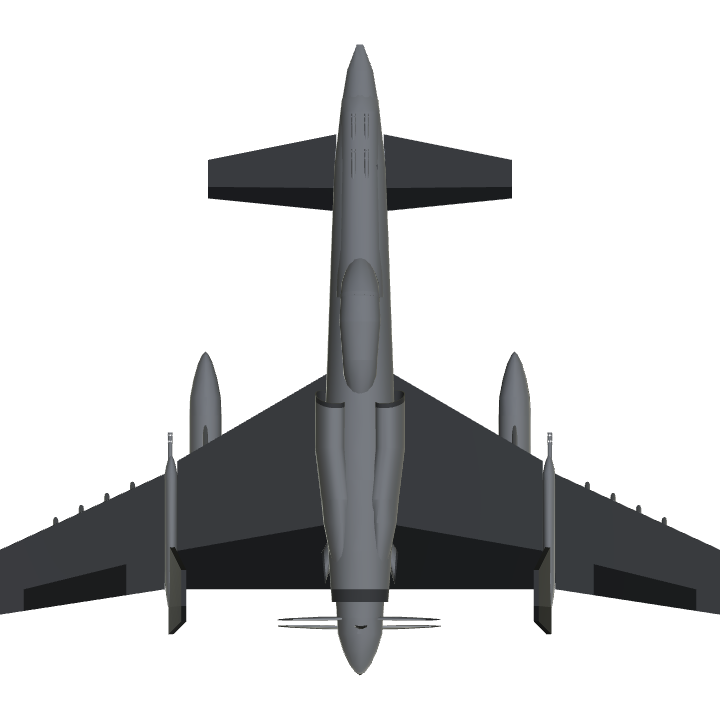 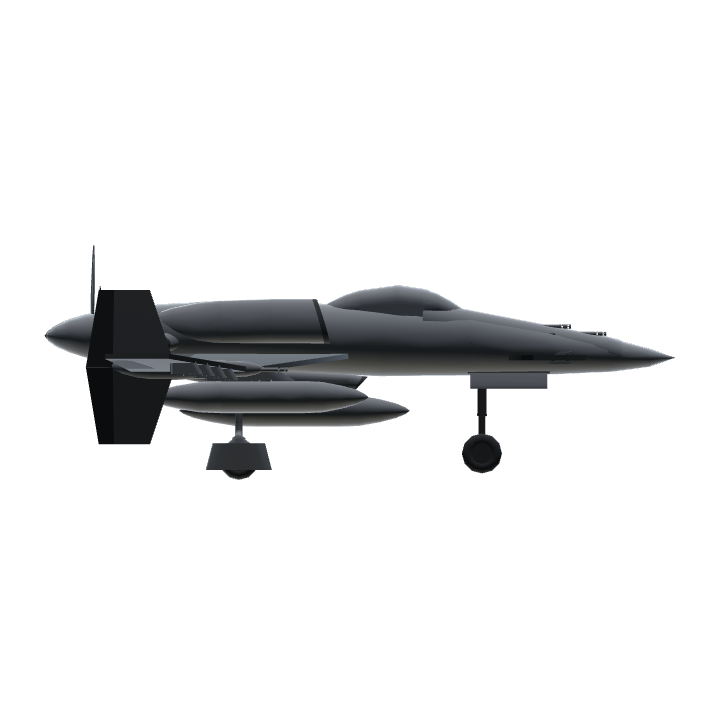 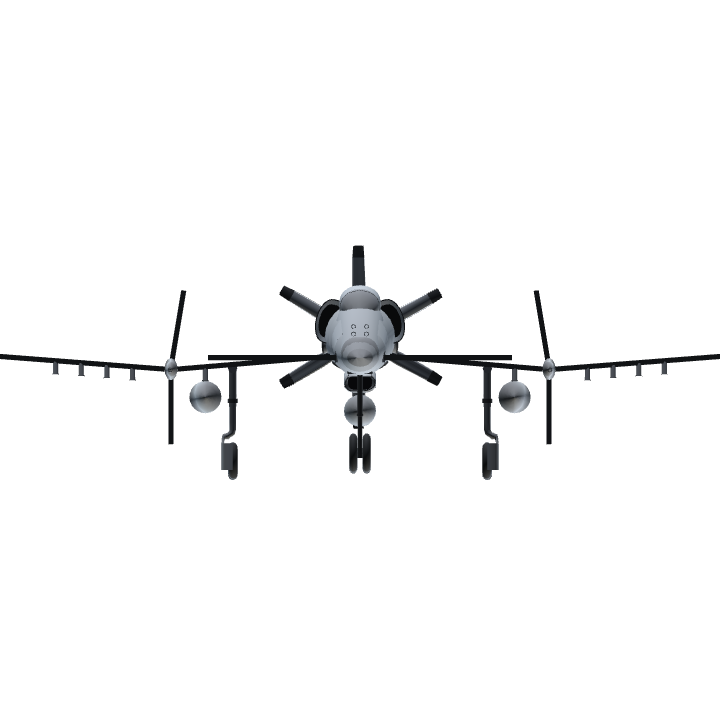