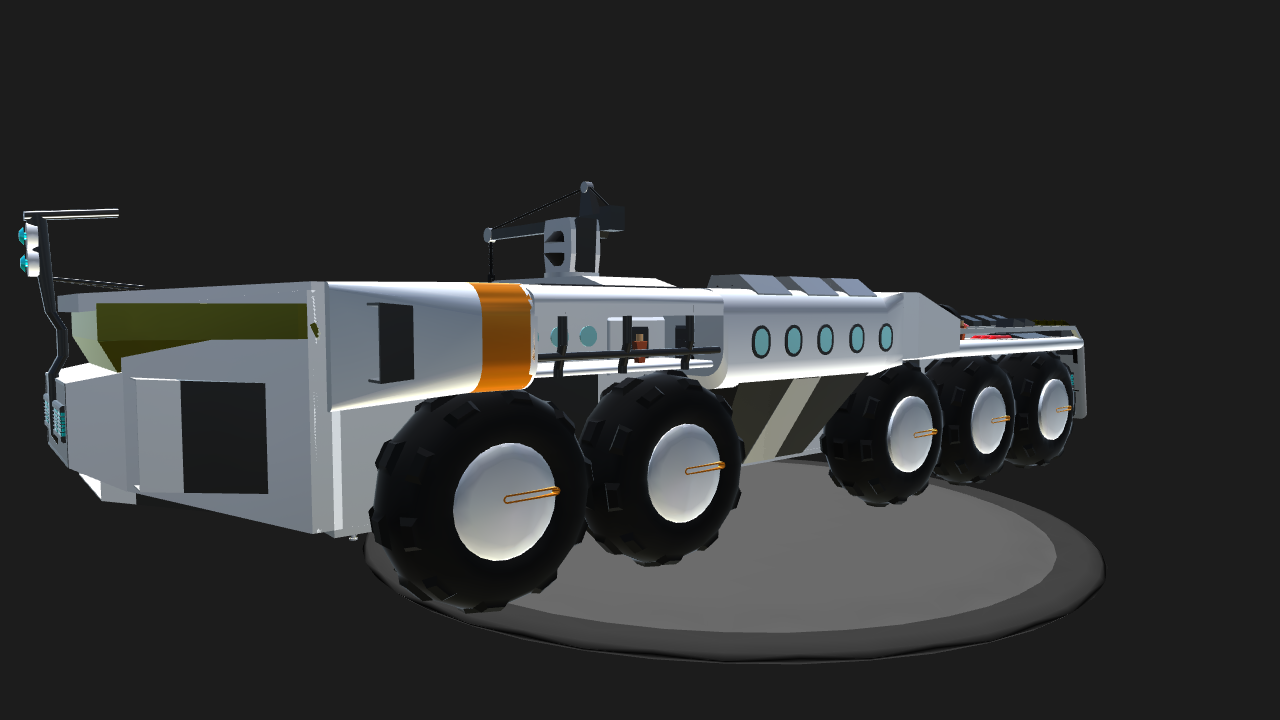 Hi guys this is for @BogdanX's Exploration challenge. I would have added more details but im on mobile and was becoming so laggy it was hard for me to drive. P.S. The orange rectangles with tan circles on top are supposed to be people.
Controls:
To drive main vehicle(R-80 Rhino) press 5 and pitch throttle and yaw steering.
To control crane press for crane and vtol to rotate and trim for string.
To control sliding doors do 2 and vtol.
To release Pathfinder do 6 then vtol up, then activate 3 to control ramp so it barely touches ground, then hit 1 to release Pathfinder and vtol is for vehicle elevation, Pathfinder driving controls are the same as the Rhino's

Specs:
Cargo- Carries supplies such as food and and electronics and also a modular FOB, and finally a rover called the Pathfinder meant for scouting ahead and finding the safest routes for the Rhino to take.
Armor- titaniuarium mined from asteroids and 2 layers of climate shields capable of mimicking temperatures of earth and keeping out the hostile climate of the planet they are exploring.
Fuel-ISo-7 capable of keeping all systems running for up to 6 months.

Lore:
"We thought we had conquered the stars, but infact we awakened an ancient evil." -L.8
The Rhino and Pathfinder were created by NAEA (National Aerospace Exploration Assosiation) for Rich explorers in 2034. After a mission to mars that lasted 5 months to set up a FOB for future explorers. These rovers not only made space exploration safer, but more practical too. This created the second age of exploration with multiple trips there to map out and begin to climatize mars so it was fit for life without space suits. On march 2038 when the first colony was established Strum landimir made the fateful mistake of exploring Olympus Mons....