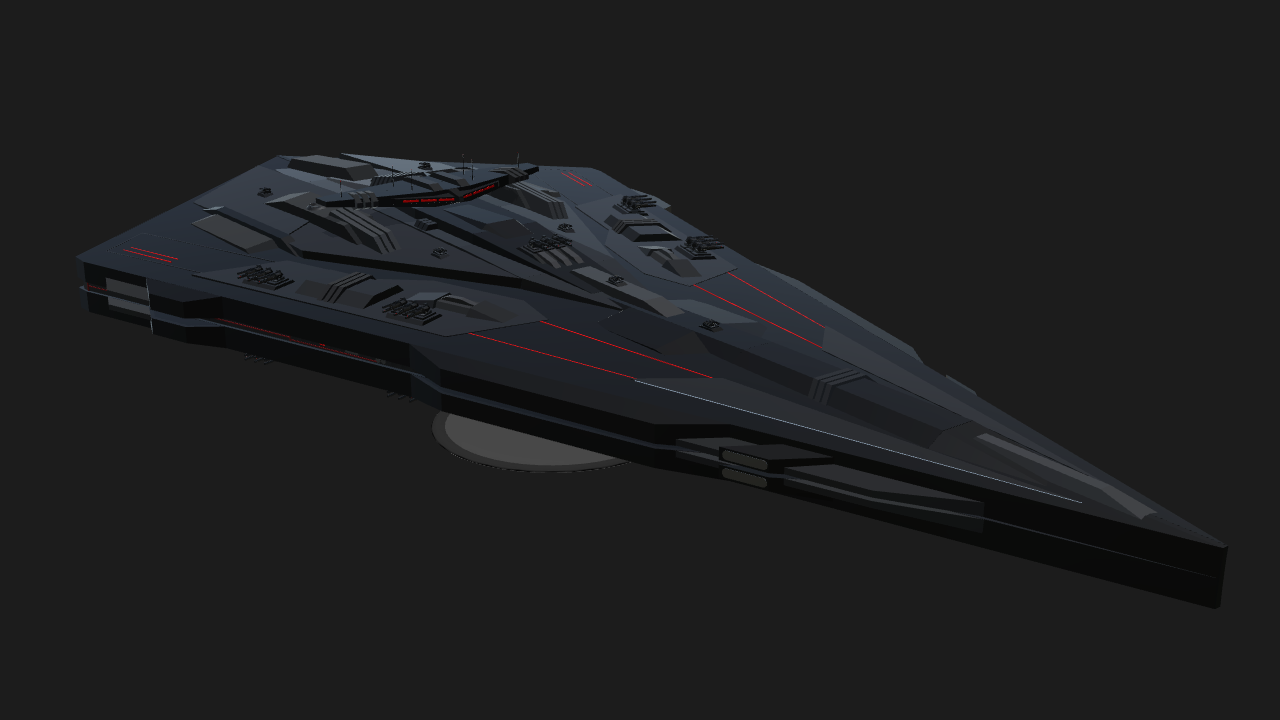 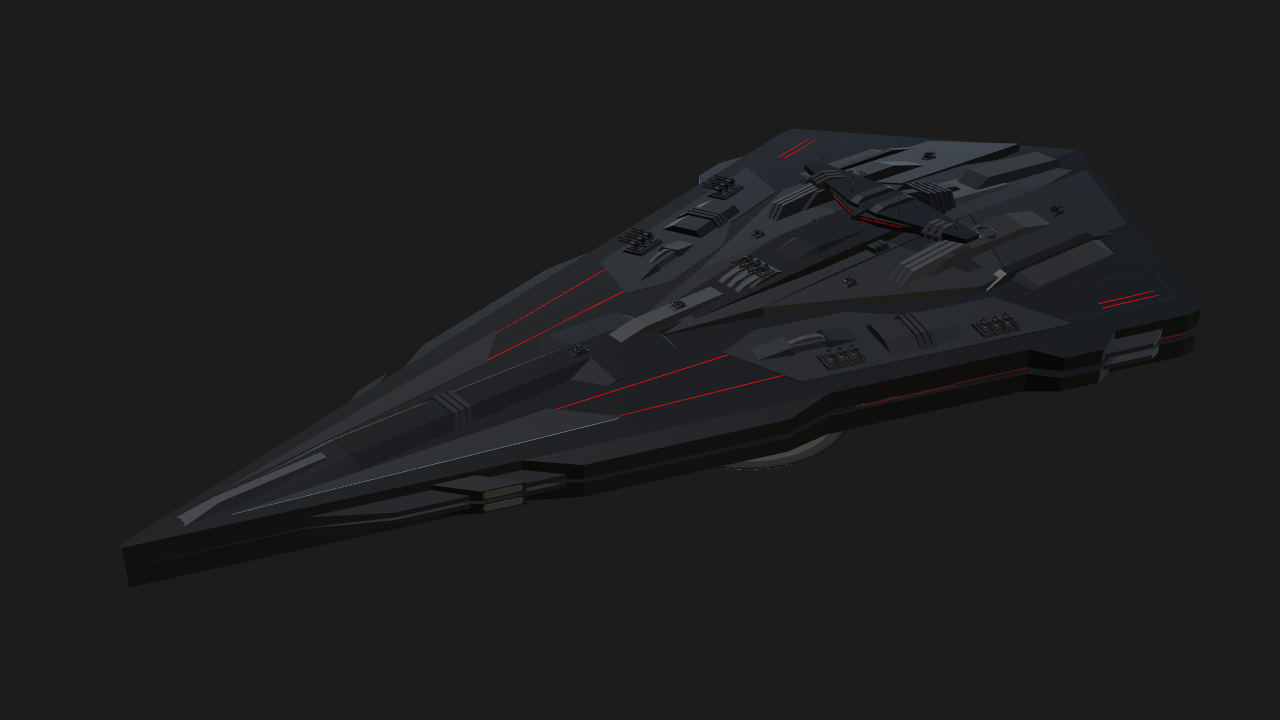 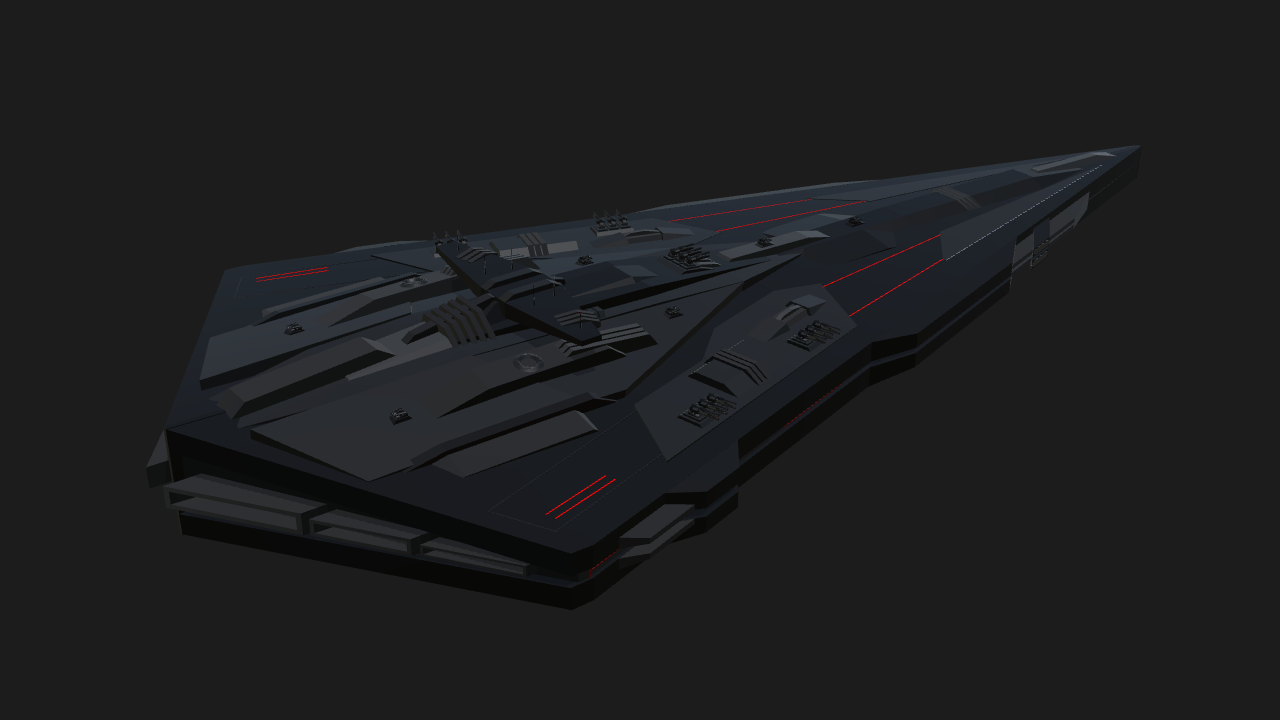 It's good to be back. Here's a Star Wars fanbuild for you.

Prior to the events of The Force Awakens, a scouting party was sent by the First Order to investigate a distress signal coming for deep within the Unknown Regions. The signal's origin was from a derelict warship that possessed technology that was far more advanced than anything in the galaxy. The First Order then built a new warship, codenamed Silencer, by reverse-engineering several of the strange technologies from the mysterious derelict. The First Order then bore witness to the first-ever usage of the hyperdrive as a weapon at the cost of their most important ship, the Supremacy. Extensive research was done to find a way to weaponize hyperdrives, and after finally integrating miniature stunted hyperdrives onto the strange kinetic weapons reverse-engineered from the derelict, the First Order have finally created the most powerful non-energy-based shipborne weapon in the galaxy. Kyber crystal-enhanced railguns were mounted onto the Silencer, a ship built to be the technological apex of the First Order.

The Silencer, the first of the Executioner-Class dreadnoughts, features a new form of FTL travel, called a blink drive. This allowed the ship to relocate itself to any point in the galaxy in, quite literally, a blink of an eye, with the only downside being a memory lapse to anyone aboard the ship during the relocation process. It also possesses newer and more efficient engines that allowed it to travel faster and longer for less fuel. It is also equipped with a new shielding system that absorbs and relays energy from incoming weapons fire to critical systems, boosting the ship's performance in battle. The ship's defining feature, however, is its kyber crystal-enhanced railguns. Not only are they powered by the same stuff found in lightsabers, they also use a a stunted version of a hyperdrive to further increase the weapon's firepower by propelling solid projectiles at near lightspeed. Initial tests have went beyond expectations. It is only a matter of time before the Silencer rolls of the docks, ready to be commanded by a worthy captain. 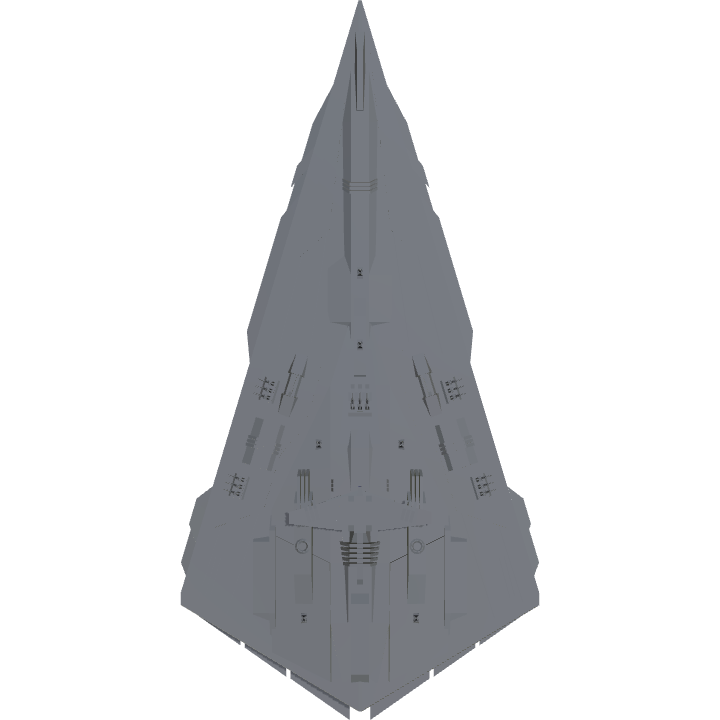 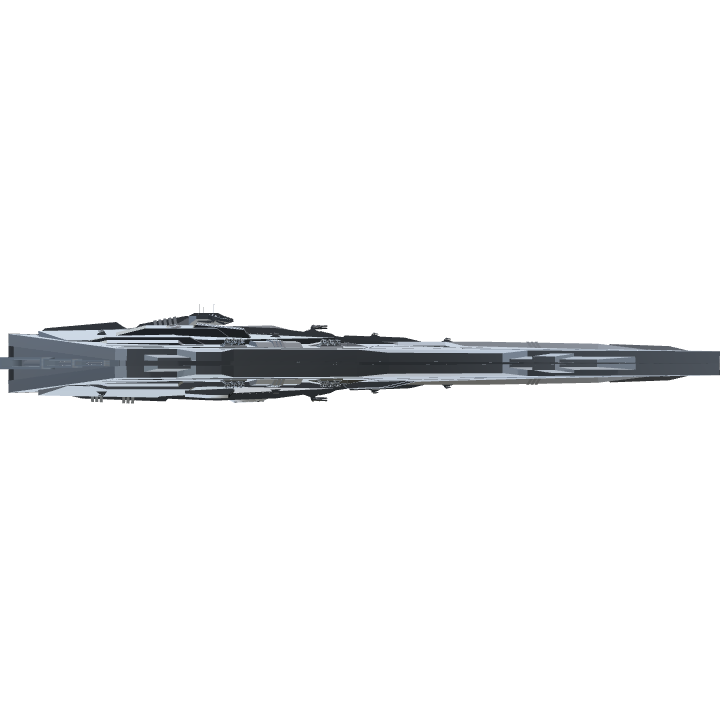 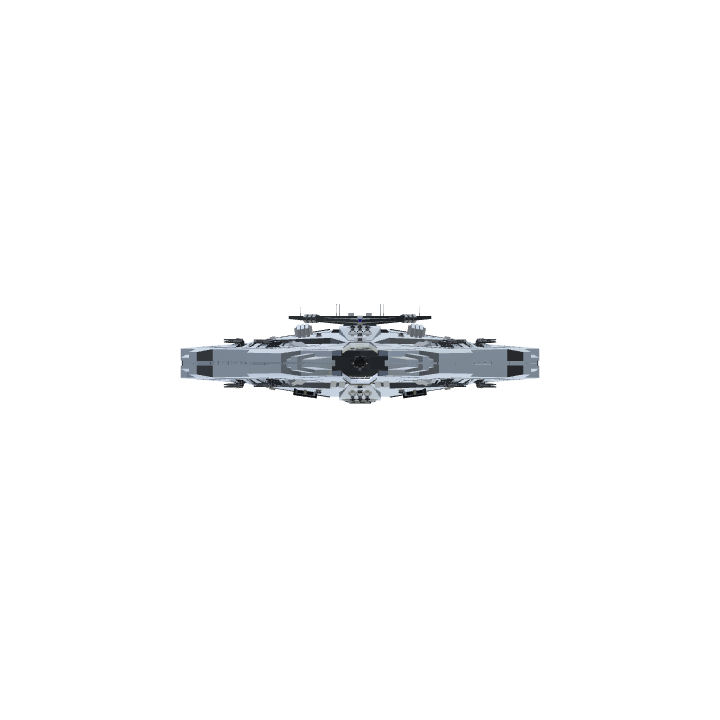