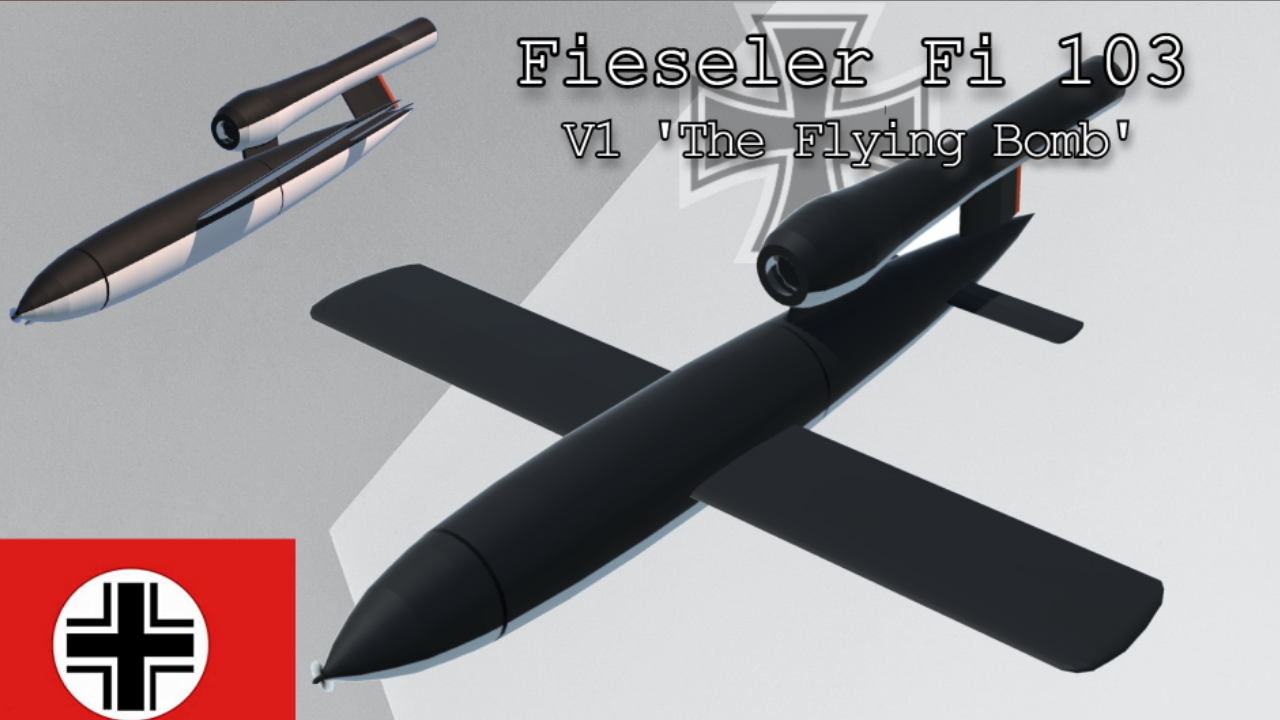 A simple build to ease the pressure after the MiG-31. Took me 5-6 hours to make over the course of two days.

Just spawn it and fire it like you would an Air-To-Surface missile. Do not fire the bombs.

The V-1 flying bomb (German: Vergeltungswaffe 1 "Vengeance Weapon 1"[a])—also known to the Allies as the buzz bomb, or doodlebug,[3][b] and in Germany as Kirschkern (cherry stone)[c] or Maikäfer (maybug),[d] as well as by its official RLM aircraft designation of Fi 103[5]—was an early cruise missile and the only production aircraft to use a pulsejet for power.

The V-1 was the first of the so-called "Vengeance weapons" series (V-weapons or Vergeltungswaffen) deployed for the terror bombing of London. It was developed at Peenemünde Army Research Center in 1939 by the Nazi German Luftwaffe at the beginning of the Second World War, and during initial development was known by the codename "Cherry Stone". Because of its limited range, the thousands of V-1 missiles launched into England were fired from launch facilities along the French (Pas-de-Calais) and Dutch coasts. The Wehrmacht first launched the V-1s against London on 13 June 1944,[6] one week after (and prompted by) the successful Allied landings in France. At peak, more than one hundred V-1s a day were fired at south-east England, 9,521 in total, decreasing in number as sites were overrun until October 1944, when the last V-1 site in range of Britain was overrun by Allied forces. After this, the Germans directed V-1s at the port of Antwerp and at other targets in Belgium, launching a further 2,448 V-1s. The attacks stopped only a month before the war in Europe ended, when the last launch site in the Low Countries was overrun on 29 March 1945. 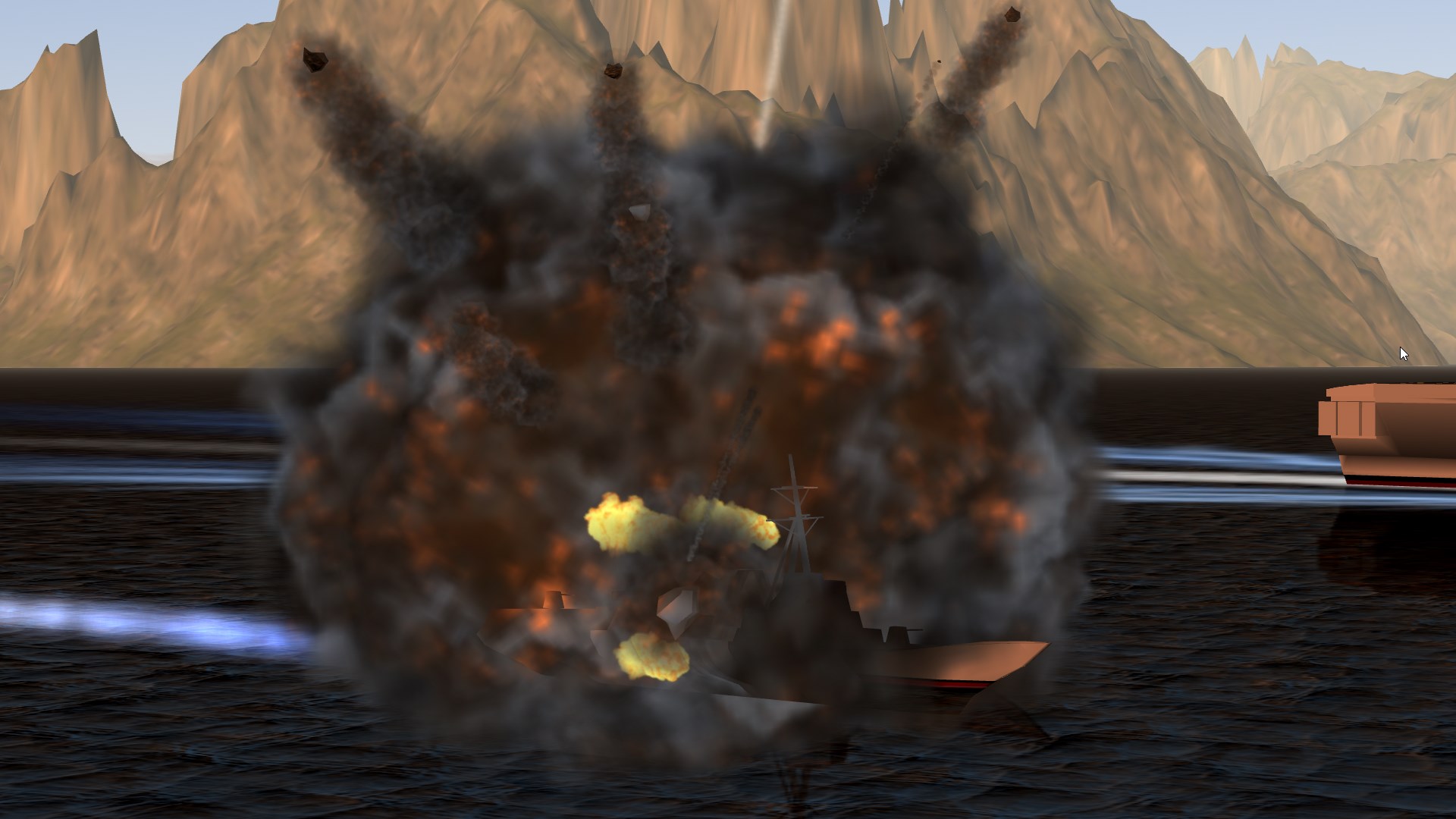 Hope you enjoyed this simple and minimalistic build. This is only one of two V1s I could find on the site; the other was made by SR over two and a half years ago. 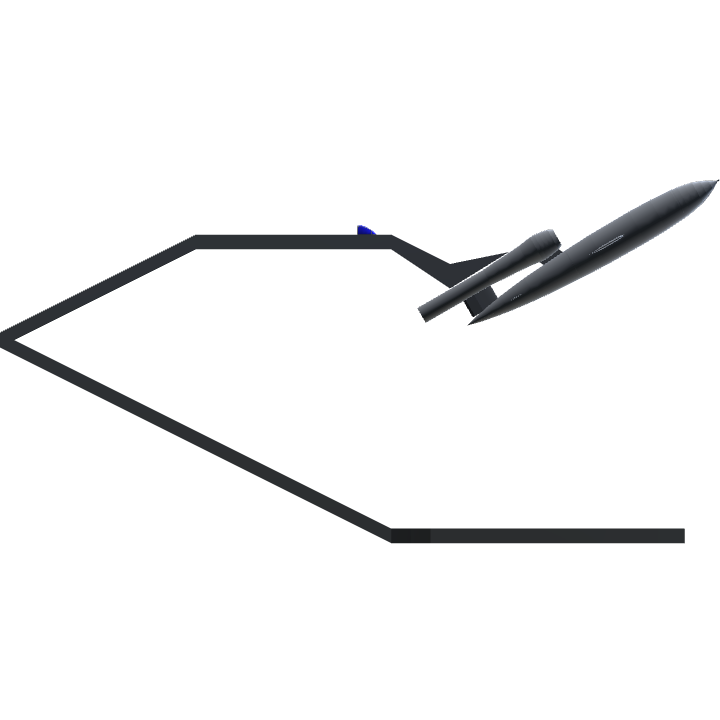