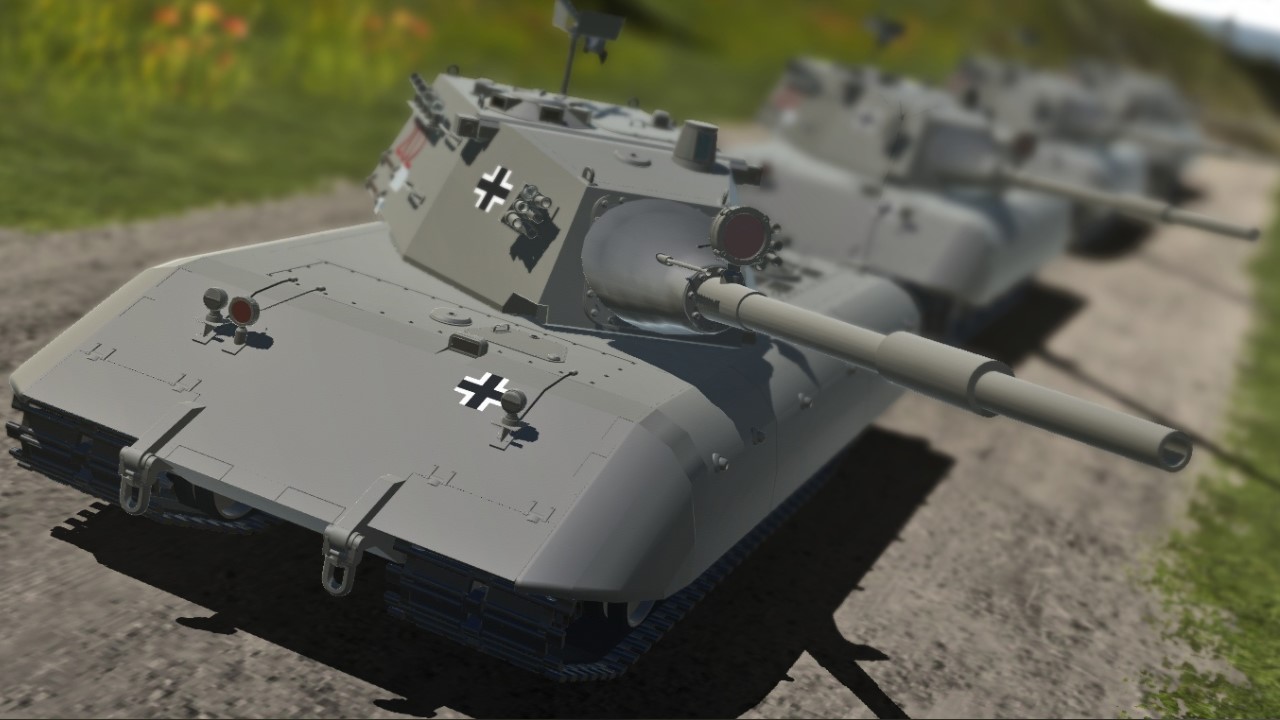 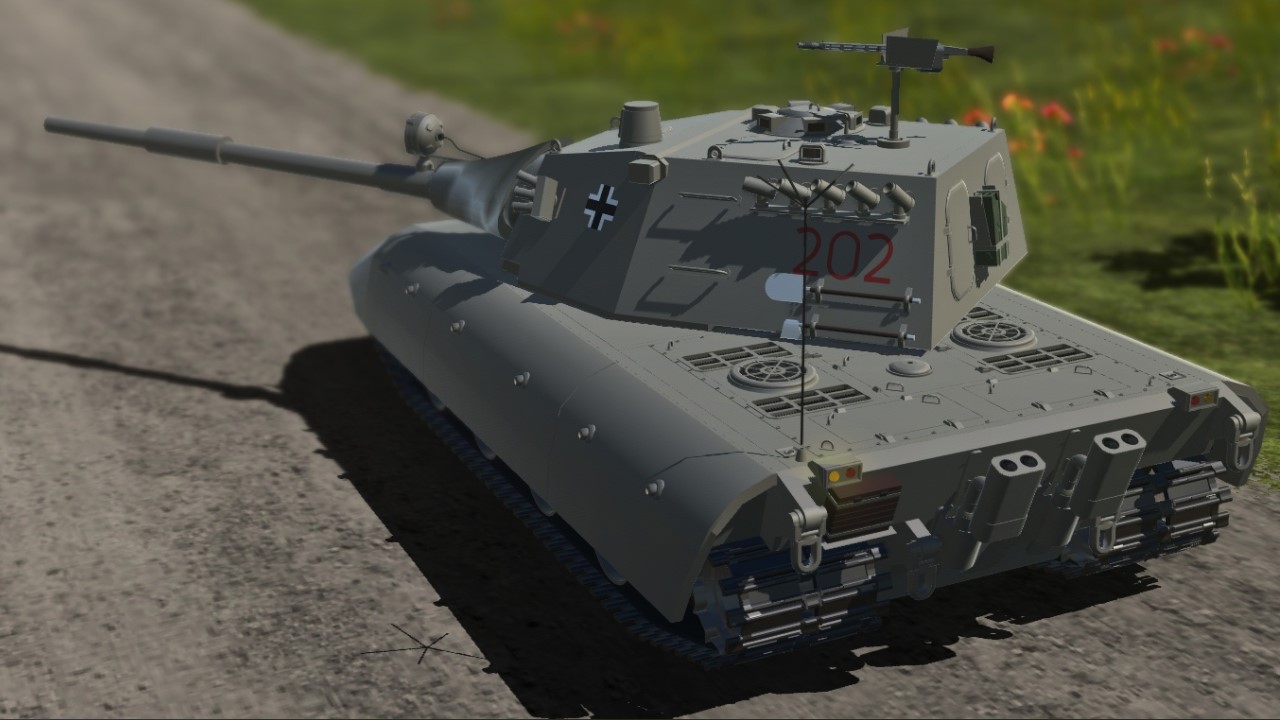 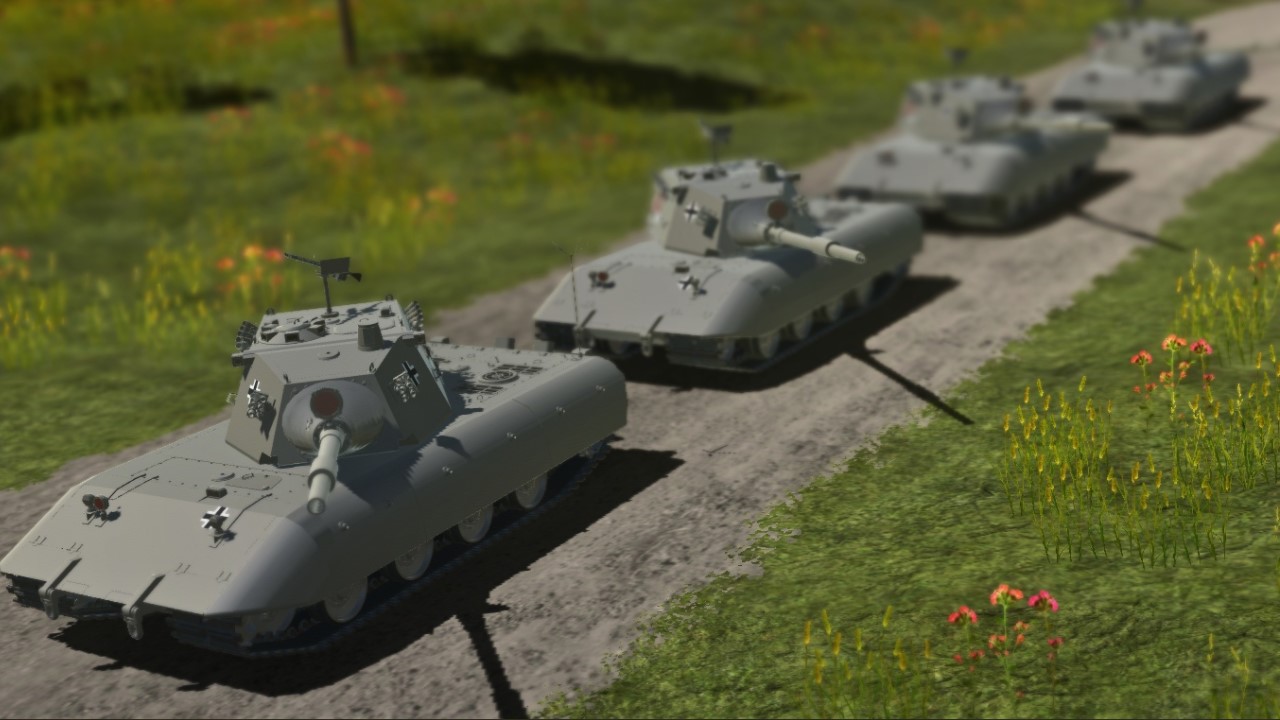 Done! After a month of work... 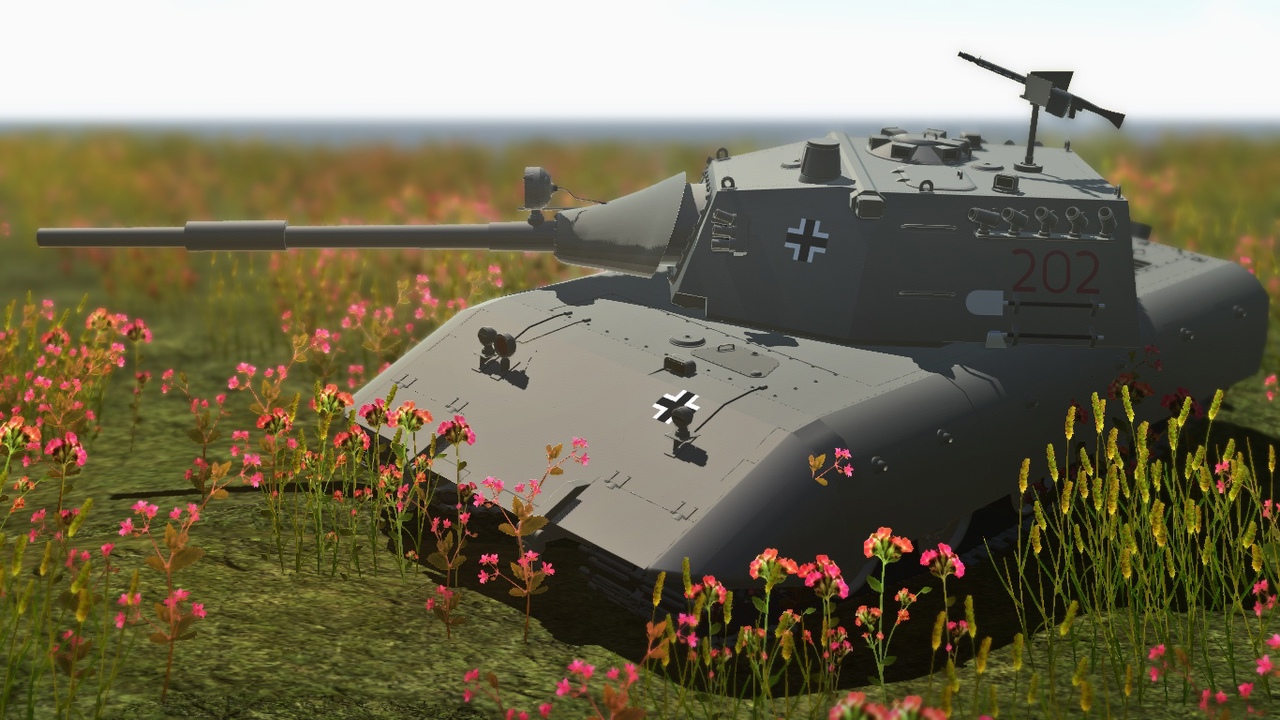 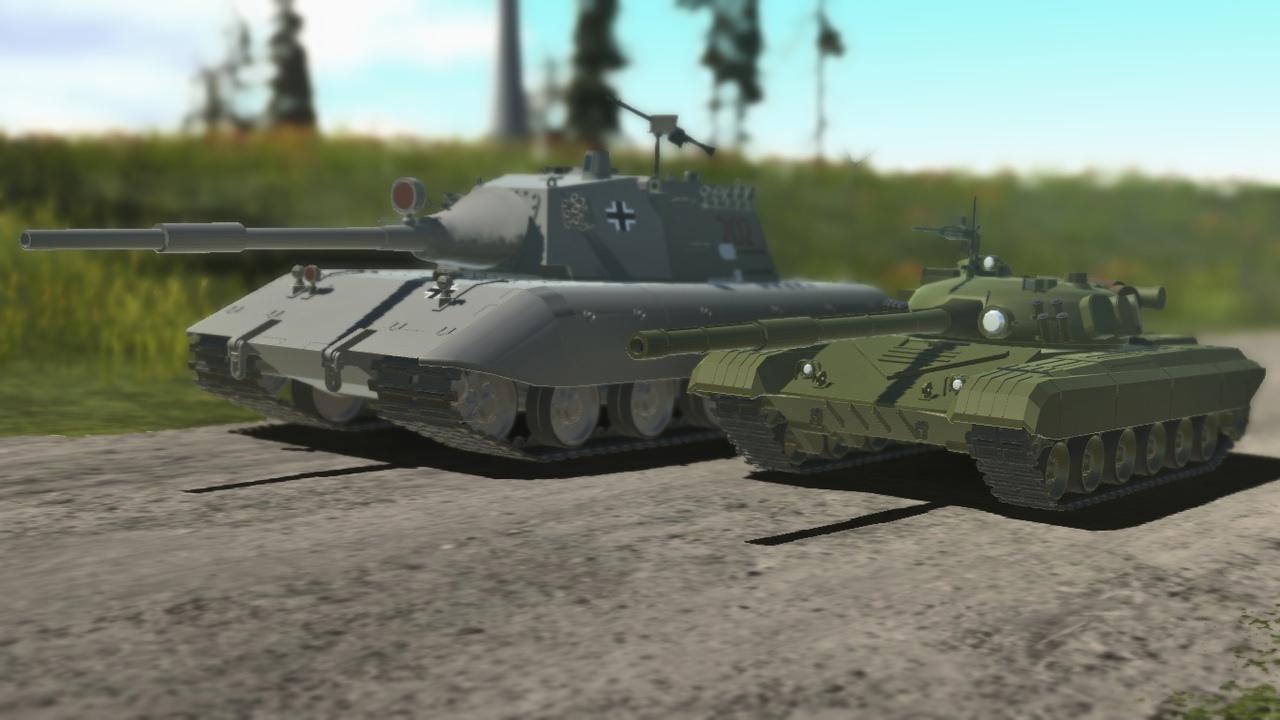 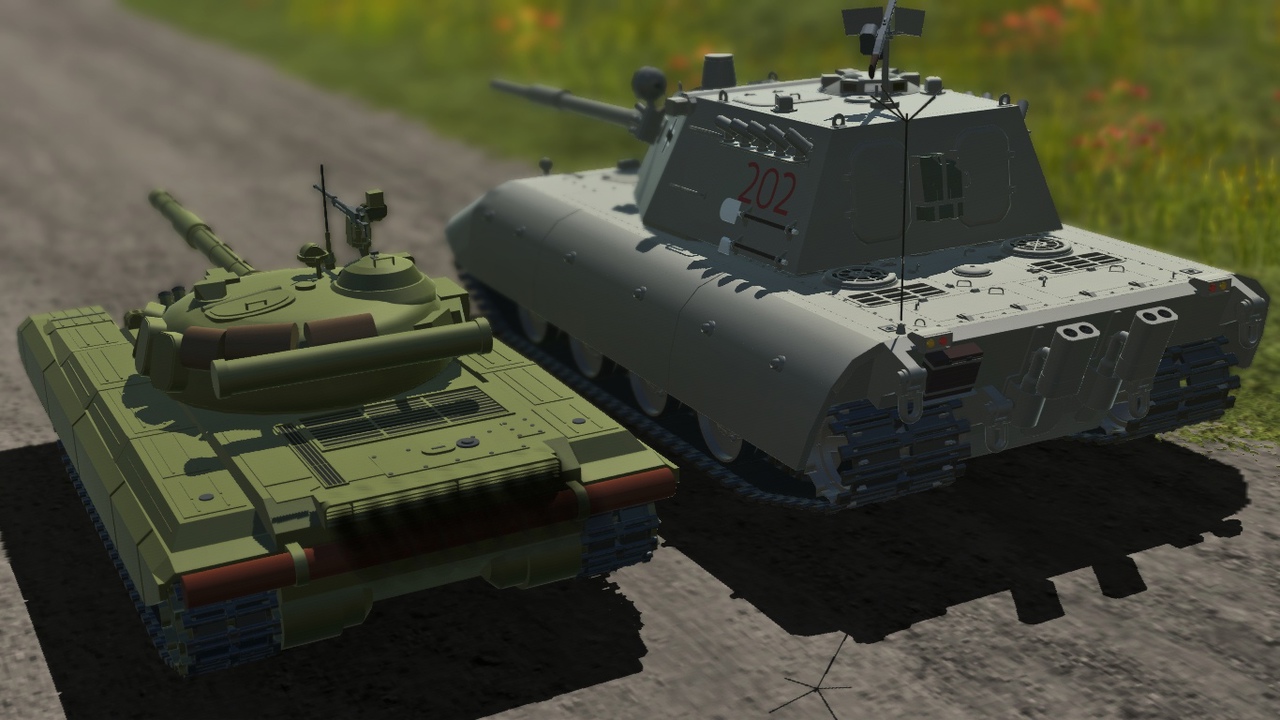 The development of a super heavy tank (Tank of Ultimate Parameters) began at the end of 1957, when the potential threat of a new offensive by the "Soviet Union" was absolutely maximum, especially considering that the "Soviet Union" had the latest medium and heavy tanks, ranging from tanks like (T-55) to tanks like (IS-11).
Given the need for Nazi Germany to have a tank capable of withstanding heavily outnumbered enemy tanks, a programme was launched to develop the latest and possibly last super-heavy tank, which would incorporate all the best technology available at the time. Thus began the project, which was codenamed (Scharnhorst), to confuse potential spies.
...

In the mid 1960s, a few years after the programme began (Scharnhorst), the first prototype of the tank was made and its estimated weight was 98 tonnes, which did not prevent this monster from having very good mobility, superior to some medium tanks. In particular, the installed 1800 hp engine allowed the tank to have a power density of about 18.2 horsepower per ton, providing a confident road speed of 52 km/h.
The ground speed of the tank was eventually about 38 km/h, with a specific pressure of the tank on the ground of about 0.72 kg/cm2, such low ground pressure is provided by tracks whose width is about 1100 mm, the same width was in the super heavy tank (Maus).

To counteract enemy tanks, it was decided to install a new 120-mm gun, which was comparable in firepower to its predecessor's 128-mm guns, but was also lighter.
The gun was equipped with a stabilizer and loader, and was capable of engaging targets with a height of 2 meters at a range of 2 kilometres, traveling at 35 km/h, with a 10 km/h increase in hit accuracy of 8 percent.

The secondary armament of the tank was two machine guns. The first machine gun, coaxial with the main gun, was a 15mm caliber machine gun which was designed to be fired at targets because the projectile and bullet travel speed is the same, and to defeat lightly armoured targets. The second machine gun, at 8.6x70mm caliber (MG-60), was intended to counter enemy infantry, and its turret had a swivel range of -30 and +30°, giving it protection against infantry in buildings.

The tank's armour provided absolute invulnerability to all types of anti-tank guns, guided missiles and other anti-tank weapons in its frontal projection, through the world's first use of combined armour, thus ensuring reliable armour protection against all means of attack, until the 1980s.
The tank's equivalent value against shaped charge ammunition was over 500mm and against kinetic projectiles also over 500mm, enabling the tank, while under enemy fire, to destroy all advancing enemy tanks.

The characteristics of the tank: 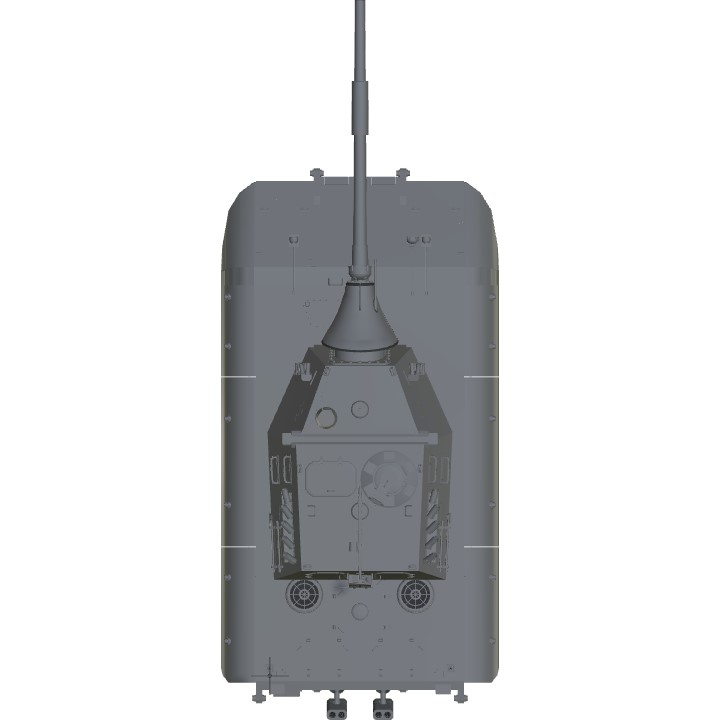 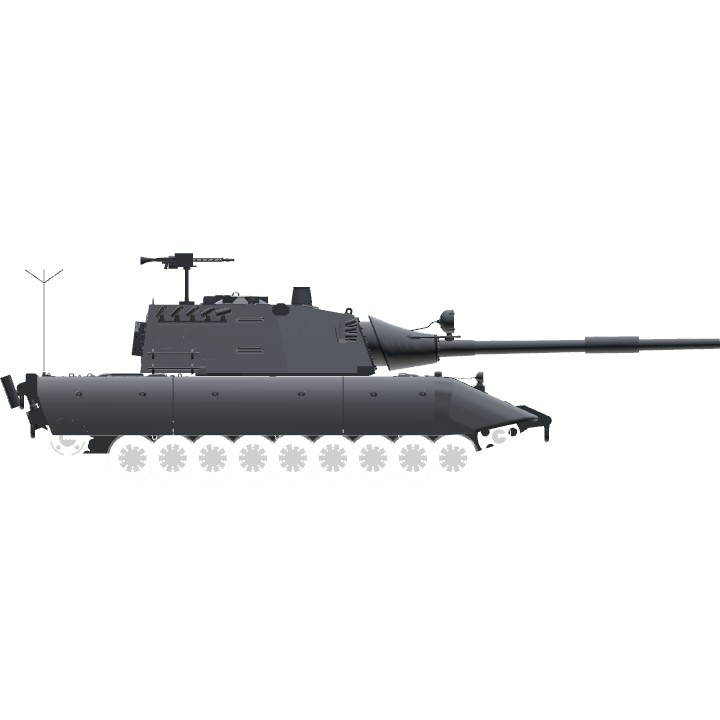 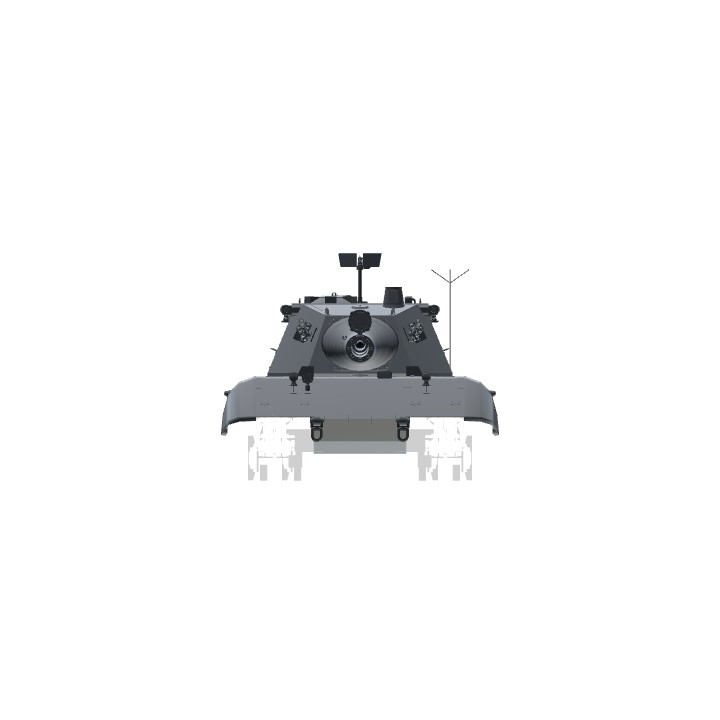