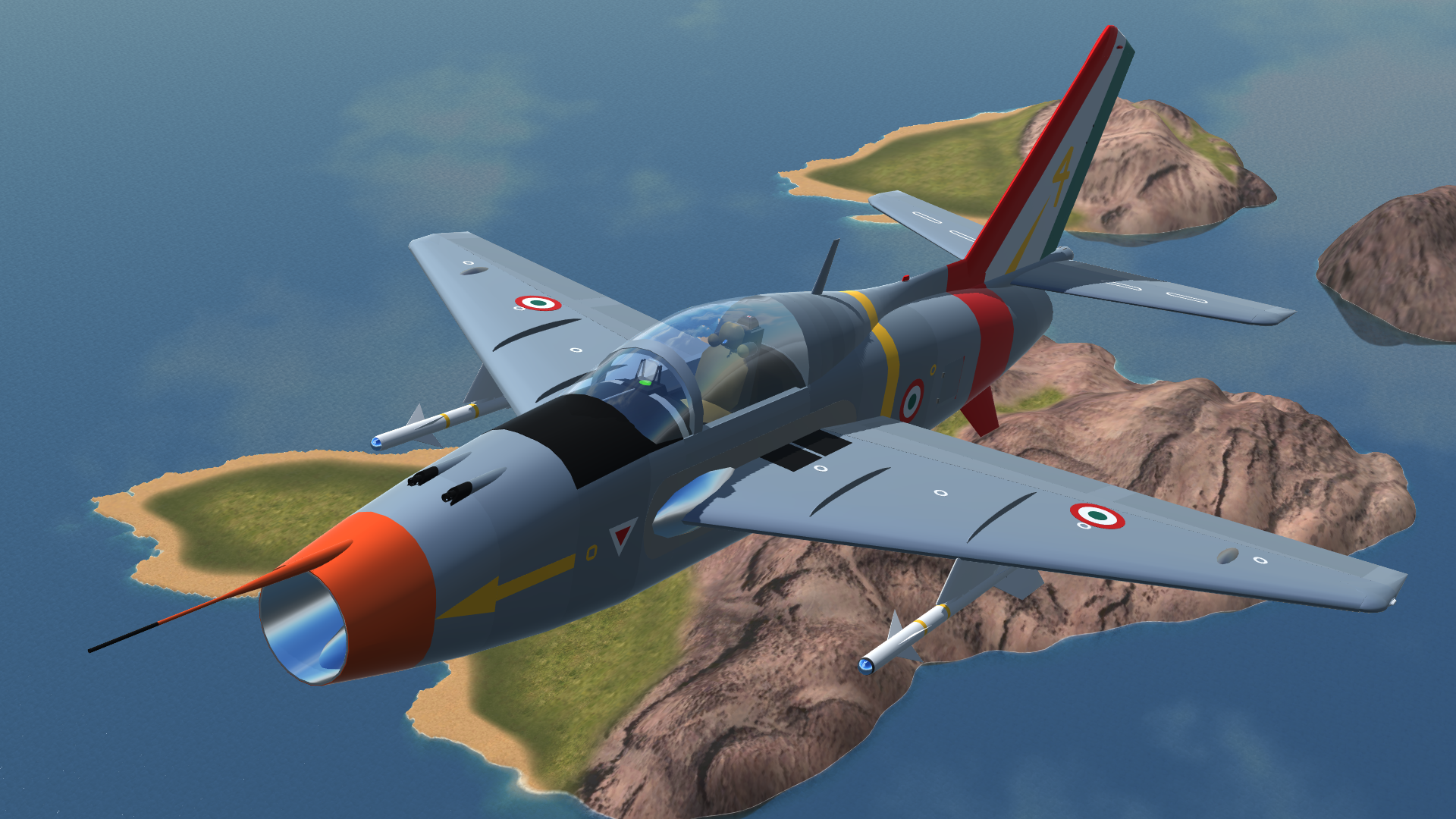 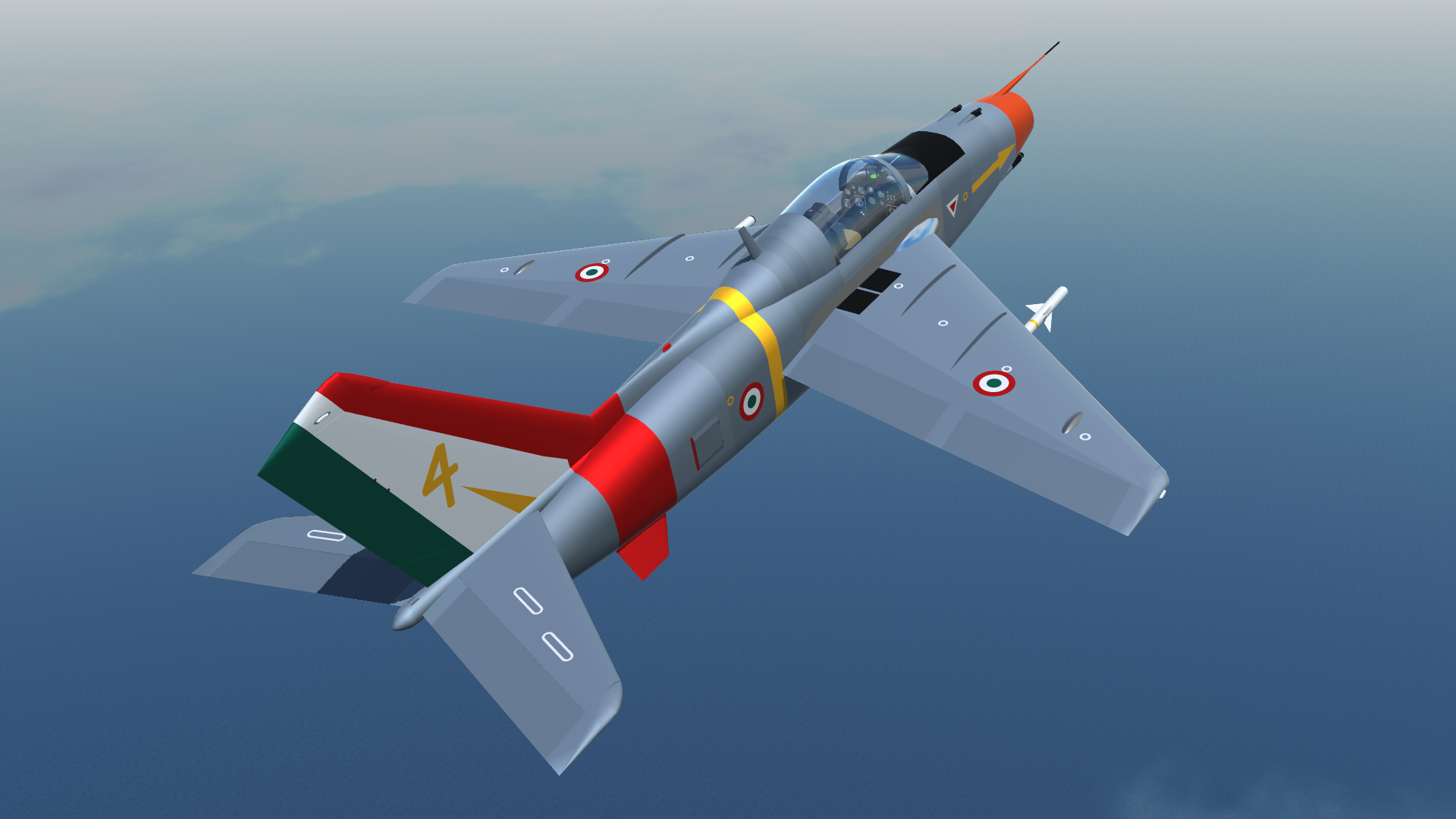 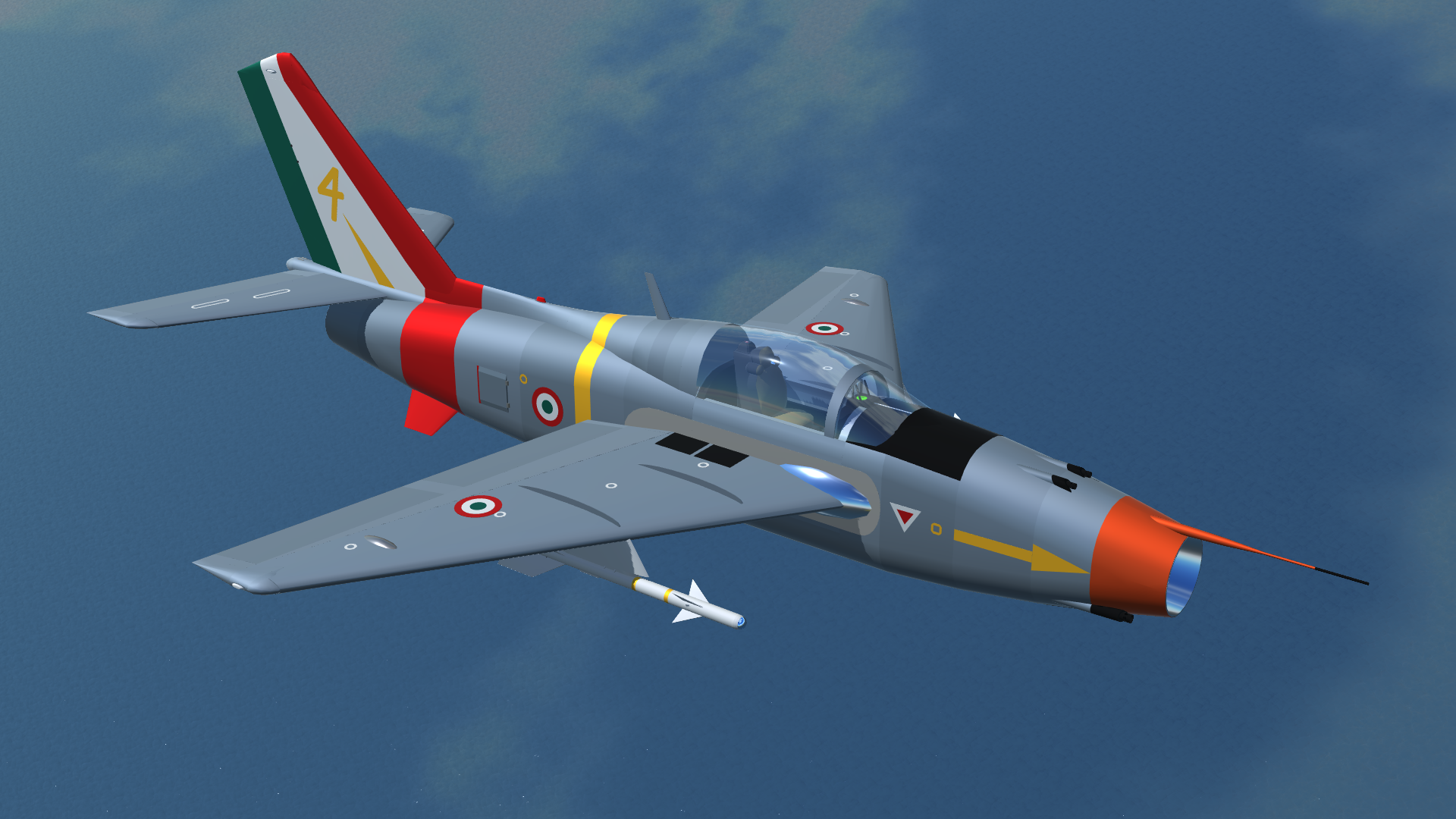 History
The CR.78 Fuciliere is an evolution of the CR.77 model. This time it has been designed in a more realistic way, without losing the essence of the original. Improvements have been made to the flight dynamics, to get closer to the sensations of real flight. Now it is possible to do spins and acrobatic maneuvers and obtain a greater immersion with the full cockpit and the ejection seat. The Fuciliere, incorporates auto-trim for the first time. This system allows the plane to be self-leveling without the need for a gyroscope. This allows the aircraft to make Trim adjustments so as not to lose altitude. In the cockpit, a tail radar warning device has been incorporated, which indicates the position of the enemy. It also includes an automatic range system to indicate to the pilot, the optimal moment to launch their missiles. The Fuciliere incorporates many automatisms that make it a pleasant product to drive and very addictive. I hope you like it.

Highlights
* It can perform spin, tail drop and hammer maneuvers.
* It includes an auto-trim system that allows the leveling of height to military power.
* Fully functional cockpit and ejection seat.
* Improved flight model.

Flat spin
Reach a sufficient altitude. Set the aircraft's angle of attack between 65 and 80 degrees. Turn off engines or keep it idling. The plane will lose speed. Keep the nose of the plane as high as you can. When the plane's speed drops to 120 mph, use the rudder to the left or right and roll in that same direction. You will notice that the plane loses control and turns on itself in a spin, which you can control easily.

Landing
It is recommended a speed of 165 mph and use the braking parachute. Using the speed brake will also help.

Using the Sidewinders
They have a short range, since they are the AIM-9B version. It is recommended to be very close to ensure the elimination of the enemy.

**Use without mods**
You can use this plane without mods. You just have to download the plane. It will appear empty. Then click on the undo button and then redo. You will see the complete plane appear without the Mod components. 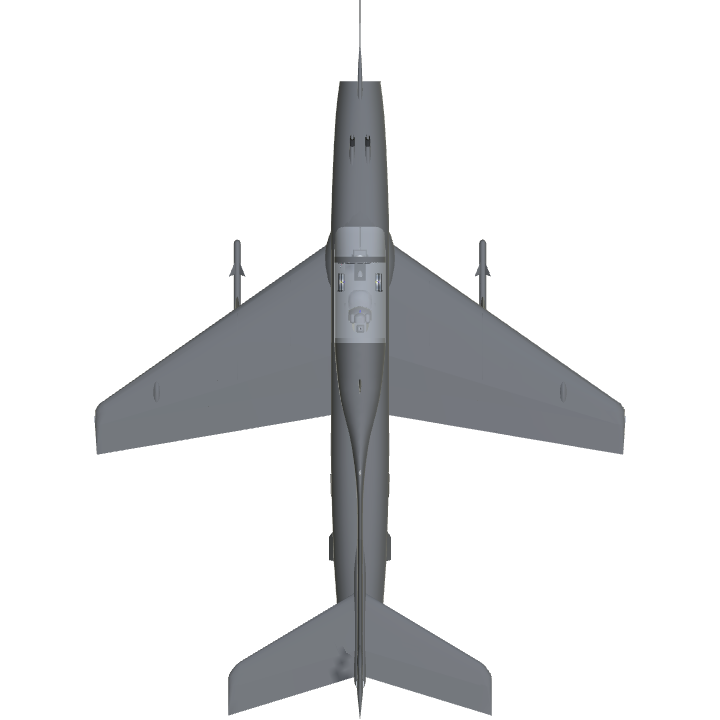 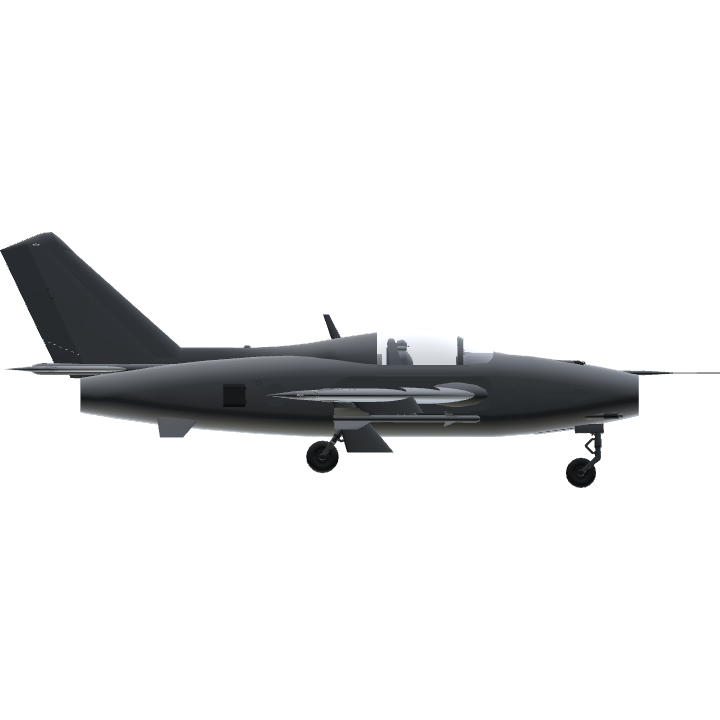 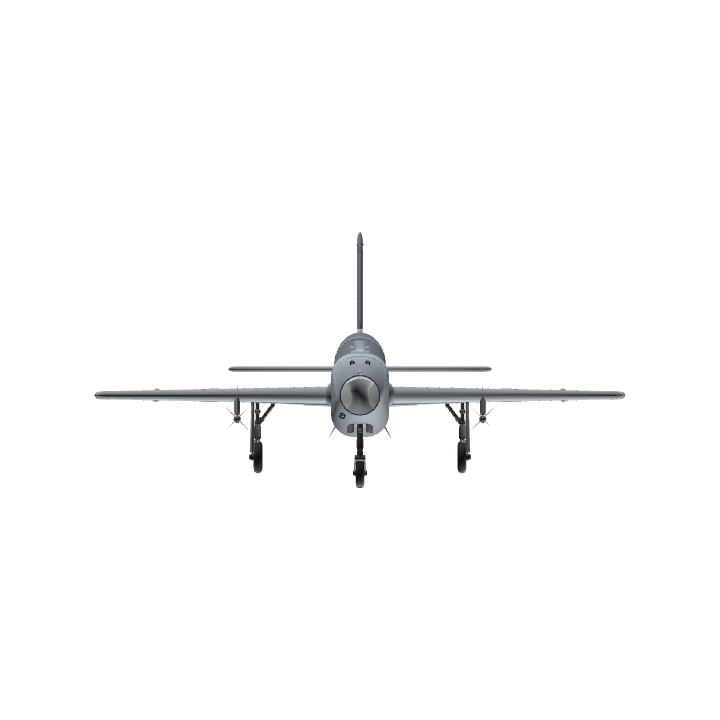