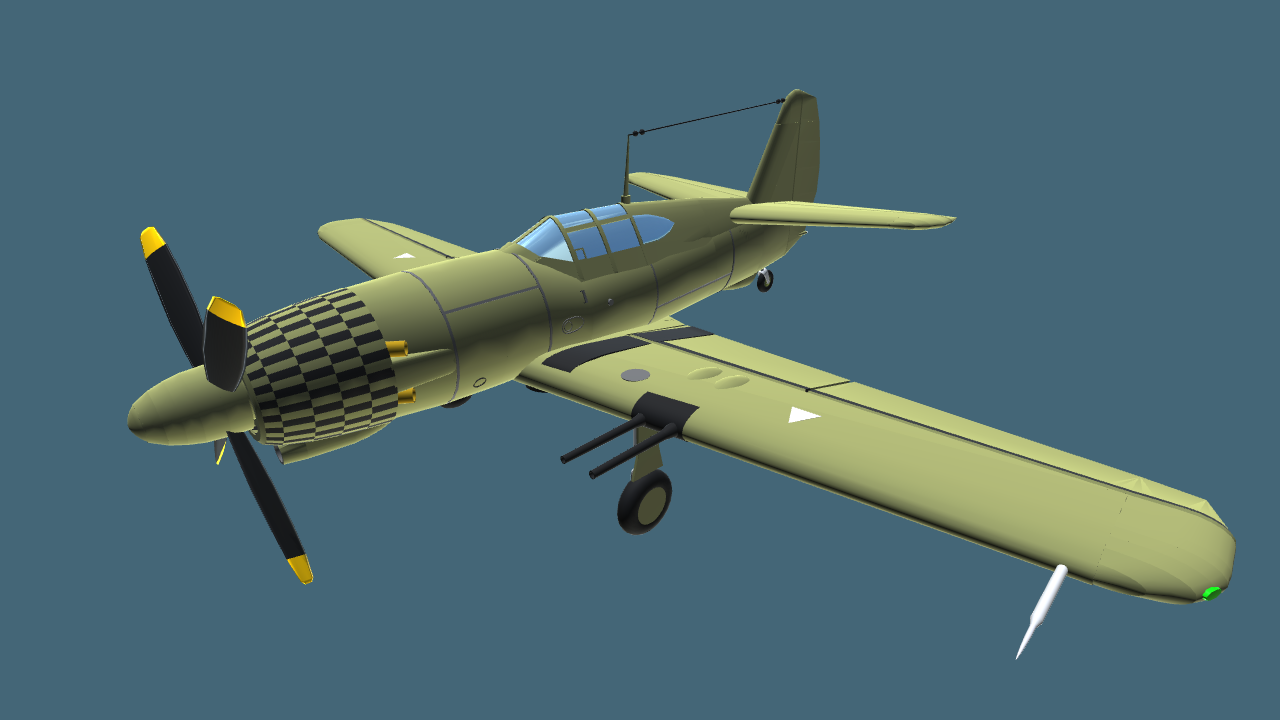 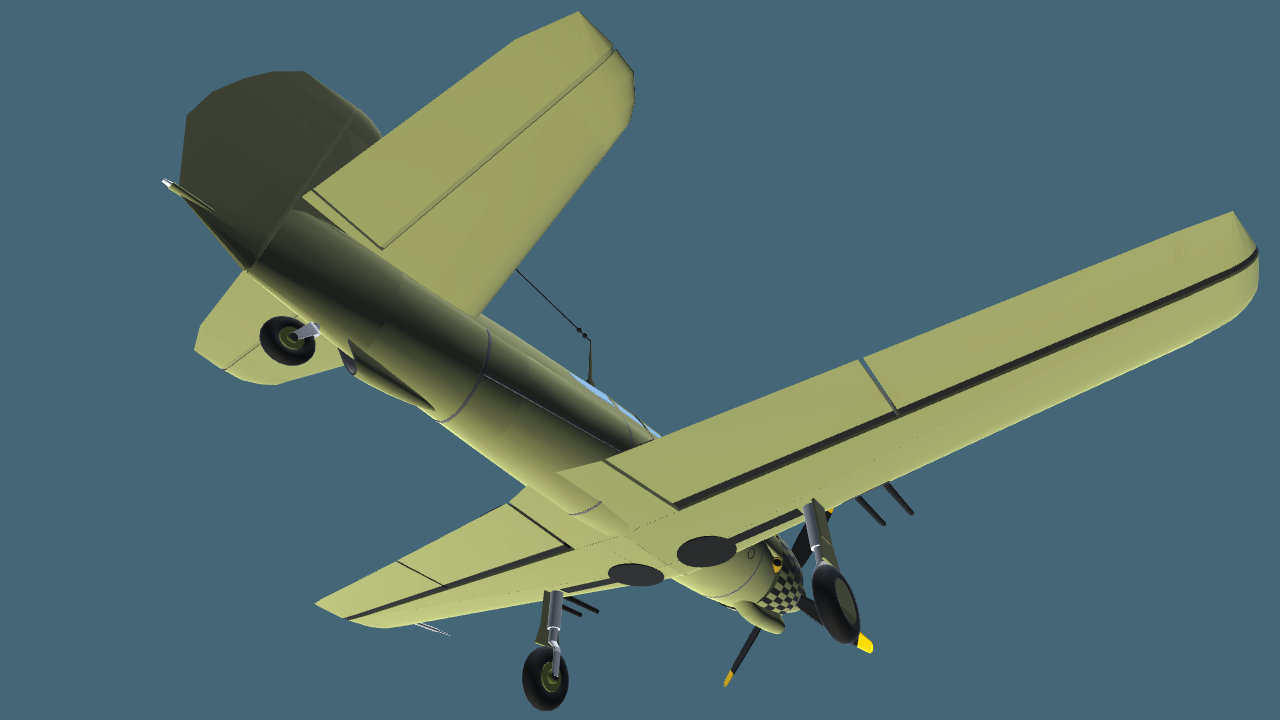 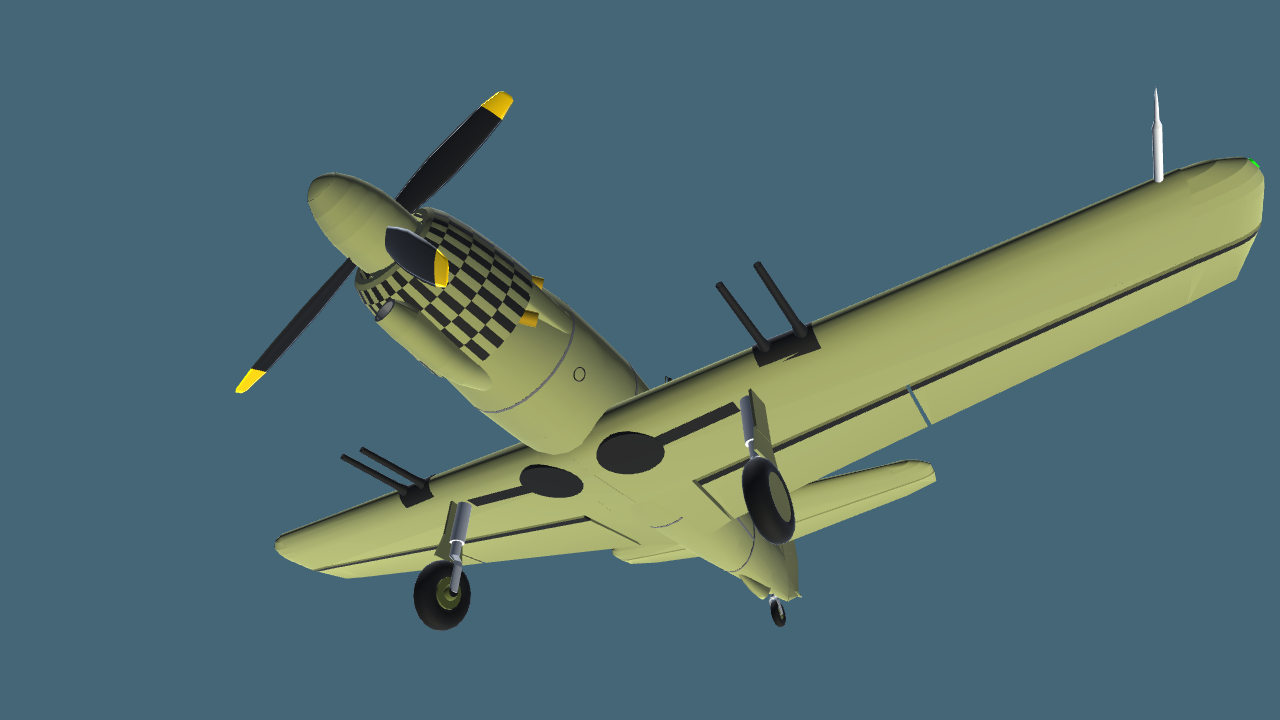 The DA-2B Smigol is a ground and air attack aircraft. While using 4, 50mm cannons launching explosive slugs, this aircraft can be feared like the black plague.
It has 800 rounds of ammo, so don't worry about running out. It also uses incredibly large control surfaces for maximum controlability at lower end speeds. It may not be the fastest aircraft, but it has incredible climb rate. And good climb rate is really important.
It was initially intended for ground targets only, but I thought that it could be even more fun to do multi-role instead. And I hope you think so too. And if you couldn't tell already, the colorscheme and the airplane itself was inspired by TheCatBaron's JM-8 Rapier. I still like his quite a bit better though. But anyways, I hope you enjoy the "Smigol"! 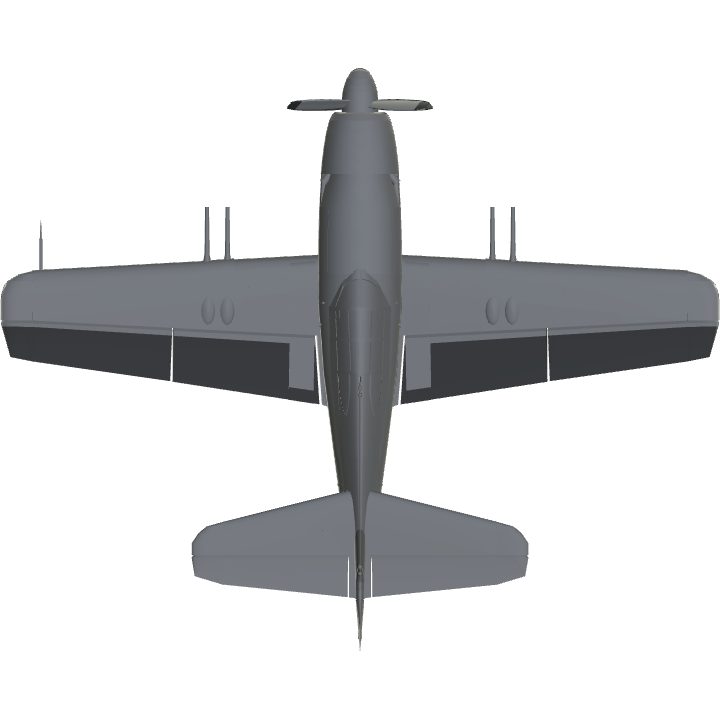 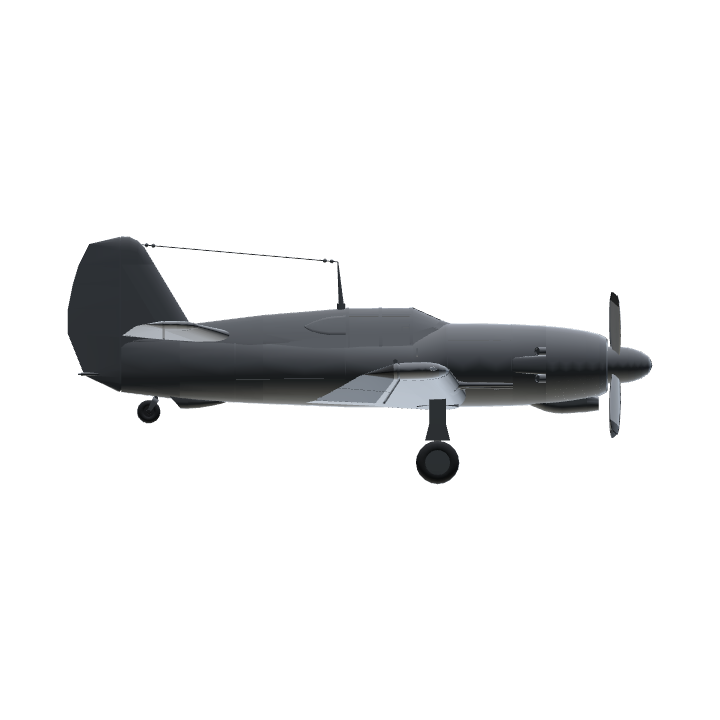 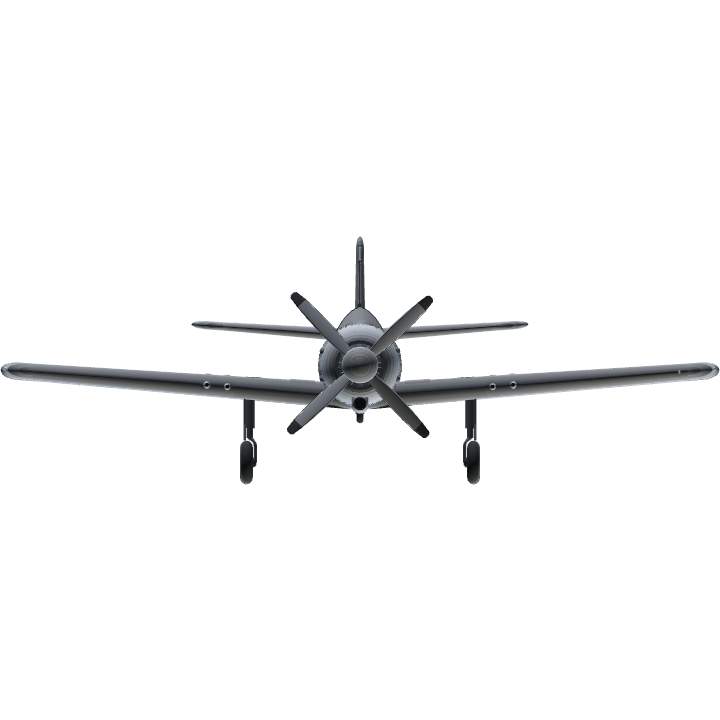