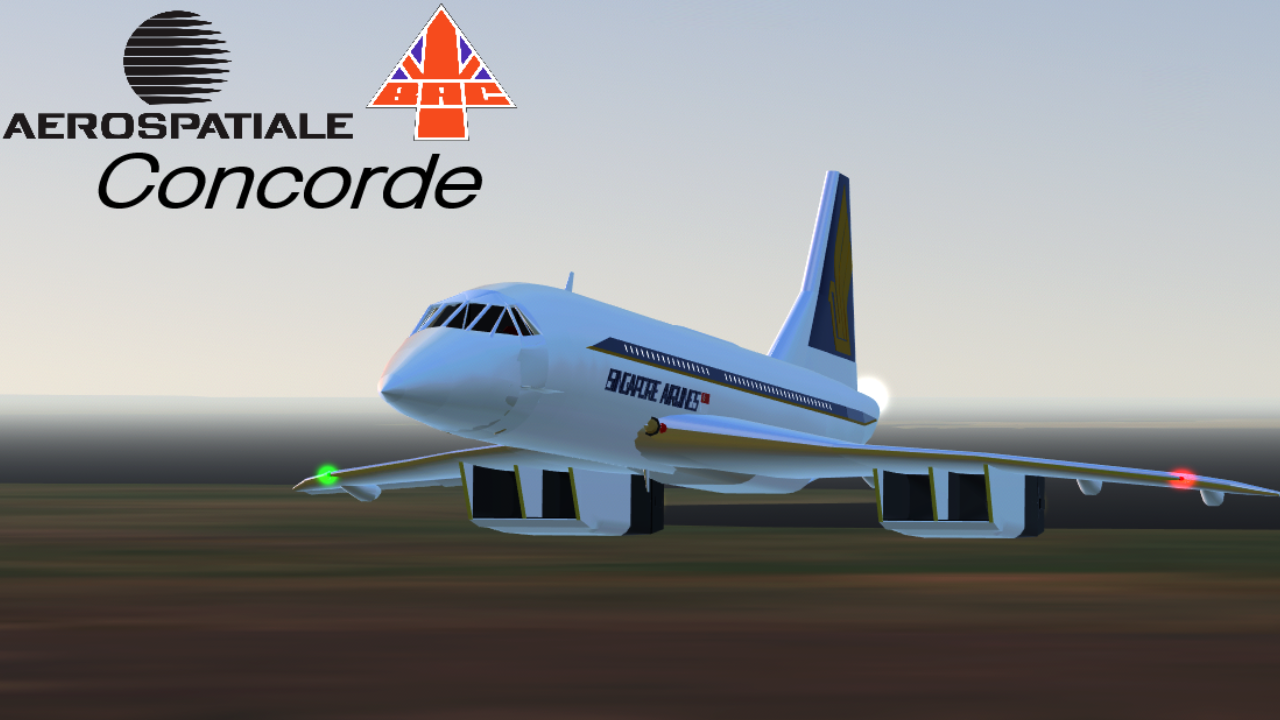 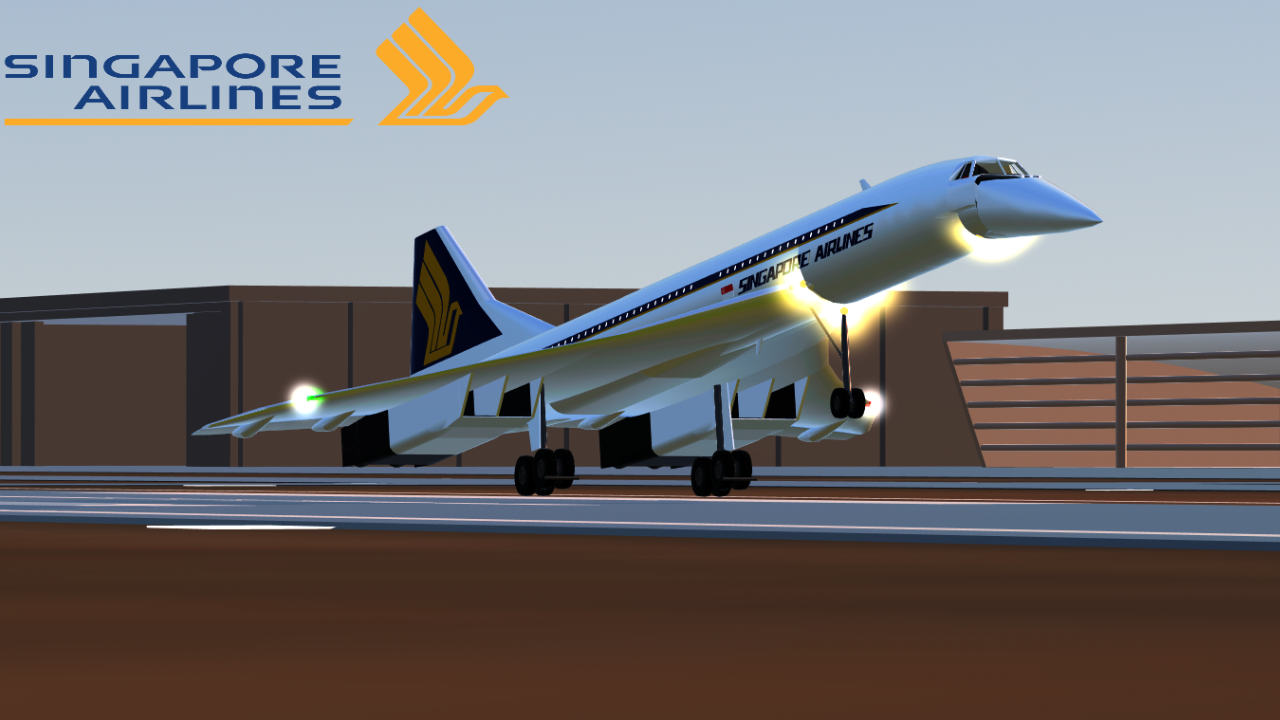 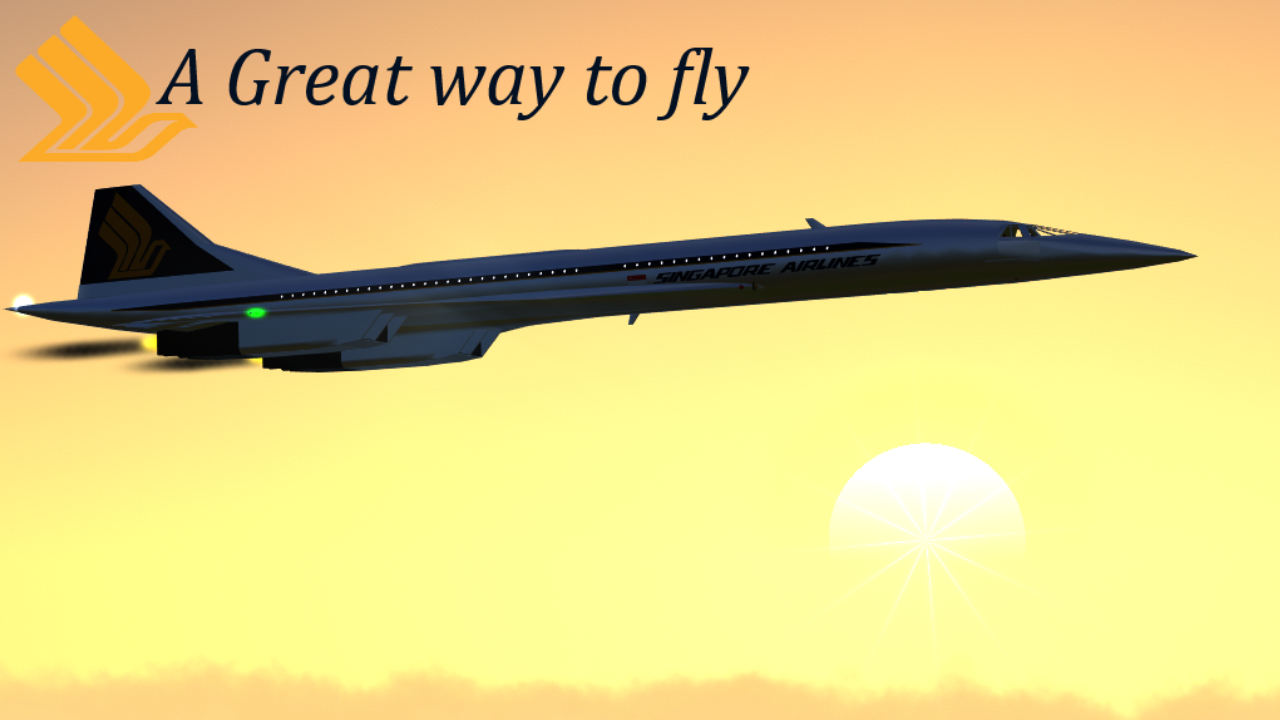 The Concorde in Singapore Airlines Livery 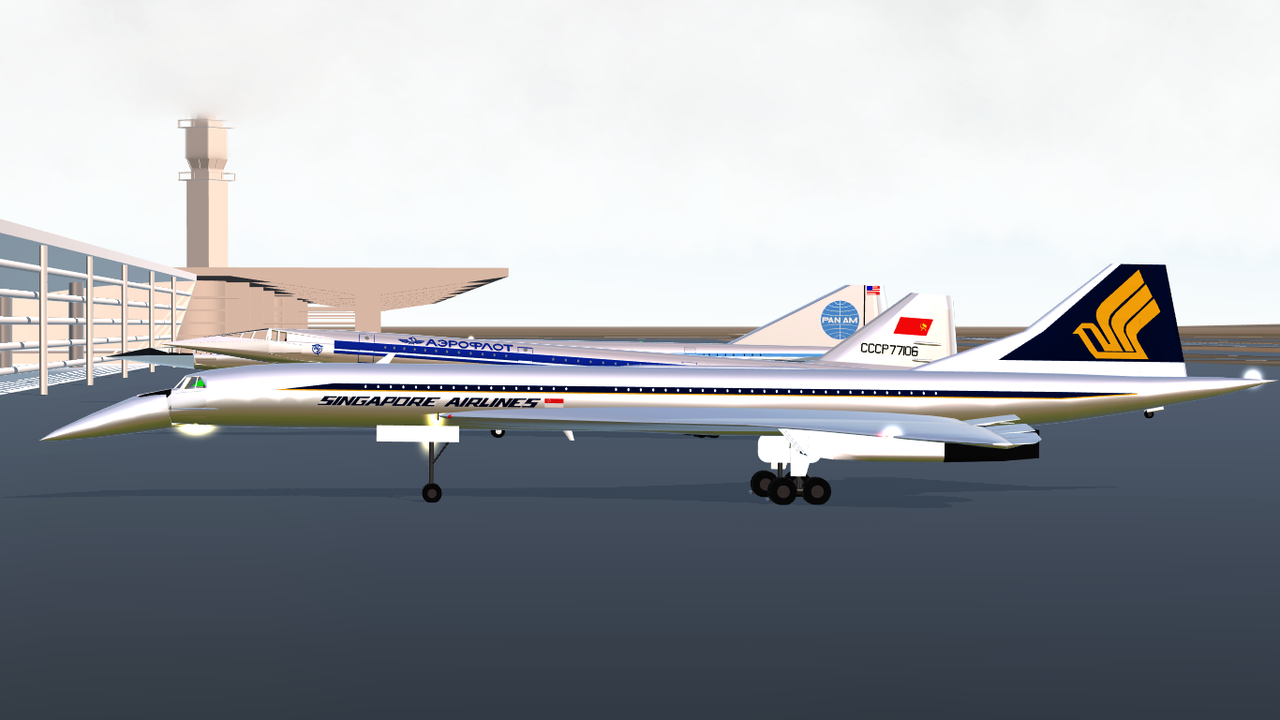 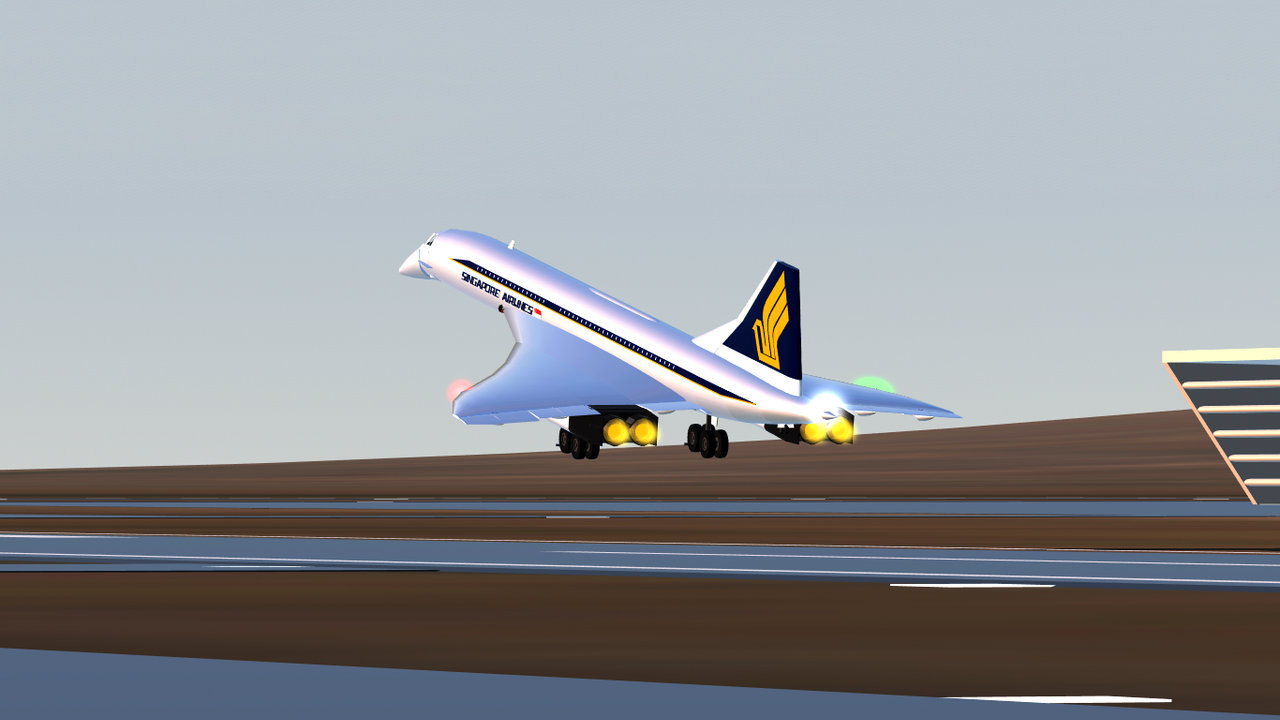 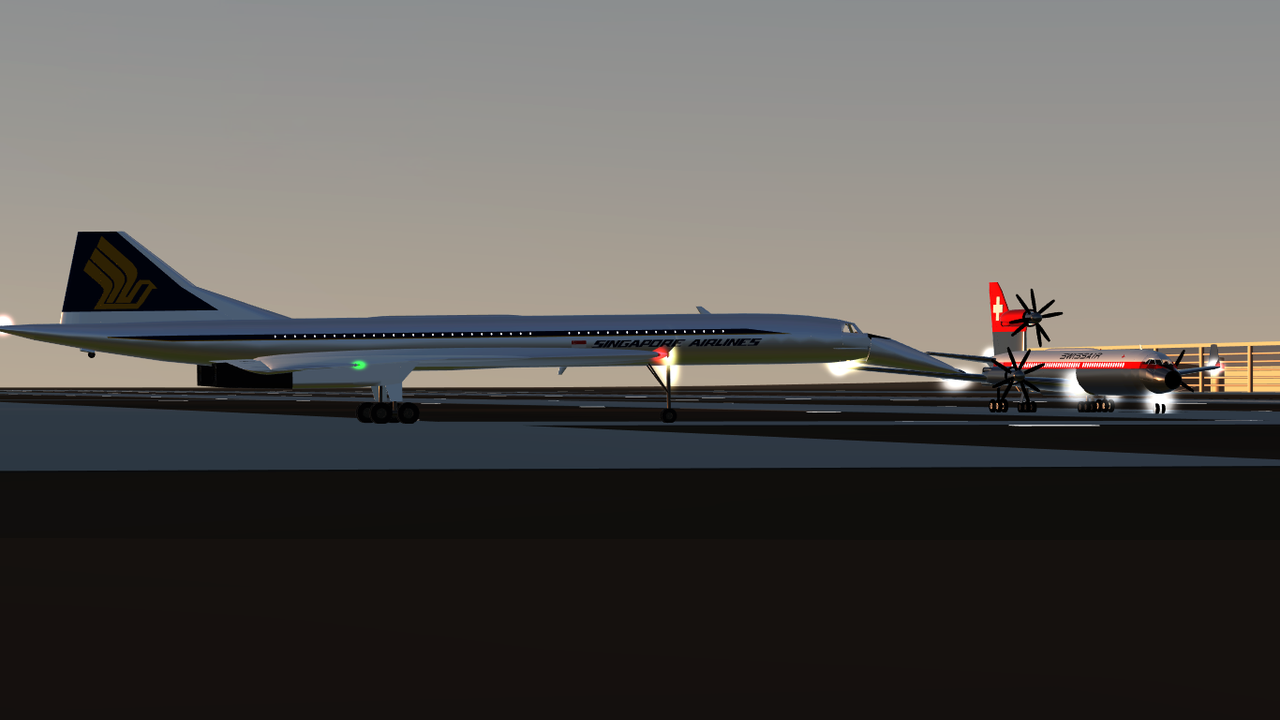 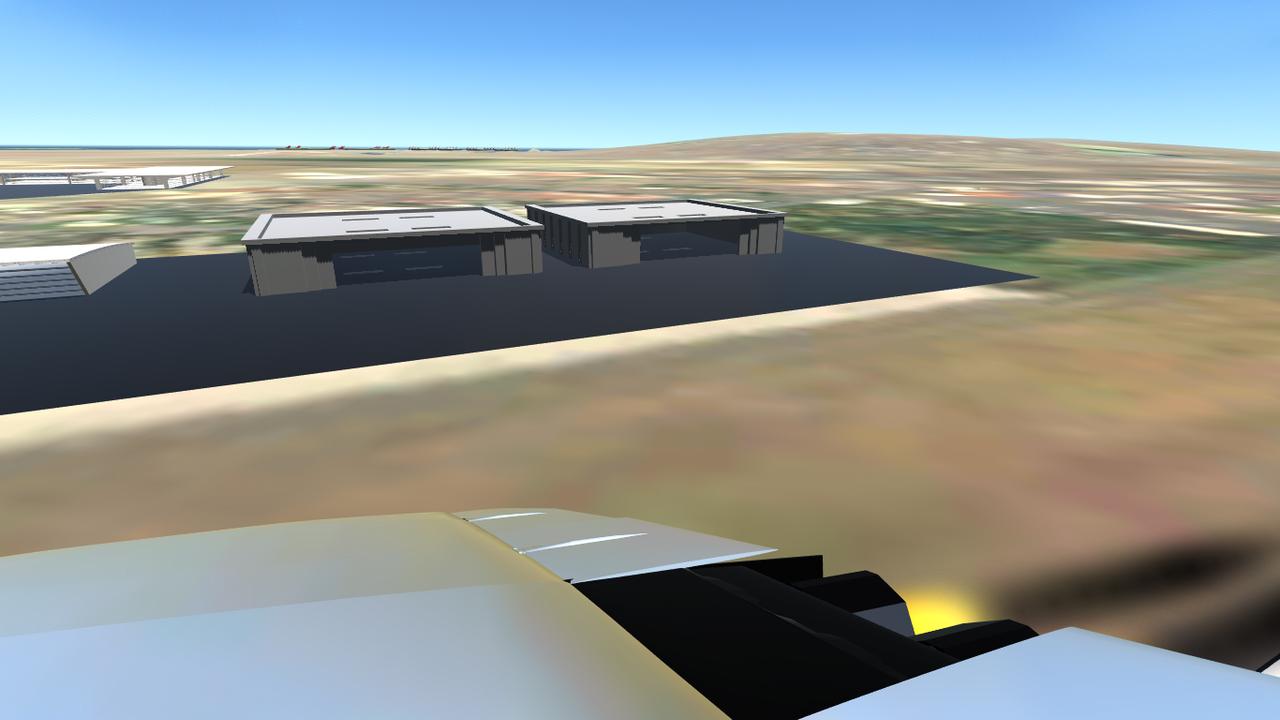 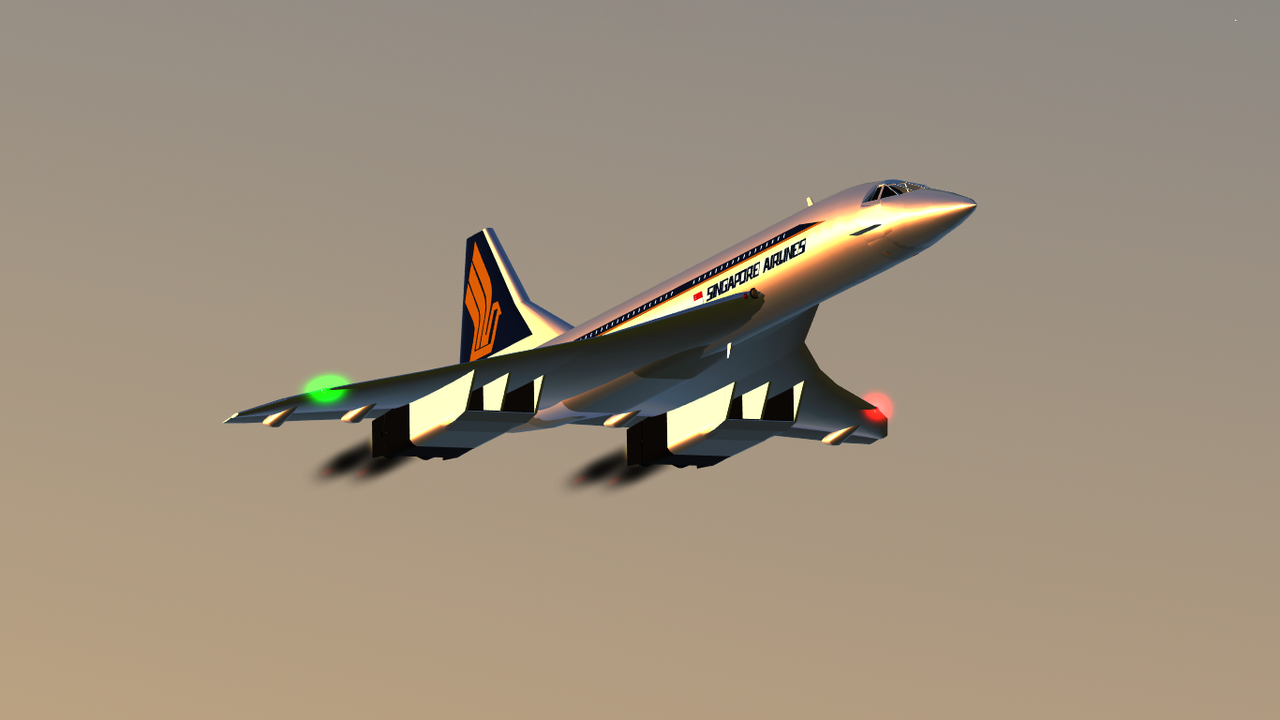 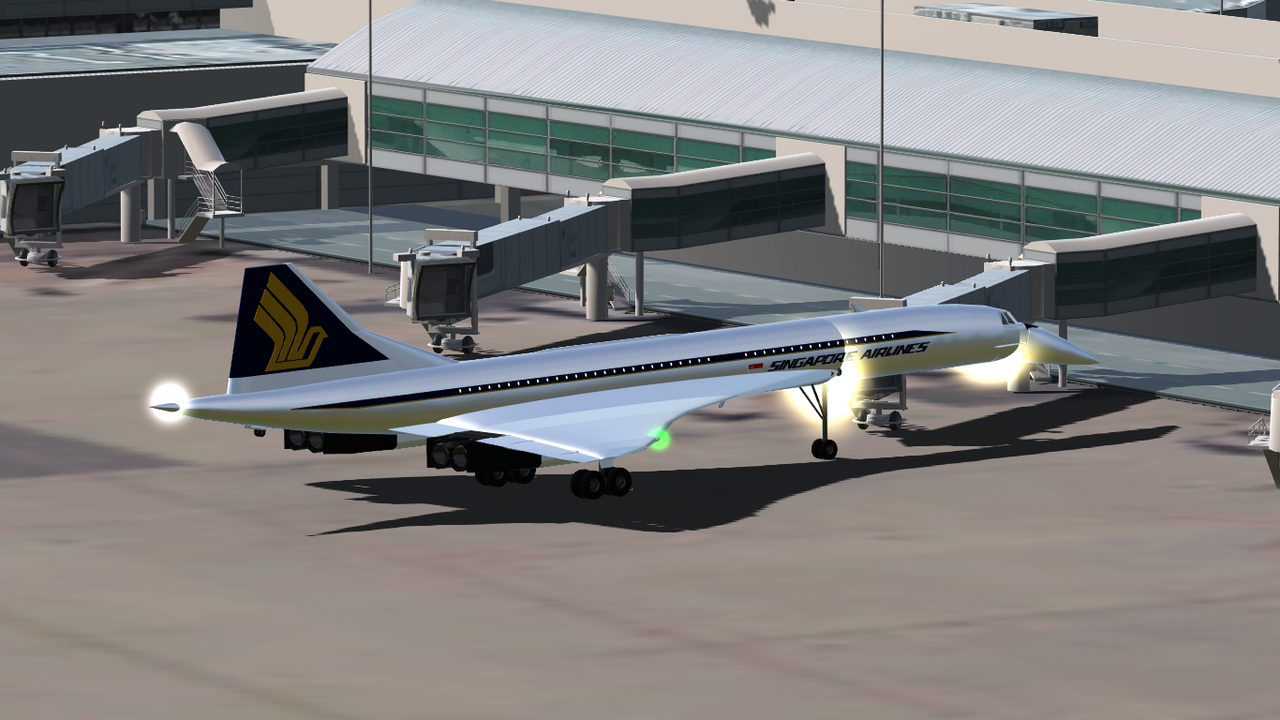 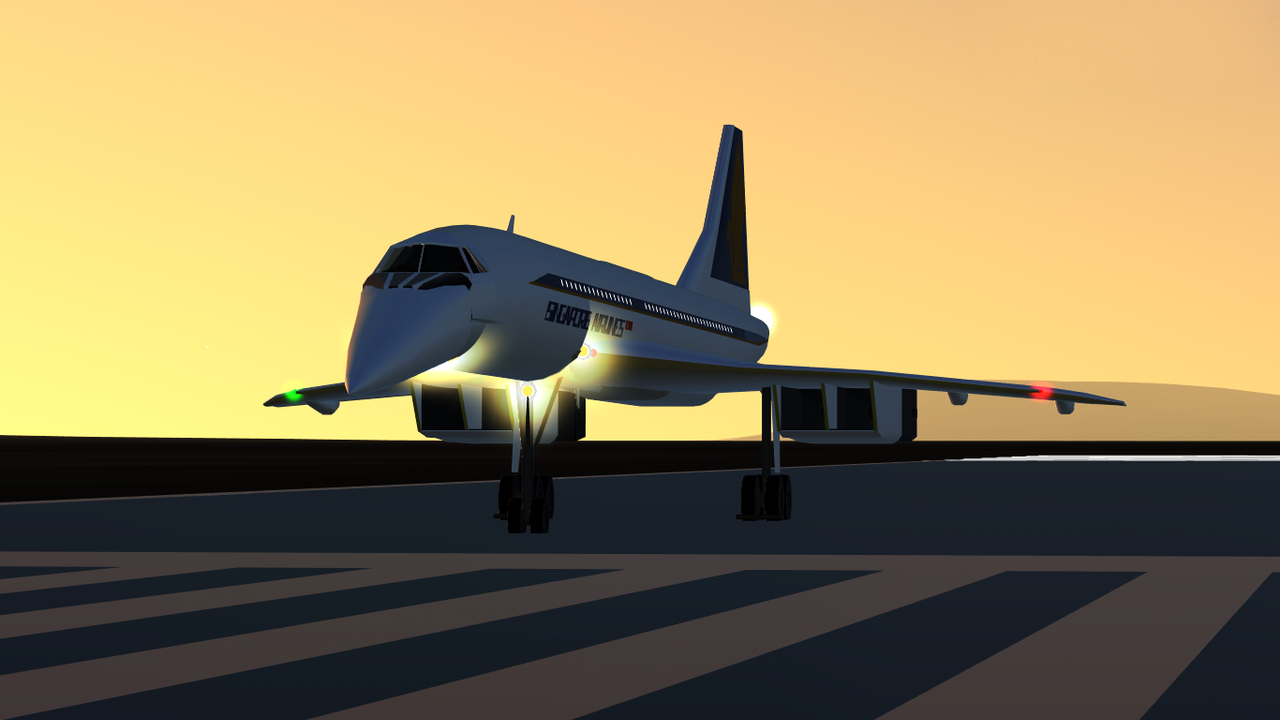 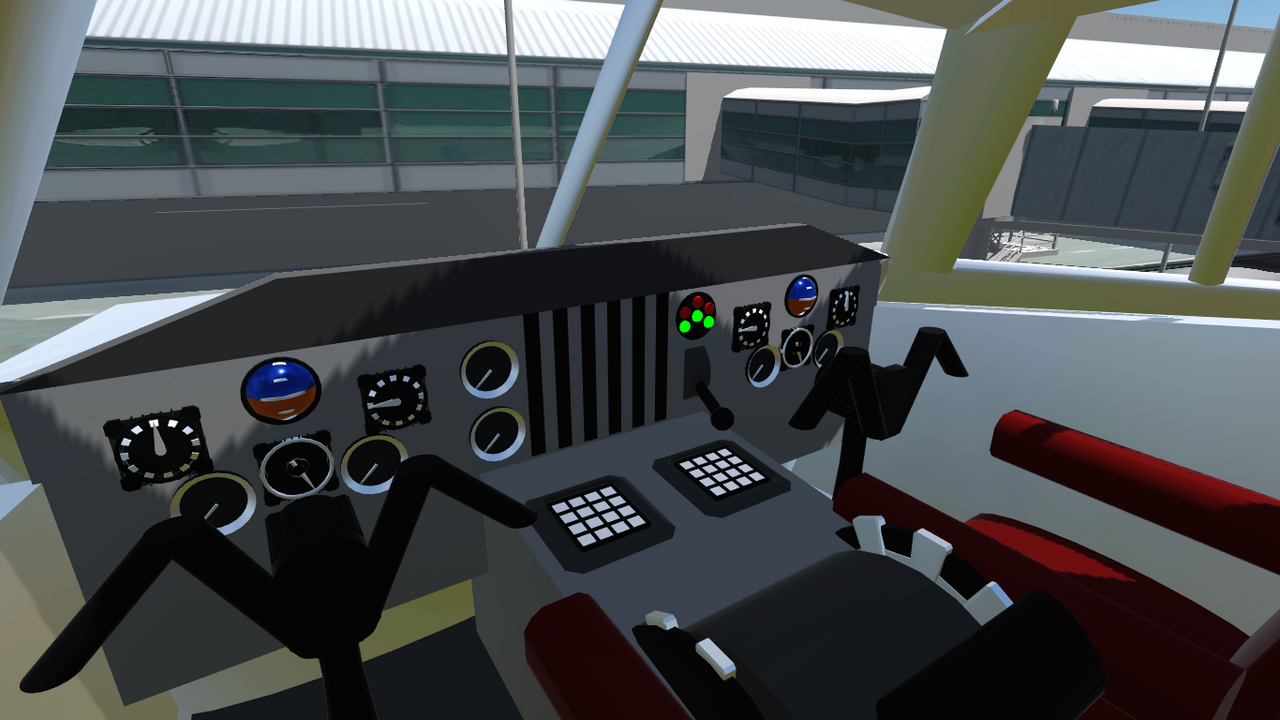 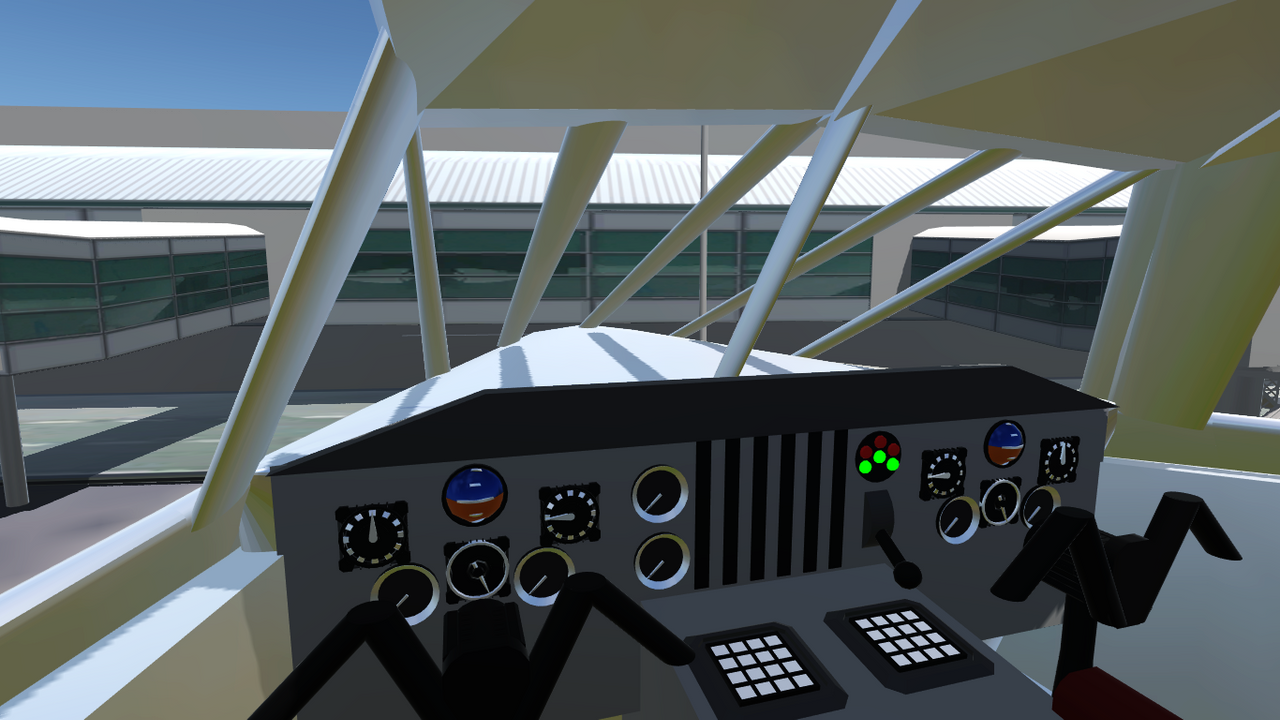 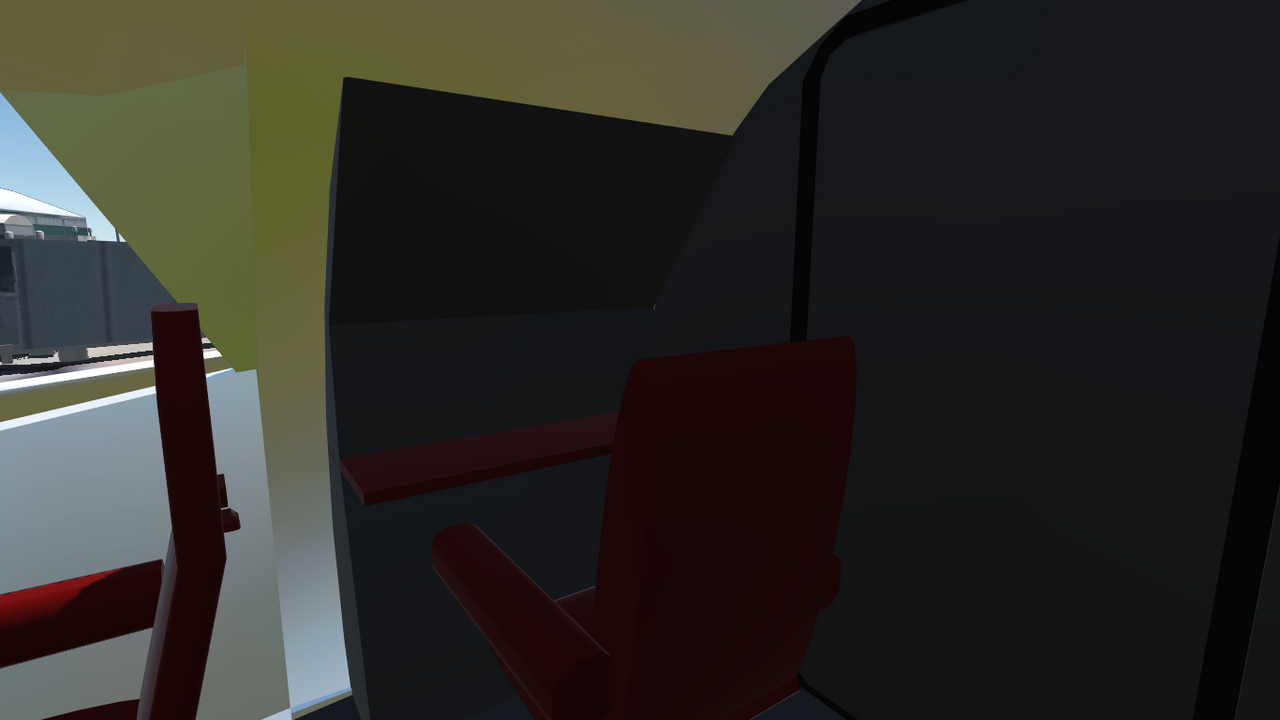 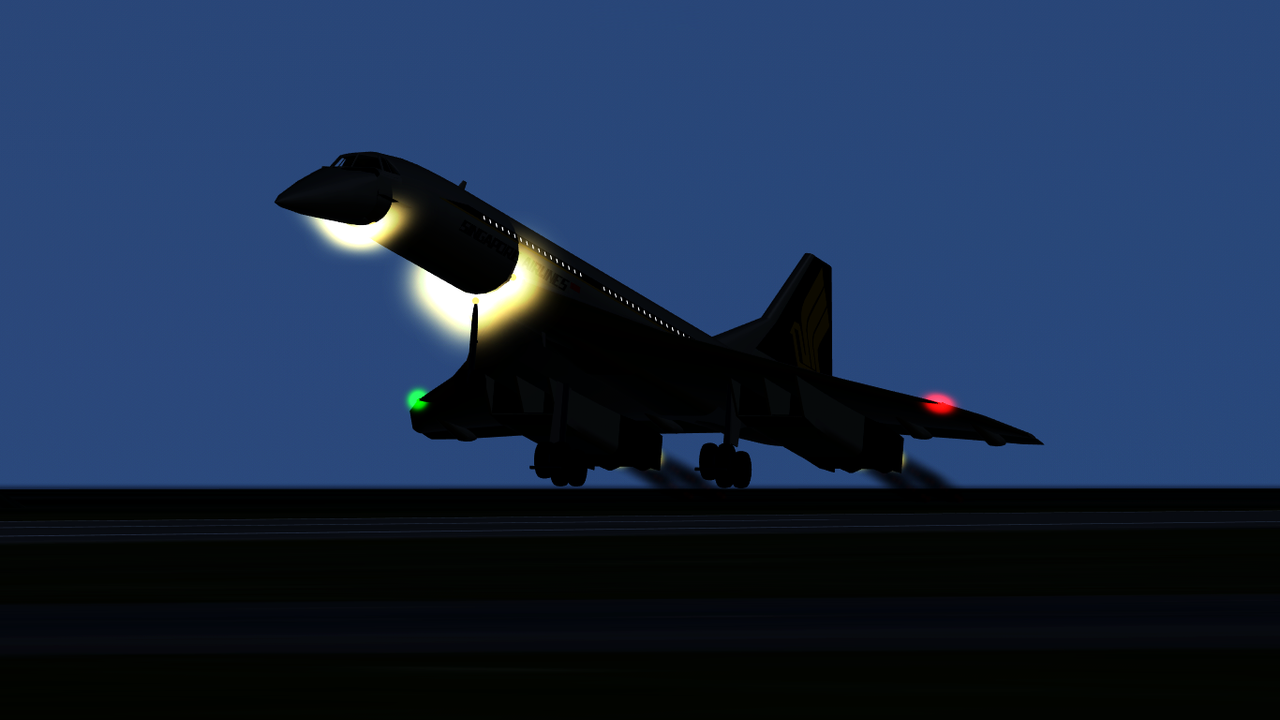 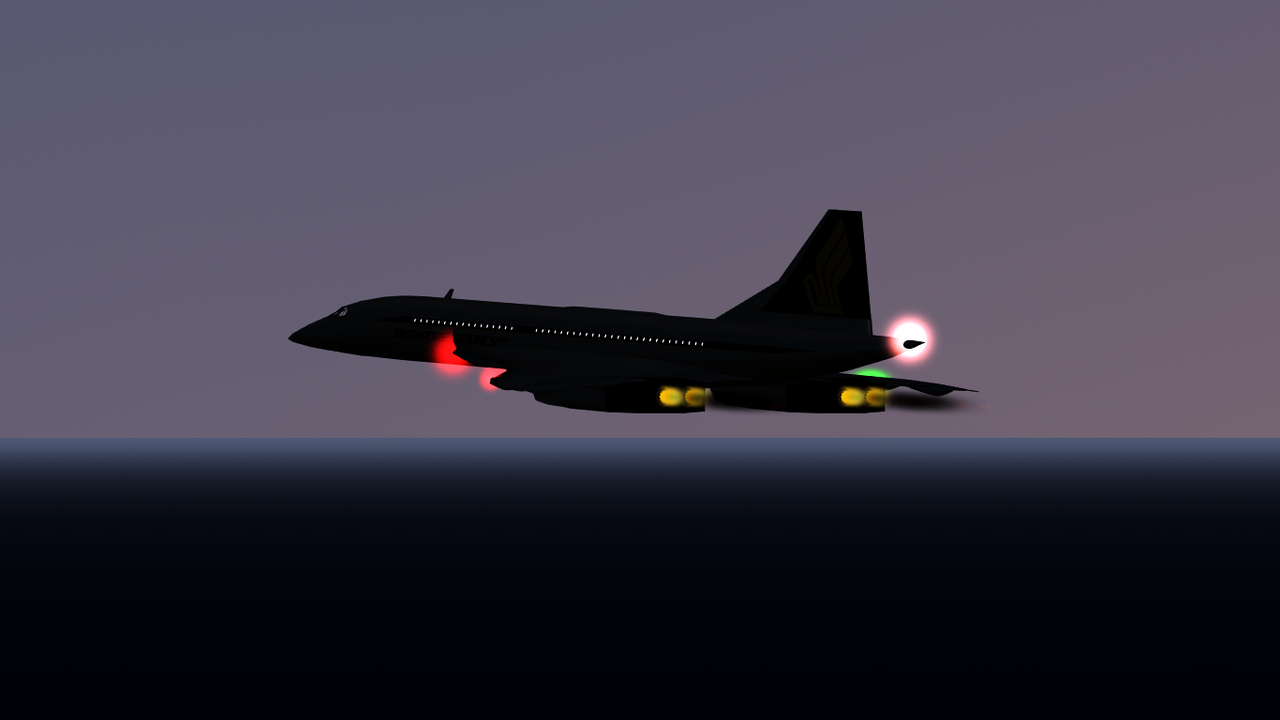 Due to the COM is more forward than COL, landings would be noticeably harder, that is why weight shifts with VTOL in this Concorde like the actual thing. For Takeoffs and cruise: Set VTOL to +1 or highest to negate pitching up movements, for landings: Set VTOL to - 1 or lowest to shift the COM much closer to COL, to ease and improve control surfaces response.

This Concorde is just like the real thing; A complex piece of engineering. More Funky Trees coding has been put in this project than in all of my other projects as engine performance is the biggest concern in this project; Too weak at ground and at steep pitch angles, and powerful at high altitudes and level flight.

Is what is utilised to achieve the desired engine performance. Here are the variables explained:

Be aware though that if you are using this formula, that your aircraft weighs almost the same as the real thing, or more because if its too light, it could accelerate like a rocket even at 90° Pitch due to the nature of the formula increasing power for every increase in altitude.

The timing for droop snoot is easily achieved by using the smooth operator, setting all to the same increment and all have the speed set at 100%. Although since it uses a smooth function, it will not work on any updates prior to 1.9.204.

I would have went for Air France or British Airways for the livery but since the majority of Concordes in this site offers said liveries, I went ahead with Singapore Airlines to offer something new and everyone could enjoy rather than something already existing. 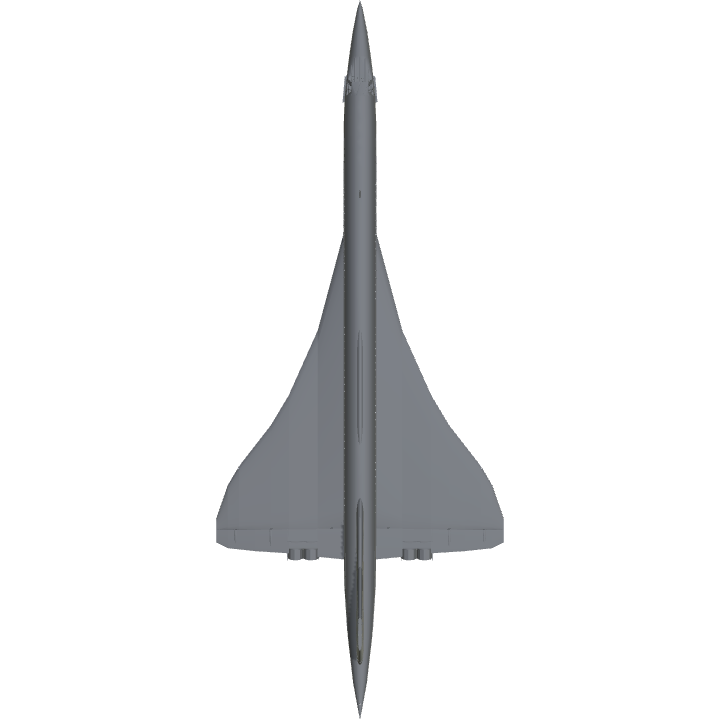 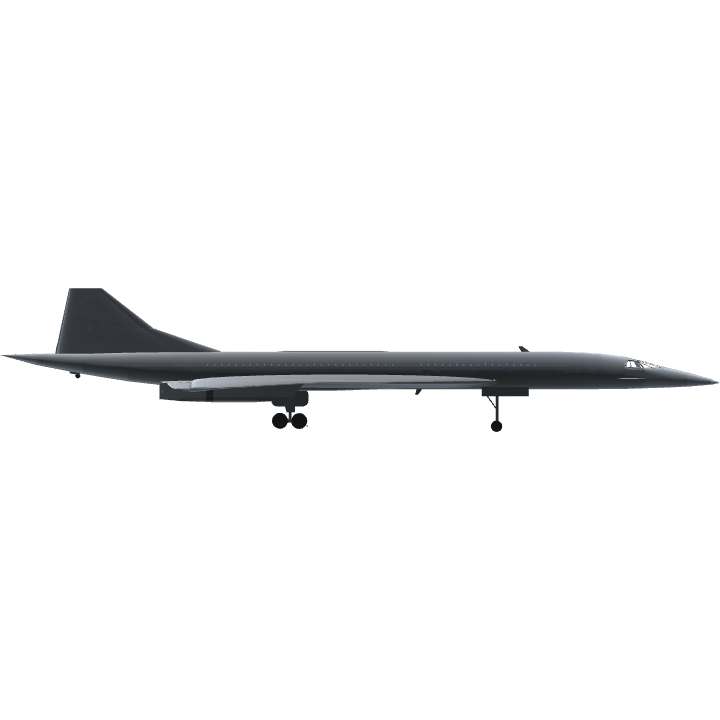 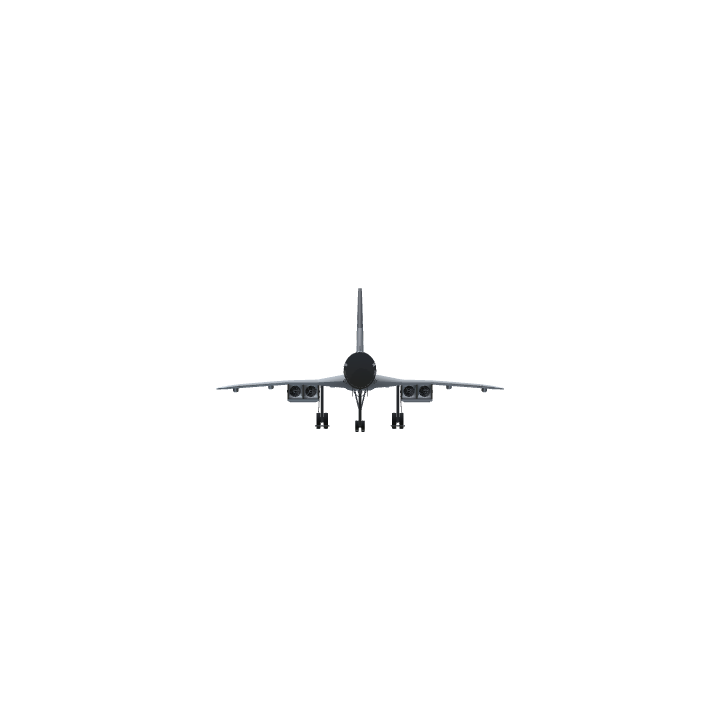