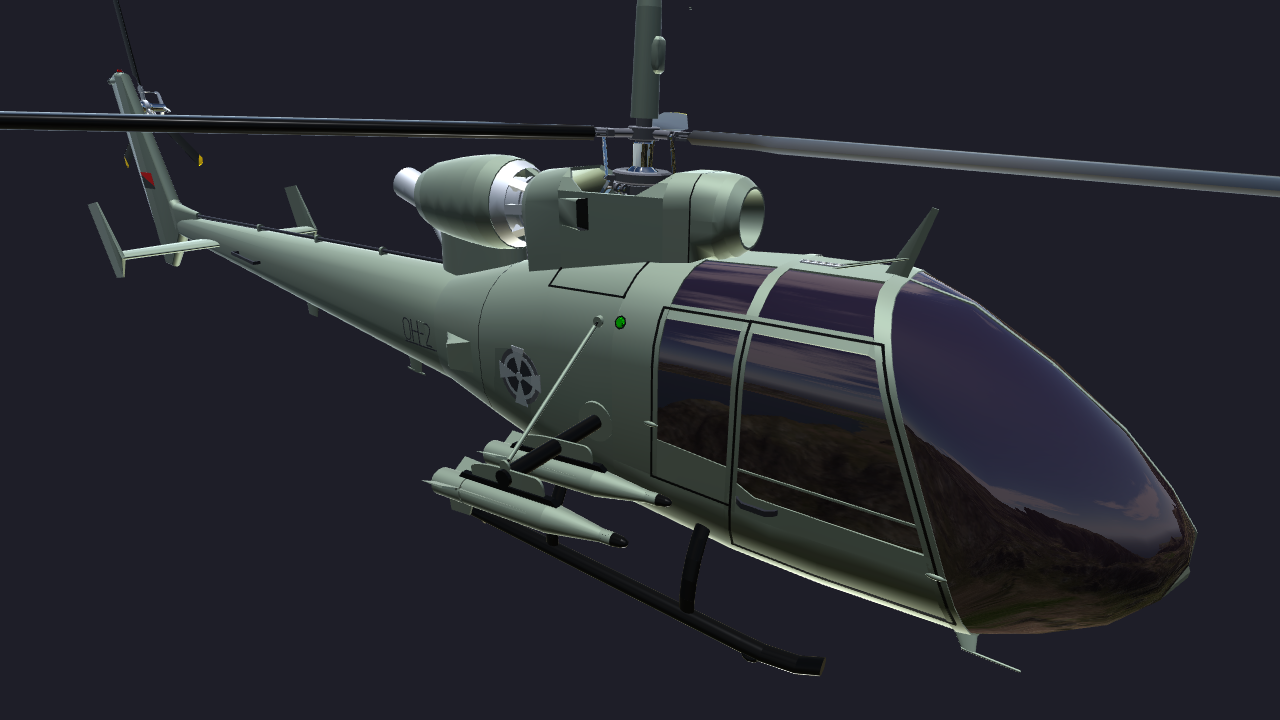 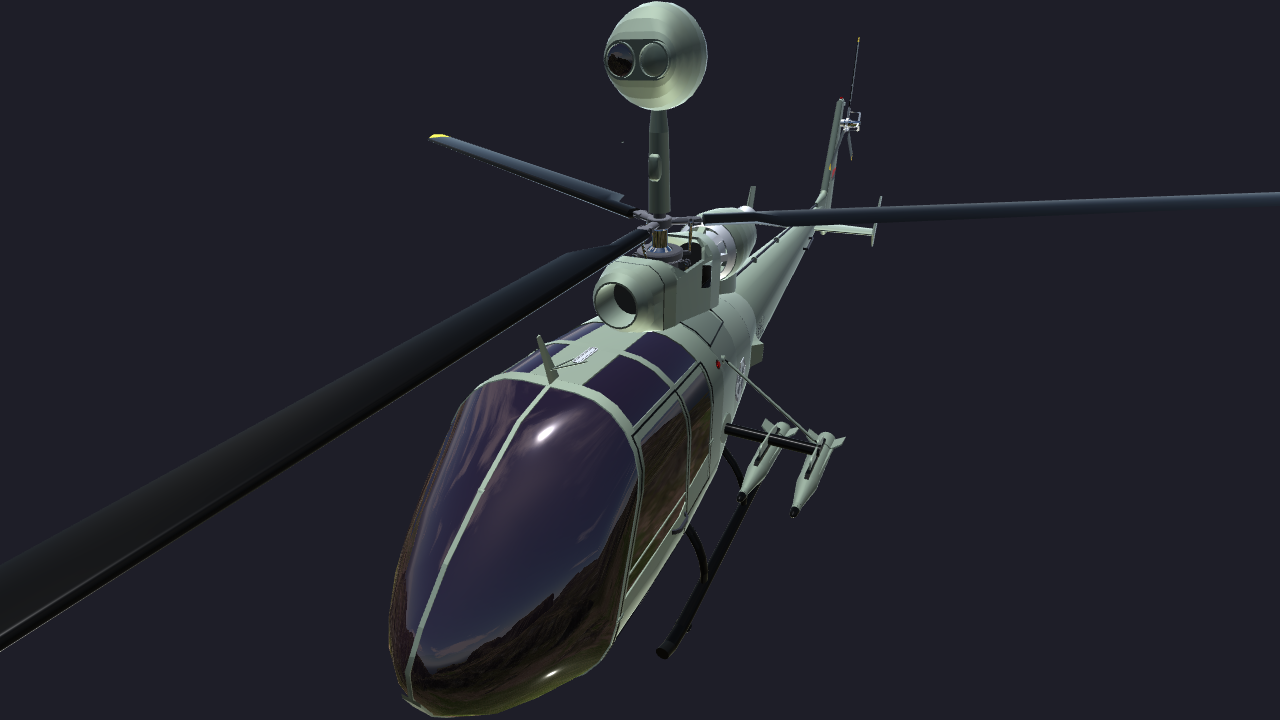 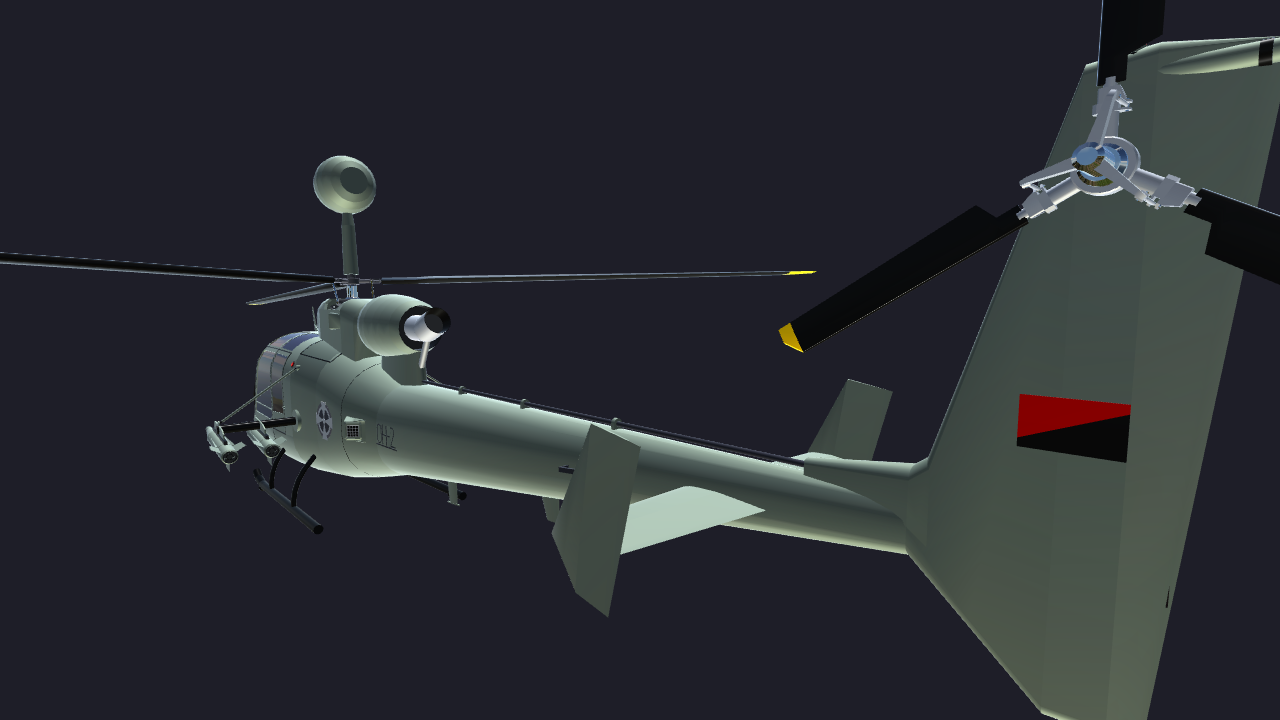 M.Corp UH-2 Wasp is a single-turbine, five seat helicopter with conventional layout. It is mostly made out of composite materials, including kevlar and carbon fiber, allowing its very light weight. Large windshield allows for excellent visibility. It is powered by an 880hp turbine placed behind the main rotor assembly.

UH-2O/A (Observation/Attack) version seen here is equipped with two carrying poles, one on each side, each carrying two hardpoints. It is usually armed with 7.62x54mm rotary guns or laser or wire guided anti-tank missiles. It can also carry unguided rockets, although that is less common.
It carries an observation/guidance mast above its main rotor, featuring day, night and thermal optics and laser designator. It is operated from the right seat.
Other equipment of this version includes flare dispensers, IR dazzler, and radar warning receivers.

It's not a good flier. It can fly, and it'll stay controllable unless you turn too hard, but it's too sluggish and if you tilt or yaw too much, it'll probably crash. It is also difficult to land. I have no idea how to fix any of that. 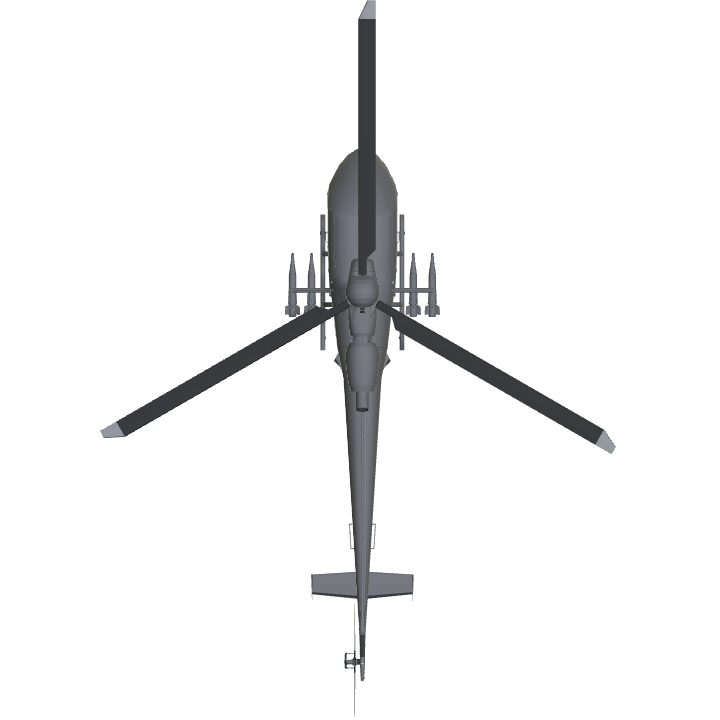 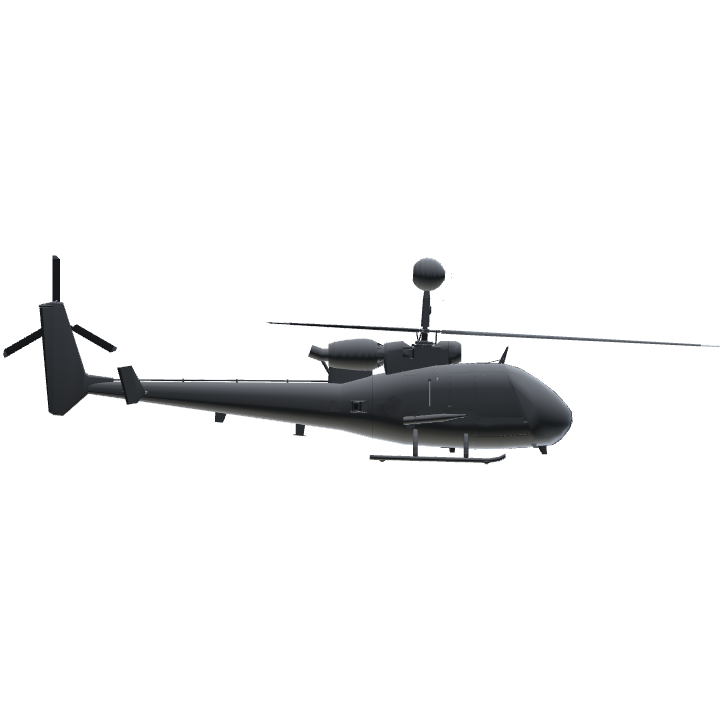 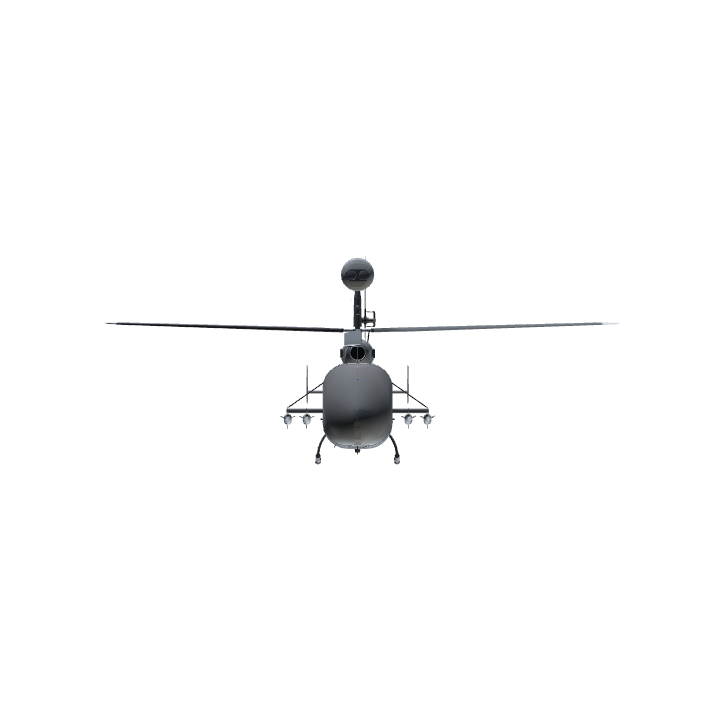