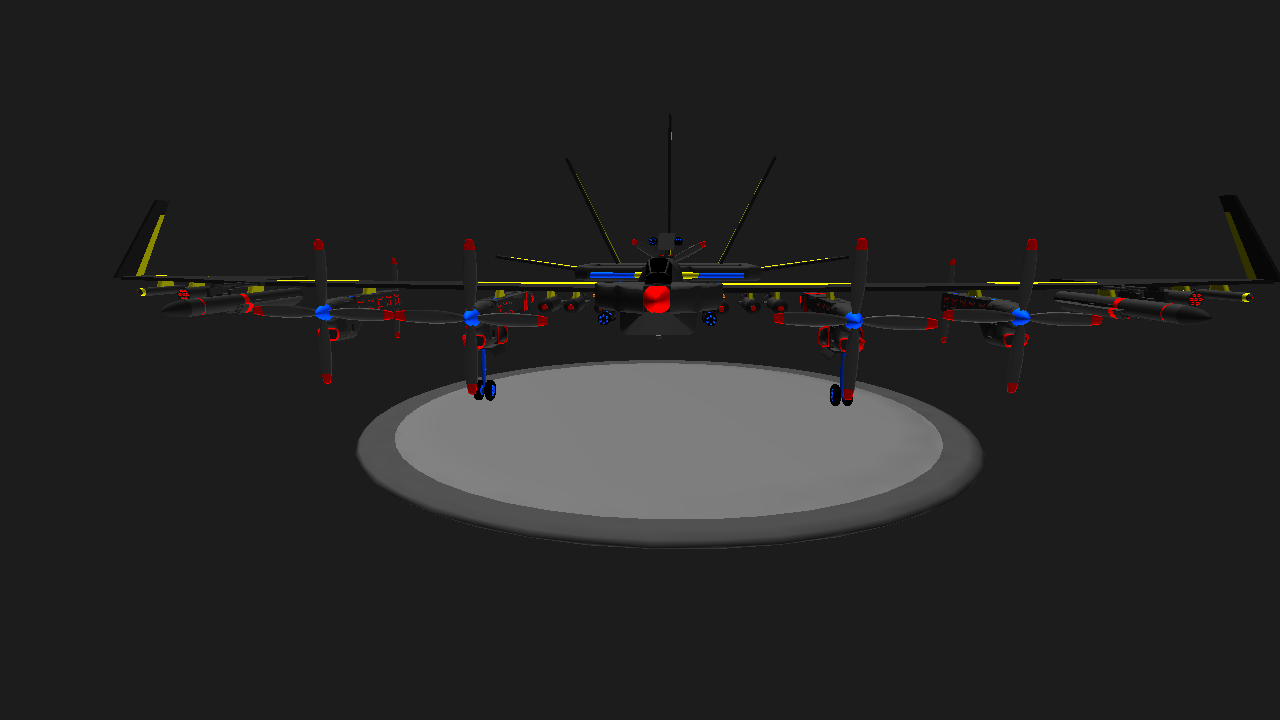 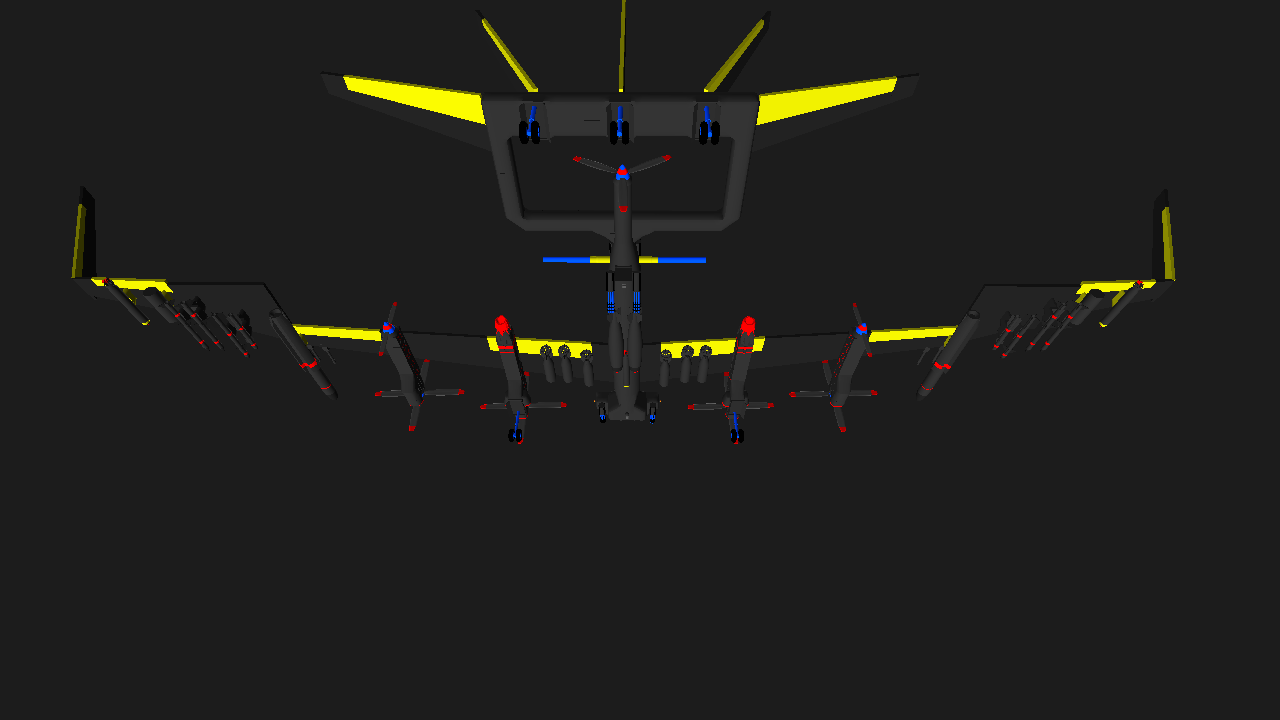 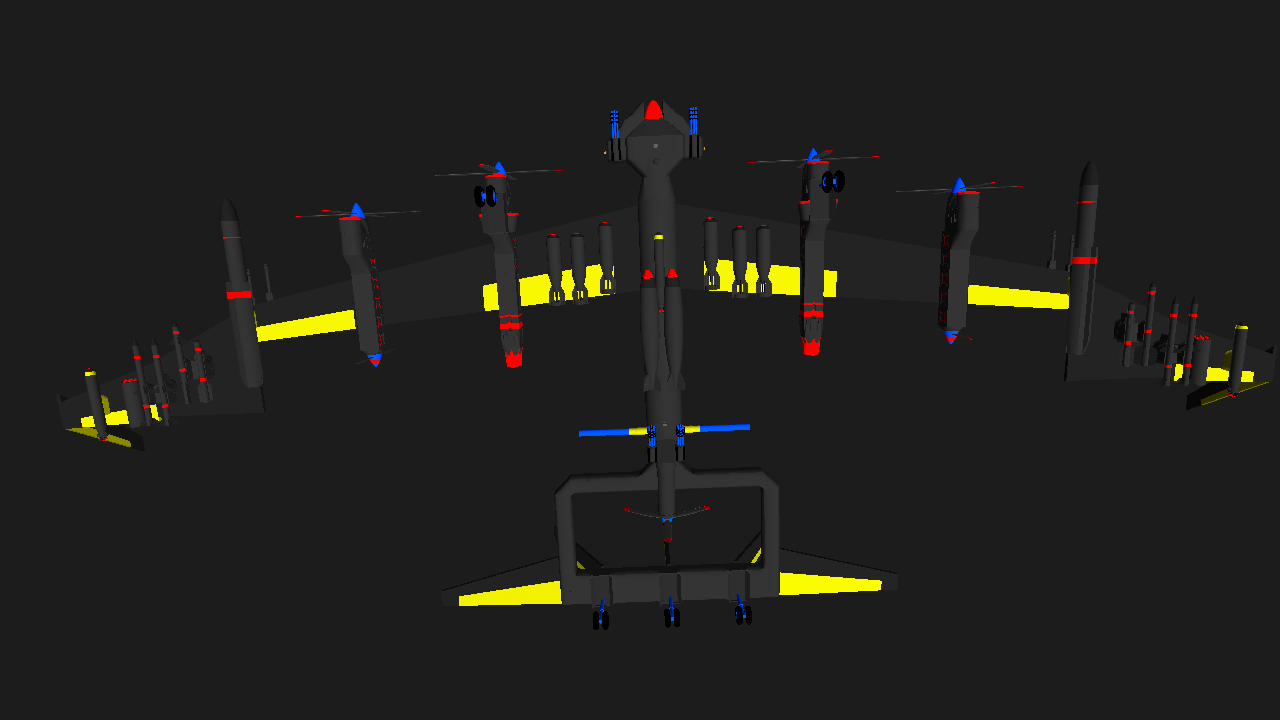 This is the 8th and possibly final design of the Expeller. This one is far faster and larger wingspan-wise than its predecessors. The backstory: Originally drew the design on graph paper as a fun thing, based on the B-29 Super Fortress. It originally did not have a boomer wing or rear prop, but instead three blocks of propellers in the front. This design, 8, was based on my final drawing and has a redesigned front wings with extra space for missles, rockets, bombs, etc. This one was based on the Italian Caproni ca.3. The real one would use rotatable cannons and a bomb bay. 1 is for top 90° turret and 2 is for bottom 180° turret. The actions 1 and 2 also activates the machine guns so you don't shoot the turrets at the wrong time. 6 25s, 2 50s, 3 torps. Hope you enjoy and I promise I will make a tank next, no bs. -Lt. SOT 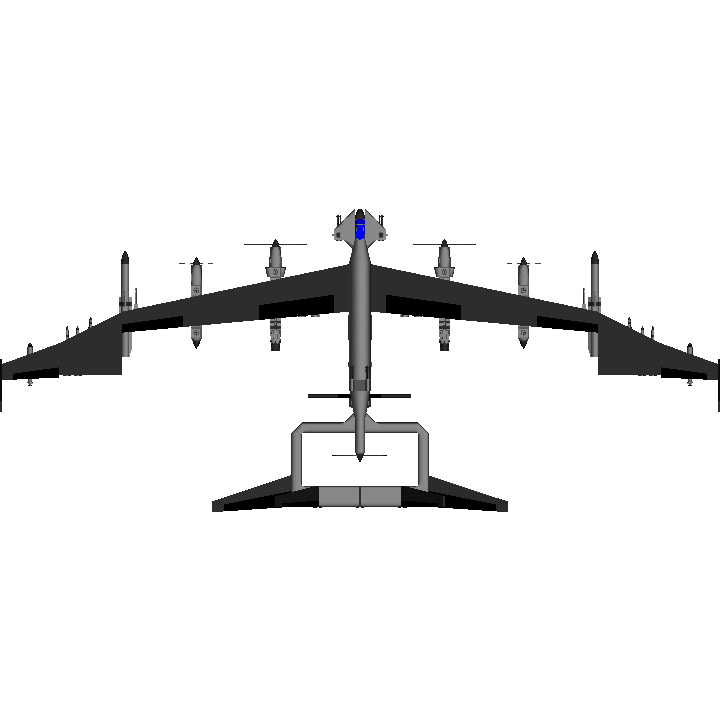 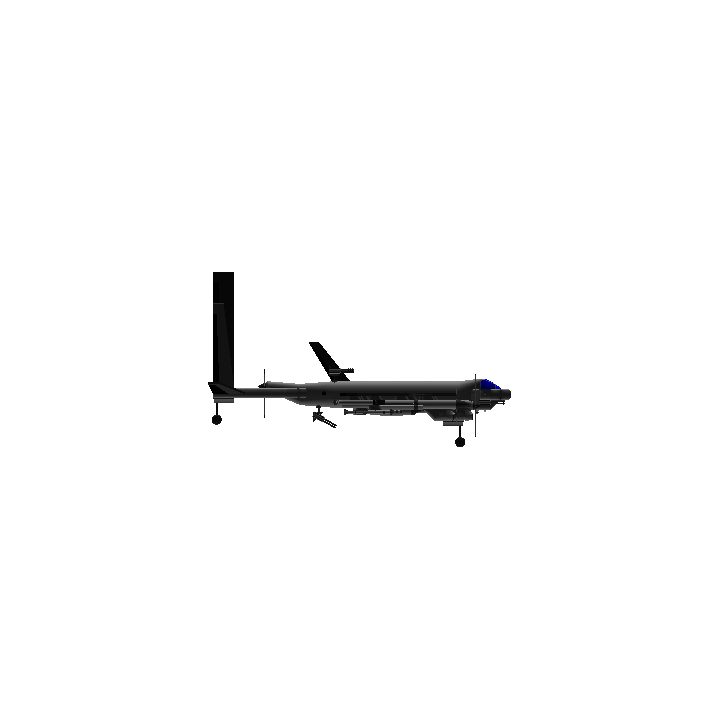 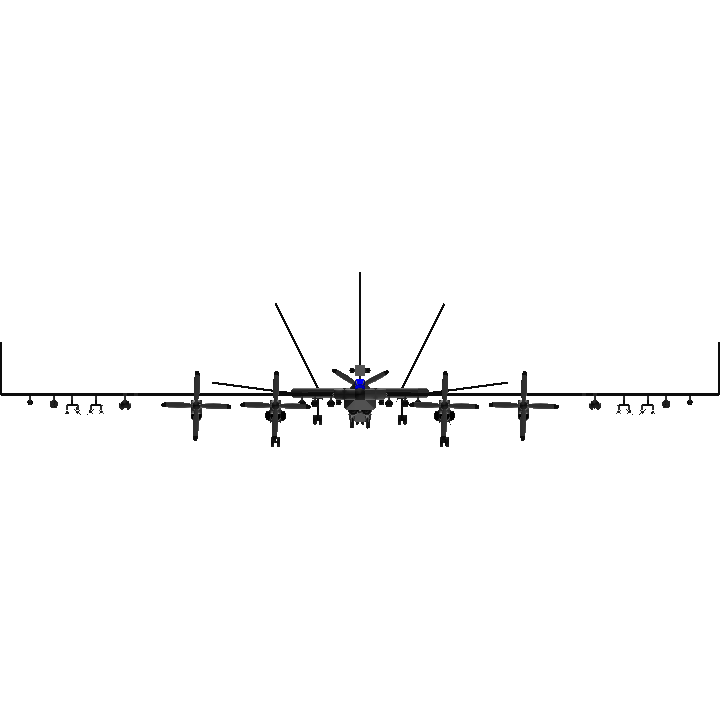