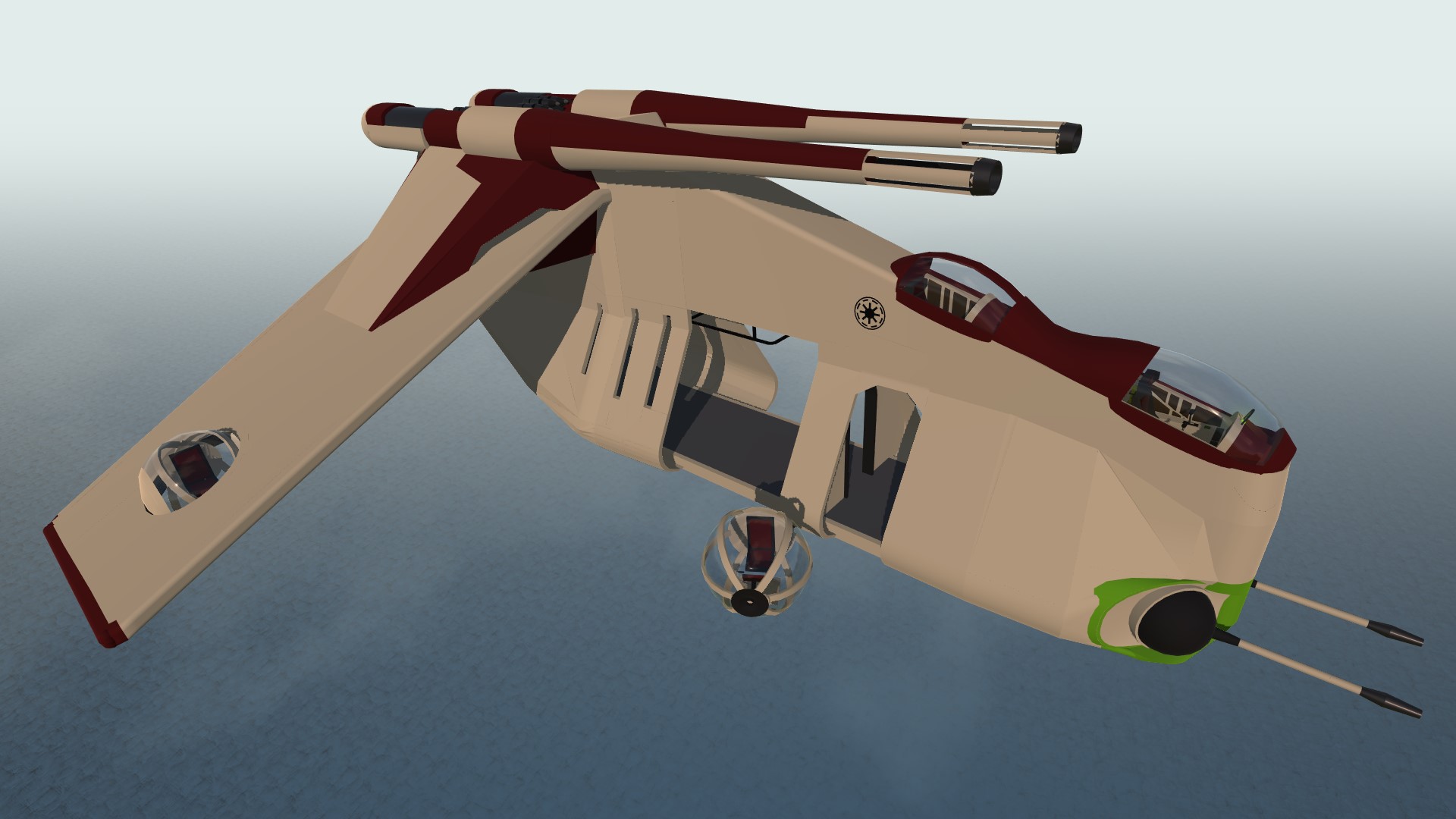 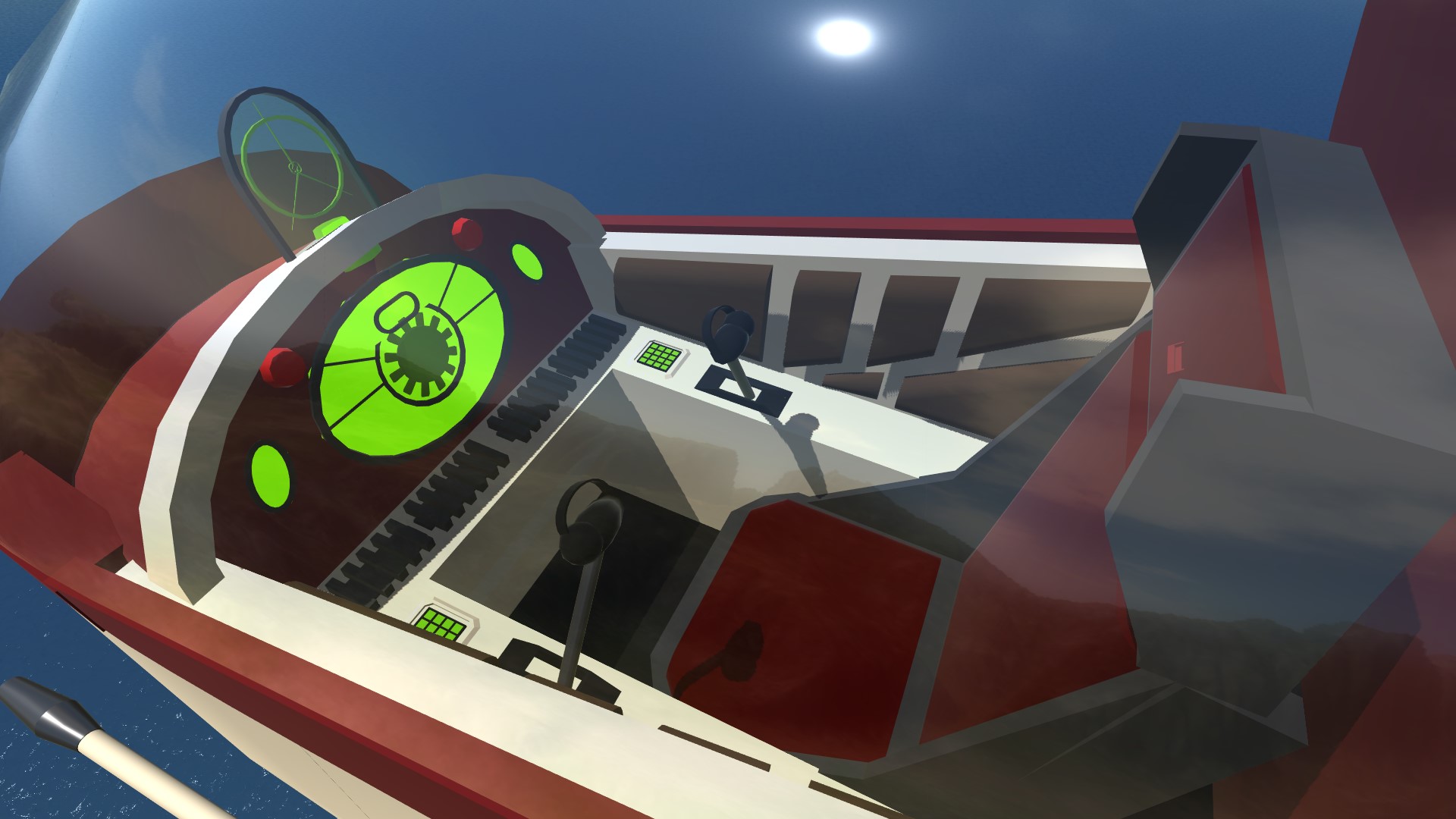 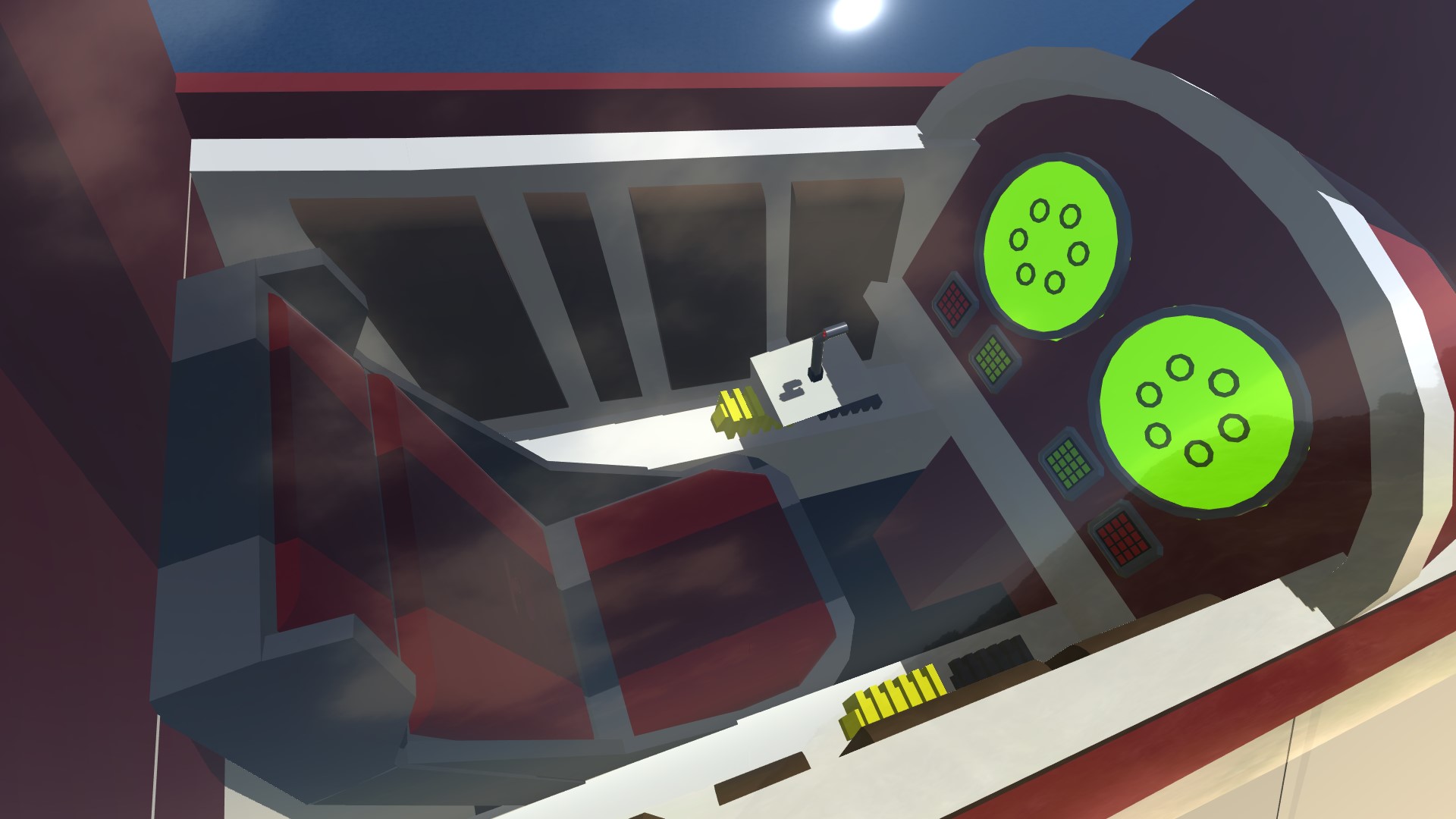 Characteristics and armament
The LAAT/i has twin bubble cockpits for the pilot and gunner. Its armament includes 2 front mounted cannons and one back mounted cannon that are controlled by the gunner. It also has 4 solid laser beam ball turrets, 2 on the wings and 2 mounted to the side of the aircraft. Along with laser weaponry it has 8 air to air missiles mounted on the underside of the wings and 14 mass driver missiles that fire out of the top of the craft.

Note:
When activating any cannons the aircraft will automatically level out.
Cannons are designed to be used with mouse as joystick.

Hover mode
When in hover mode the VTOL slider is used to control the aircrafts upward thrust, W,A,S,D,Q,E are used to move the aircraft like you would control a helicopter. Along with this the throttle is used as forward thrust like a conventional airplane. Once up to speed (250kp/h - 300kp/h) hover mode can be deactivated.

Flight mode
When Group 1 isn't activated the craft will be in flight mode, this deactivates the hover mode gyro and VTOL slider and the craft now controls like a conventional aircraft 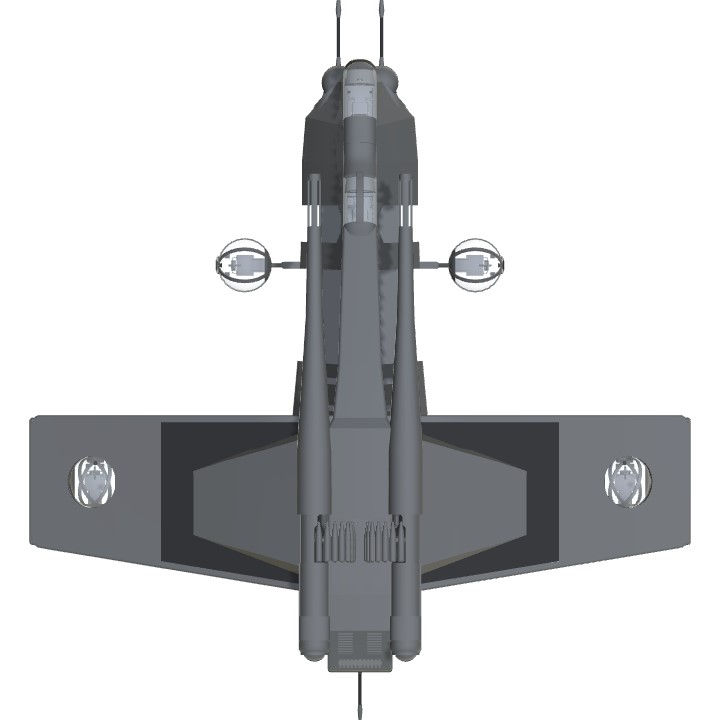 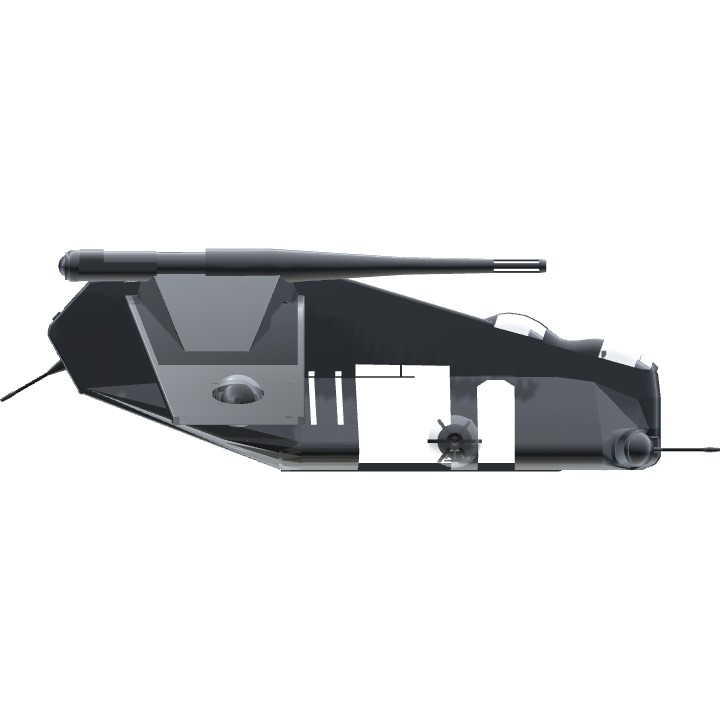 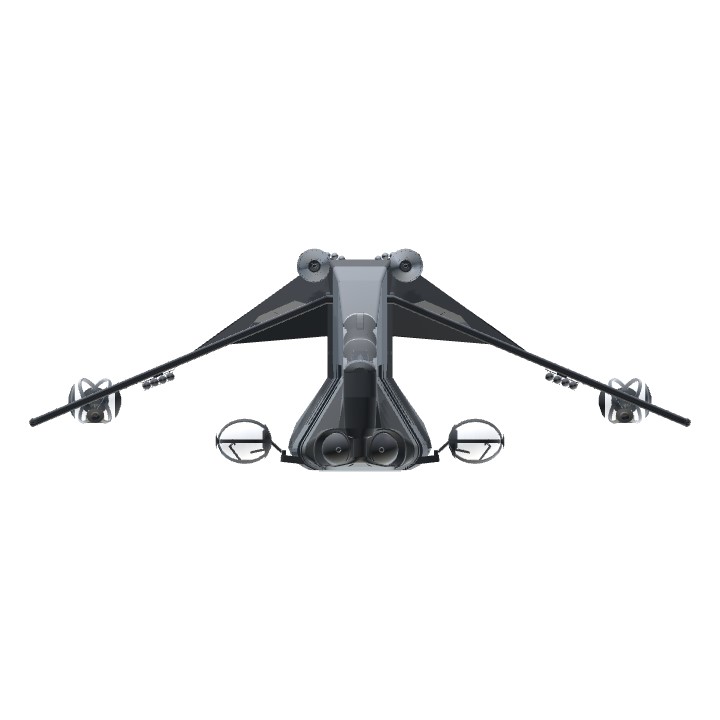