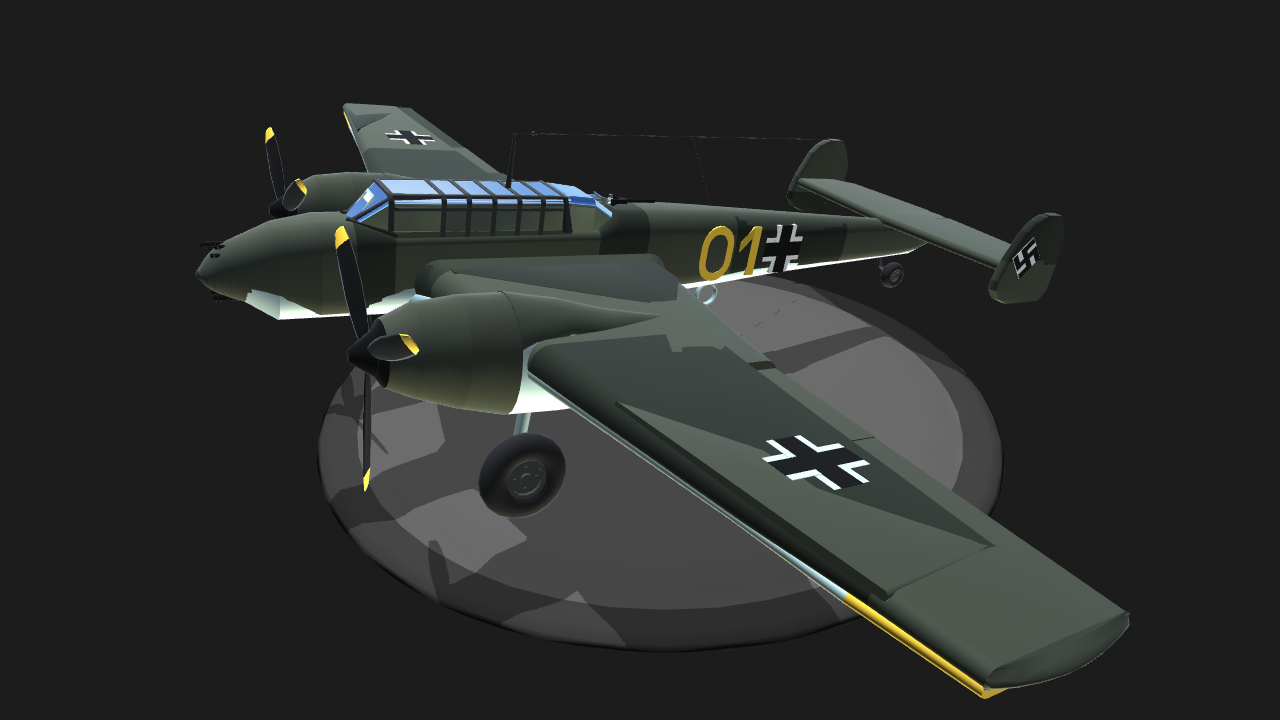 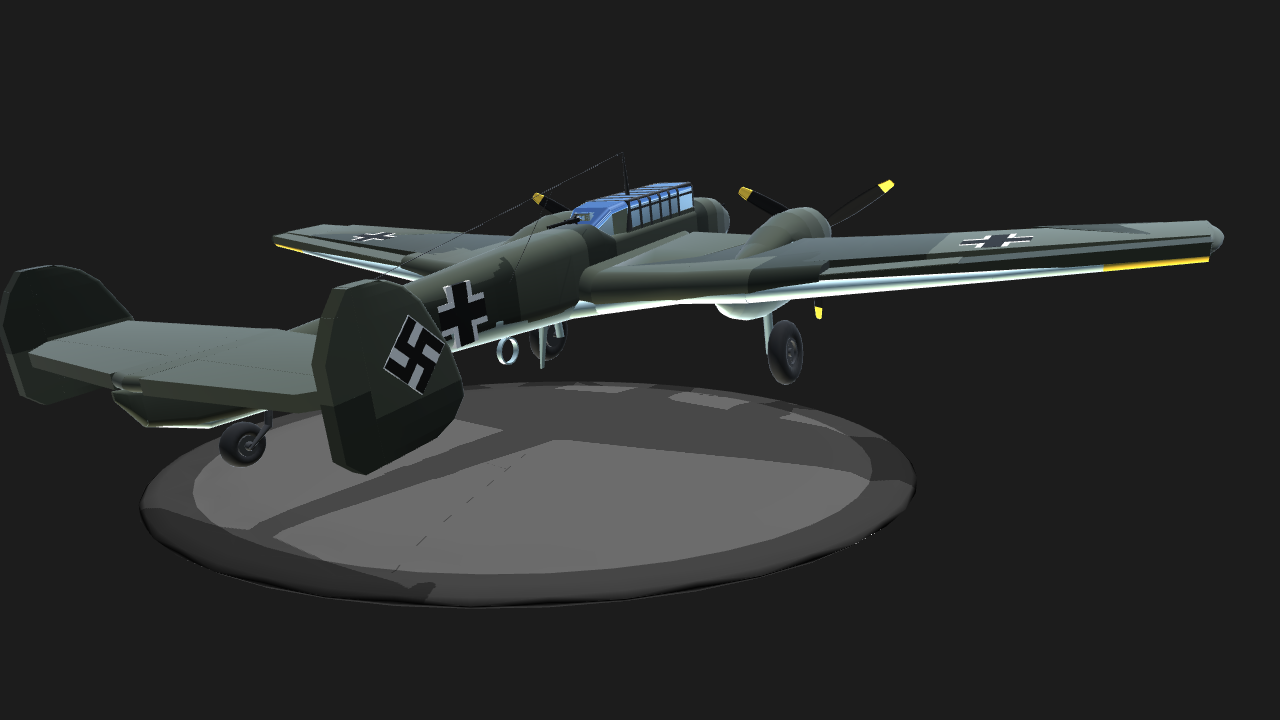 CONTROLS
AG1 + Trim / VTOL = Move the back MG
AG1 + Fire = Fire the back MG
AG2 + Trim = Flaps
The Messerschmitt Bf 110, often known unofficially as the Me 110,[2] is a twin-engine Zerstörer (Destroyer, heavy fighter) and fighter-bomber (Jagdbomber or Jabo) developed in Nazi Germany in the 1930s and used by the Luftwaffe during World War II. Hermann Göring was a proponent of the Bf 110. It was armed with two MG FF 20 mm cannon, four 7.92 mm (.312 in) MG 17 machine guns, and one 7.92 mm (.312 in) MG 15 machine gun (later variants’ rear gunner station would be armed with the twin-barreled MG 81Z) for defence. Development work on an improved type to replace the Bf 110, the Messerschmitt Me 210 began before the war started but its teething troubles resulted in the Bf 110 soldiering on until the end of the war in various roles, with its replacements, the Me 210 and the significantly improved Me 410 Hornisse. 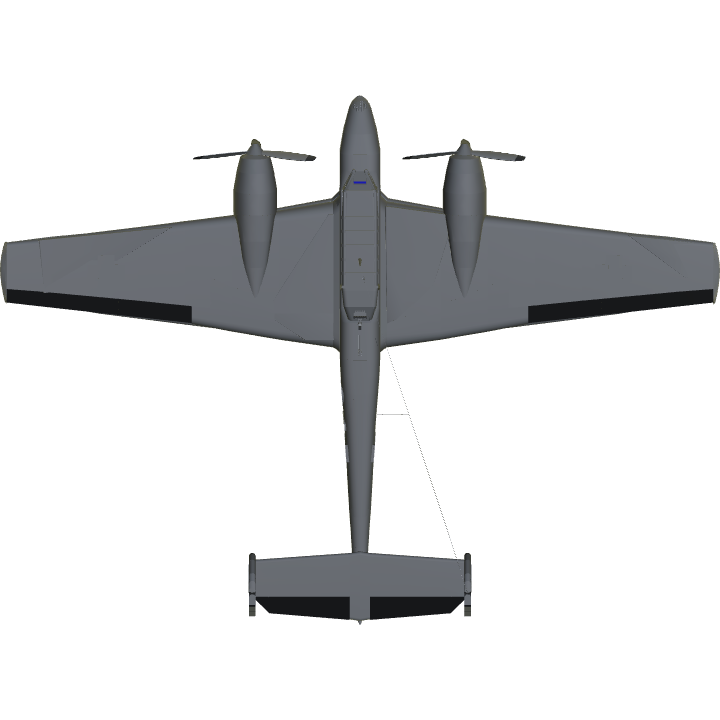 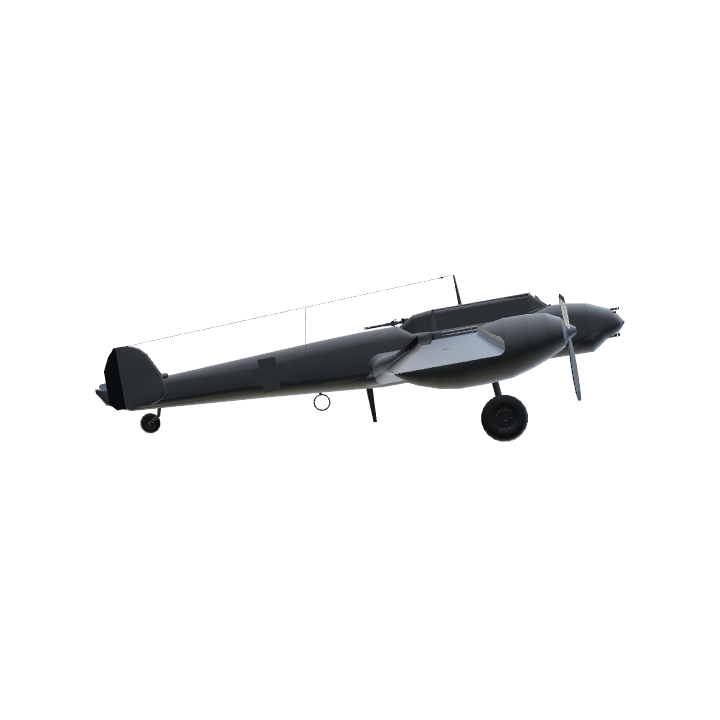 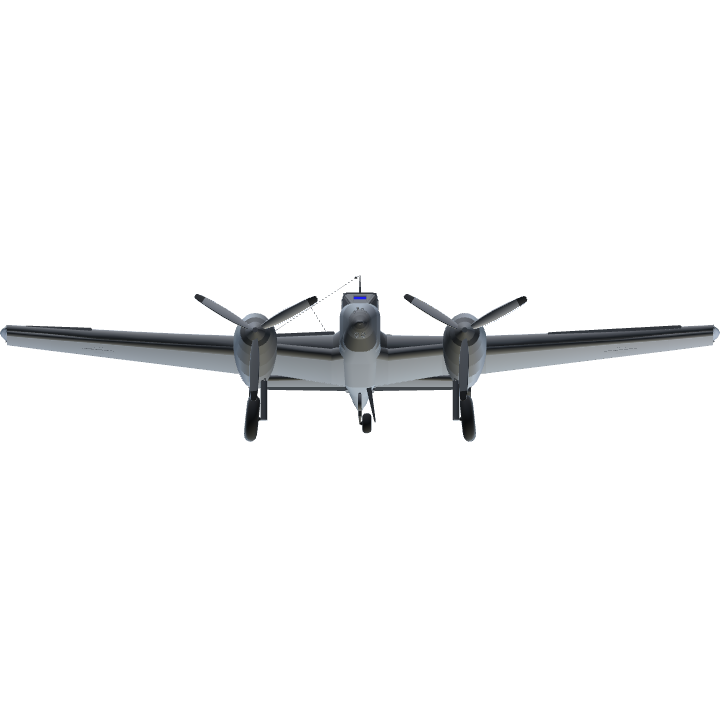