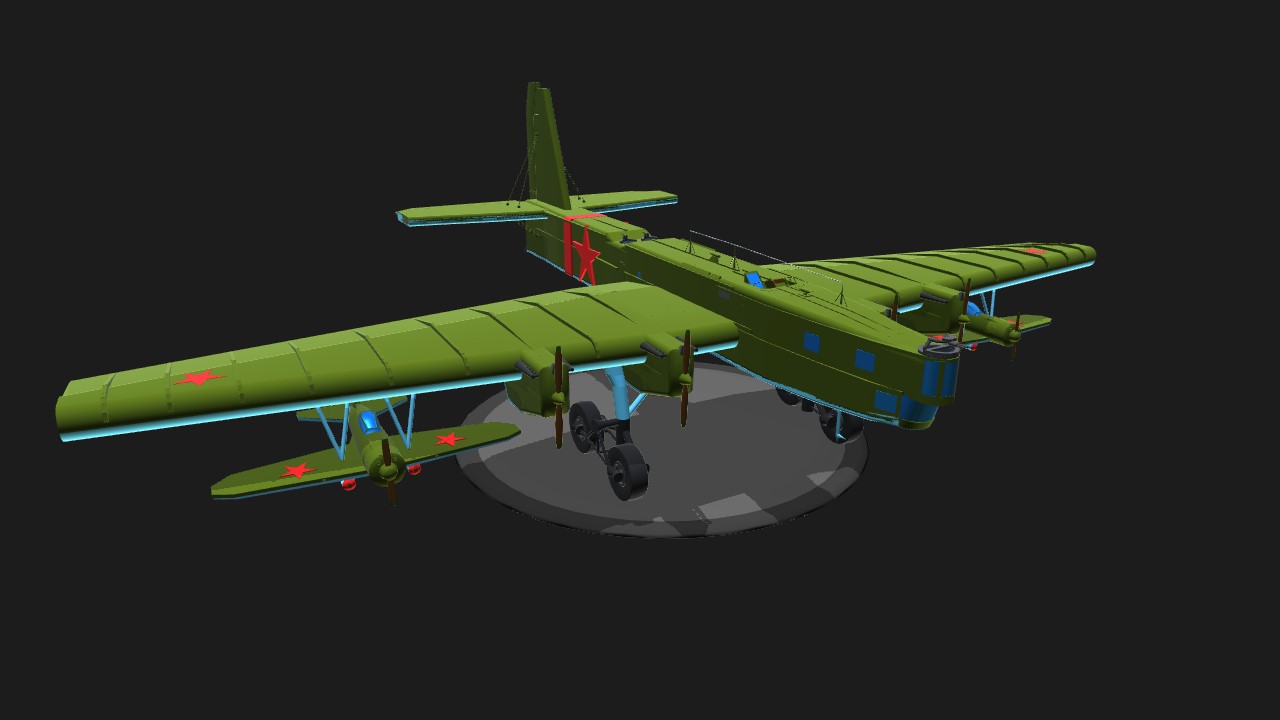 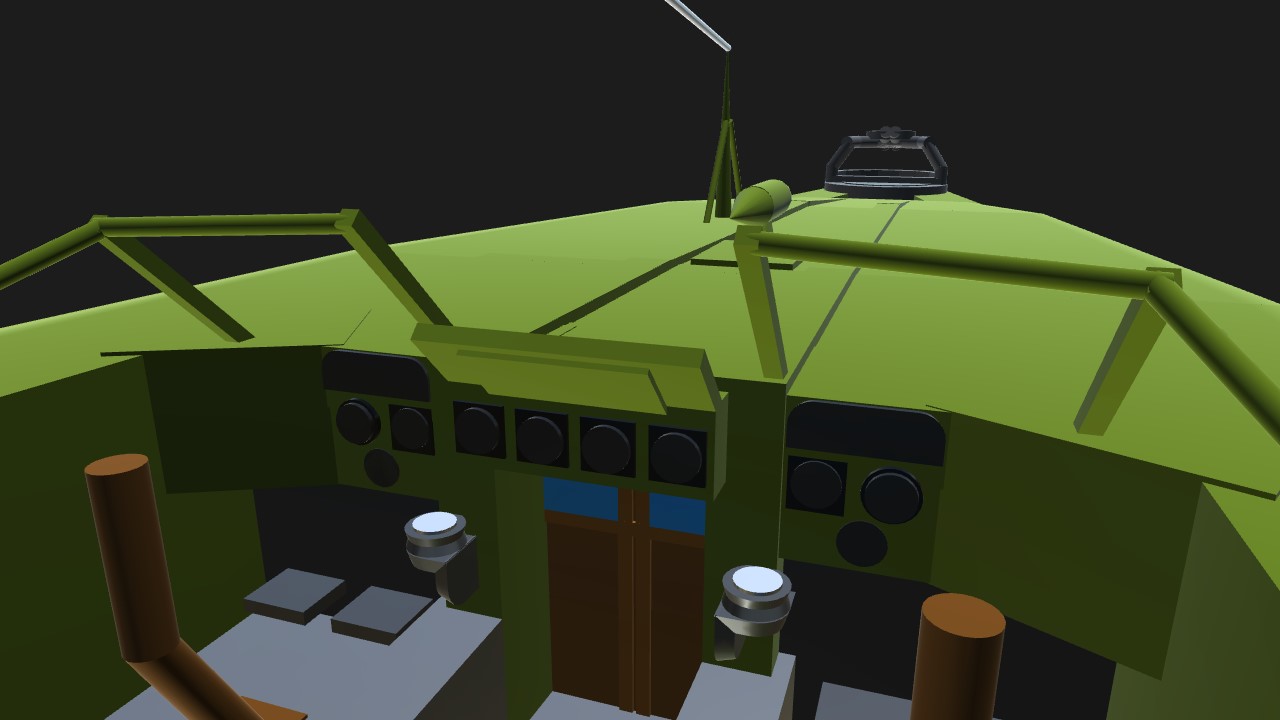 First, I thank @deusalgor of I-16 and the Air Forces of the USSR signs.

Today I want to present a project that took me a huge amount of time and effort, and let him enough shortcomings, he made the most detailed.
My Radeon 7770 and i3 2120 choked and begged for mercy.
It - Zveno project, which consisted of TB-3 and I-16, two under the wings. Unfortunately, due to technical problems, many features had to be abandoned, but I hope that the TB-3 of this does not become worse.
I hope you enjoy my work, and you will appreciate it in dignity.

Thank you for attention.

From Wikipedia:
Zveno (Chain link or a military unit "Flight") was a parasite aircraft concept developed in the Soviet Union during the 1930s. It consisted of a Tupolev TB-1 or a Tupolev TB-3 heavy bomber acting as a mothership for between two and five fighters. Depending on the Zveno variant, the fighters either launched with the mothership or docked in flight, and they could refuel from the bomber. The definitive Zveno-SPB using a TB-3 and two Polikarpov I-16s, each armed with two 250 kg (550 lb) bombs, was used operationally with good results against strategic targets in Romania during the opening stages of the German-Soviet War. The same squadron afterwards also carried out a tactical attack against a bridge over the River Dnieper that had been captured by advancing German forces. 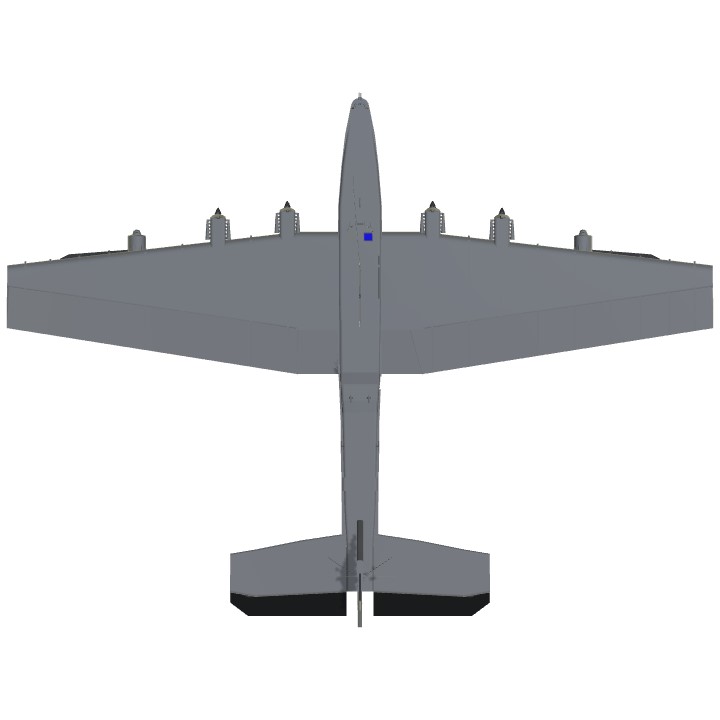 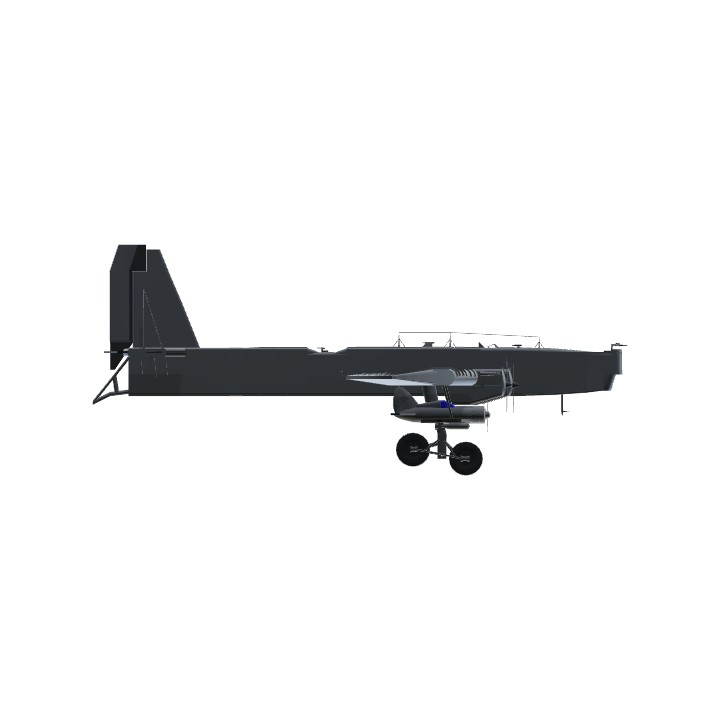 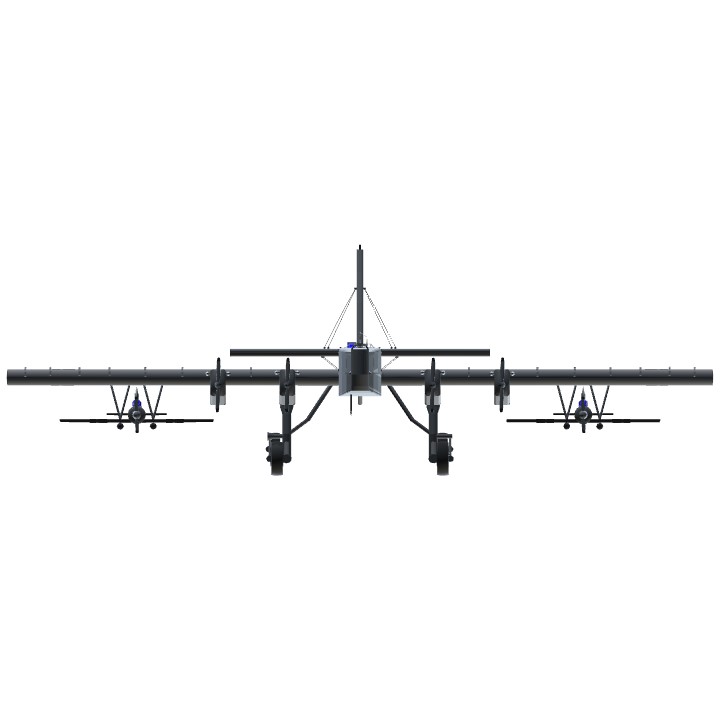