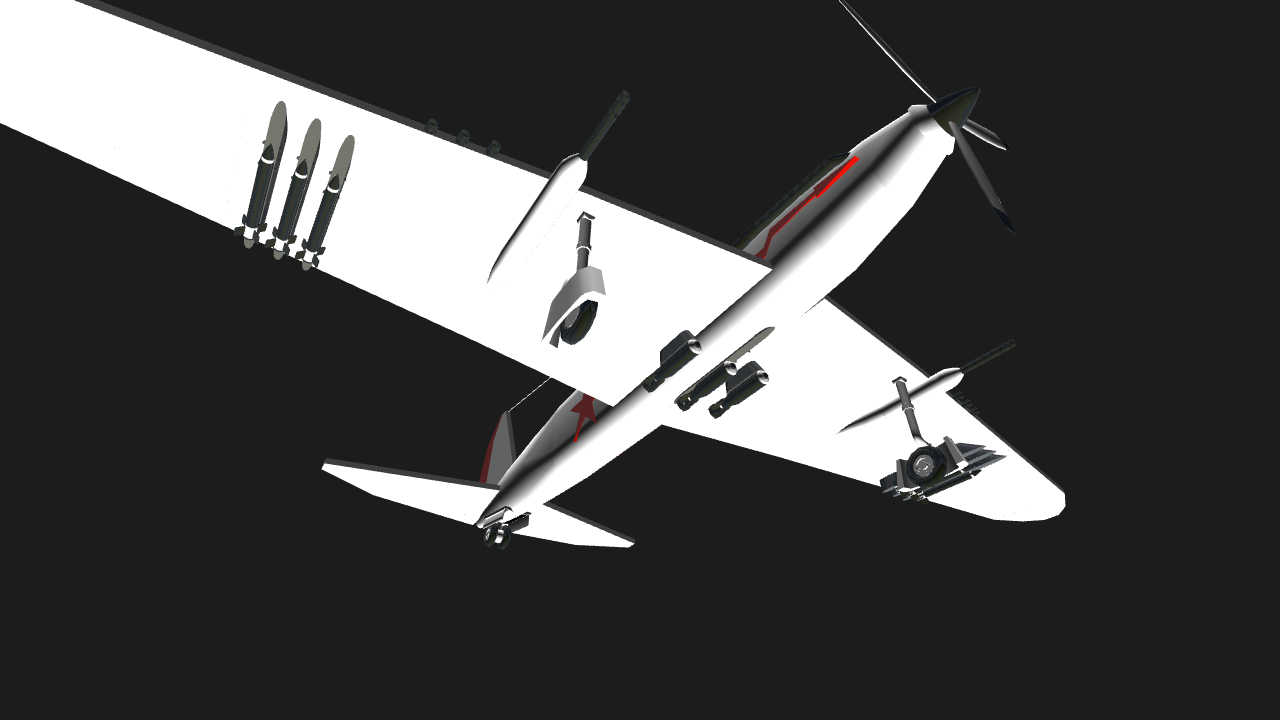 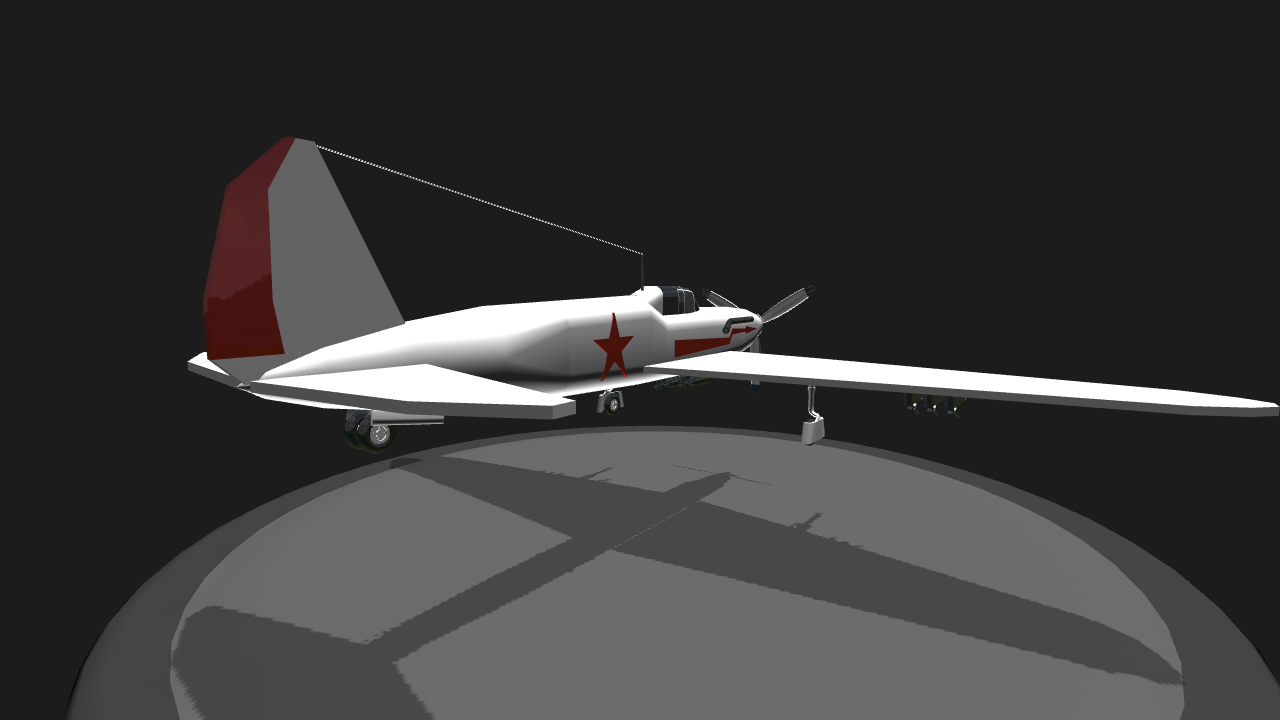 Yup. This one has armor too. It has two 23mm VYa-23 cannon in under-wing fairings, six .30 cal ShKAS machine guns in the wings, three 110 lb bombs under the fuselage, and six RS-82 rockets under the outer wing panels.

History:
Throughout the 1930s the doctrines relating to the use of big armored units were completely reappraised. Because every new threat demand­ed an immediate answer, a new type of aircraft appeared in the USSR: the shturmovik, or assault aircraft. Several of the best-known aircraft manufacturers worked on this new weapon. At the start of the decade Tupolev proposed two heavy shturmoviks, the ANT-17 and ANT-18, but they were never built. The TsKB (central construction bureau) built four aircraft designed by D. P. Grigorovich, the LSh-1, TSh-1, TSh-2, and ShON. In 1933 a design brigade under the leadership of S. A. Kocherigin-and assisted by the forty-one-year-old M. I. Guryevich, Mikoyan’s future right-hand man-built the TSh-3, also called the TsKB-4. N. N. Polikarpov, for its part, developed the R-ZSh.

Mikoyan and Guryevich started the preliminary design of their first assault aircraft in 1940. The PBSh-1 (Pushechniy Bronirovaniy Shturmovik) armored assault aircraft with cannons) was a single-seater designed to attack frontline ground targets such as troops, strong points, and armored vehicles. It had a cantilever inverted gull wing and was to be powered by a 1,178 kW (1,600 hp) Mikulin AM-38 engine. Sensitive parts, the engine, and the cockpit would be protected by armor plating. But the weight of the armor alone was 1,390 kg (3,065 pounds), or 30 percent of the aircraft’s takeoff weight. The design had to be completely reconsidered to integrate the armor into the stressed structure. It was to be equipped with two 23mm Volkov-Yartsev VYa-23 cannons in fairings beneath the wing (96 rpg) and six 7.62-mm ShKAS machine guns on the wing leading edge (750 rpg). All of these weapons would fire out­side the propeller disc.

The preliminary design by N. Z. Matyuk, chief of the aerodynamic design department, was approved on 24 July 1940 by OKO chief engi­neer Mikoyan, his assistant Guryevich, and P. V. Dementyev, manager of Aviakhim factory no. 1. The OKO started work on a full-scale model of the aircraft in the fall. But as soon as the Ilyushin Il-2 was approved for series production, OKB engineers halted all work on the PBSh-1 and started in immediately on the preliminary design for the PBSh-2. In some OKB documents the PBSh-1 is referred to as the MiG-4. 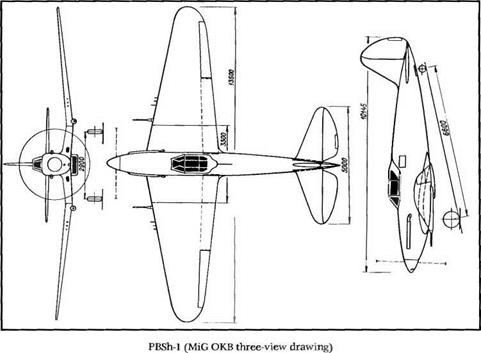 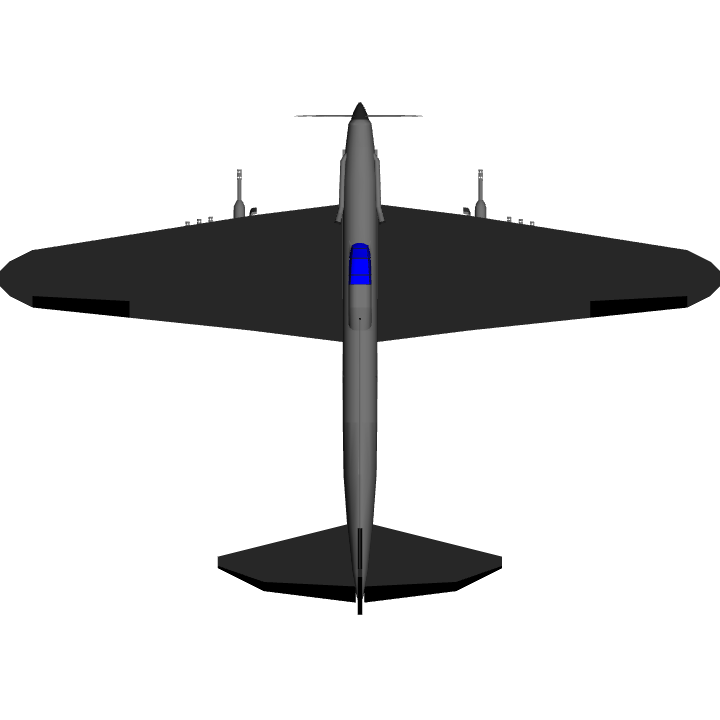 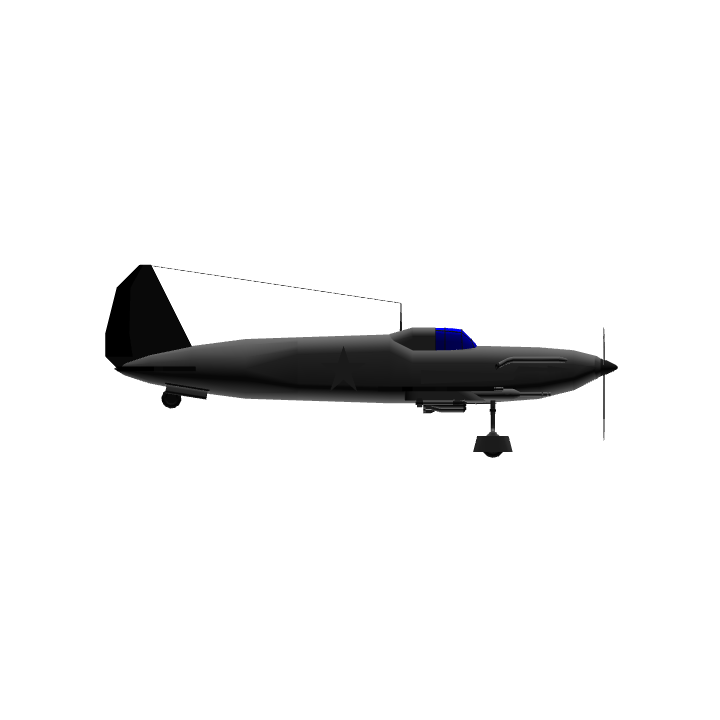 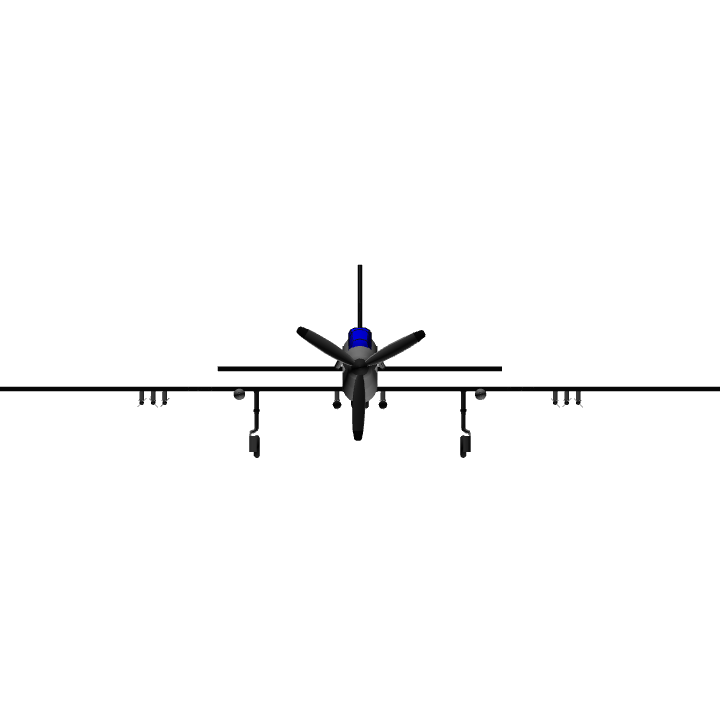