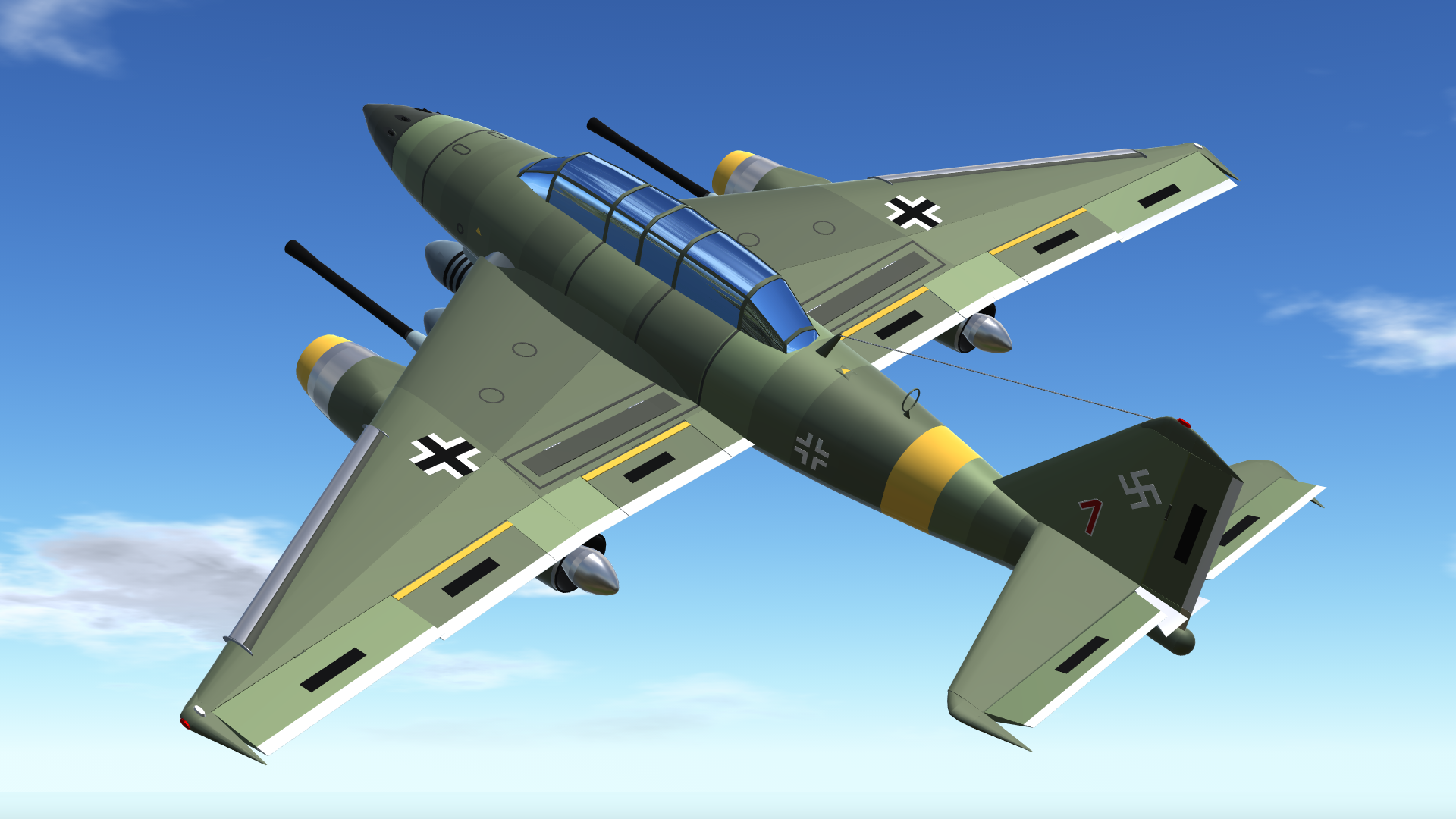 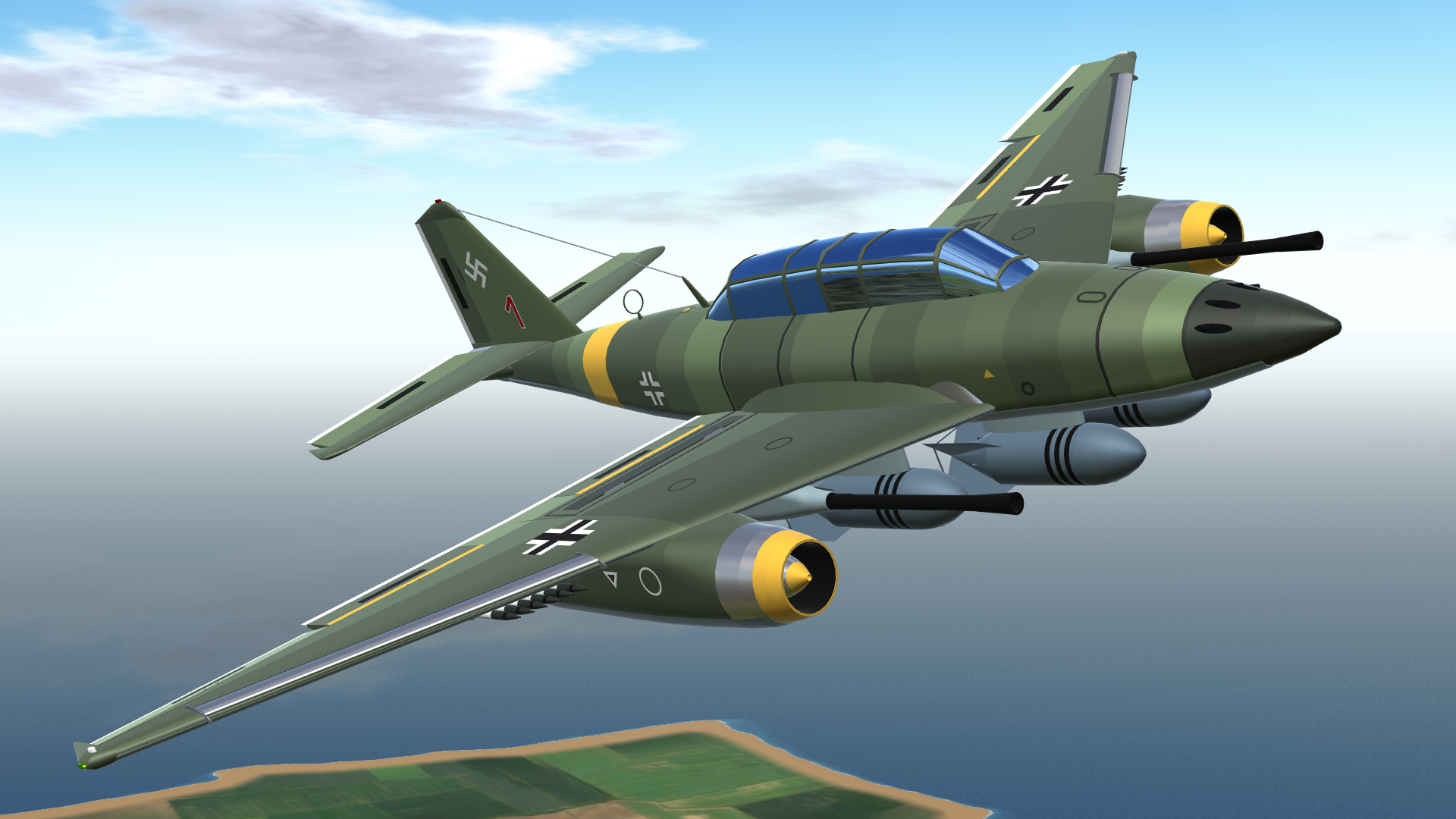 History
The Me 262 A-2a U9 Uber Sturmvogel is a fictional version of the famous Me-262 and its ground attack variant. He wanted to design a ground attack and bombardment aircraft, with tank-hunting capabilities. The result is a Me-262 with repowering Jumo engines and a larger wing to carry a larger amount of weaponry. Apparently the Me-262 could carry two 500 kg bombs, so I thought that this version could double that amount and house the famous Bordkanone BK 7.5 gun. The aircraft has slower acceleration, good stability and improved visibility thanks to the zoom-in-hud system. We could imagine this plane flying in the last phases of the war defending the last lines of defense of the Reich. It would be one of those wonderful weapons that would try to change the course of the war, although it would be too late to make a difference, or maybe yes?

Notes
a) Take-off run must be corrected with Yaw control.
b) For attack maneuvers we recommend zooming into the hud, press AG3 to improve your visibility.
c) Slats and flaps are automatic.
d) The afterburner consumes a lot of fuel, be careful! don't stay dry :-) 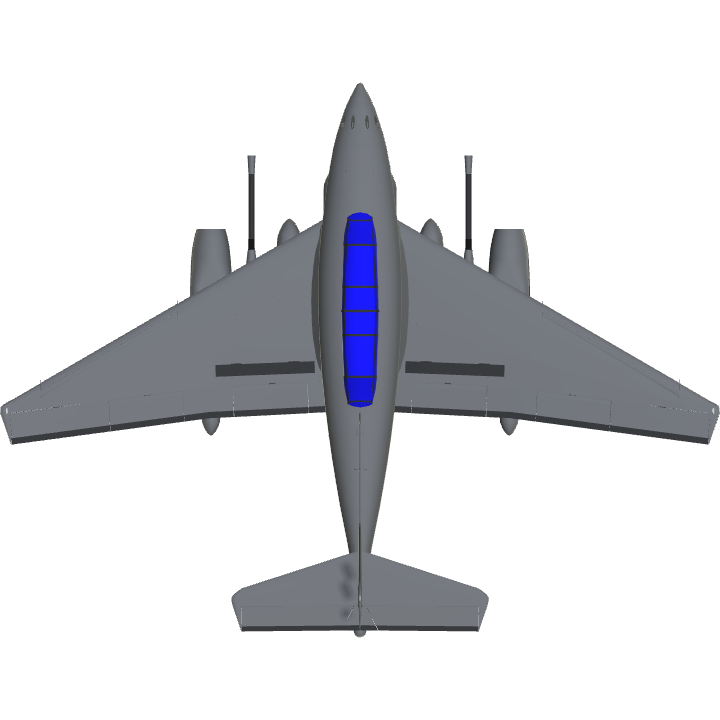 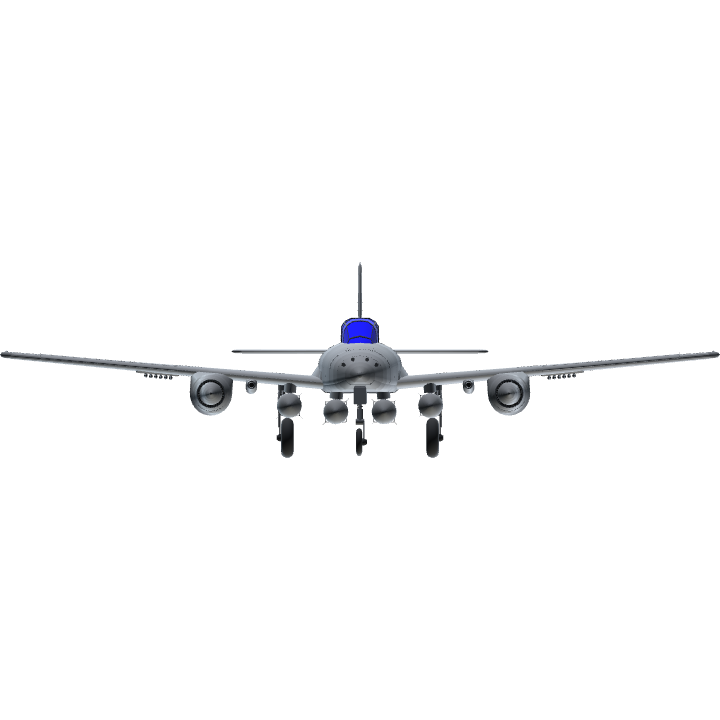