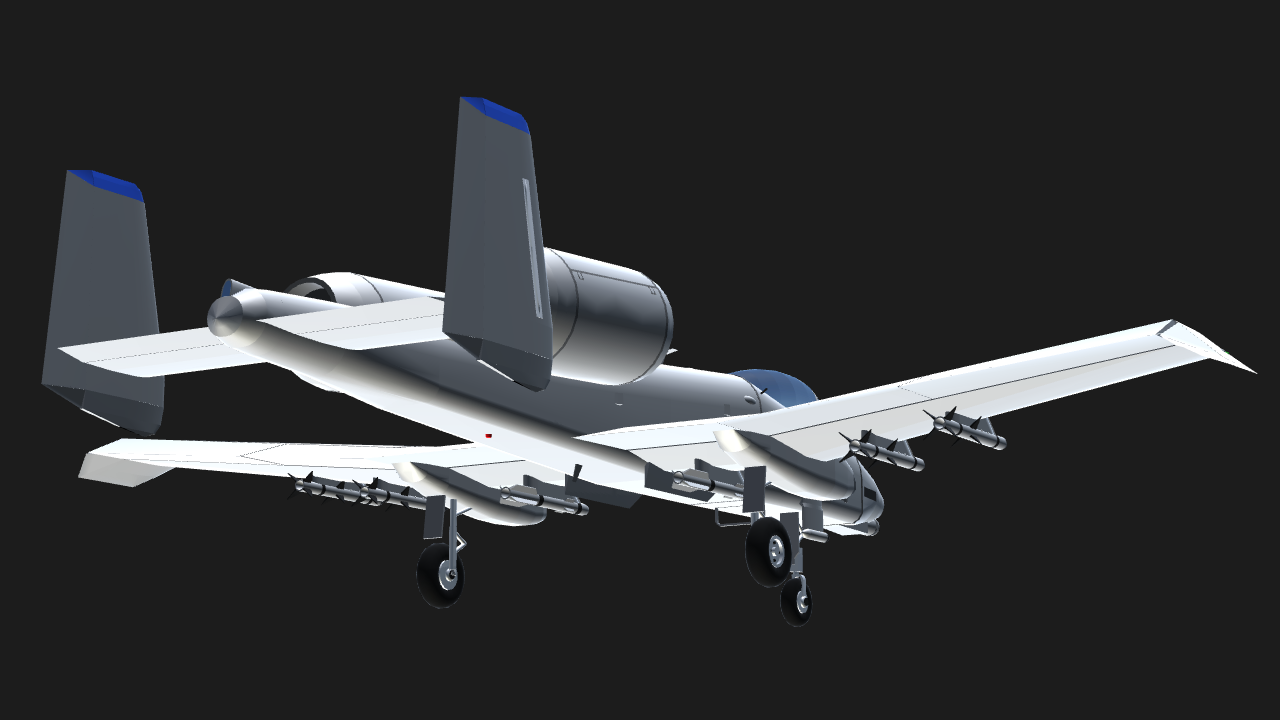 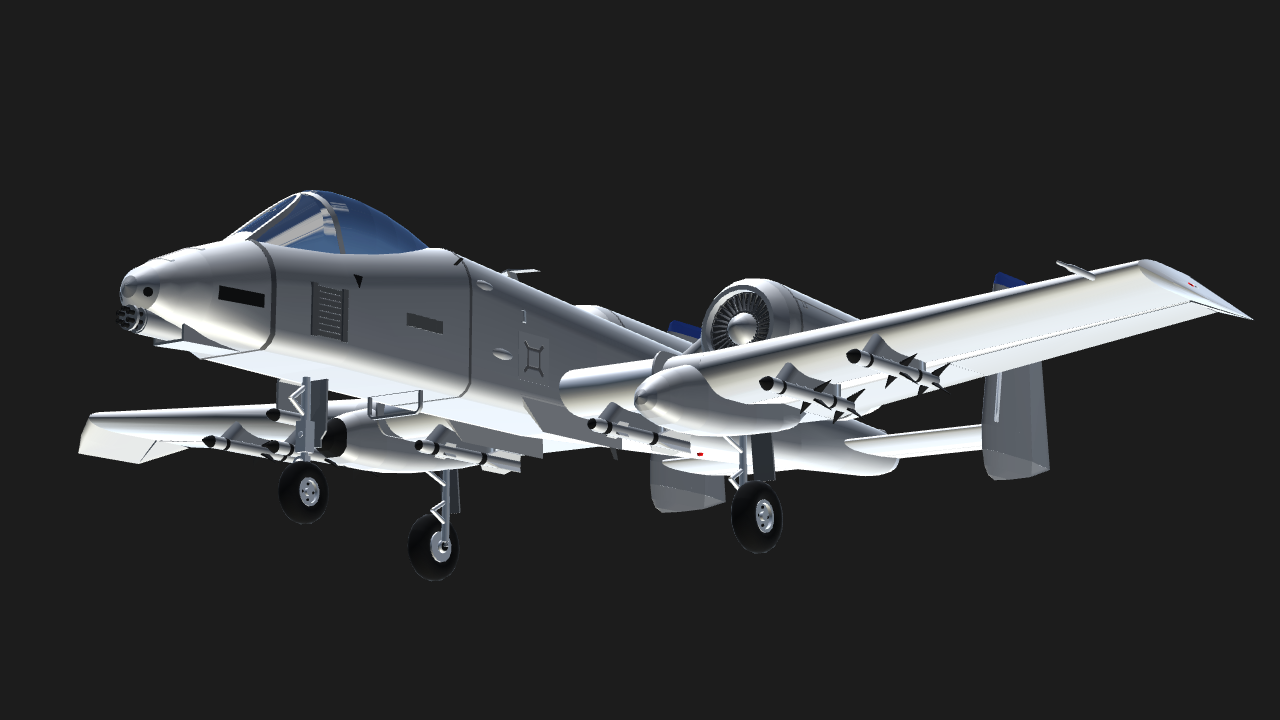 The Fairchild Republic A-10 Thunderbolt II is a single-seat, twin turbofan engine, straight wing jet aircraft developed by Fairchild-Republic for the United States Air Force. This jet was a blast to make. I love how well it came out too. It was a bit difficult to make super manueverable, but at least the real life counterpart doesn't either. It is great for destroying ground targets (as you might have guessed). It is armed with 2 guardians, 4 interceptors, and one gau-8 machine gun. 1=nav lights 2=landing light 3= Airbrakes VTOL=Flaps. The plane does need to be trimmed right off the bat, so I suggest that you lower the trim slider between the middle arrow and the second arrow. Hope you enjoy! 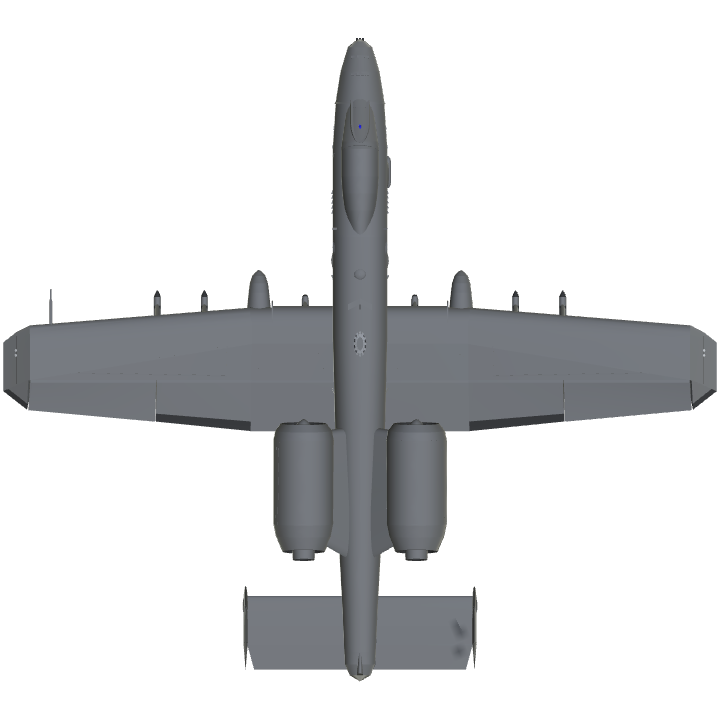 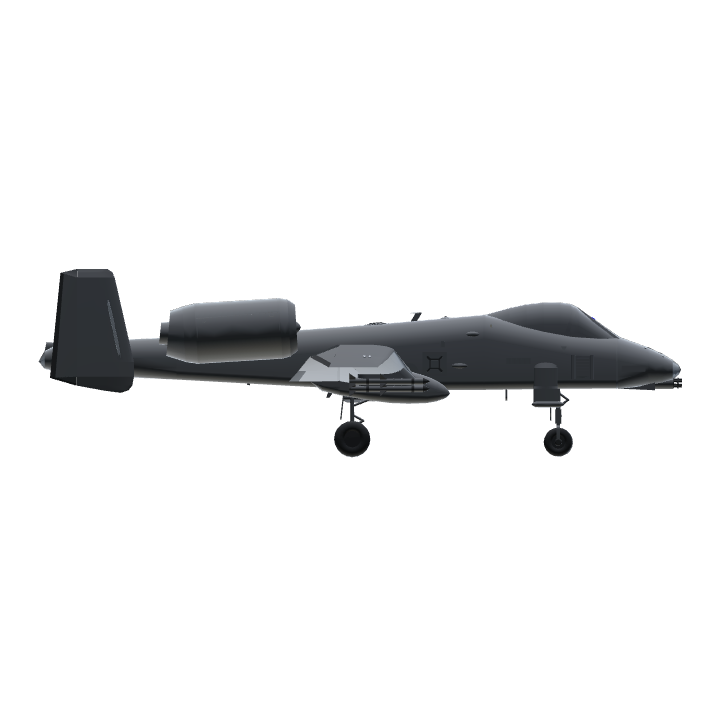 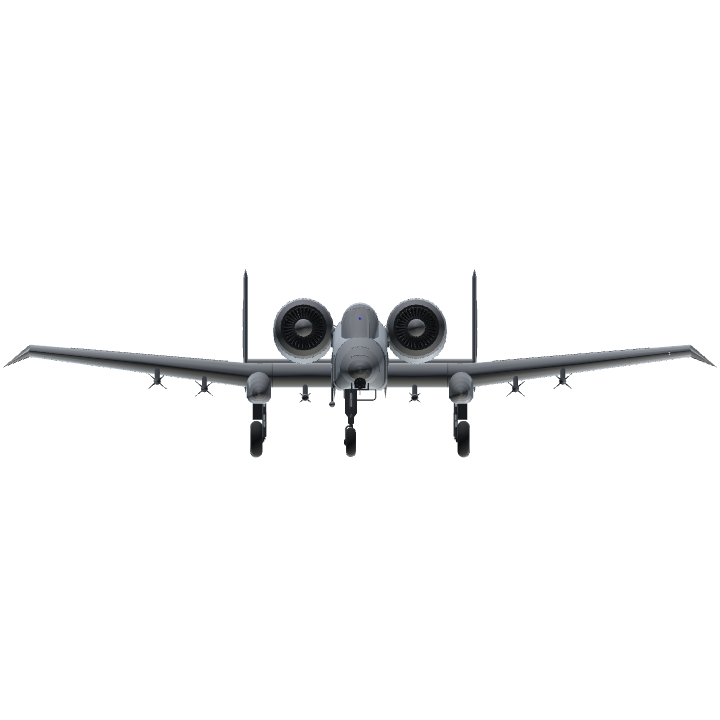