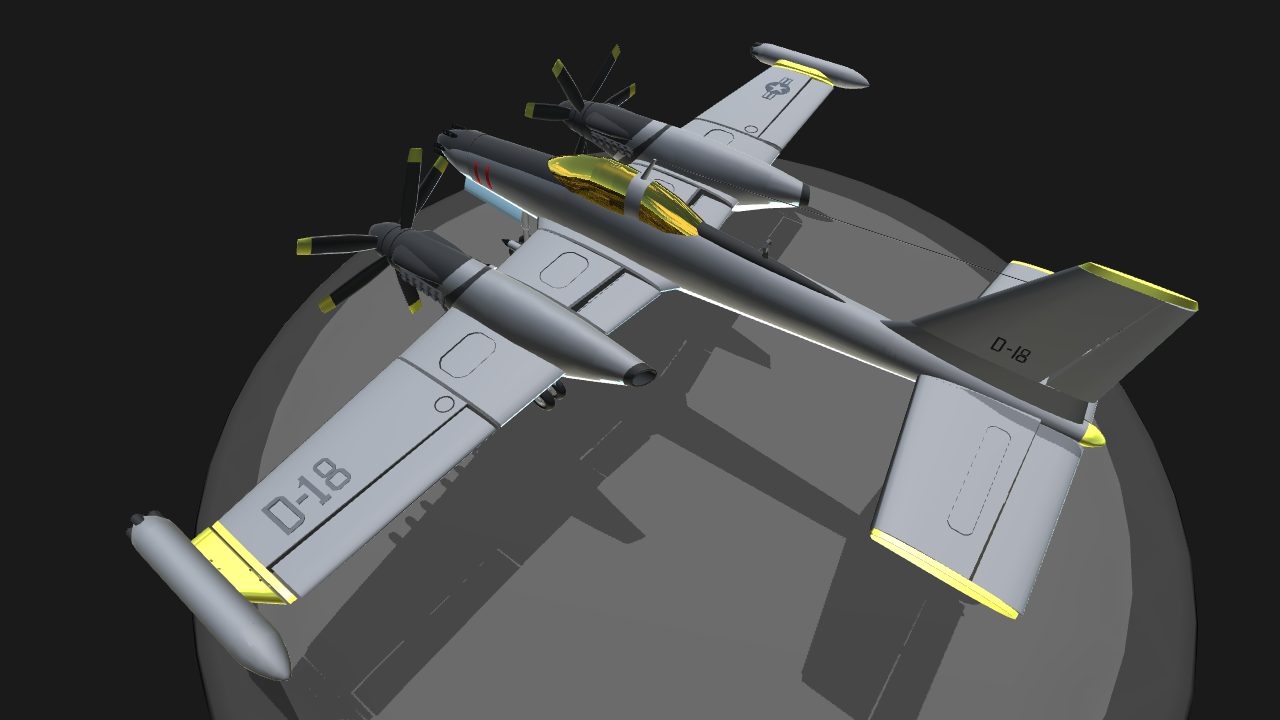 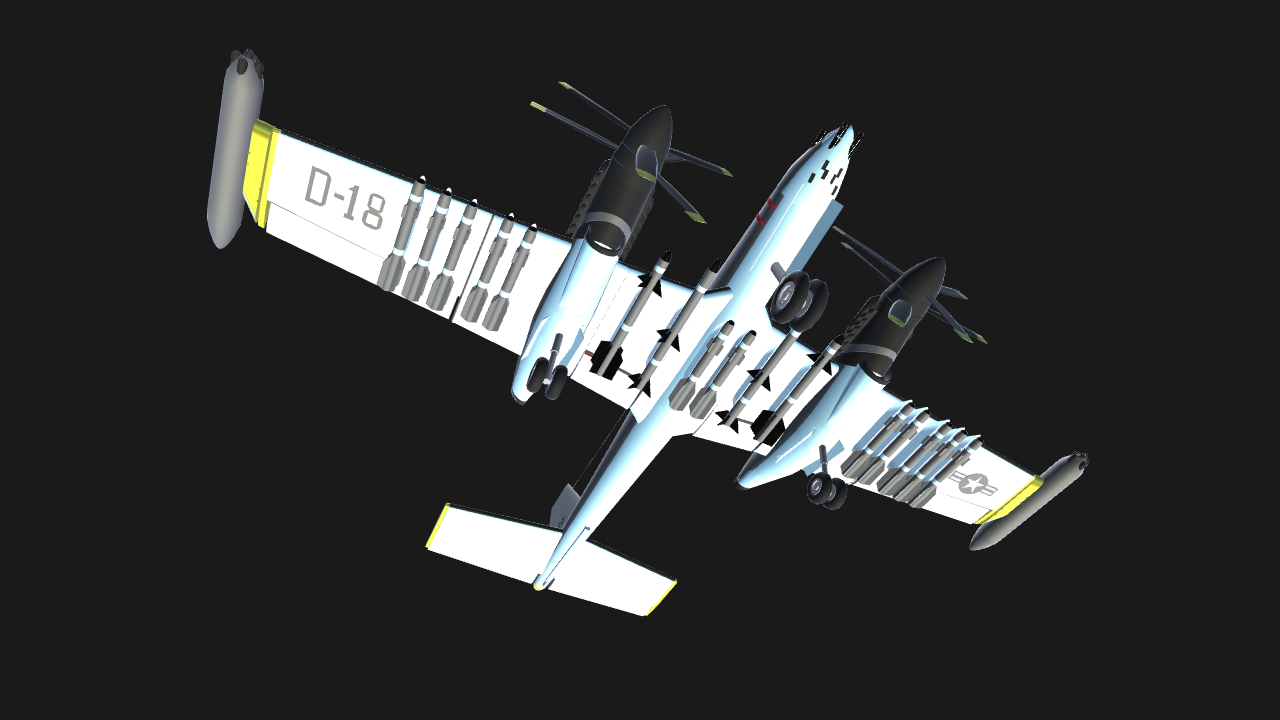 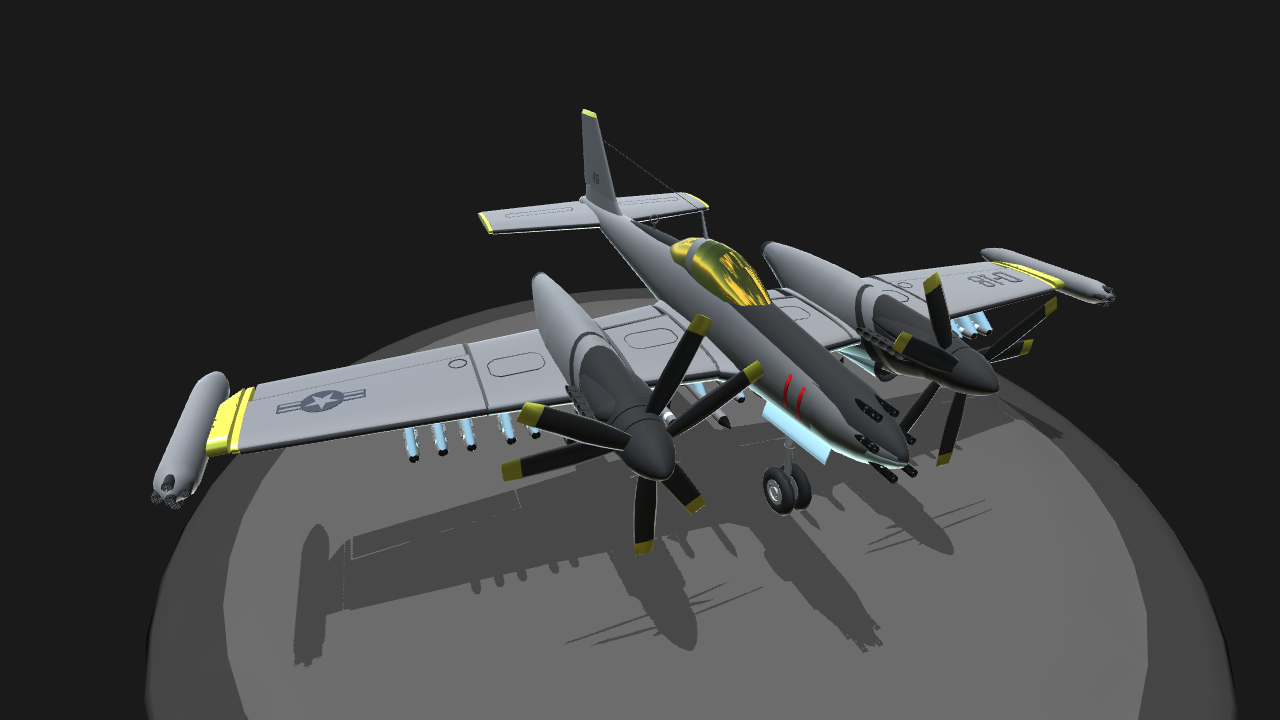 * IMPROVED VERSION FROM THE PREVIOUS *

A large number of dettais was added. Flashing textures was mostly eliminated (all them I think, but... who know?) by resizin the parts or inserting other pieces that mask the flashing ones. Al those adds are used also as visual dettails to improve the global aestethic.

I.E. the brakes now show a red sign when extended, as visual help for the pilot.

More pylons for more payloads, and a bit less power made the plane slower and more realistc. There is more drag in the plane, and less in the landingear. The roll is still fast but less sci-fi than before.

The wings can now be folded, as a carrier capable plane must have. Do not attempt to fly with folded wings! (LOL)

6 machine guns in the snout with brass casing ejection. The ejection is now sincronized with the 6 machine guns and the brass count is the same of the bullet really fired.

2 custom rockets pods on wingtips with 35 small rockets each. They do not do much damage, but do not understimate them. In large number can sink a ship.

12 x inferno missiles to wipe out any ground resistence or to sink ships. A Destroyer need 4 of them to sink.

The configuration provided is only an example. The plane can carry a wide variety of loads including boom50 (tested x 3), covering multiple roles.

Present both flares and chaf

The hook is modified via XML to provide a very high friction with the track or bridge, simulating a hooking of the cable. It is very robust and holds the impact with the track. Due to SP physic, when it touch the ground it can be temporary dislocated from center, so be carefull and be ready to retract it or a steering torque will be generated.

I do not remember who made the basic version, and released it as "free use". They are however modified quite heavily to adapt them to the 3D wings and to make them flat (they was a superimposition of planes of consistent thickness). They are also now weightless and without aerodynamic drag, to prevent the aircraft from having unpredictable behavior.

TRIM all down, 100% engines. Rotation at 120 MPh. Just in the air close the landing gear, and raise the TRIM.

About 35% engines, VTOL all down, TRIM all down, landing gear lowered. On the track switch off the engines and glide gently. The race to stop the plane is very short, especially with the hook down. For emergencies use the parachute-brake.

Intuitive, fast and insanely manageable does not require special instructions. I find this aircraft incredibly fun to fly.

RodWan teach me a couple of tricks about how to activate rotators, and I must be honest... I never heard them before in about near 3 years of SimplePlanes. 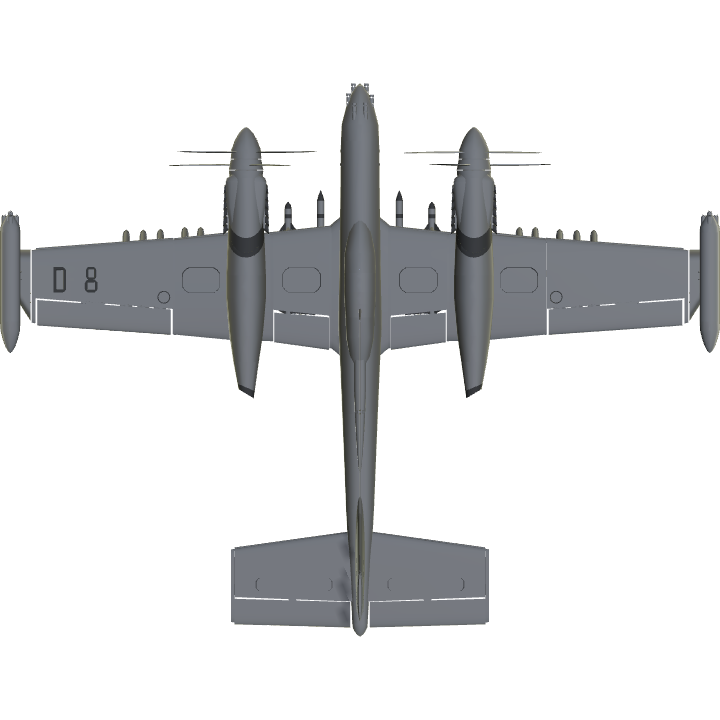 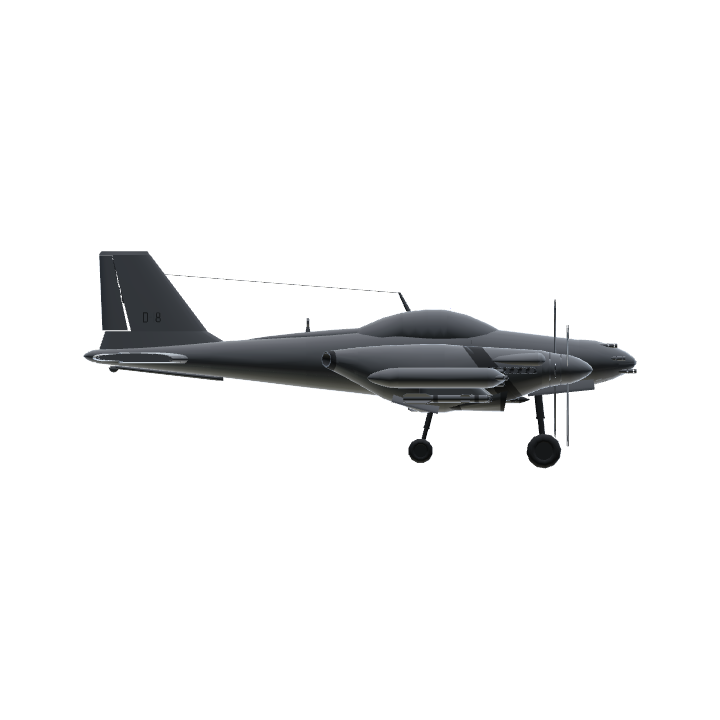 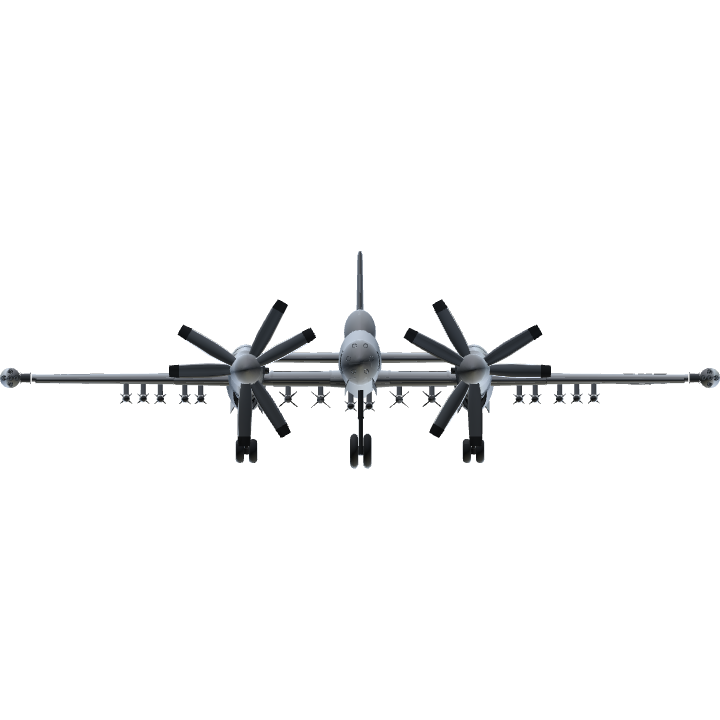