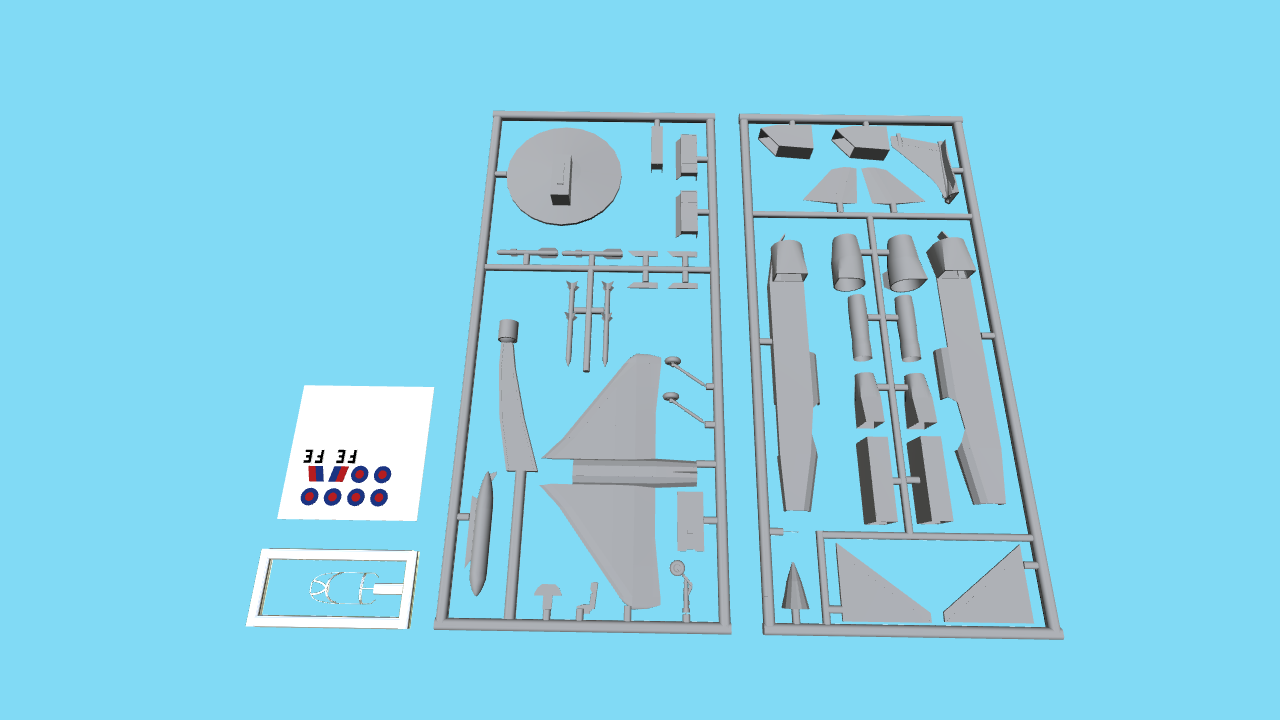 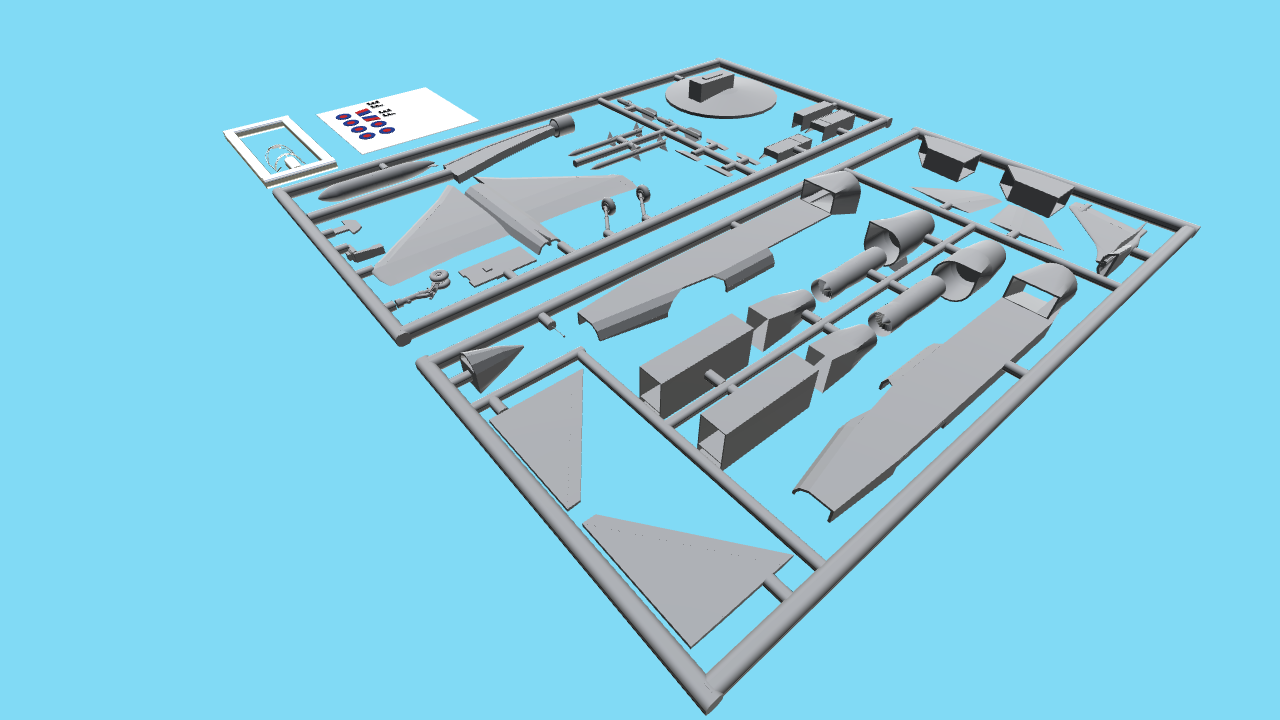 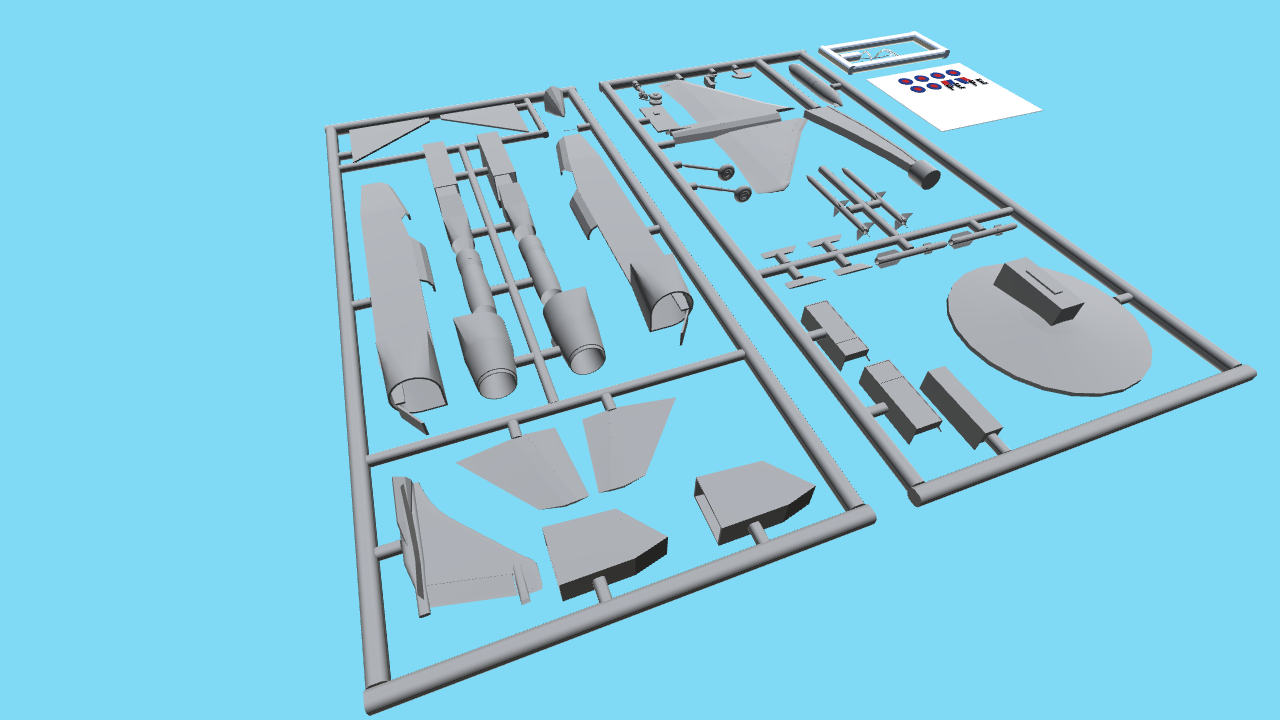 Following on from my previous kit build i thought it was apt that the second build be a jet. Now as always this jet leans heavily on some aircraft I like while adding / altering them to suit what i think would be advantageous alterations. So during the era of the 60s/70s the Mig 25 Foxbat was flying about the SEPECAT Jaguar appeared and loads of other similarly proportioned aircraft went into front line service. So i took the basic layout of the Jag, added much larger engines as the RR Turbomeca engines always looked a bit feable. This alteration combined with a fin from a Crusader (well why not) led to this design.

Use VTOL and TRIM to tilt the model about, as per the real one, dont do it too much or crash bang wallop goes your nice model.

You will need to used your scalpel (attachments detacher), glue (hopefully the parts should click into place for you and stay that way), your fingers to nudge the pieces into place (its handy for complicated pieces if you use the nudge tool to nudge the proposed connecting parts up out of the way before multiselecting the part into place)

Remove the seat, control panel and cockpit floor from the sprue and attach them together

Remove a cockpit side and attach cockpit into it

Remove the engine exhausts from the sprue and install

Remove the nose from the sprue and install

Remove intakes from the sprue and attach to engine/duct subassembly

Remove wing sections from the sprue and assemble

Remove tailplanes from the sprue and attach to the model

Remove undercarriage legs from the sprue and install

Pitot tube next, dont snap it!

Remove pylons from the sprue and install onto the nice ready made matching protrusions on the underside of the wing (yeah you heard that SEPECAT, the UNDERSIDE)

Remove and install the weapons

Remove and install the droptank

Remove the completely clear, hard, brittle canopy from its equally hard brittle mold without cutting it (it goes frosted) or snapping it or even just cracking it... and install with minimal amounts of glue (or it goes frosted) dont varnish it (or it goes frosted) careful with maskol as it might not cover what it looks to have covered and it will get painted (which can only be removed with care and attention, dont use turps or it goes frosted, pattern emerging here eh.) I use the same connection as it used to connect it to the sprue to attach to the thin middle panel on the fus, after nudging it up of course..

Fit stand and aircraft together

All doneski, now time for pictures before paint and transfers

All done, feel free to make your own whooshing noise as you tilt the plane about on the stand.

The "Guttersloh" green is as per the below image, i dont think the rest need much explanation. PS any other interesting schemes people may want to paint it in are all acceptable =)

And yes it was meant to say PANTHER, my dyslexic fingers however made me type it as if Mike Tyson was saying it... 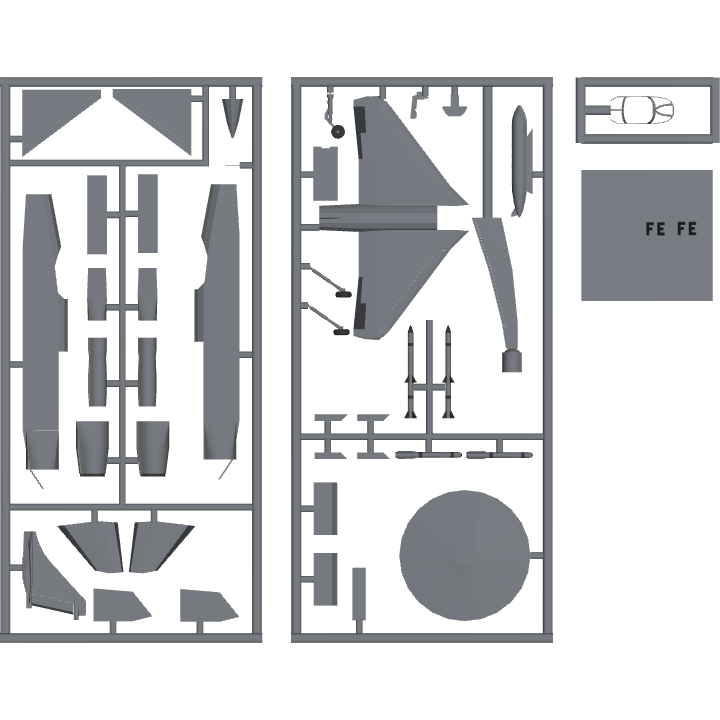 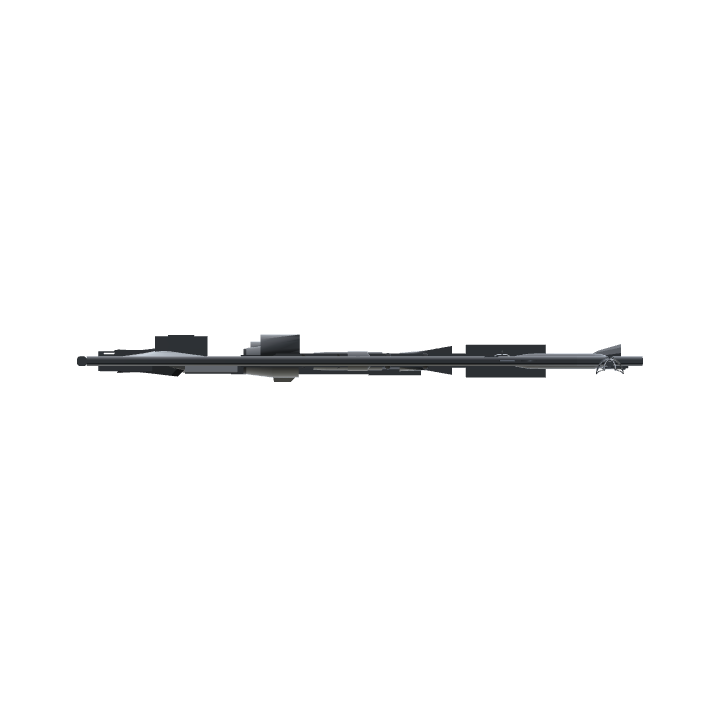 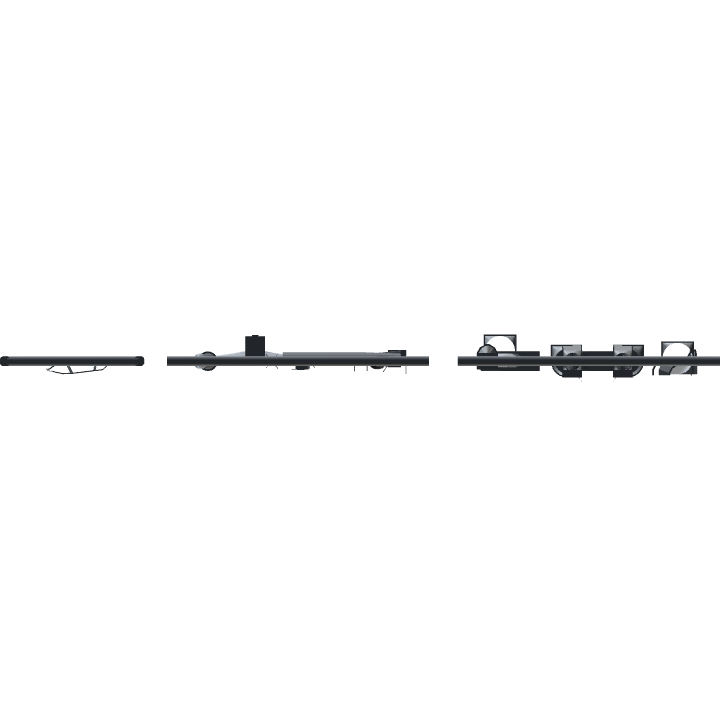