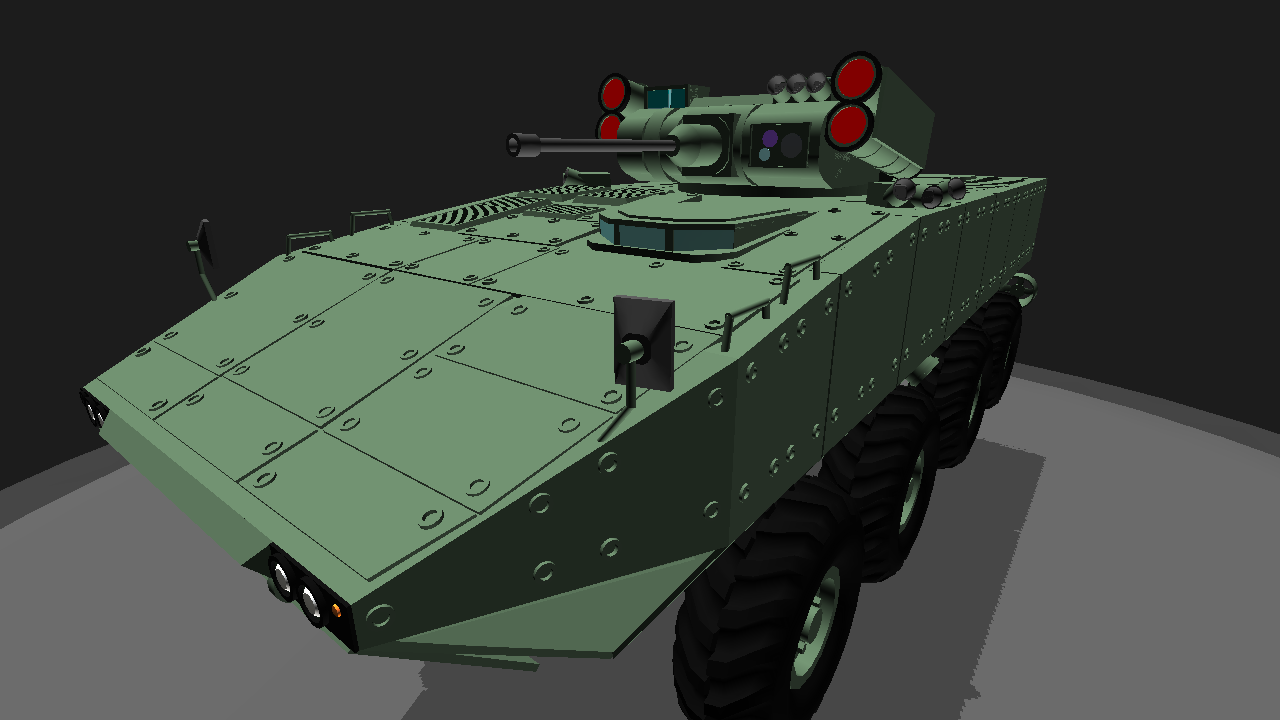 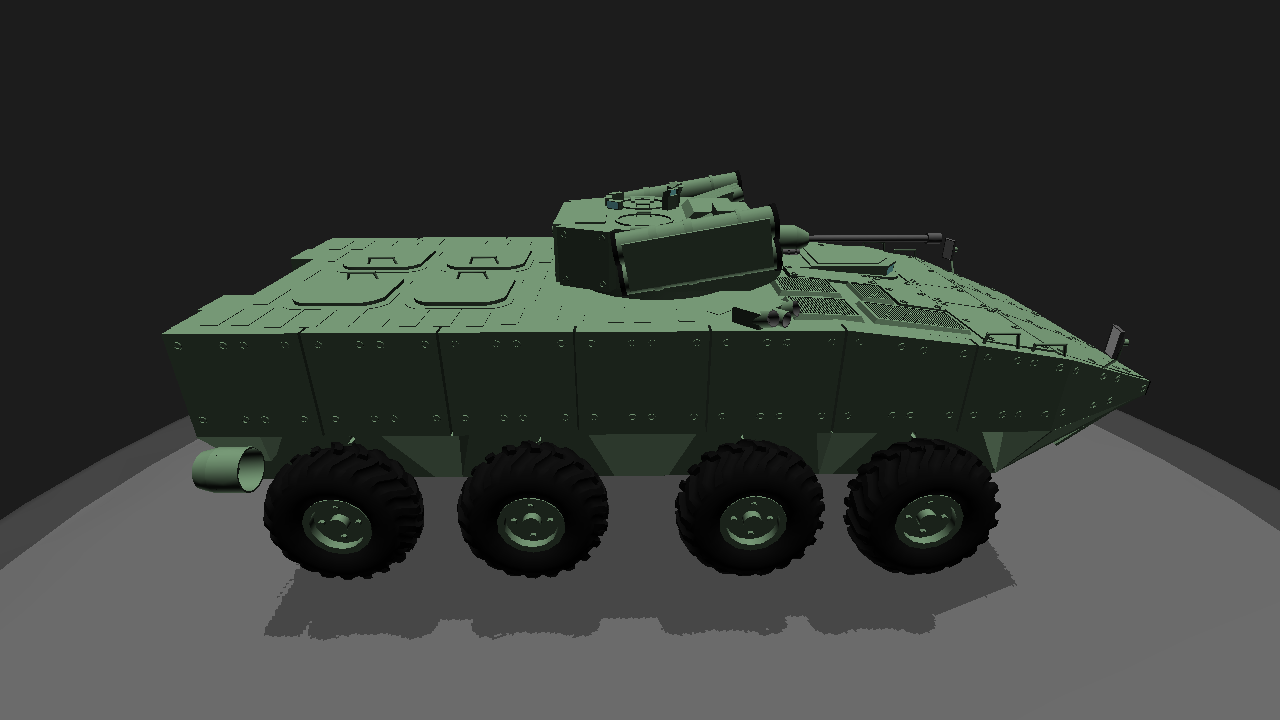 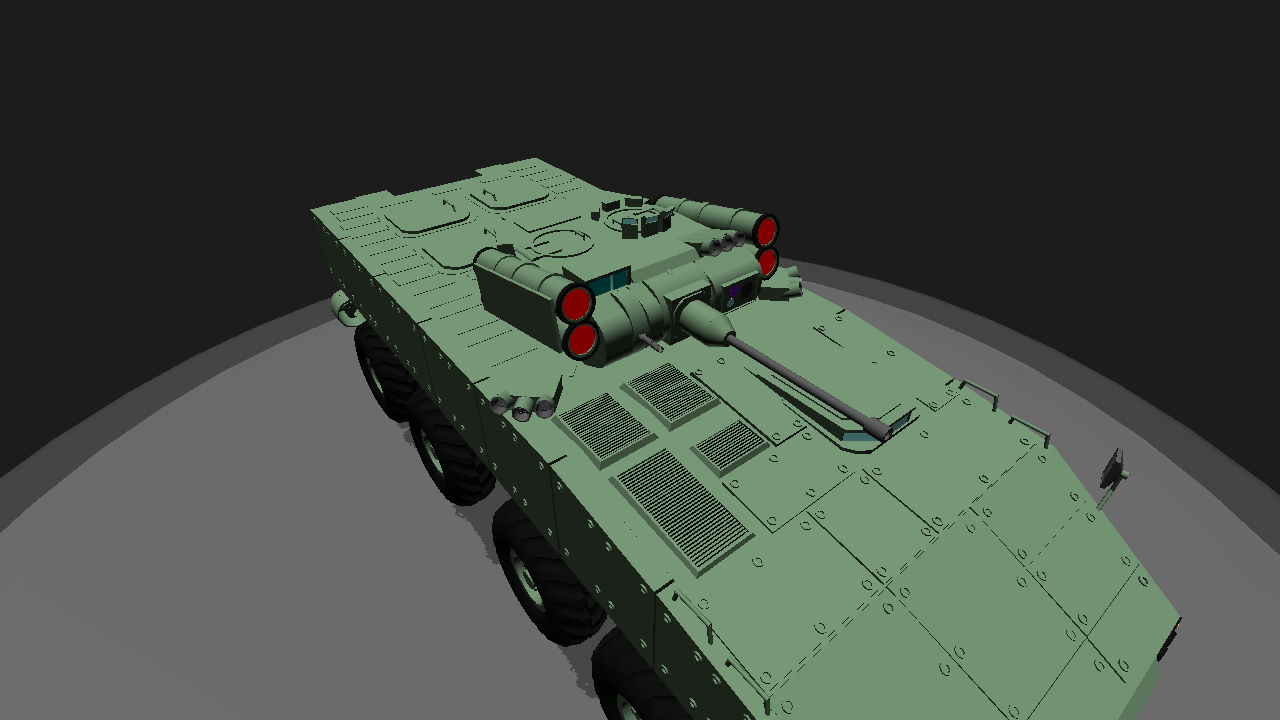 Hello. I have now computer not available, and because I not was able add or screenshots here and GIF animation :(

Description:
"Dietrich AMV" Is a multi-purpose wheeled armored vehicle developed by "KB Dietrich".
The main feature is the modularity of its design. At the request of the customer, the machine can be equipped with various engines and transmissions, cooling and heating systems, conditioning, collective protection, wheels of various sizes and types. Due to the different configuration of the base chassis, weapons, and special equipment, it is possible to obtain equipment for various purposes.
The body, welded from armored steel sheets with integrated armor of composite modular armor provides circular protection against bullets caliber 14.5 mm. In addition, to mitigate the attacks of cumulative shells, as an option, there is a undercut in the form of composite panels based on glass, or polyethylene fiber having an ultra-low molecular weight. Frontal projection armor provides protection against 30mm armor-piercing sub-caliber projectiles.
The double-layered V-bend bottom allows for an explosion of up to 10 kg of TNT explosives under any wheel. All seats also have an anti-mine design.
The weight of the Dietrich AMV machine, in the APC configuration, without crew and payload is 16 tons. The maximum permissible weight is 26 tons. Dietrich AMV has the ability to swim if its mass does not exceed 22 tons. This limit is sufficient to install on the machine double tower. In this case, in the aft part are installed on each side of the water jet engine in the casing, with a hydraulic drive. Water cannons provide the car with a speed afloat up to 10 km/h. In addition to the water jet engines, the cars designed for afloat movement are equipped with a wave reflection shield. Turbocharged diesel engine.

This presents a model of Dietrich AMV is a modification of the "APC" with a double turret armed with 40mm autocannon, 4-tank and machine gun fire 7?62??. She mounted smoke grenade launchers, and their ammunition includes smoke grenades, creating a veil in the visible and IR range, heat balloons to divert anti-tank guided missile with thermal homing heads. The tower has a digital fire control system. It includes sighting and observation complexes of the commander and gunner, two-plane stabilizer of weapons, ballistic computer with a set of sensors of shooting conditions. The sighting and observation complex of the gunner includes a periscopic sight with a 12-fold television daytime channel, a thermal imaging channel with two interchangeable magnifications and a laser rangefinder channel with eye-safe radiation. The combined image of the television and thermal imaging channels is displayed on a flat screen. In case of failure of the LMS, the gunner can use an emergency optical day sight.

The commander of the machine, can fire from the main and auxiliary weapons, carrying out his guidance on the target on the monitor installed on his workplace, duplicating the combined image of the television and thermal imaging channels of the sighting complex of the gunner. Pointing is done with Electromechanical actuators the guidance of the stabilizer arms with the help of a remote control commander or the gunner Drives the gun and turret have a manual override.

The tower is welded from aluminum armor, plates of armor steel are bolted to it from the outside to increase protection. 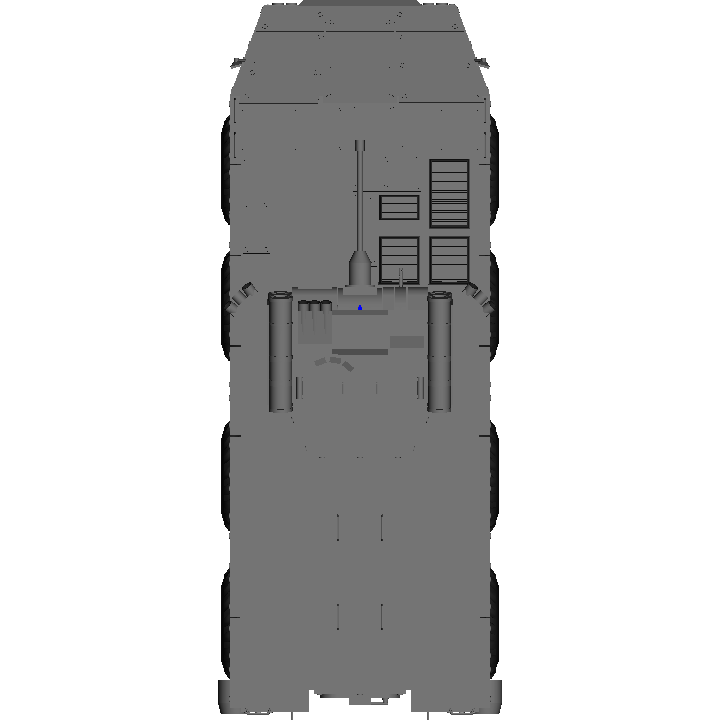 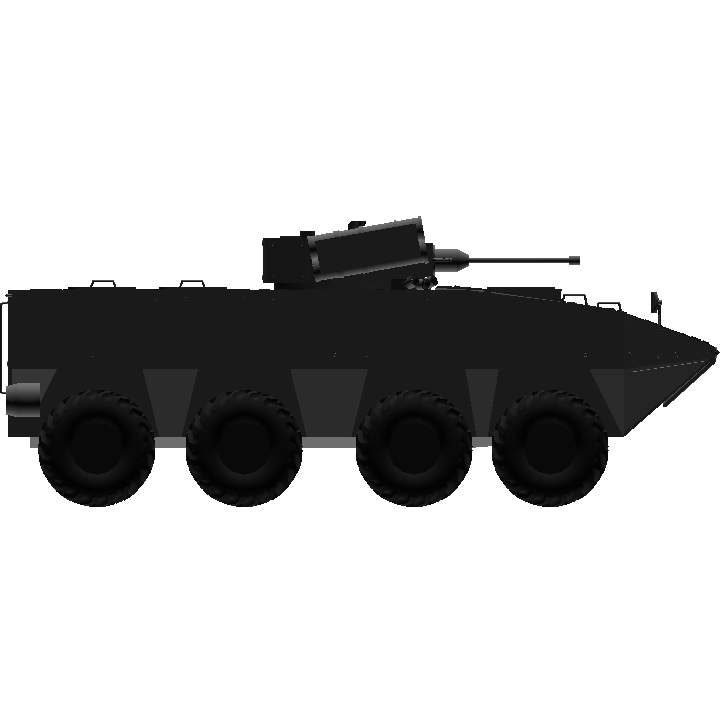 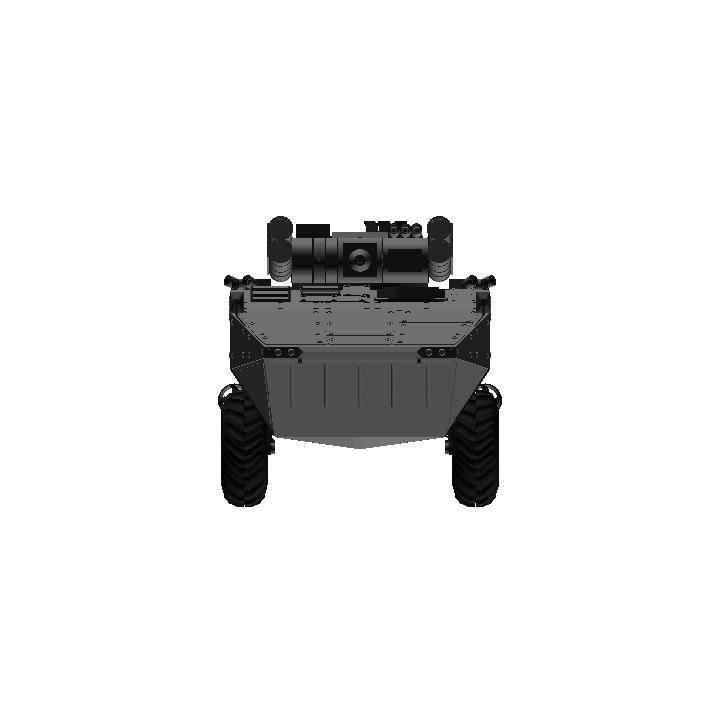