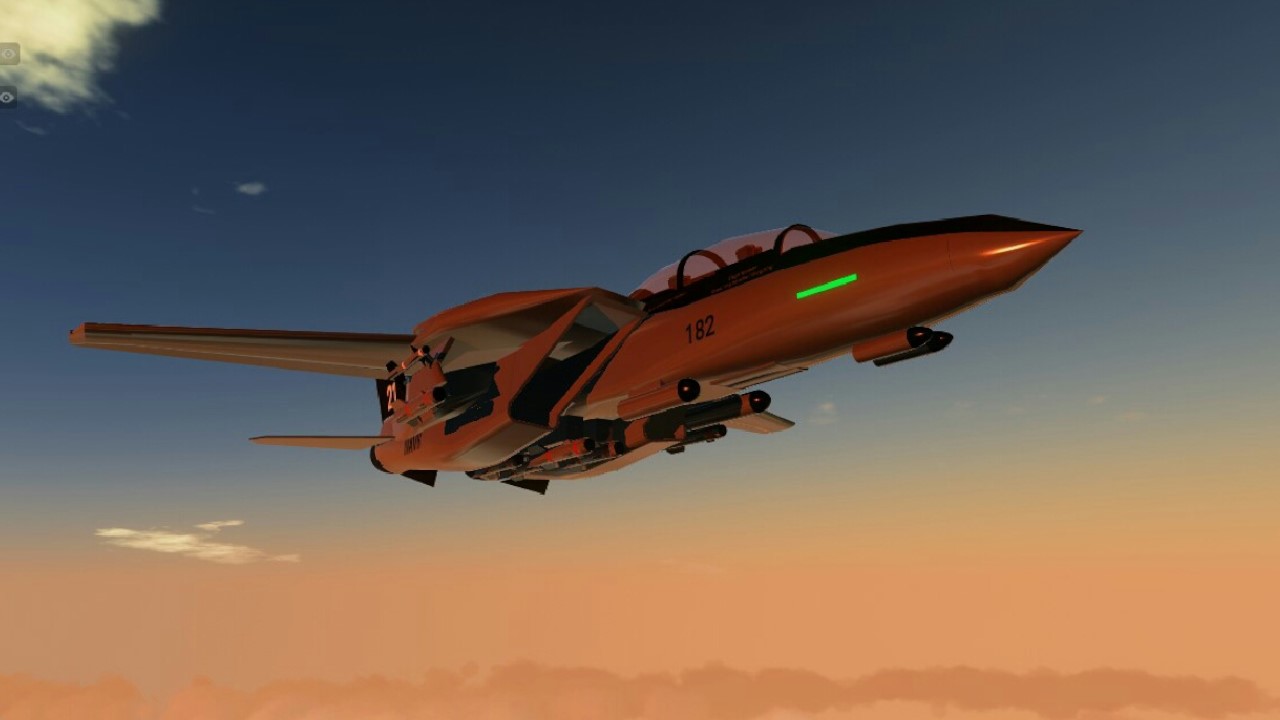 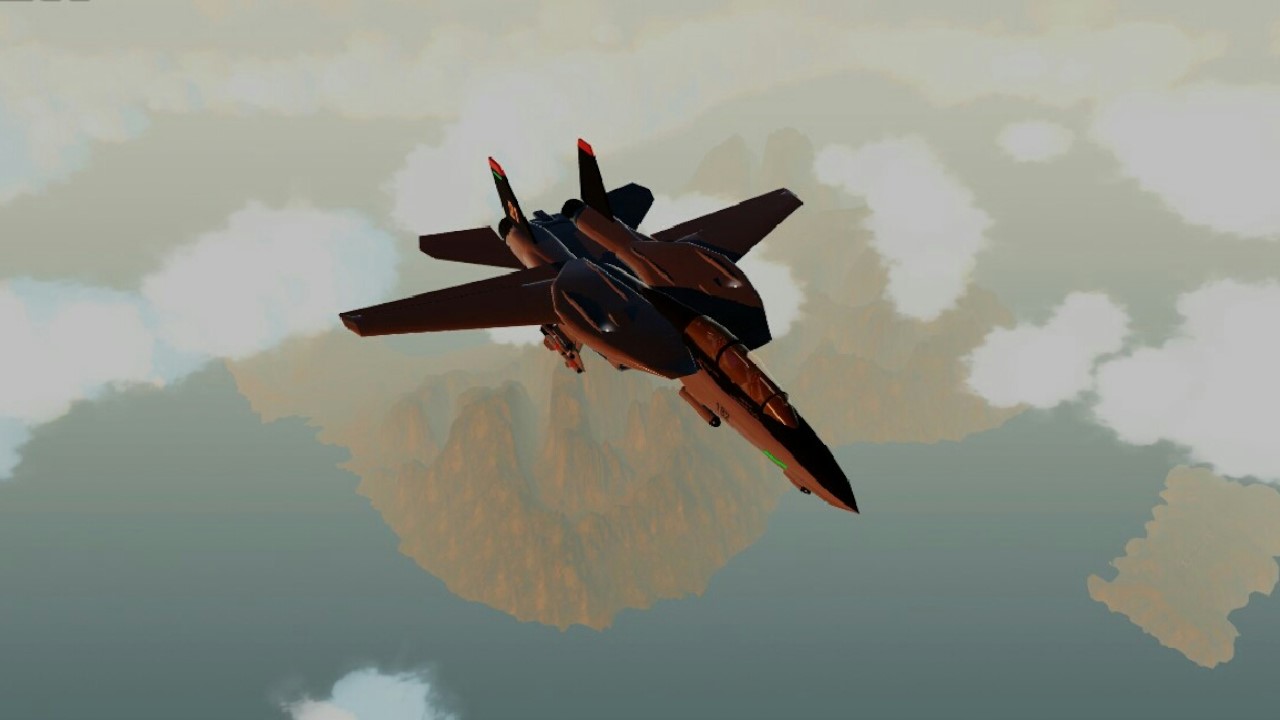 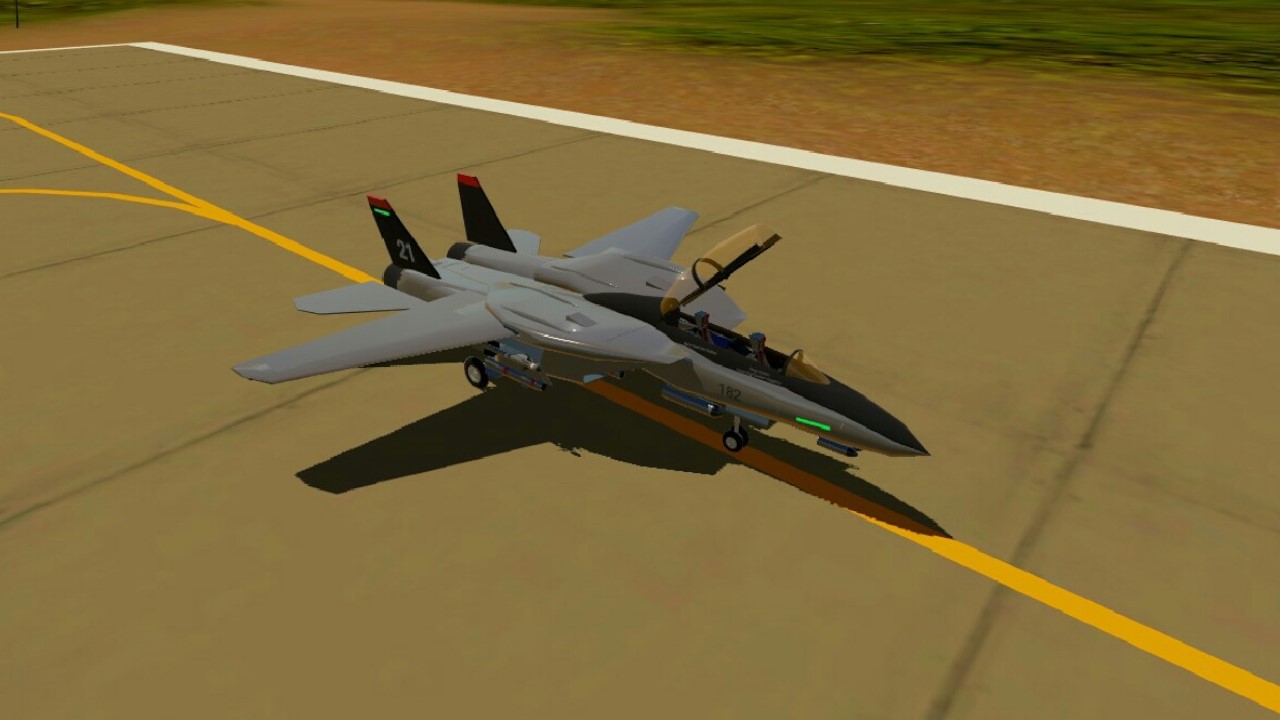 I Reuploaded this because it had no VTOL flaps lever and no hud. No need to upvote i just want people to redownload cuz there was so much bugs

a little backstory on the Super Tomcat 21 from my earlier piece. Some of the details and timelines have been debated, but generally, this is the idea of where the ST21 came from:

In our reality, the F/A-18E/F Super Hornet became the Navy's vanguard fighter of the 21st century as a result of the boondoggle that was the A-12 Avenger program. After massive cost overruns, weight increases and huge delays, then Defense Secretary Dick Cheney axed the stealthy carrier-borne flying wing attack jet leaving a huge hole in NAVAIR's future inventory.
This was back in 1991, the Cold War had just ended and we just got done kicking the ass of one of the world's largest standing armies. Congress had been talked into high-risk, hugely aggressive defense programs for decades and they had had enough. The "peace dividend" sentiment was on the rise and defense budgets were beginning to fall.

With the A-6E TRAM Intruder's retirement imminent and in the vacuum created by the canceled A-12 program, manufactures starting throwing out "logical growth" designs based on existing platforms [some were even rehashed and updated concepts from years prior]. The hope was that if aircraft manufacturers make an almost entirely new aircraft look like an existing type, while also giving them a familiar "evolutionary" designation, Congress would see the product as a low-risk, low-cost upgrade of a proven platform and thus move forward with its procurement.

At the same time the NATF program (the Navy's equivalent to the USAF's Advanced Tactical Fighter program) was in the works, but the costs and timeline for its development would have been massive, and in light of what happened to the stealthy A-12 "Flying Dorito," it was clear that something simpler was needed. In the end, this "low-risk" and familiar design concept worked via the eventual development and procurement of the F/A-18E/F Super Hornet. Yet in some people's opinion, it worked for the wrong aircraft.

The Super Tomcat 21 grew out of a previous proposal made by Grumman after the collapse of the A-12 program called Quick Strike [one of my sources says it actually came before Quick Strike, but was rehashed later]. Quick Strike was meant to be an upgrade for existing F-14s by giving them high-end navigation and targeting pods similar to the USAF's LANTIRN system, along with upgraded ground attack modes for F-14D's APG-71 Radar (based on the aircraft's original AWG-9 radar) and the ability to carry more standoff weaponry like the AGM-84E SLAM and AGM-88 HARM.

Quick Strike was aimed more at cheaply picking up the Intruder's slack than at replacing the A-12's high-end capability, and was seen at the time as an insufficient technological leap over the F-14B and D models already in service. Also, rumors that an inexpensive clean sheet next-generation Hornet design was in the works over at McDonnell Douglas did not help Quick Strike's attractiveness. So, Grumman came back to the Navy with a true "Super Tomcat," called the Super Tomcat 21 [ST21].

As noted above, this also occurred around the same time that it was becoming clear that the NATF wasn't going to happen. So, whereas Quick Strike could help replace the gap left by the Intruder, the ST21 could plug that hole and the one left by the NATF, performing its same proposed mission, albeit without the advantage of stealth and a number of other cutting-edge, high-risk technologies. 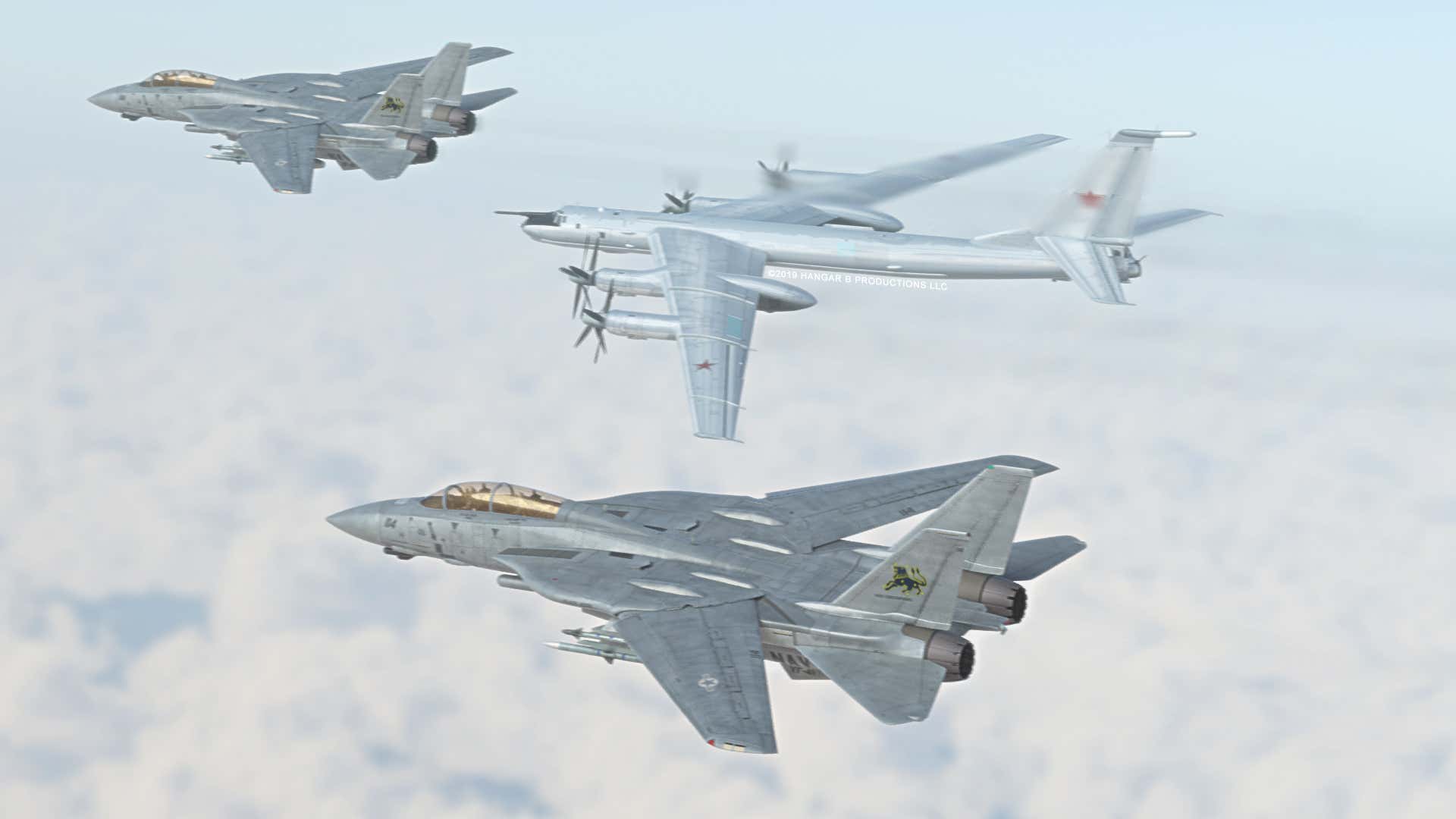 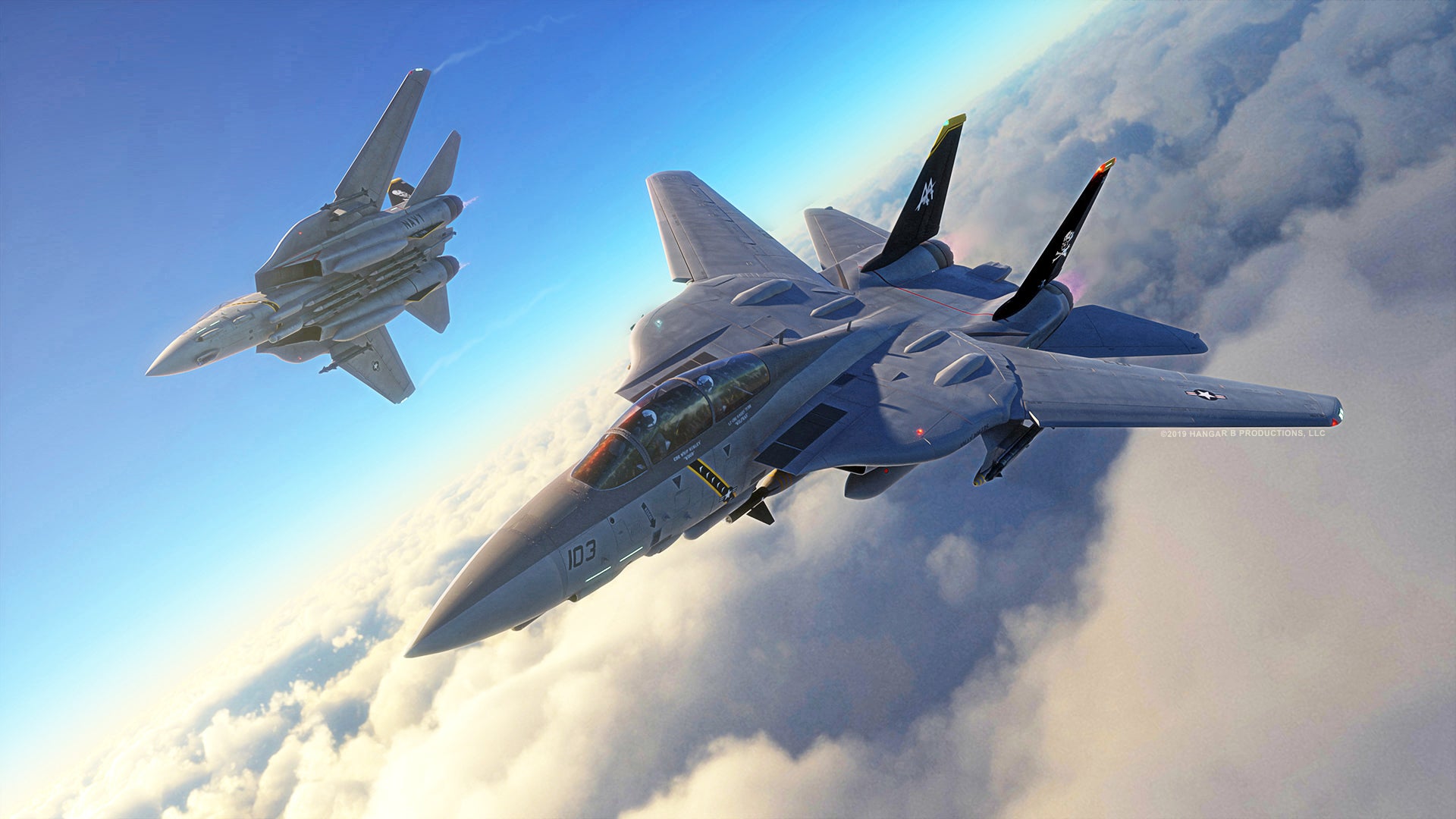 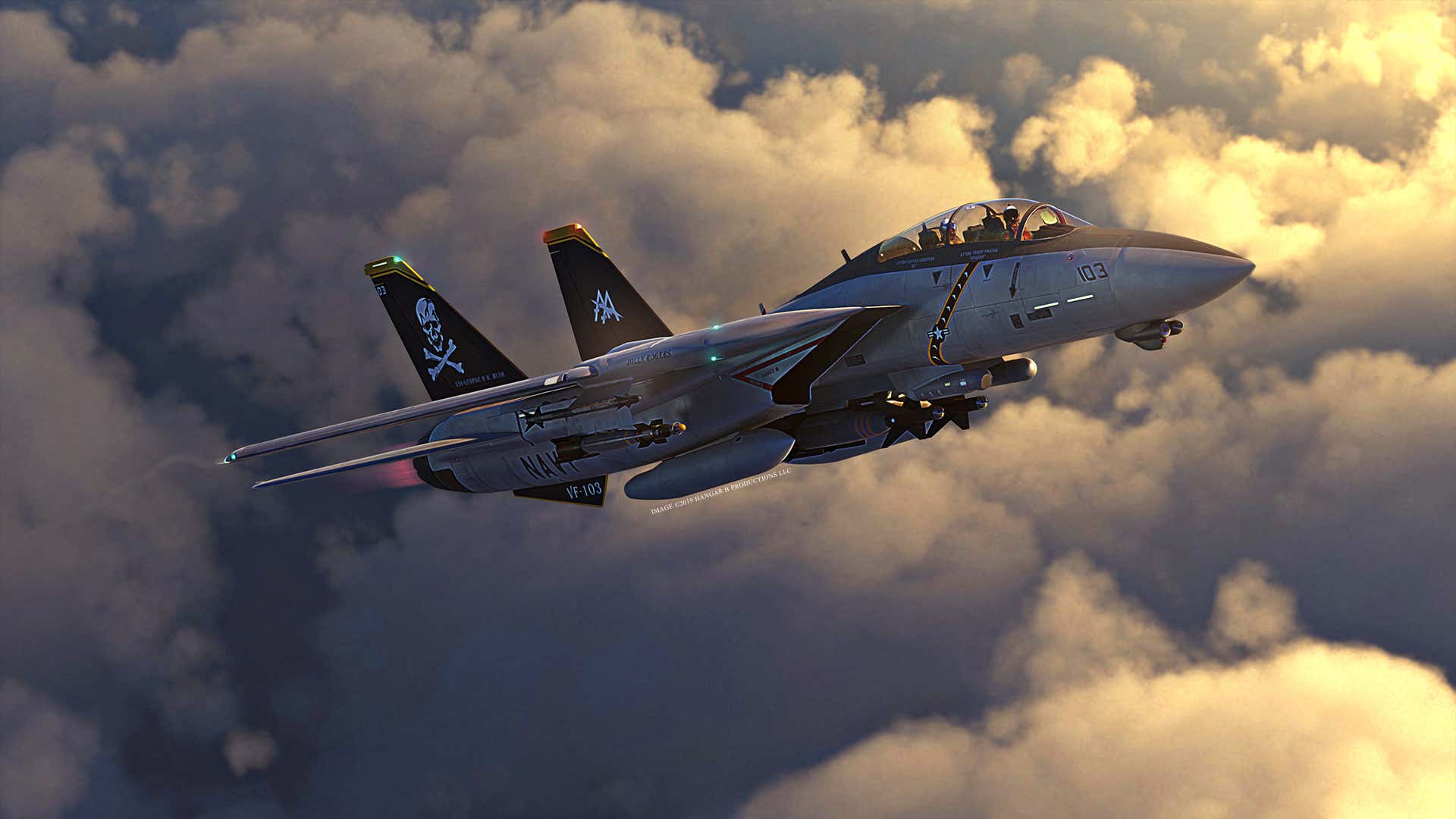 Sidenote:Dont go full afterburner in the catapult. Just throttle up in 30%

No need to upvote 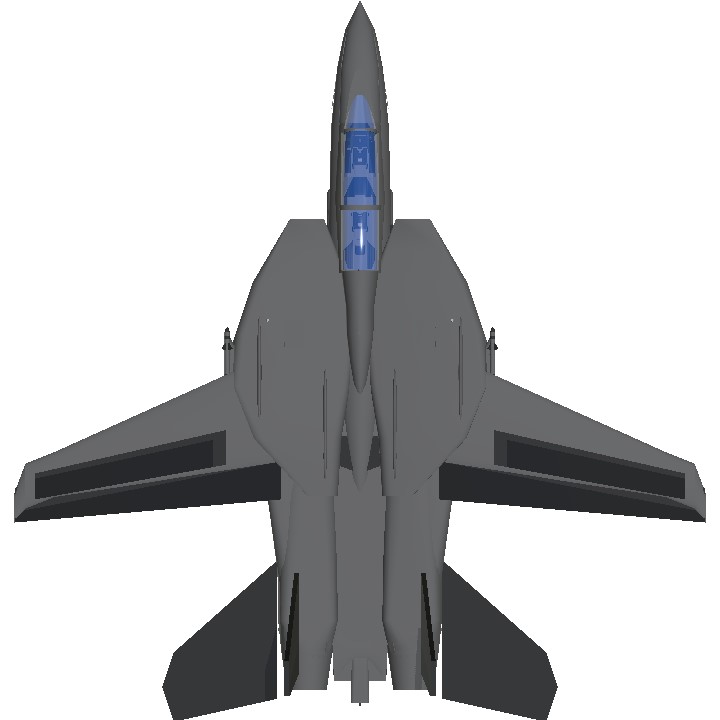 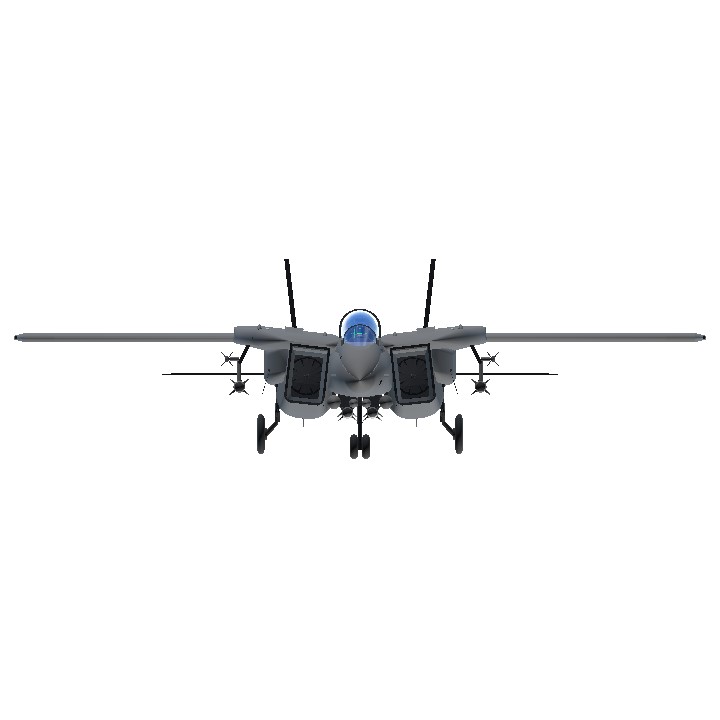