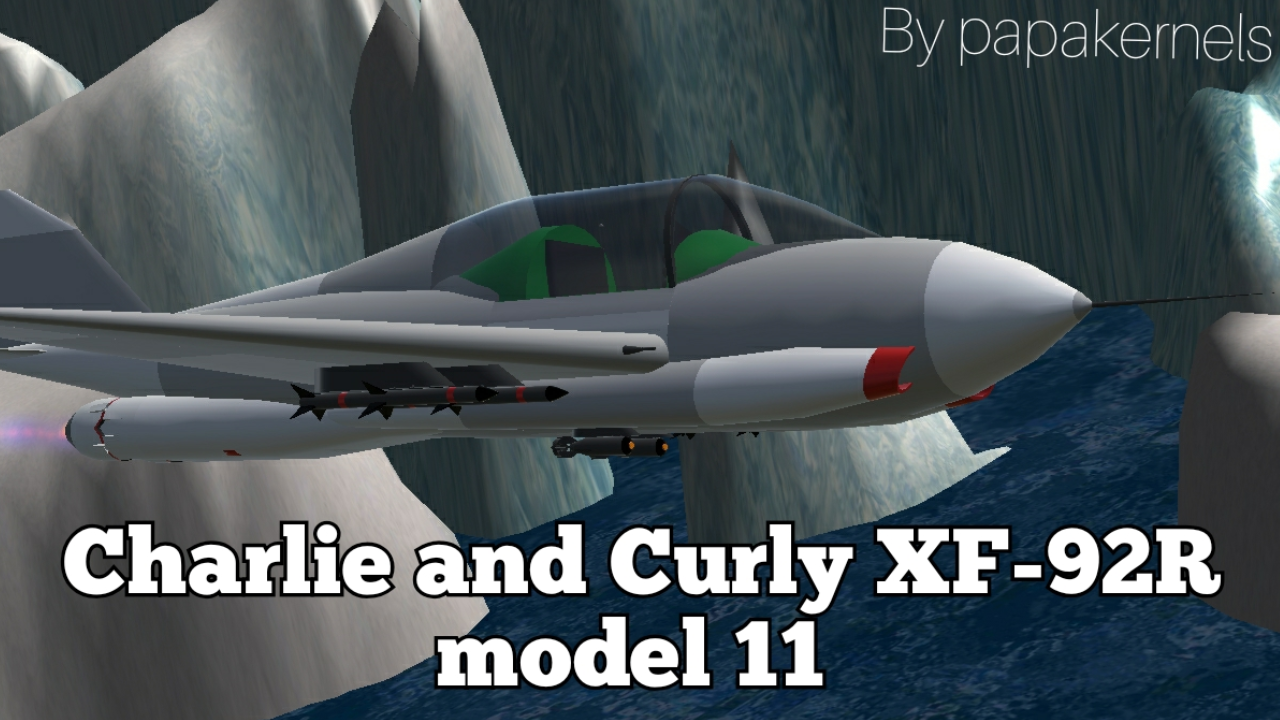 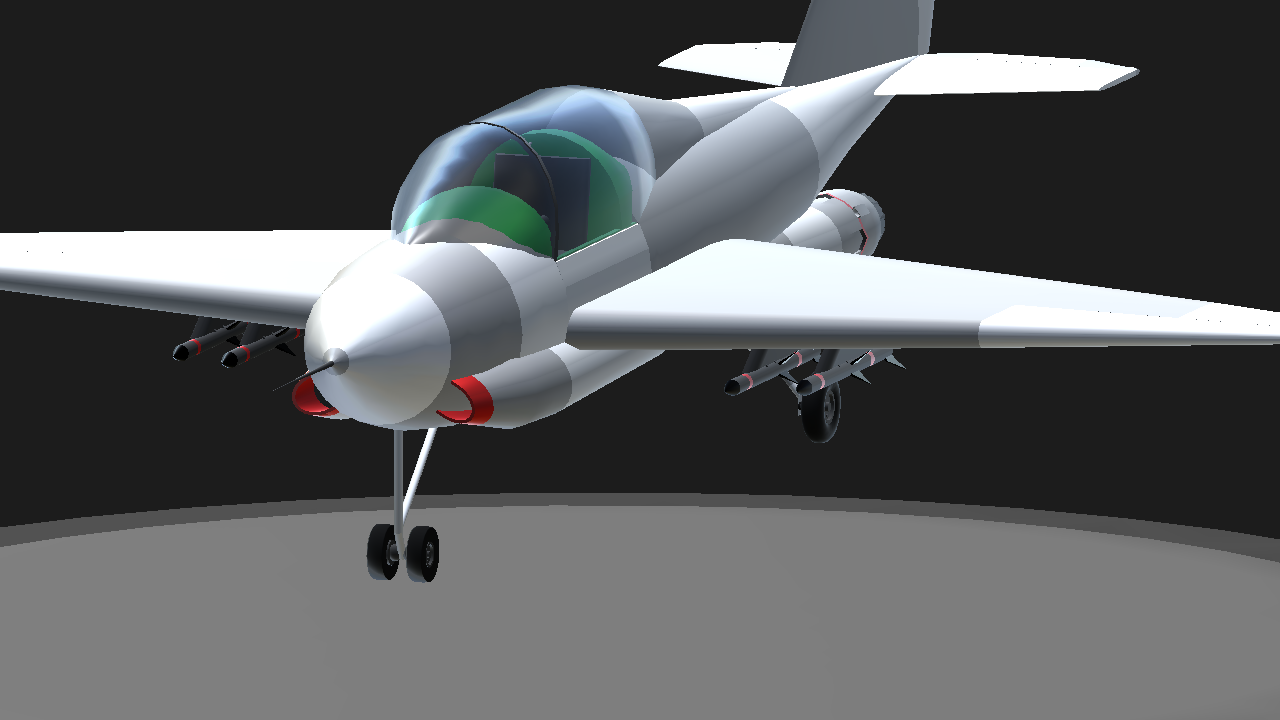 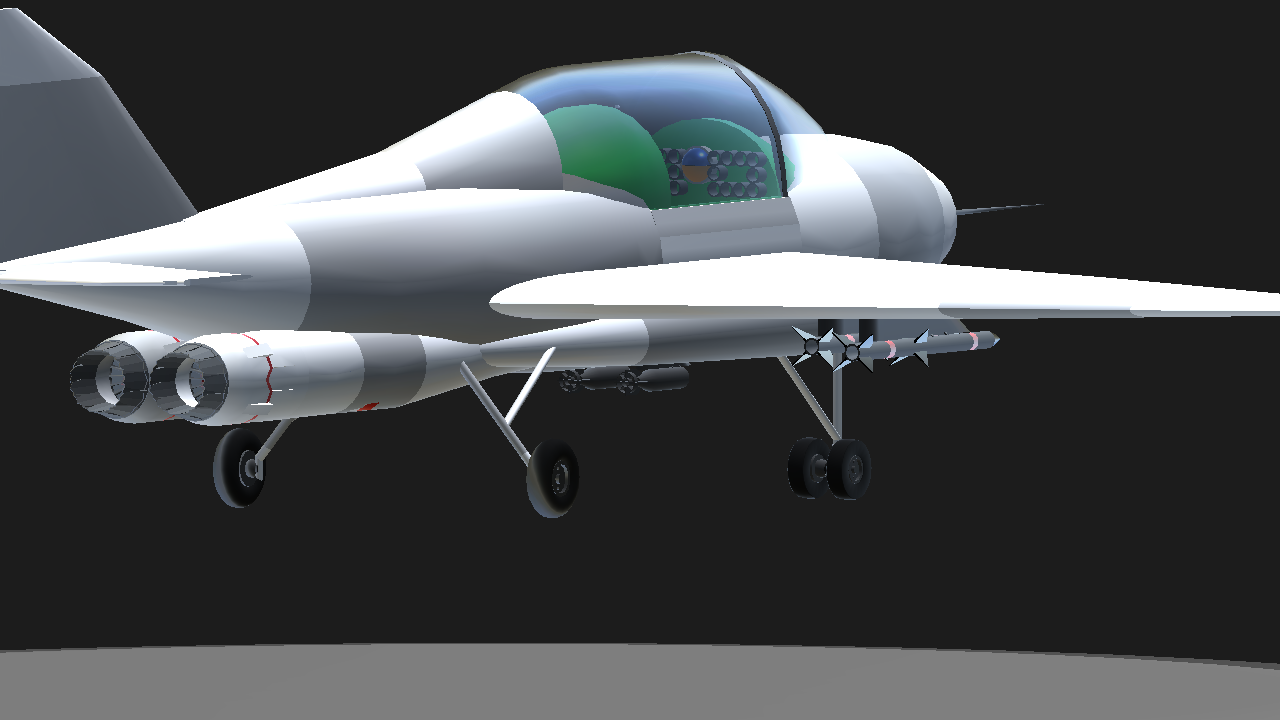 The all new interceptor has officially been unvailed!

Today at 11AM the CRAF (Checkered Republic Airforce) has unvailed it's all new interceptor, the Charlie and Curly Xf-92R Model 11 fighter, in the General R Daniel's airforce base in the northern province. The vibrant white camo was the first I saw, then the size of the aircraft was next. Coming it at 59 feet long, around 51 wide, and 15 tall, it loomed over our dear president who was excited to see his newest investment publicly revealed. In total he plans on ordering a total of 5,000 to use in their Forward Operating Bases and on the homefront.
The model shown was the preliminary prototype, but the armament it could hold was astounding. 4 large long range missiles, 2 350lbs bombs, and a 25mm cannon were what was shown, but the designers at Charlie and Curly promise that upto 1000lbs can be put on the wings, and equally on each mount under the cockpit.
The day was blessed with the surprise of the revolutionary ace pilot Charlie Samson, who was the main test pilot and designer for the plane. He demonstrated the speed and abilities of the aircraft by put her up in the air. The aircraft getting up in the air was so effortless, with the afterburners on and flaps full the plane bearly got 400ft before she when up in the air. Samson continued with low level flybys and aerobatics for a solid 20 minutes before he set her back carefully on the ground. The landing wasn't the best but it landed safely. The plane is to be known as the C&C F92 Shepherd of Fire when it is pushed to the front lines.
Written by: Arnold Gerwin

Yes it's over now, the plane as you can see is quite good looking, even if it's a very odd design, it works well for what it is supposed to do. Landings can be tricky because the suspension is a bit soft but if you stall it out ( around 130mph) then you can easily get it on the ground. The low speed maneuverability is pretty bad, but yaw makes it a bit better. With dry engines top speed is around 650-700mph at sea level but with afterburners it improves to around 1000mph at sea level. 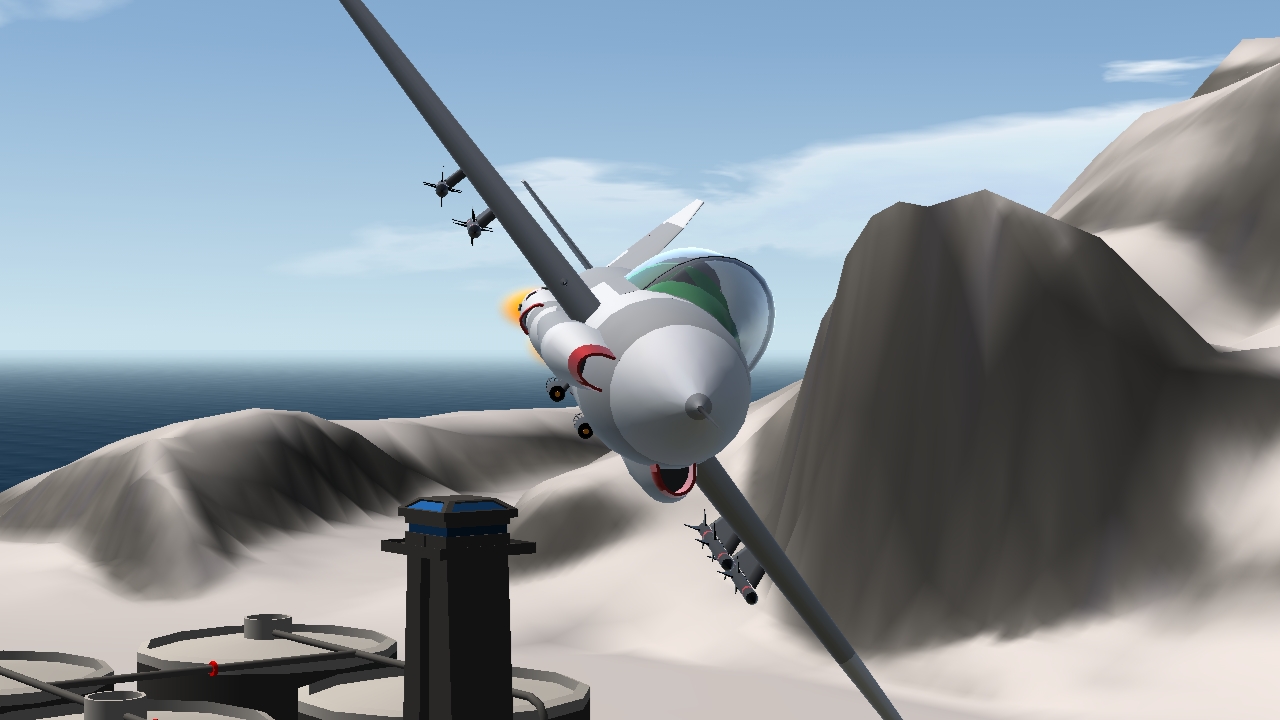 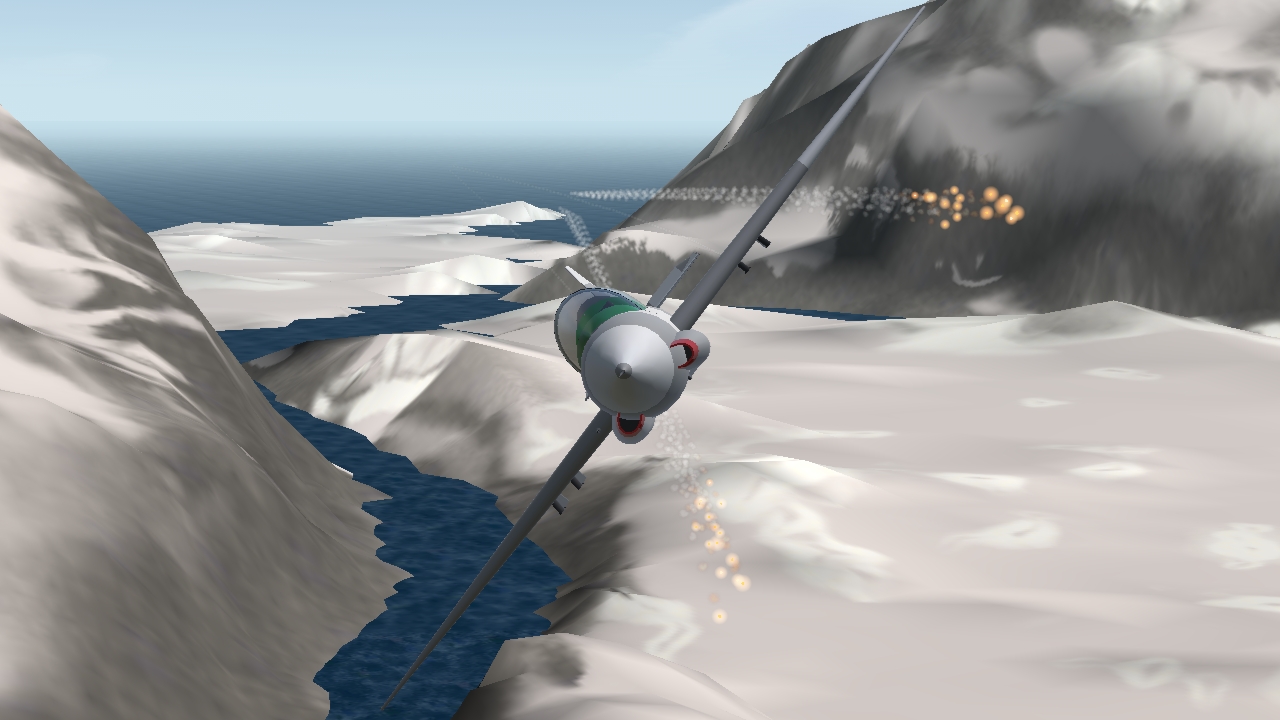 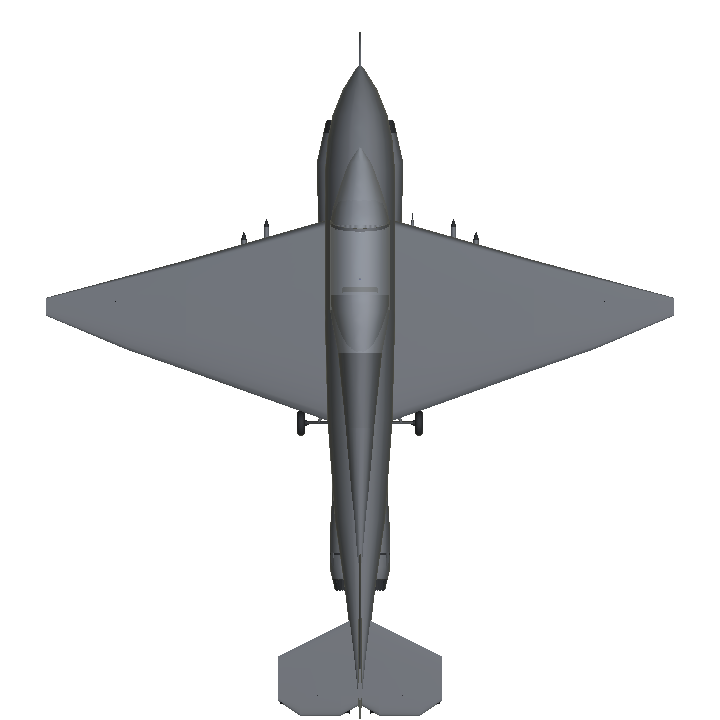 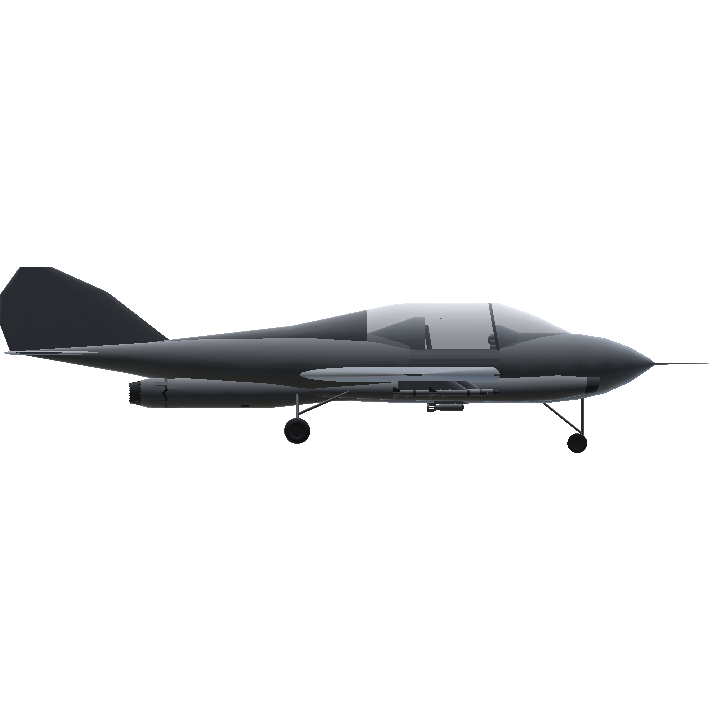 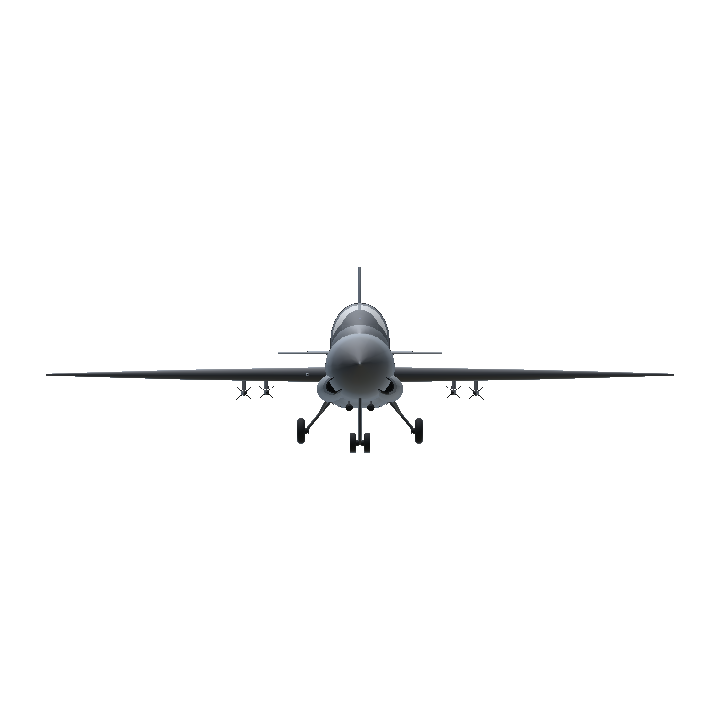