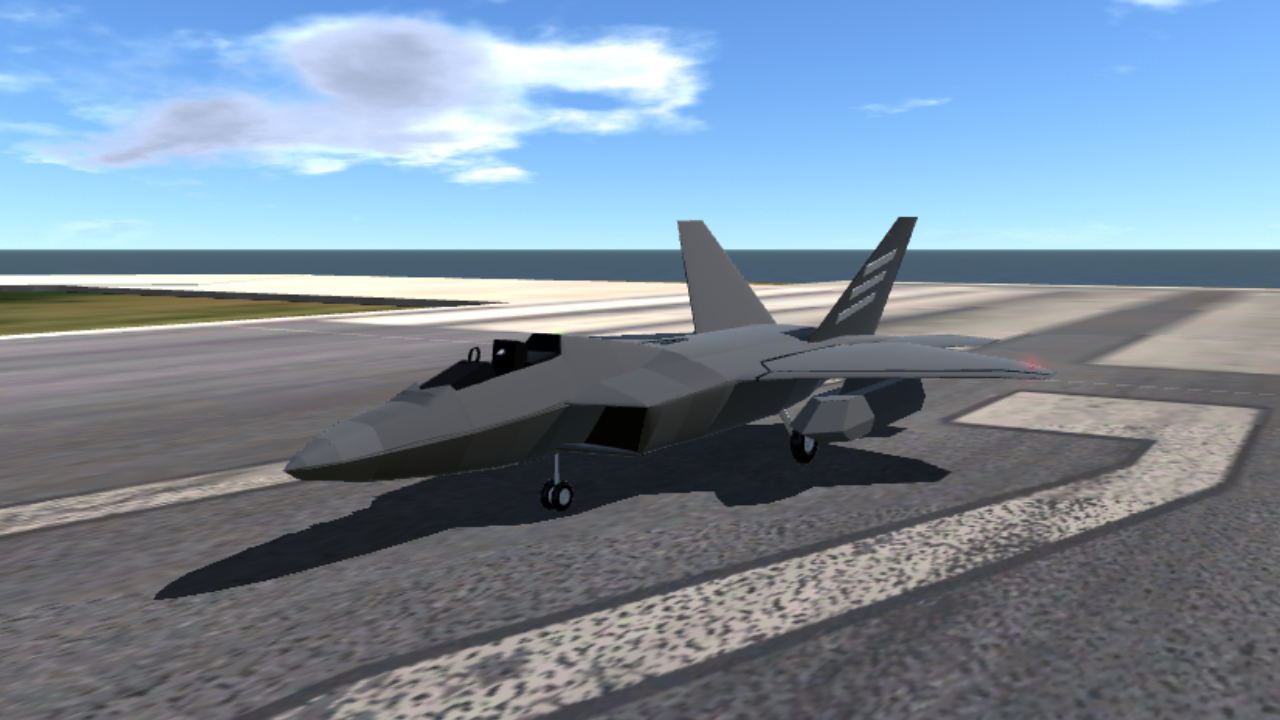 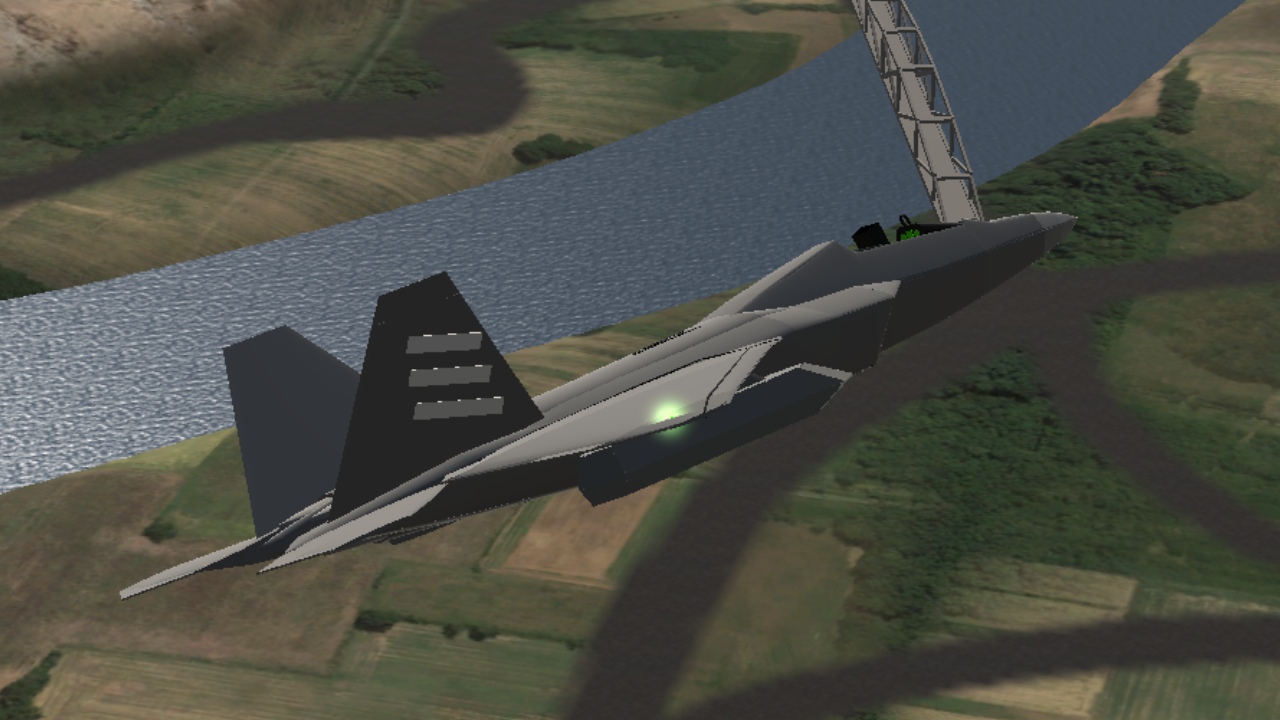 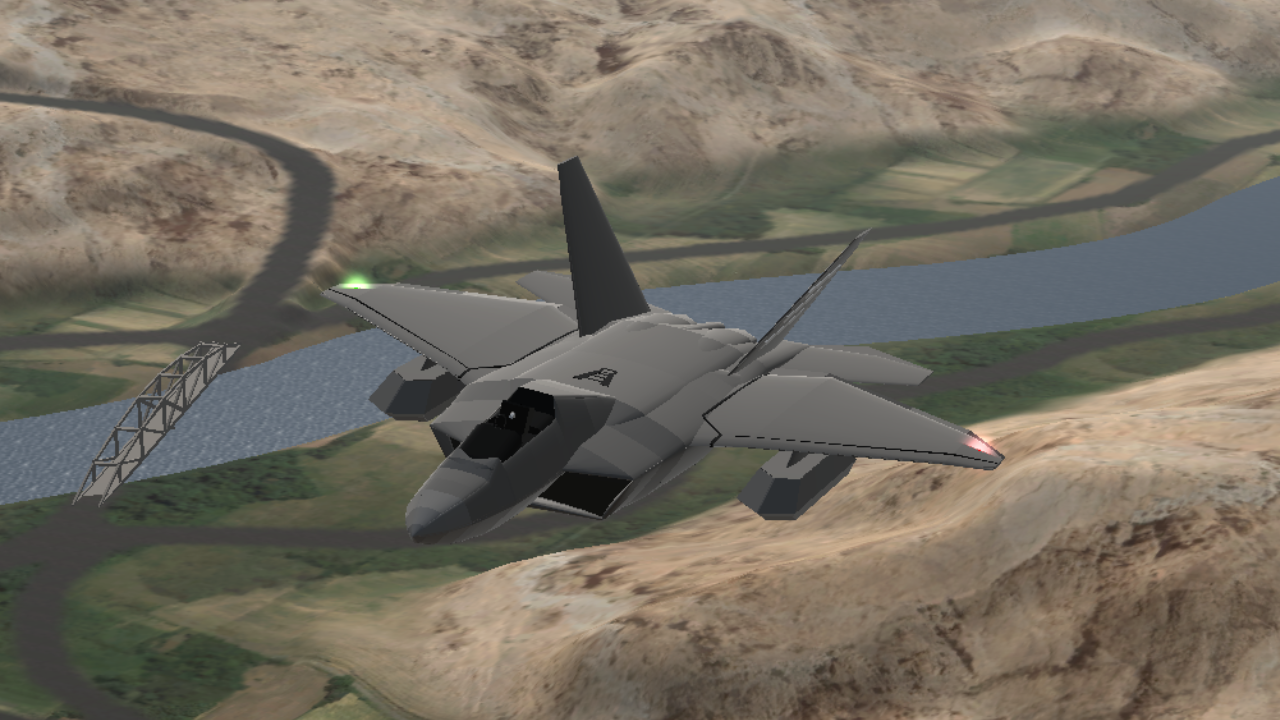 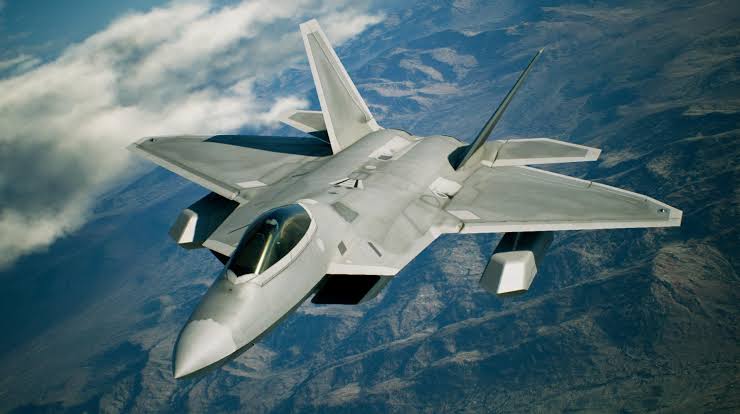 Strangereal
In the Strangereal universe, the F-22A saw much earlier development than in our real world, having entered service by the mid- to late-20th century.[1] It was slowly adopted as a valuable aircraft for high-ranking pilots, seeing limited combat as early as the Belkan War in 1995[2] and the Usean coup d'état in 1998.[3]

By the start of the 21st century, the F-22A was produced in larger quantities around the world for many air forces. The ISAF Air Force provided an F-22A for the famed ace, Mobius 1, towards the end of the Continental War. The ISAF later procured three more F-22As for use in the Mobius Squadron during Operation Judgement Day.[4] The Federal Erusea Air Force also made use of the F-22A, albeit in fairly limited numbers, one notable Erusean F-22A pilot was an ace by the callsign of Abell, who was encountered over Ice Creek by Mobius 1 during Operation Aurora. [5]

The Osean Air Defense Force had numerous units of the aircraft which were deployed in force near the end of the Circum-Pacific War, including some stolen by warmongers during the Battle of Sudentor.[6]

During the 2014 Free Erusea uprising, Mobius 1 once again used the aircraft during Operation Gator Panic[7] and Operation Sentry's Brunt, where he engaged and shot down the Ghost Squadron over the Waiapolo Mountains.[8]

During the Emmeria-Estovakia War, the Estovakian Air Force made use of the F-22A as an advanced air superiority fighter. An Estovakian F-22A ace Lucijan Markovic, callsign "Pegas", was renowned for his actions at the start of the Estovakian Civil War, even outshining both the Strigon and Vampire Teams,[9] however, despite his skill, he was later shot down during the Invasion of Gracemeria by Talisman.[10] In the latter stages of the war, Estovakia deployed large numbers of F-22As and Su-47 Berkuts during the battle of the Moloch Desert,[11] defense of Gracemeria,[12] cruise missile attack on Gracemeria,[13] and defense of the Chandelier.[14]

During the Lighthouse War of 2019, both the Osean Air Defense Force and the Erusean Air Force operated the Raptor as an advanced fighter. The Raptor was more commonly seen in action in the later stages of the war, many of the fighters on both sides in Operation Daredevil were F-22A Raptors.[15] Notable pilots include Erusean ace Cyril Noiret, callsign "Tempest", who defended the International Space Elevator from a coalition of Osean and Erusean forces, and Trigger, who used the F-22A when he shot down both ADF-11F Ravens.[16]

By the 2030s, the F-22A's appeal was slowly declining; ECM technology was rapidly advancing and anti-stealth radar networks were being developed at a similar pace, countering the F-22A's main advantages of radar-guided missiles and stealth. Its airframe, however, remains iconic partly due to its high speed and excellent maneuverability, leading General Resource Limited to manufacture the Connection for Flight Interface-equipped F-22C Raptor II.[1]

Real world
The F-22A was developed by the United States in the 1980s to replace the F-15C Eagle in response to the Soviet Union's developments in aviation. The aircraft was conceived from the YF-22 Lightning II, the winner in the Advanced Tactical Fighter competition set out by the US government, over the YF-23 Black Widow II, which would not see further development. The F-22A was unveiled in April 19, 1997, and entered service with the United States Air Force in 2005.[20]

Joint Assault
During the attacks by the Golden Axe Plan, Antares Squadron acquired at least one F-22A for use by its members.[21] It is unknown if Antares One himself used an F-22A.[22]

Assault Horizon
By early 2015, the United States was testing a new artificial intelligence known as Righteous to replace F-22A pilots. Colonel William Bishop was involved in testing the AI.[23] Later that year, during the New Russian Federation uprising, Colonel Bishop and other USAF pilots in Task Force 108 would pilot their F-22s during the liberation of Moscow[24] as well as countering Andrei Markov's attack on the eastern U.S.[25]

Infinity
F-22As saw limited use during Operation Eternal Liberation on both sides of the conflict; Reaper of Bone Arrow Squadron was eventually provided a personal F-22A,[26] and the USEA Federation's Shadow Squadron utilizes multiple F-22A airframes.[27] 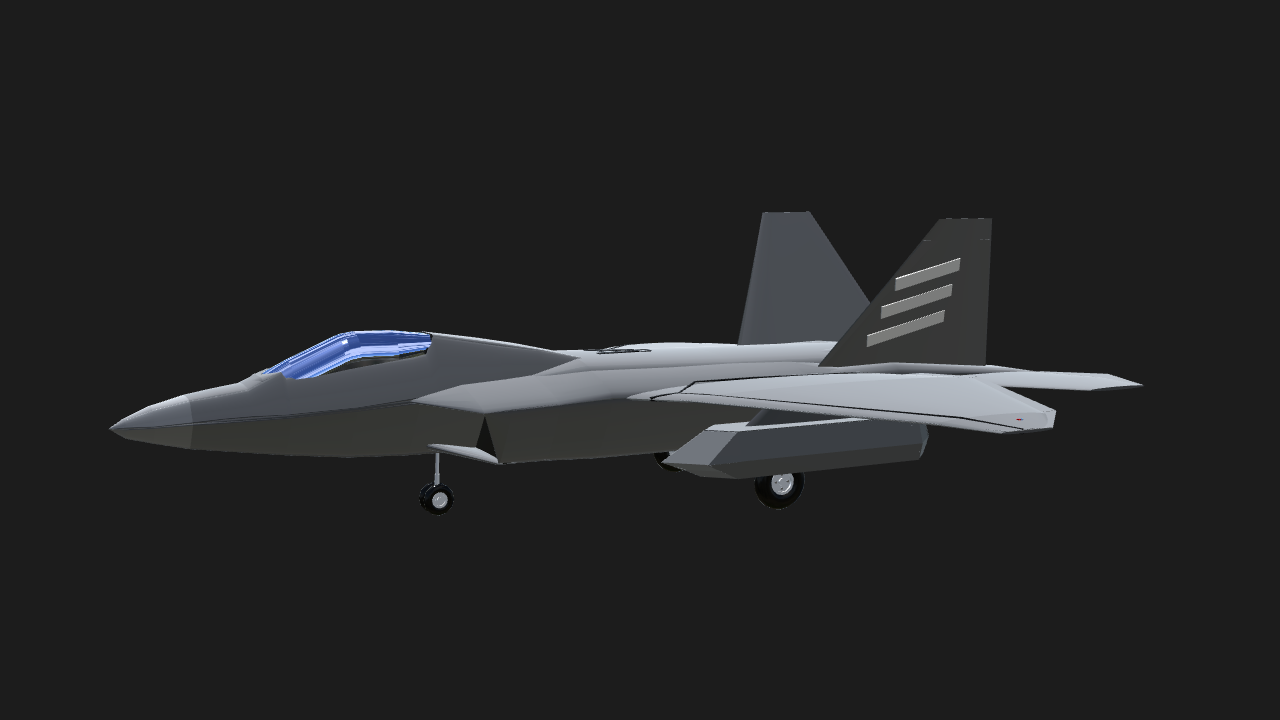 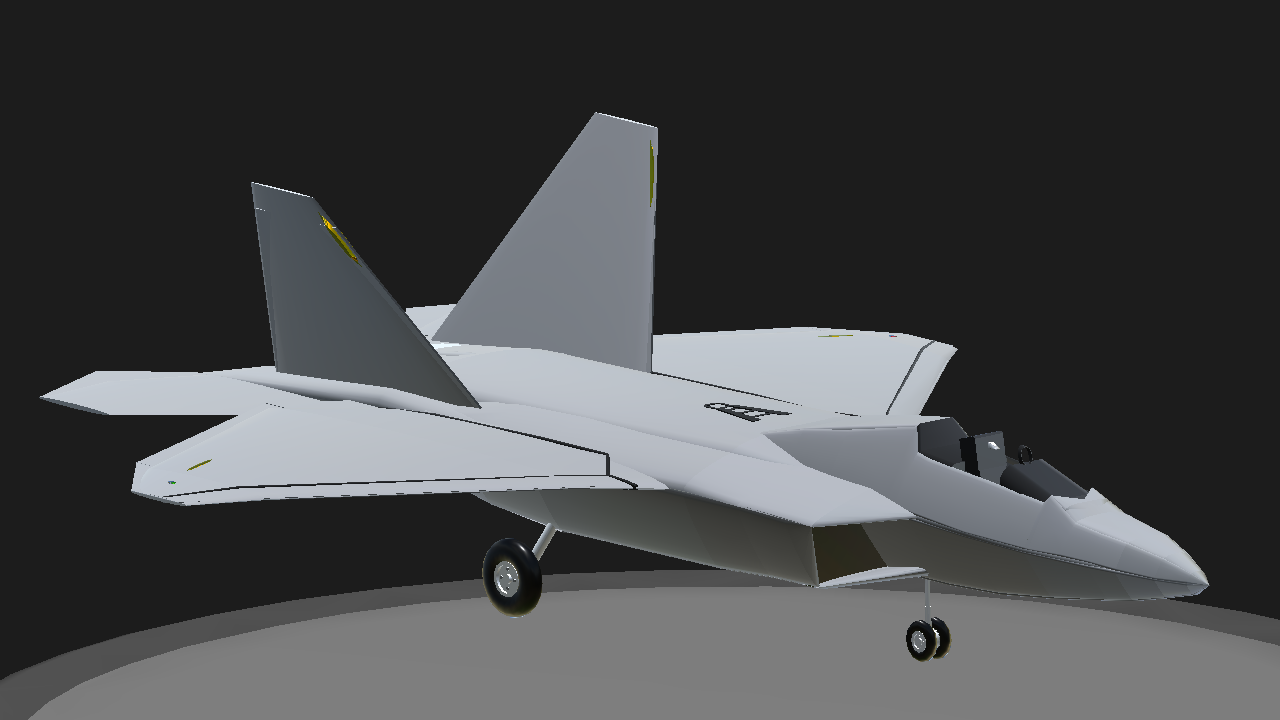 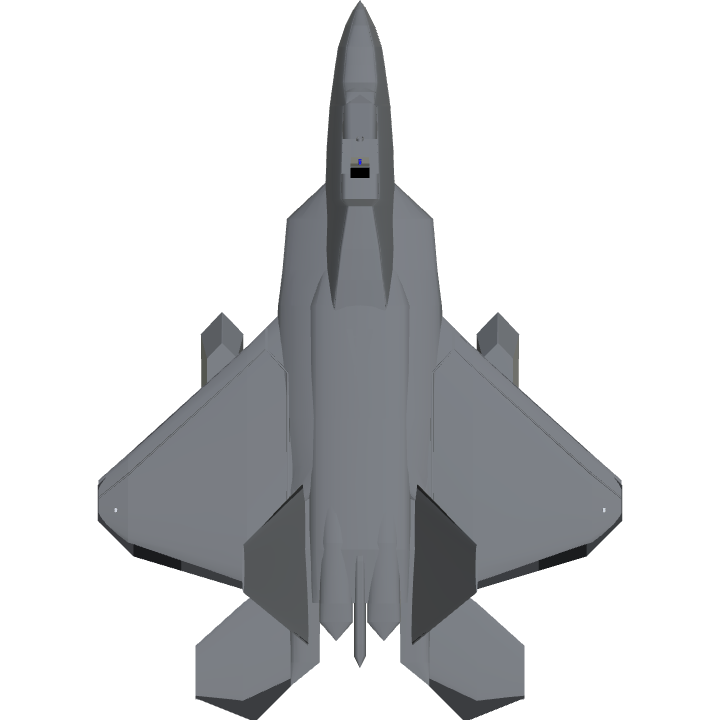 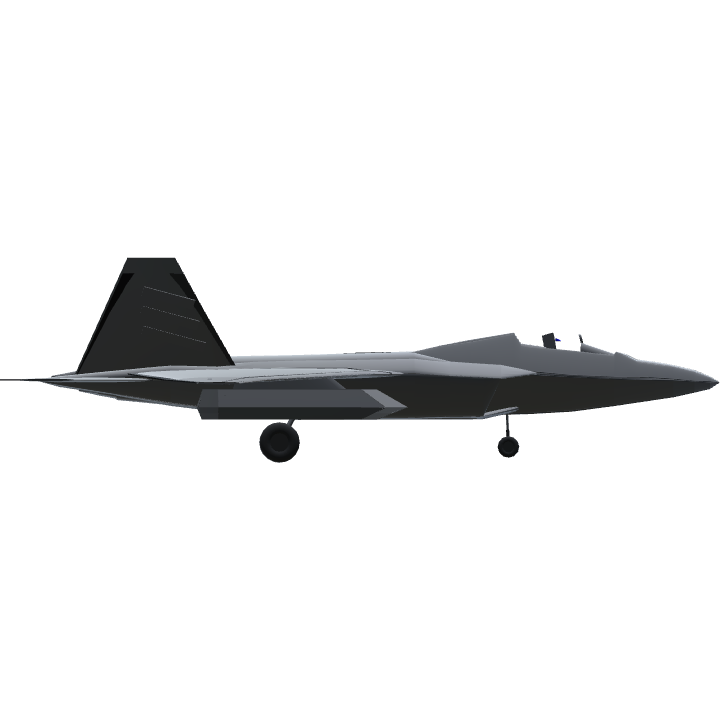 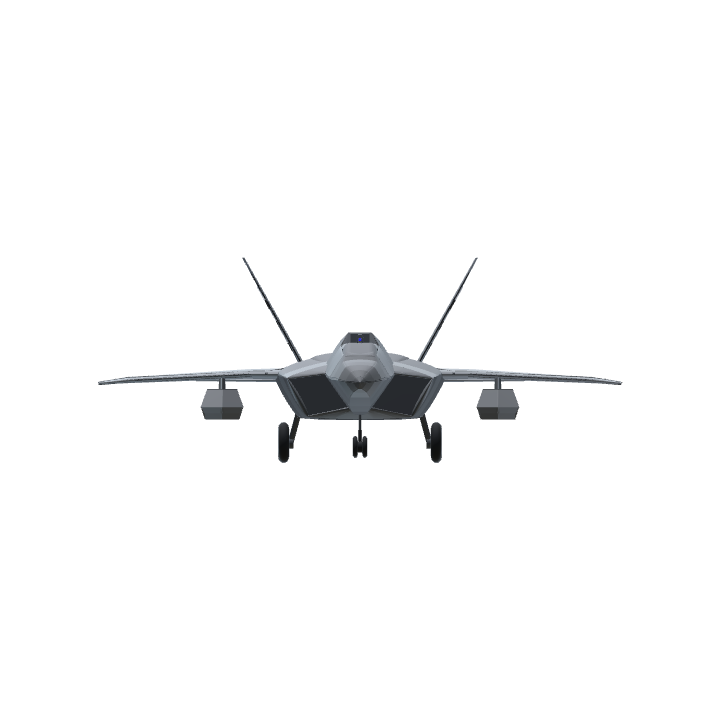