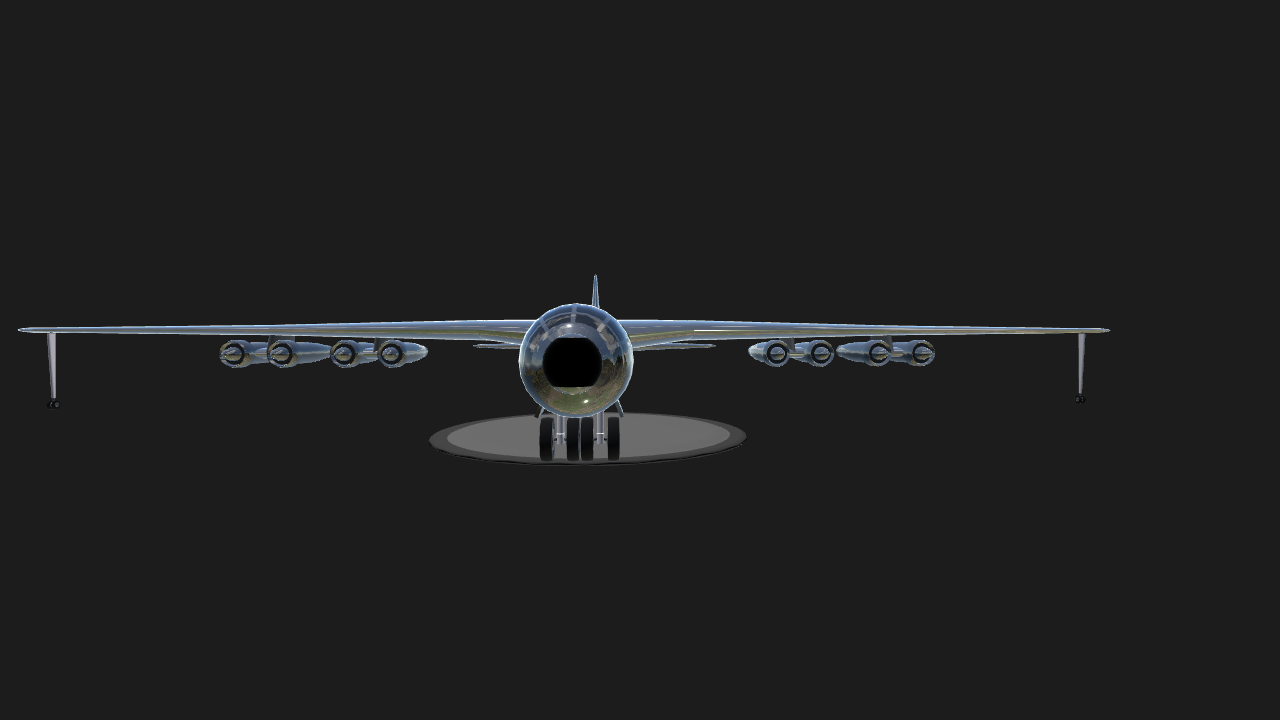 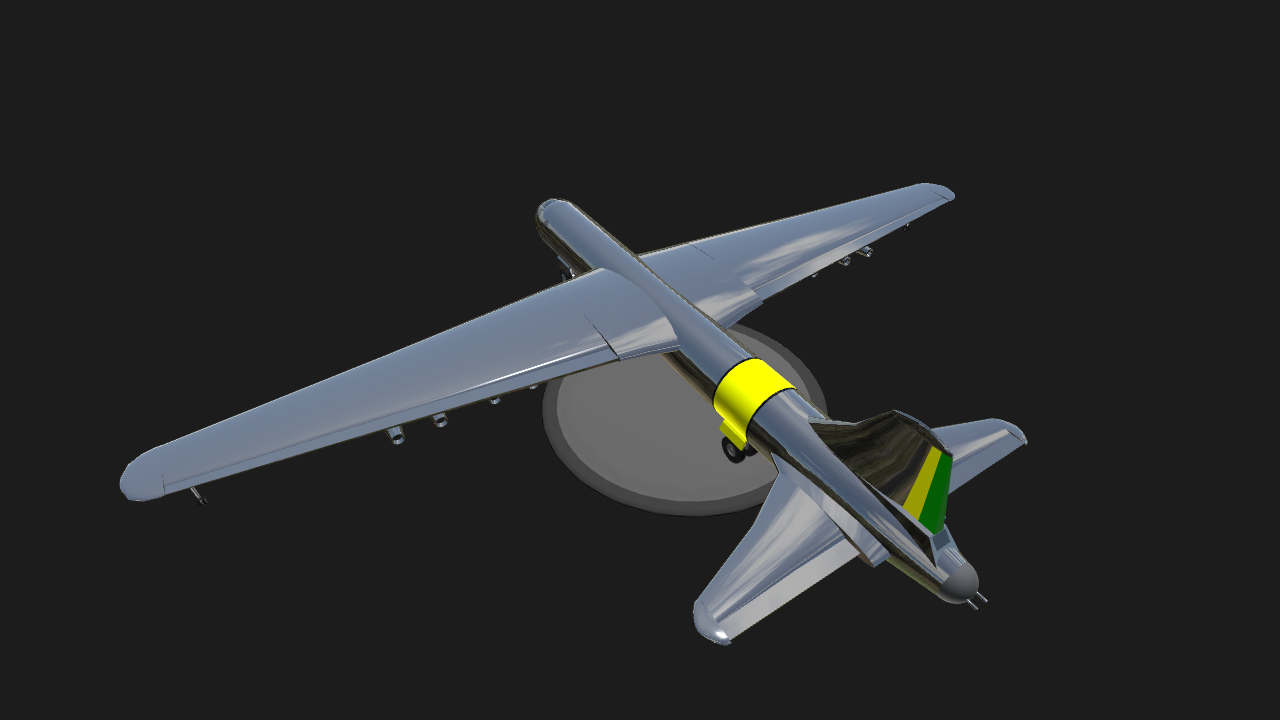 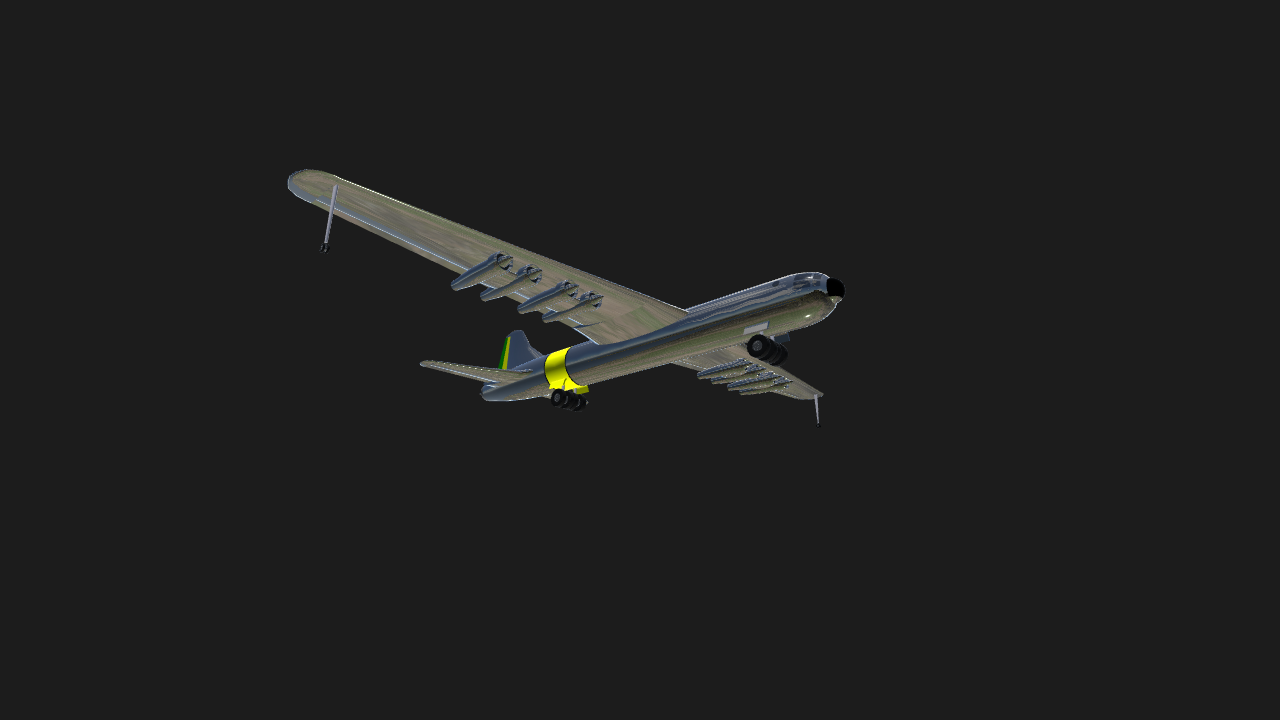 This is my first real airplane project so I hope you like it.

The version with bombs :) https://www.simpleplanes.com/a/KLV1Hw/BA-19-Macaw-With-Bombs

This plane is capable of taxiing.

The BA-19's origins date back to the post-war period. Faced with the almost complete absence of bombers, the Air Force began in late 1944 a program to develop a long-range strategic bomber.

In the face of pressure from the staff, the project started out as hell. In the beginning, the aircraft should have been much longer, with tilted wings and powered by jet engines. The development was so problematic that the aircraft went through almost every conceivable configuration, high wings, low wings, straight wings, negative curvature, sweep. Jet engines, piston engines, turboprop engines. Some sources say that those involved in the project went crazy and scratched all the walls of the development complex of the Wing-9 Air force base with projects.

The result was a Frankeinstein between a B-47 and a B29, the elevators and rudder still vaguely remember when the project should have piston engines and medium wings. The engines are another problem, they did not deliver the desired power and as a result the aircraft needs 8 of them to reach just over 500 kilometers per hour. Due to the position of the bomb compartment, it was necessary to adopt a quadricycle landing gear with two auxiliary wheels in an assembly that became known as "crutch".

The armament consists of a single remote bubble at the rear of the aircraft for defense and a large load capacity for various types of bombs or a conventional nuclear device. All 30 units were delivered in July 1948. 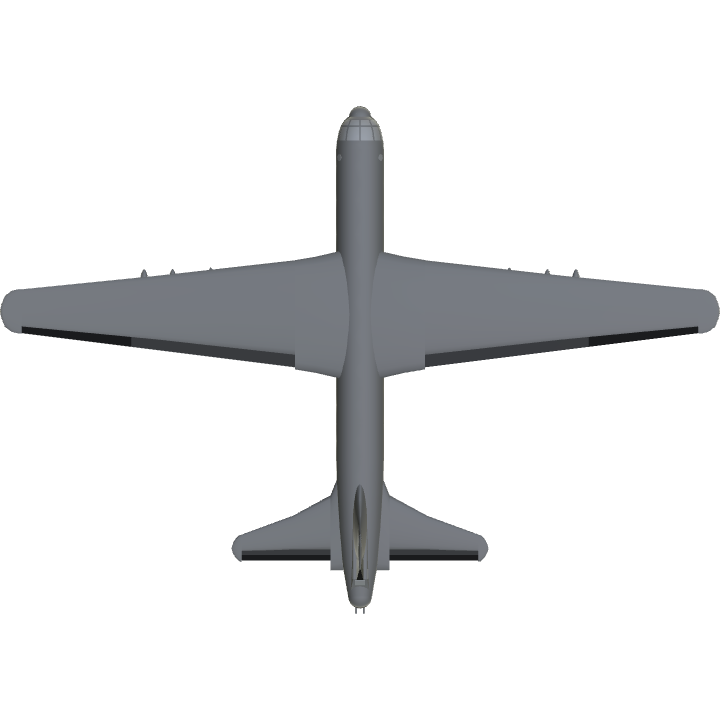 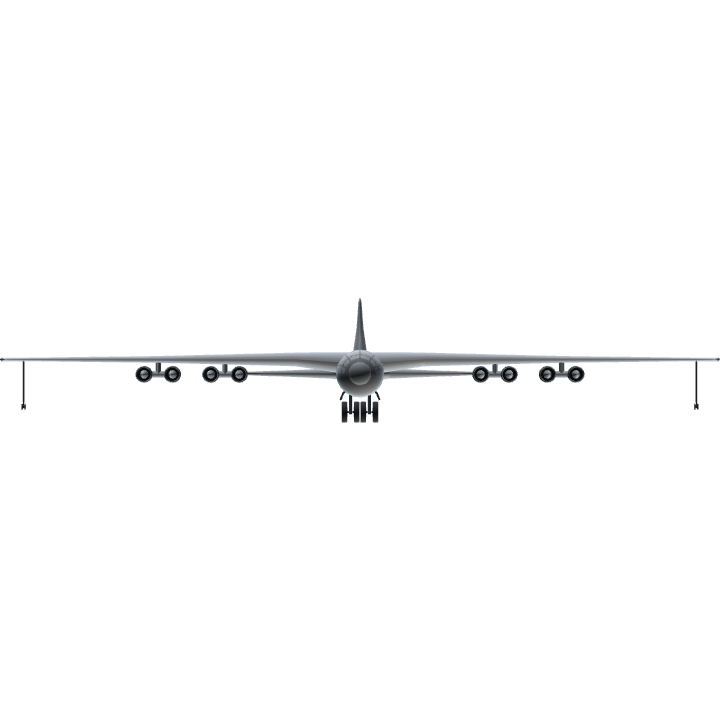