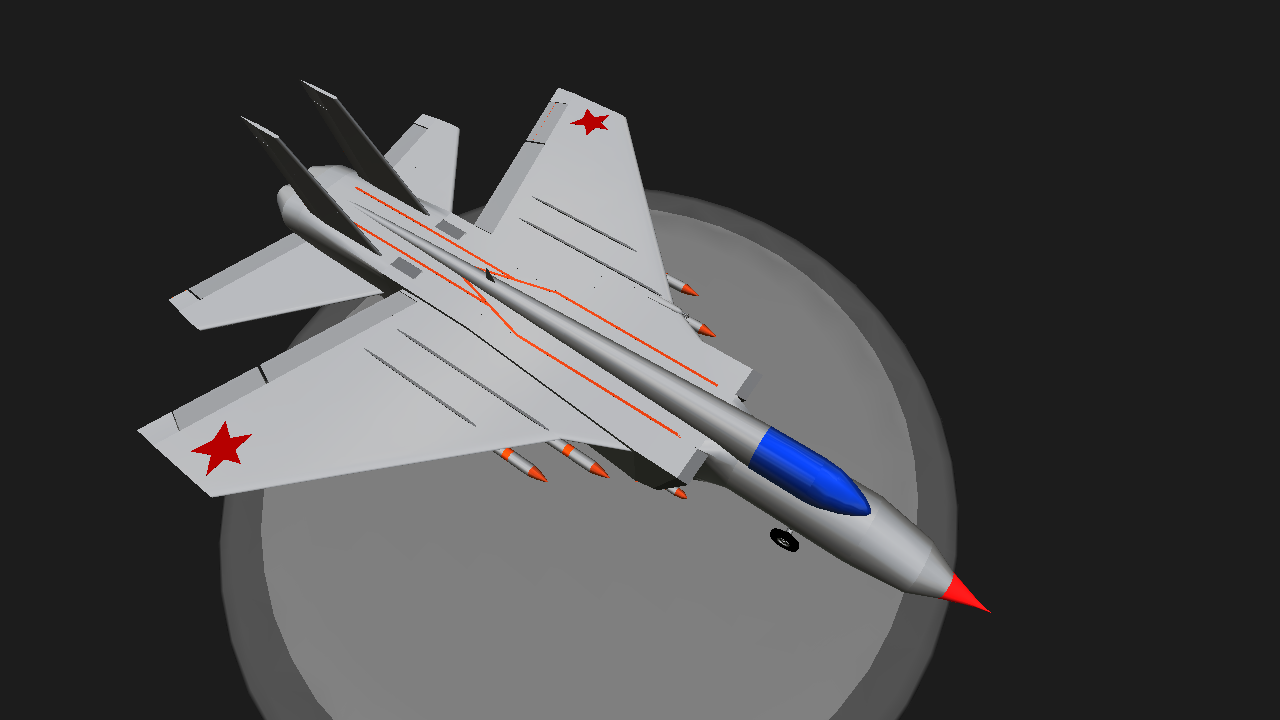 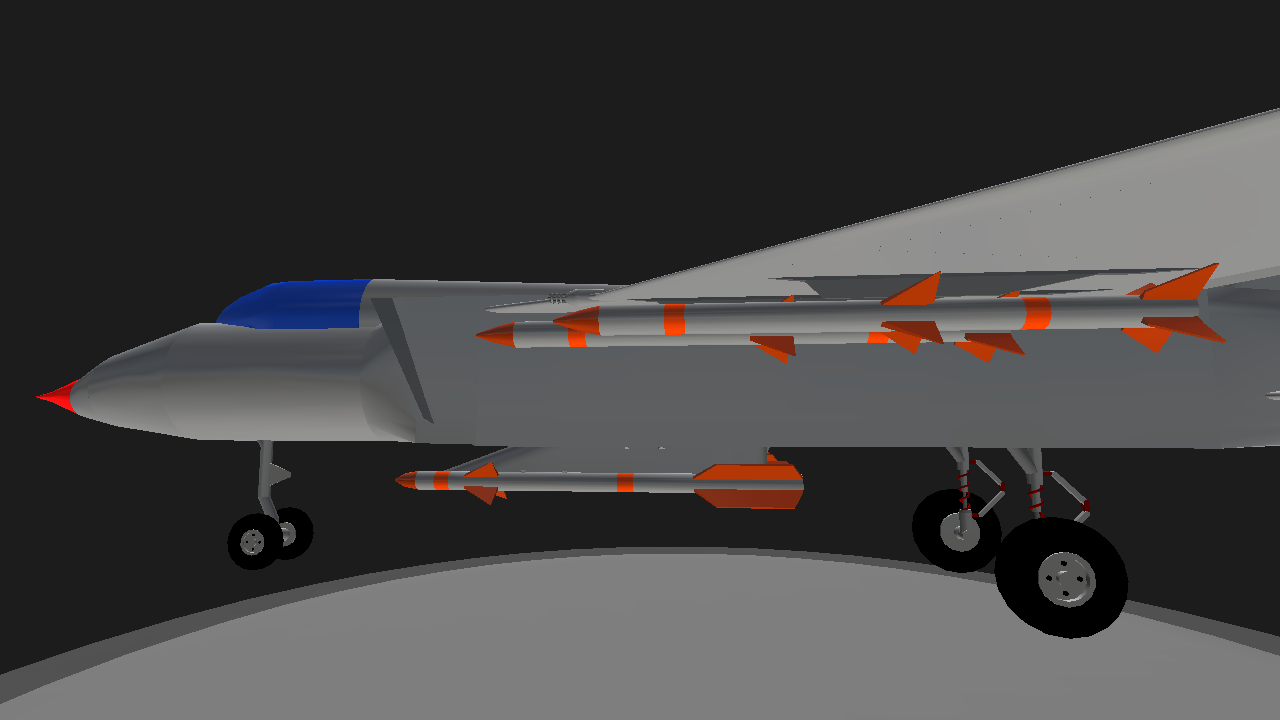 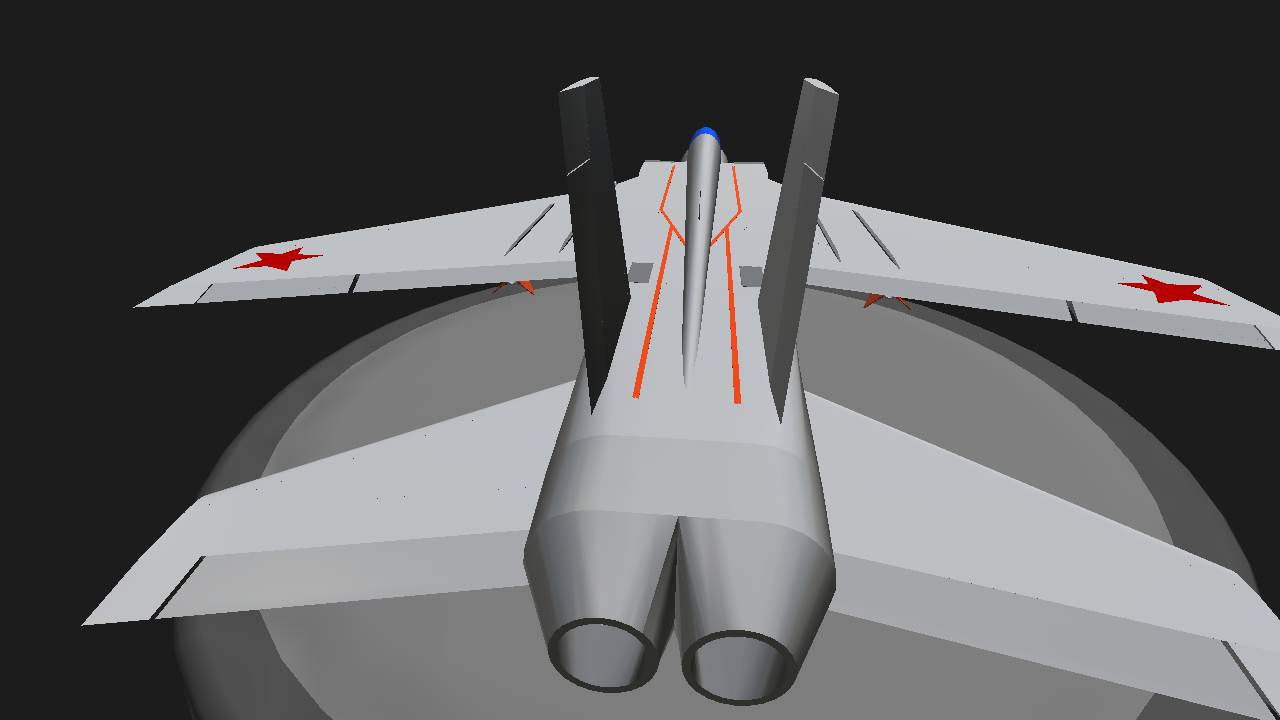 Inspired by the MiG-25 "Foxbat." Also my first well-made design with effective custom control surfaces. Been sitting on it for a while, tweaking it and procrastinating. Enjoy having a rival for your Tomcats.

Credits to Mikoyanster for the main gear struts.

The Foxbat-F is a 1970s-designed interceptor, built to combat the threat of high-speed bombers and cruise missiles, and as such carries advanced weapons in addition to a high-spec powerplant. Despite its age, recent avionics and weapons upgrades have cemented the aircraft as a nightmare of all who face it.

The initial ramjet turbines can carry the plane at low altitude and can reach transonic speeds at high altitude, while the main powerplant can attain speeds of up to 2000 mph at 50,000 feet. This, however, comes at a cost: in its usual combat setup, the aircraft's endurance is limited, generally to a few hundred miles.

The aircraft was designed to fight at supersonic speeds, therefore the control surfaces- ailerons especially- are less effective at low subsonic speeds. However, they can effectively control the aircraft down to its stall speed. Optimal speed is >800mph for rolls.

In 2004, the Foxbat-F received a major overhaul of its weapons systems, receiving the following: 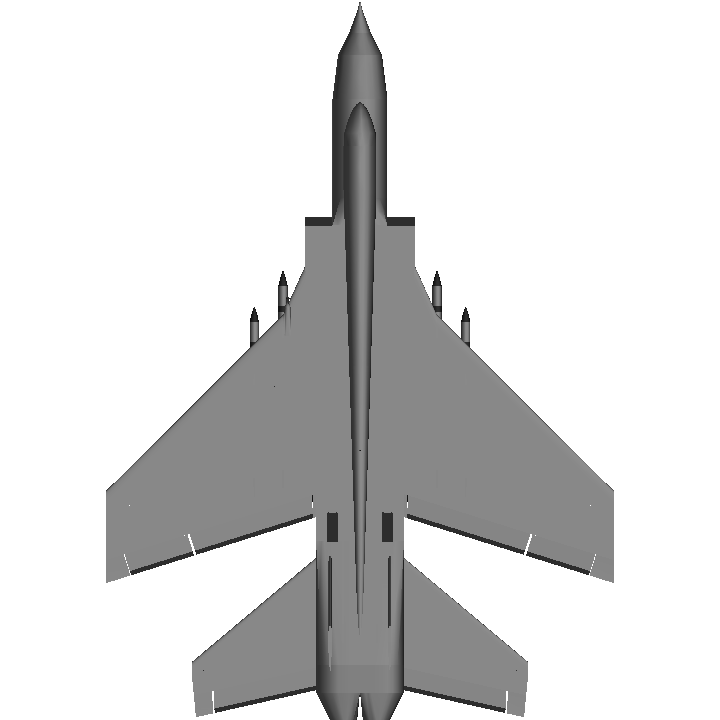 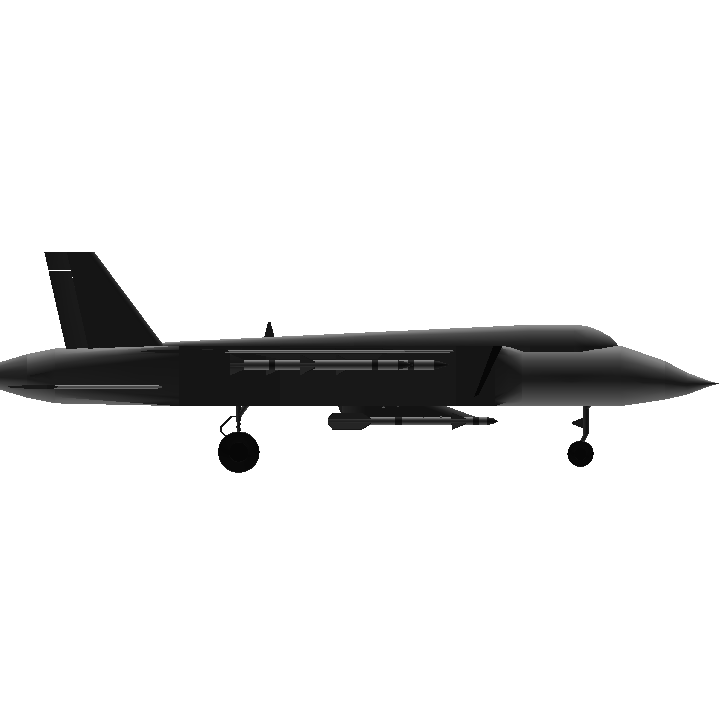 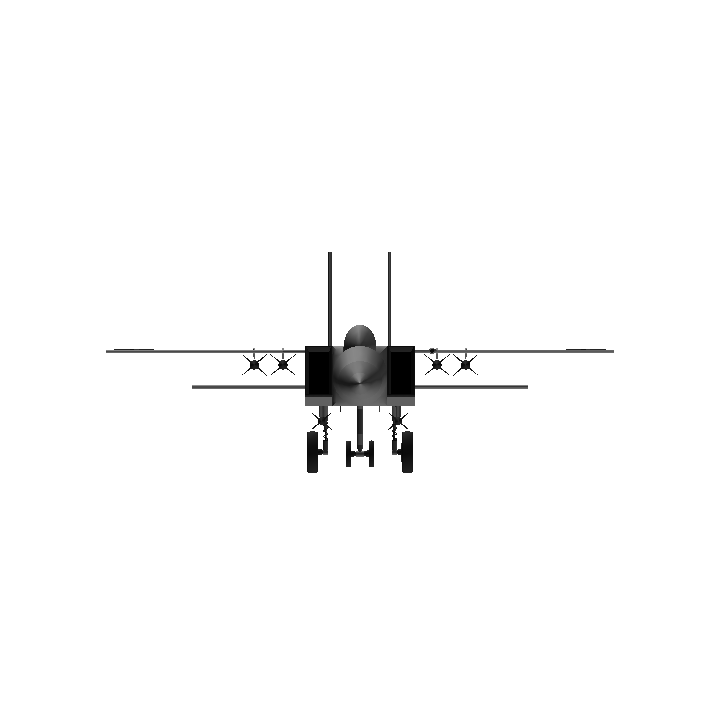