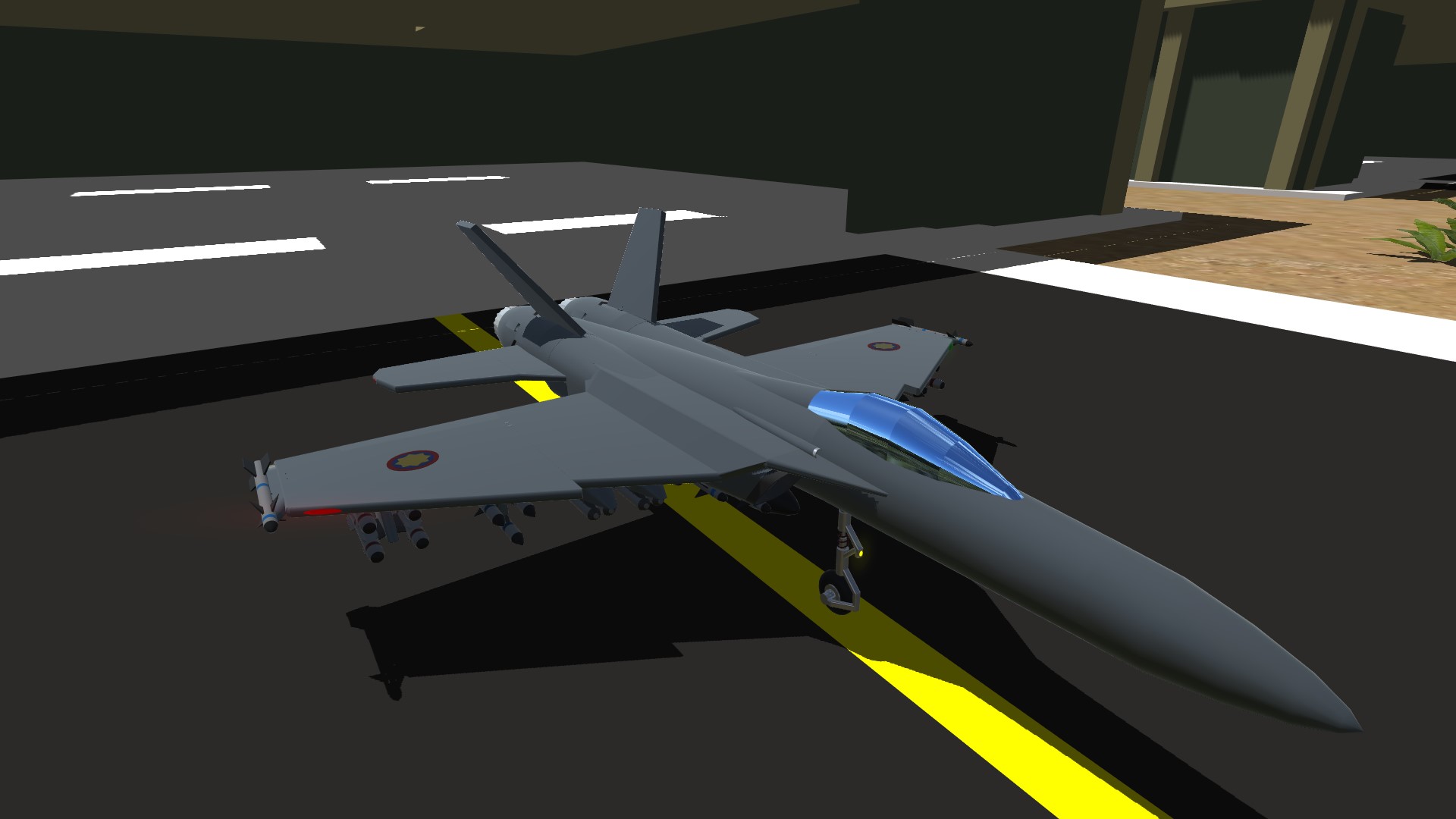 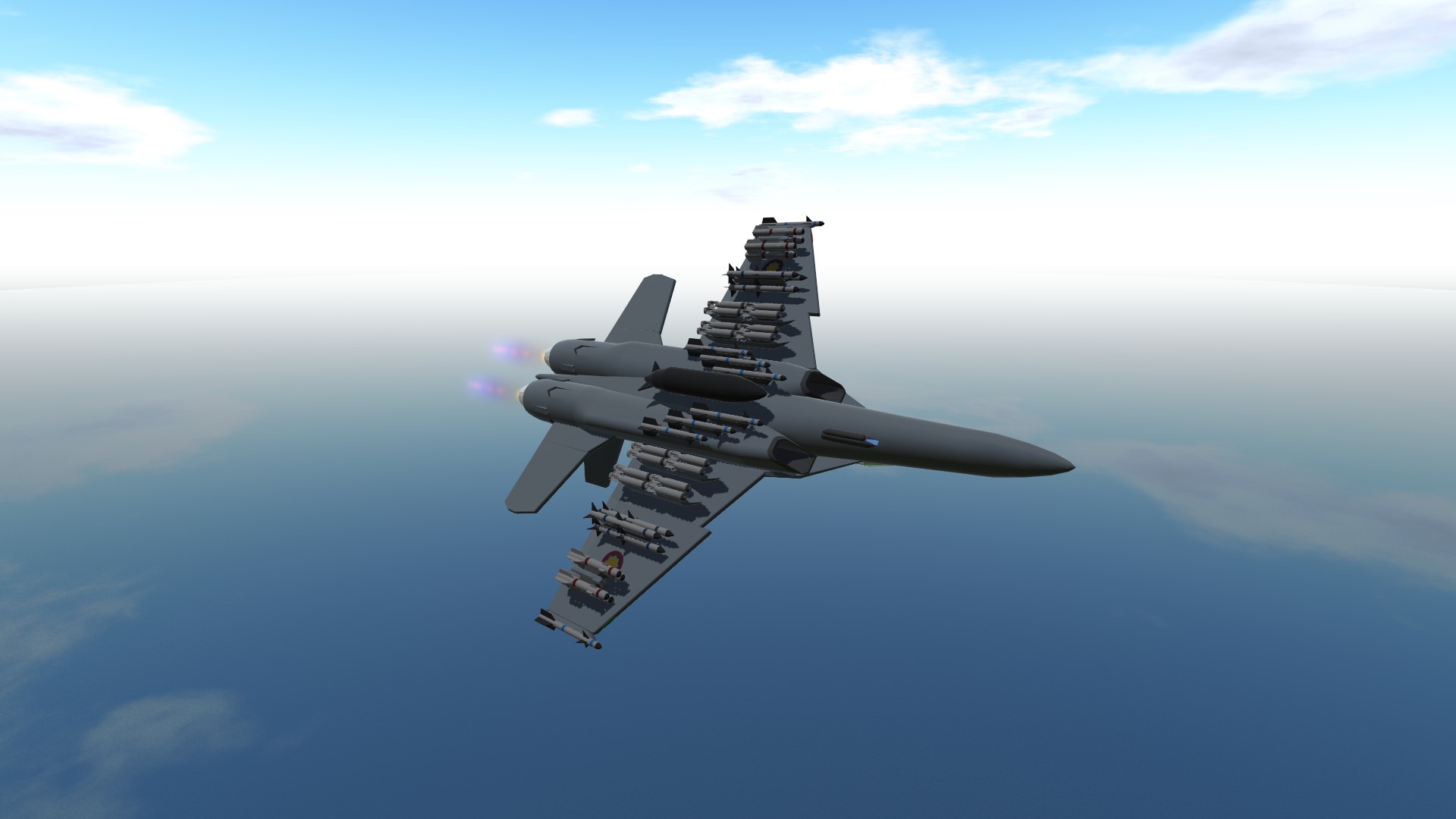 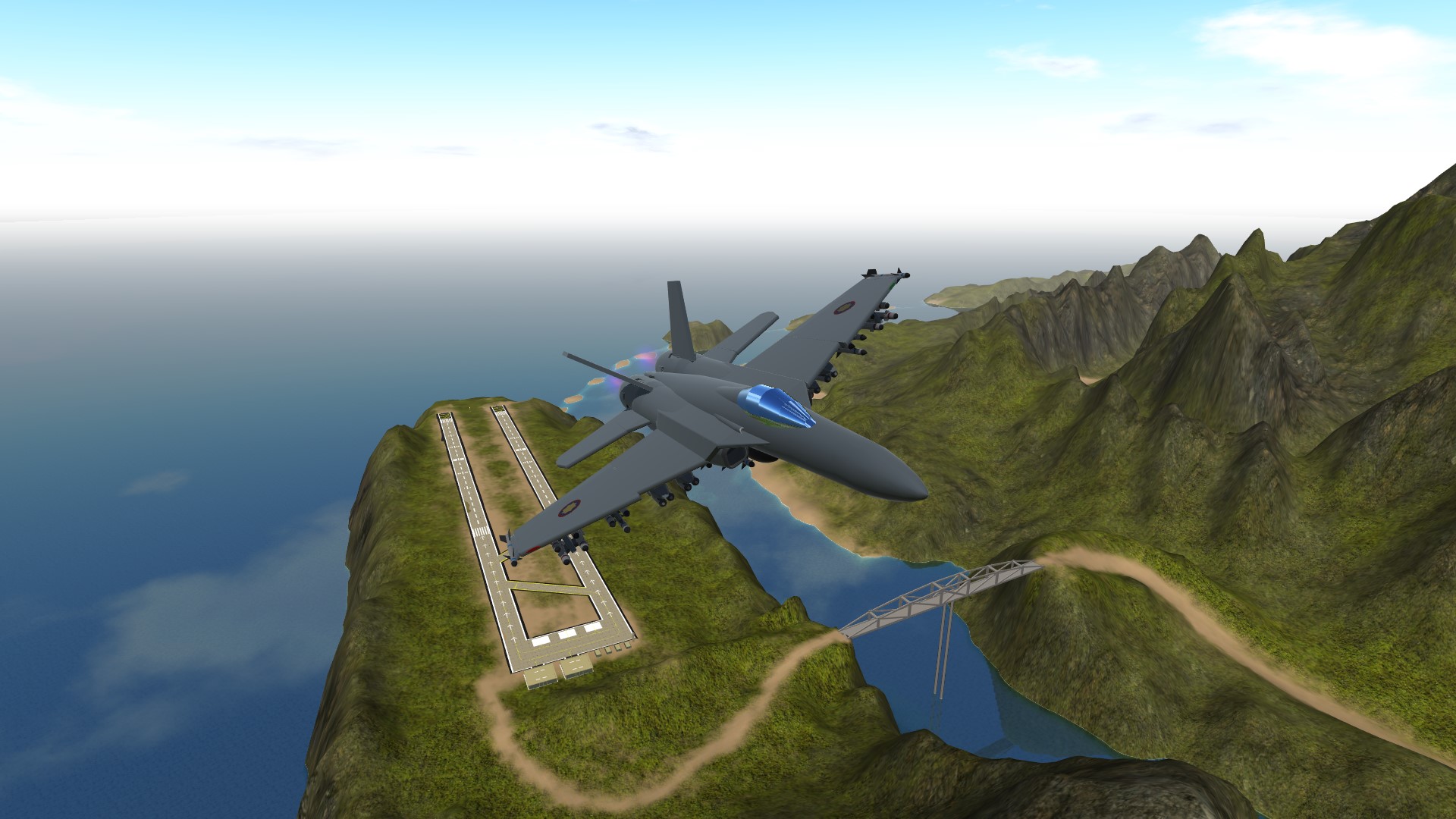 F/M*-10E Hawk Gen 4, twin-engine, supersonic, all-weather, carrier-capable, day/night capable, multirole combat jet, designed as both a fighter and attack aircraft I based off a Hornet. This is the fourth iteration (Gen 4). It's meant for naval use, but I couldn't be bothered with an arresting hook and functioning landing gear you can land on. Feel free to attempt to fix that, personally I try not to spend over 4 hours on only the landing gear so I gave up. Should work for take off, though.
Purposely over-the-top heavily armed for maximum fun

Designed in 1985 for the United Islands Navy, and eventually all branches, the F/M-10E Hawk was a multirole fighter aircraft based off the US's F/A-18 Hornet Fighter. However it was faster, more maneuverable, had longer range, and way more efficient and powerful engines. It could also carry more weight, cannon ammo, and had a slightly better radar.
It did however suffer from being more expensive, at $31 Million USD (2006), as opposed to the Hornet's $29 Million USD (2006). It also quality issues, which were likely from cost-reducing measures.
In 2000 a new and improved Hawk was developed in response to the US's Super Hornet, the F/M-10X Advanced Hawk, a $35 million USD (2006) upgrade to the F/M-10 would see the increase in pilot survivability, speed, electronics, radar, equipment, and new engines. The Hawk and Advanced Hawk was taken out of service in 2006 and 2010 respectively. 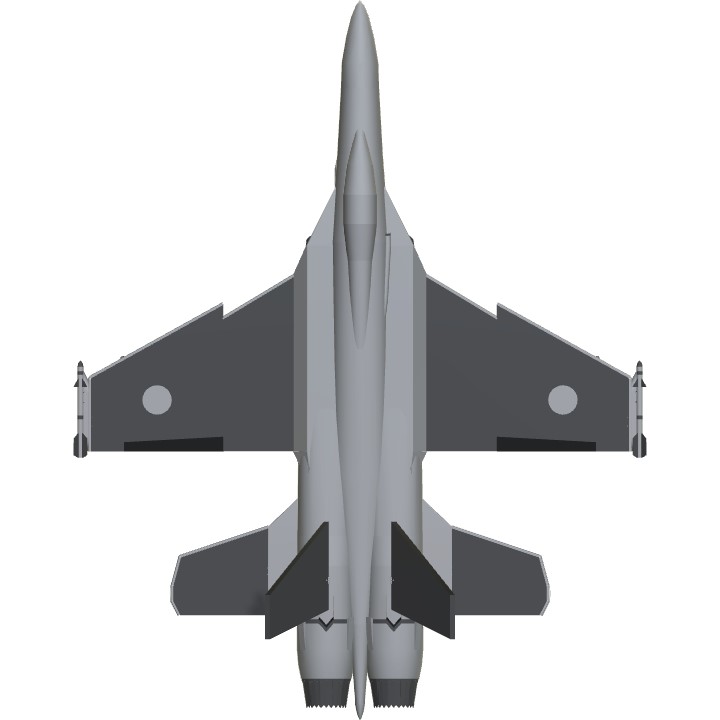 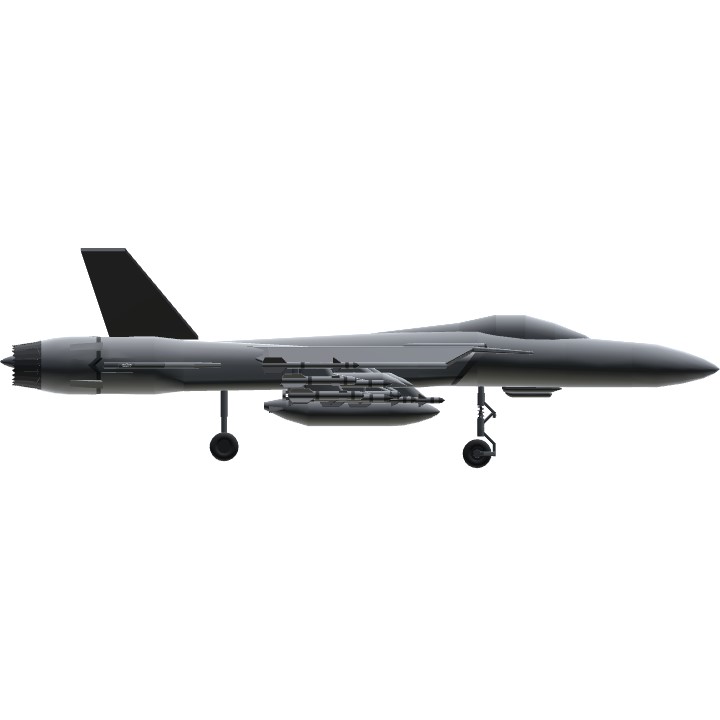 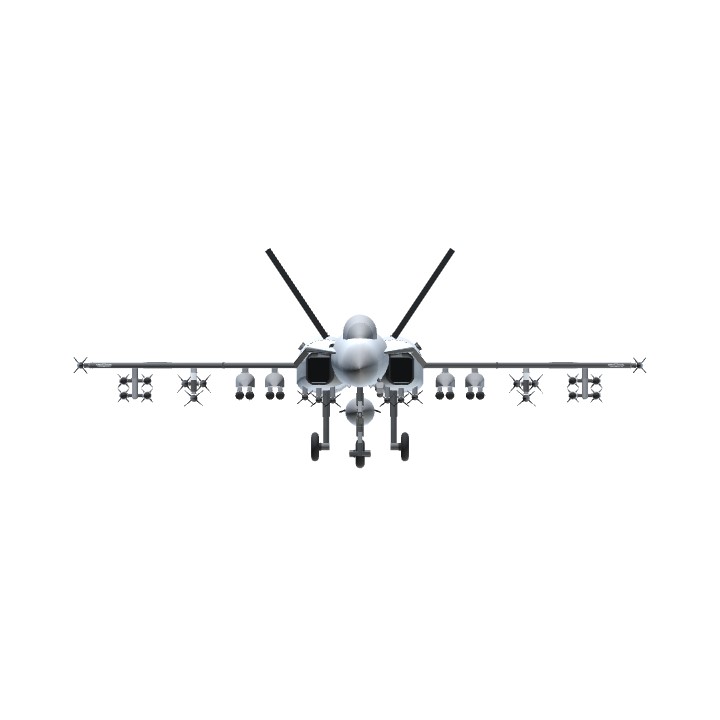