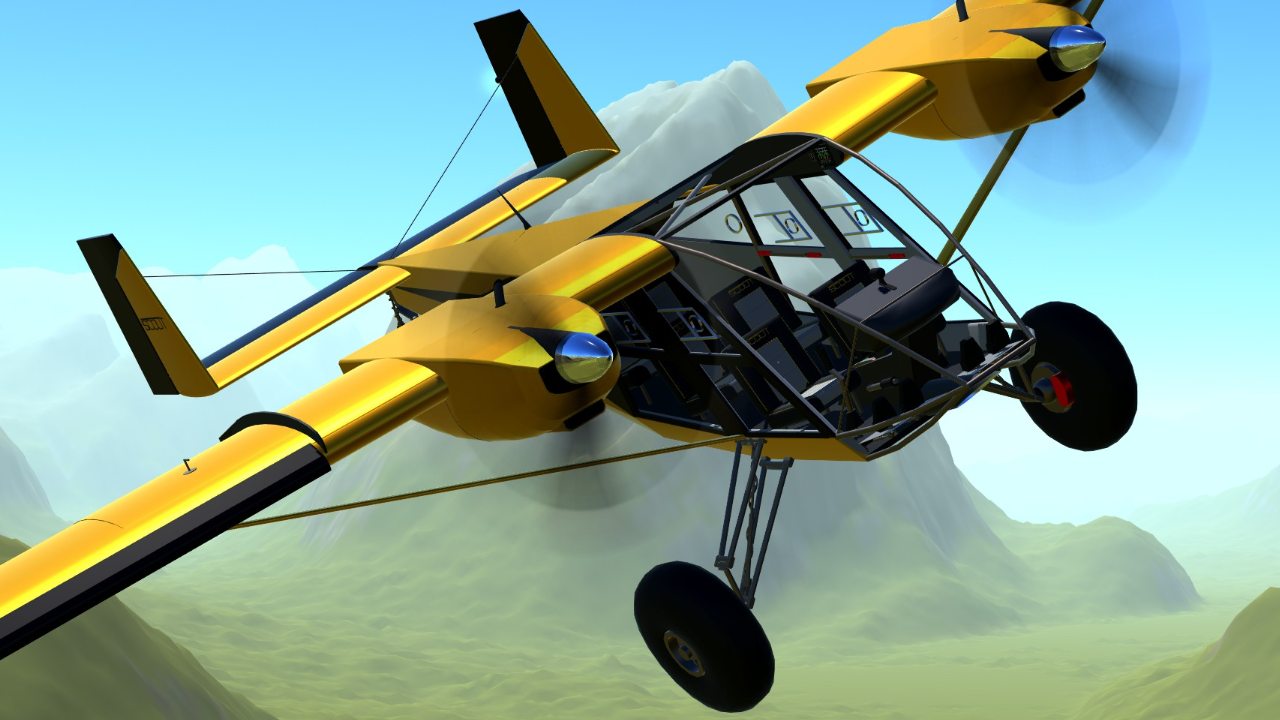 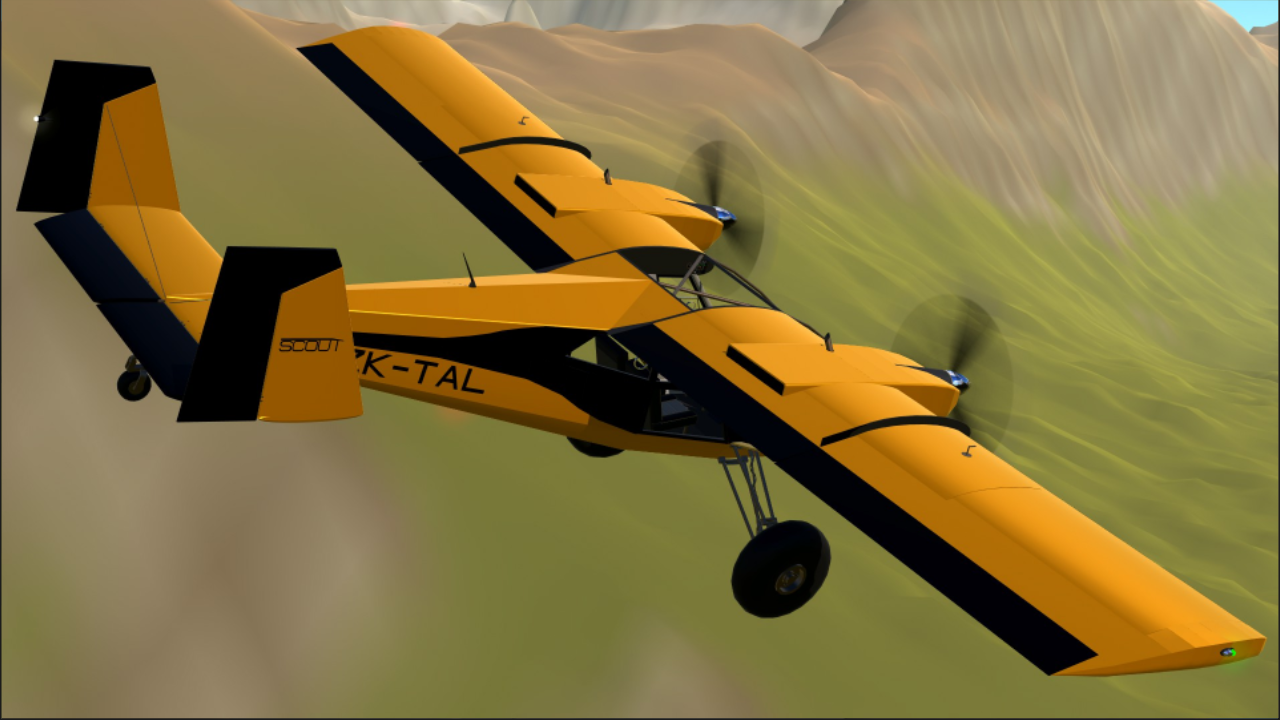 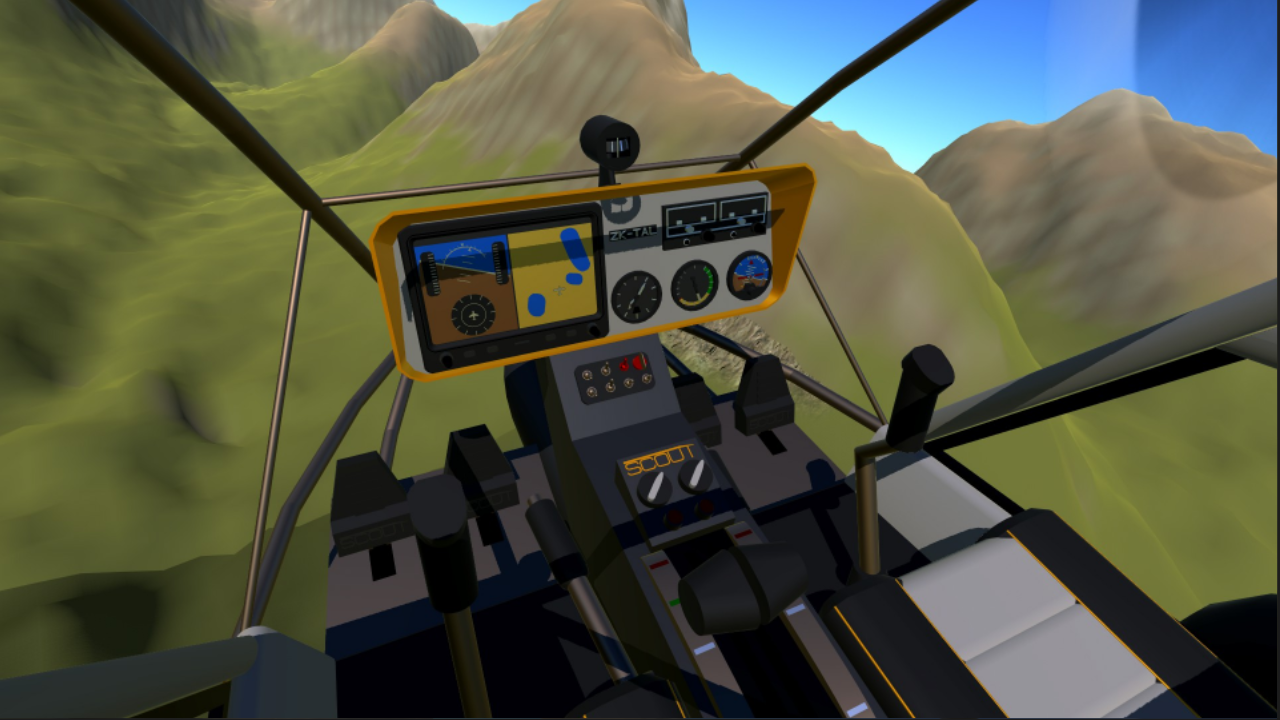 I’ve had the idea of building a twin engine STOL plane like this for a long time now; ever since I built my Scout Eagle!
The advantage of this twin-engine, twin-tail configuration is that the prop wash from the propellers generates lift on the wings and the twin tails increases low speed stability. The twin engine configuration also makes this aircraft extremely powerful, and it can carry a very heavy load. It has a maximum climb rate of nearly 4000 ft/min when unloaded, which is significantly higher than any other plane in it’s class.
These performance figures seem pretty outrageous, but the engines on this aircraft are literally copied over from the Kitfox I made last year, which has very realistic performance. The two Rotax 915 engines with MT props generate about 600lbs of thrust each, giving this plane 1200 lbs of thrust in total. As a reference, a stock Cessna 180 generates about 750lbs of thrust from it’s single engine. And it’s less efficient than this plane.
Relocating the engines to the wings doesn’t just improve performance, but it allowed more freedom to be made with designing the fuselage. It allows the entire nose section to be a window, which is excellent for visibility, especially during slow flight. Relocating the engines to the wings also means the landing gear can have a heap more travel than on normal configuration planes, since there isn’t any prop that can hit the ground when you bottom out anymore.

It seriously baffles me that a plane similar to this hasn’t been designed yet. It just makes so much like this! 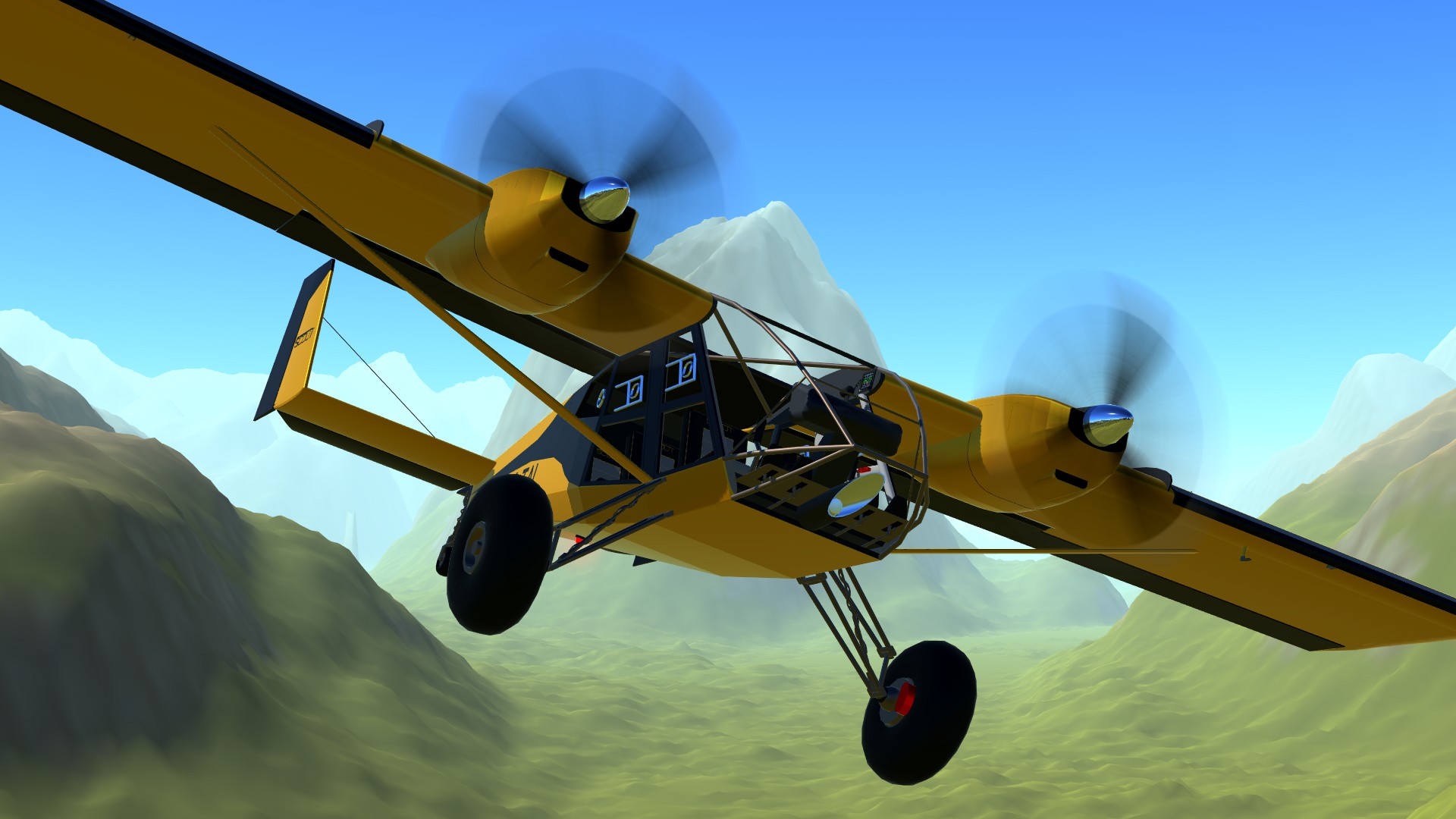 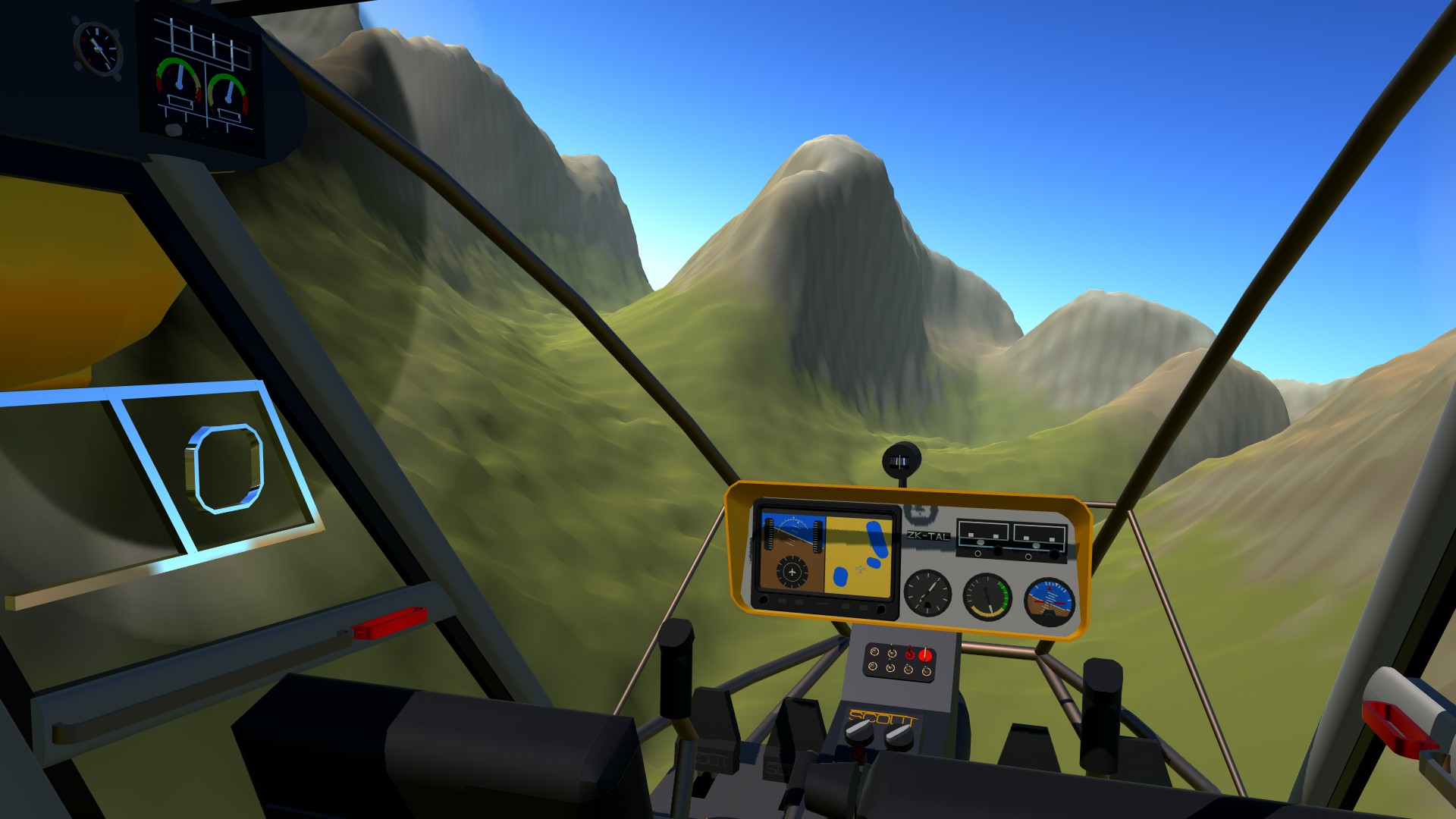 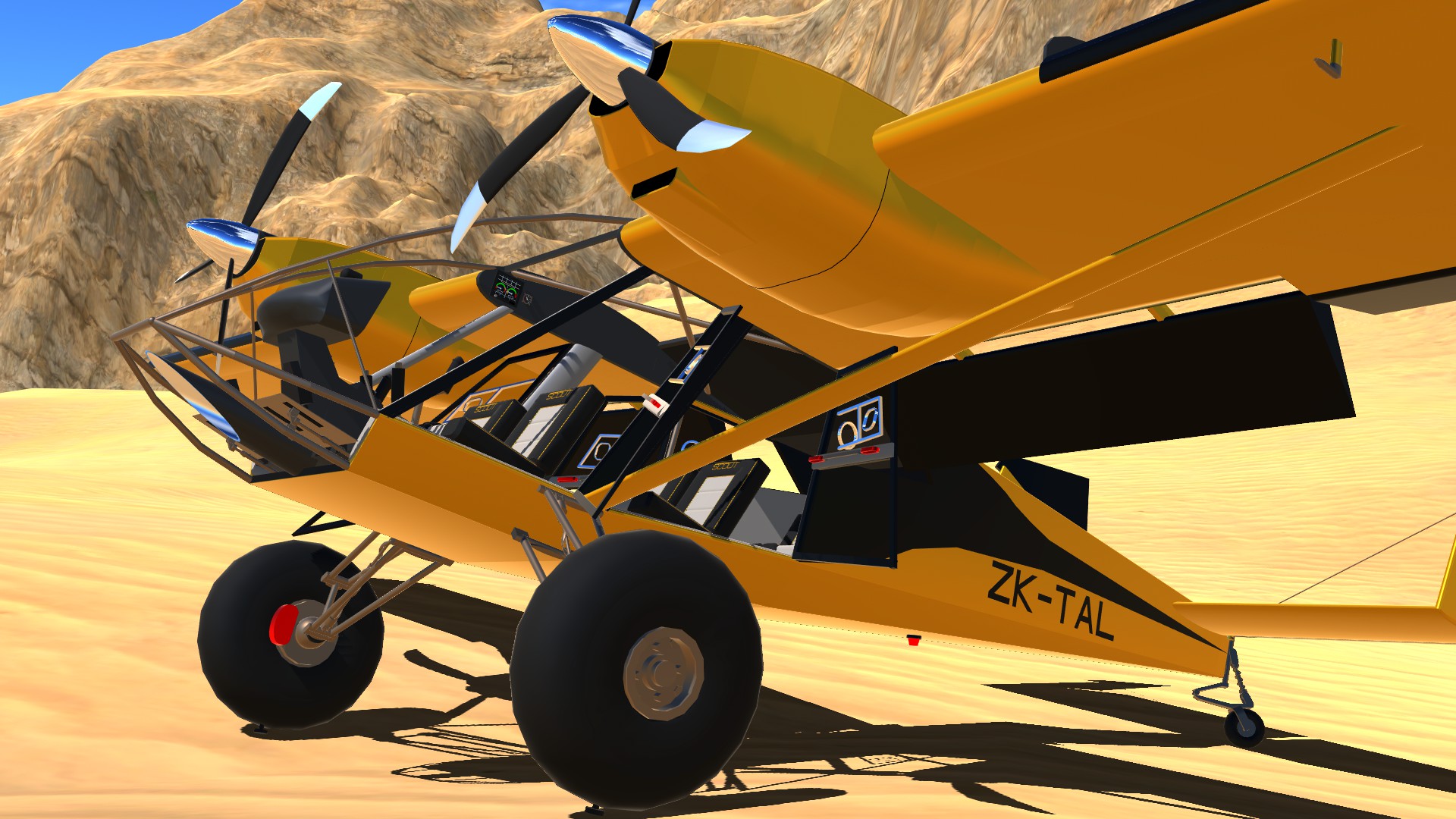 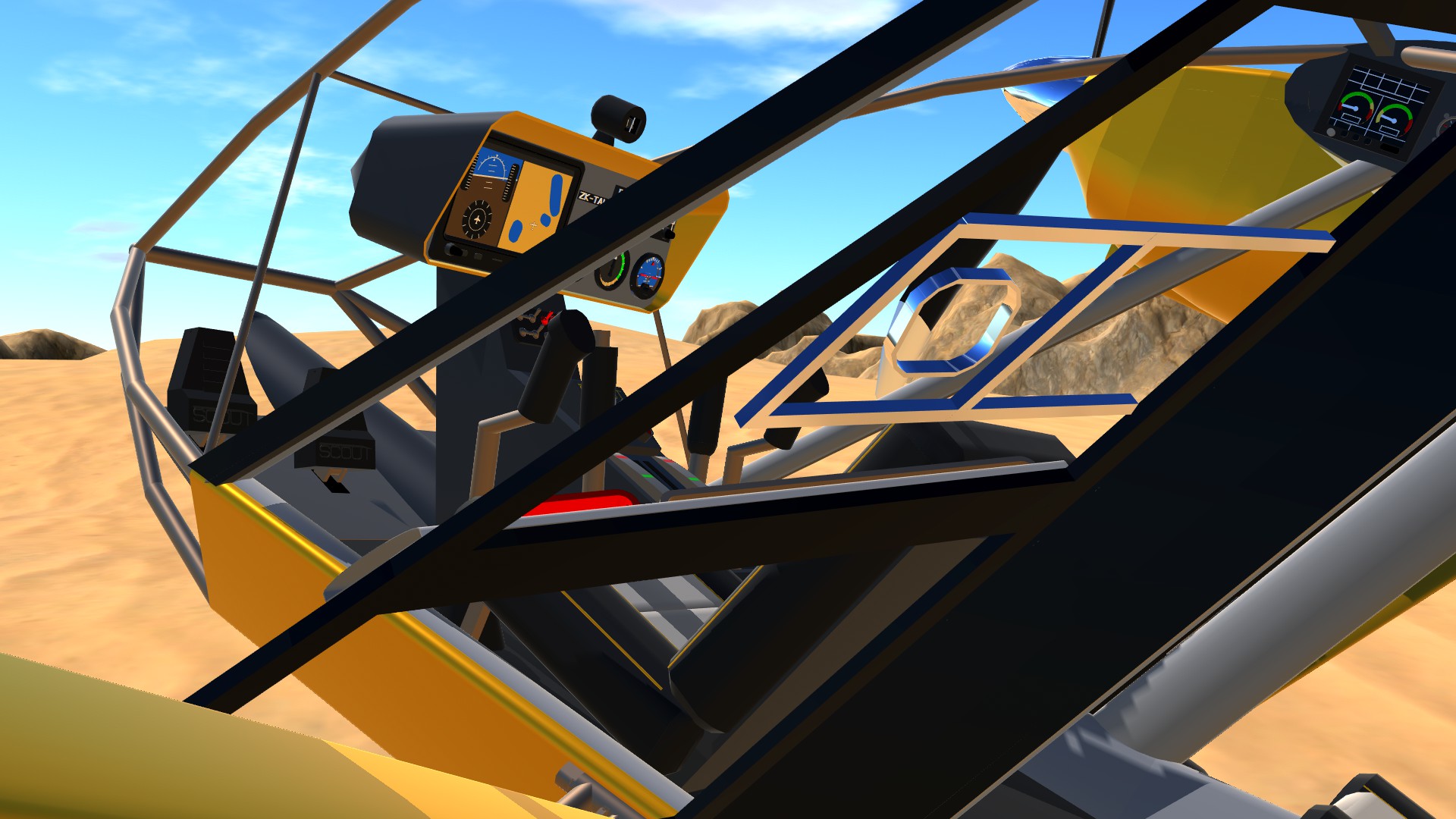 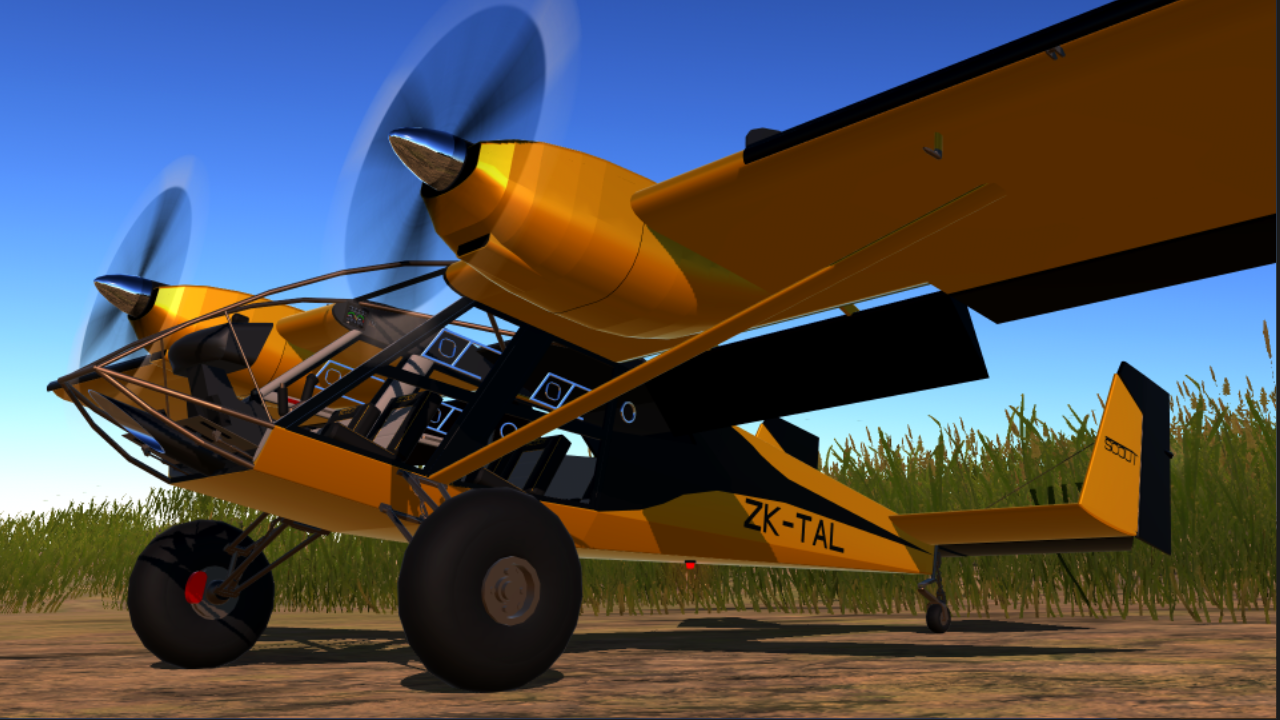 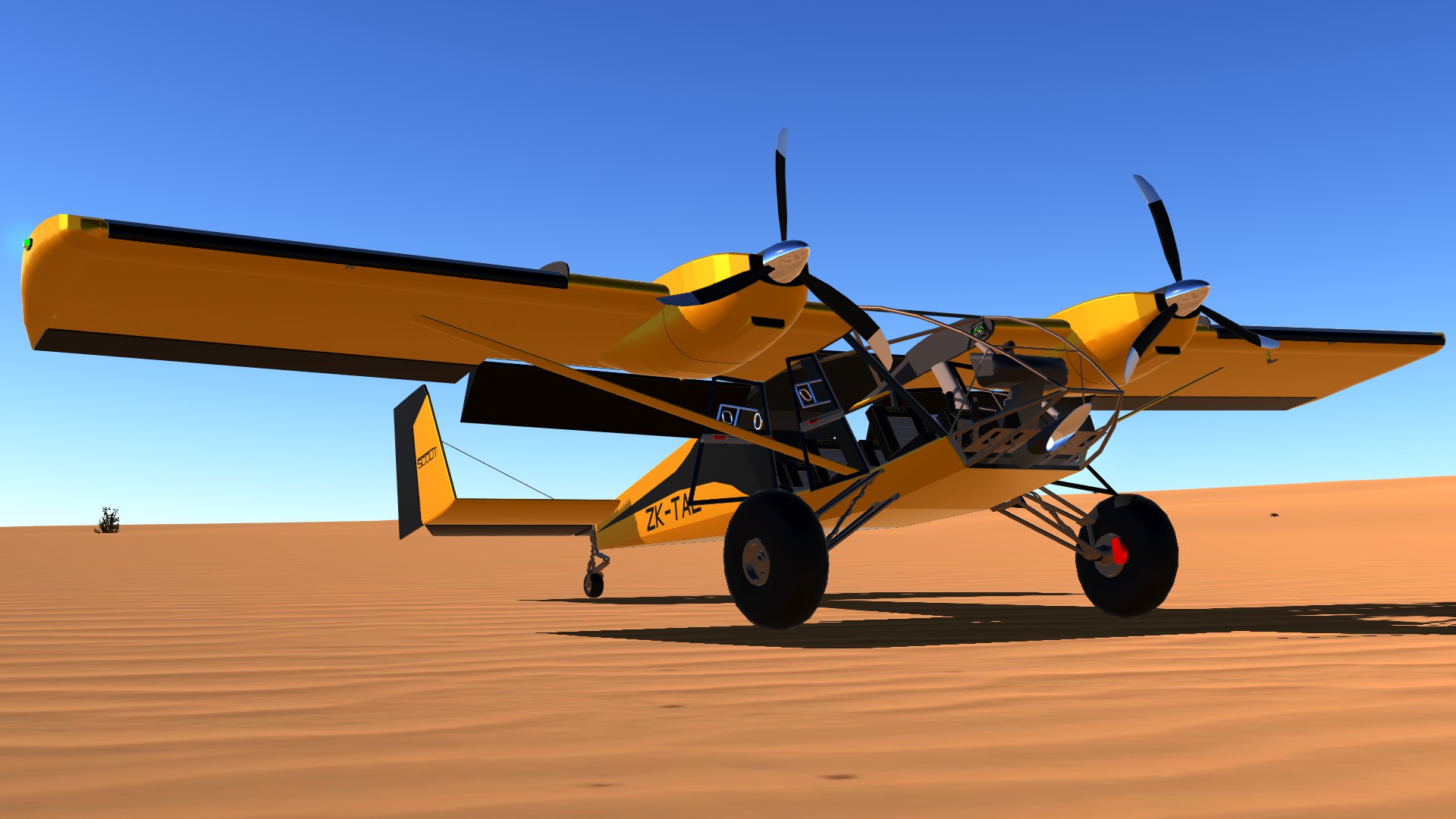 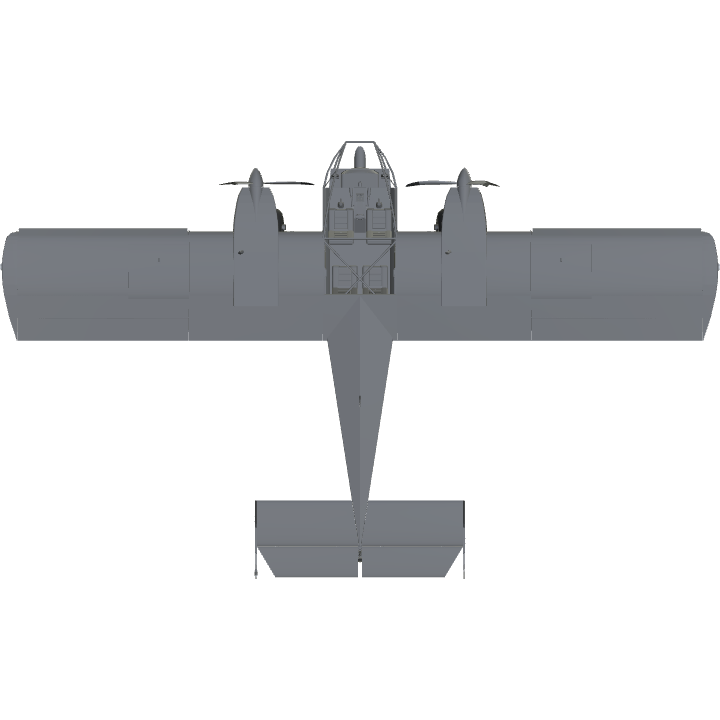 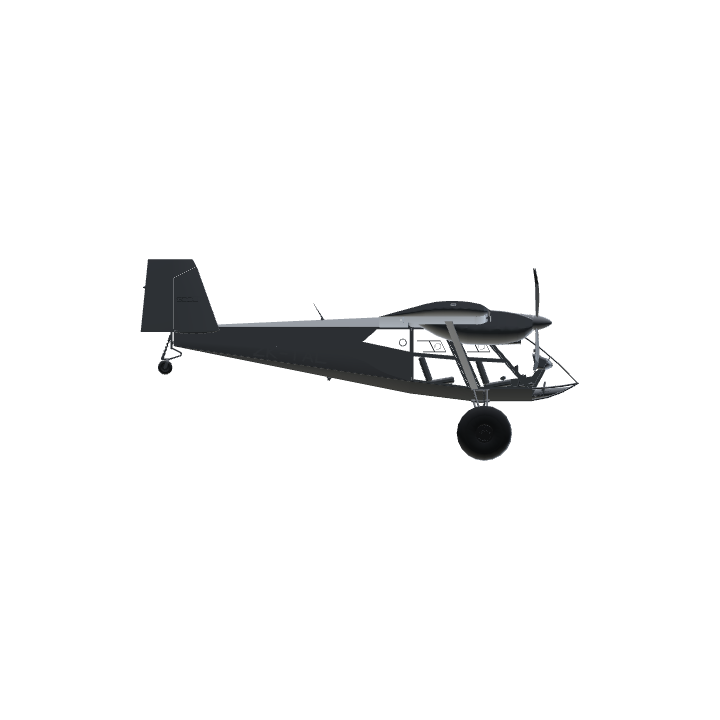 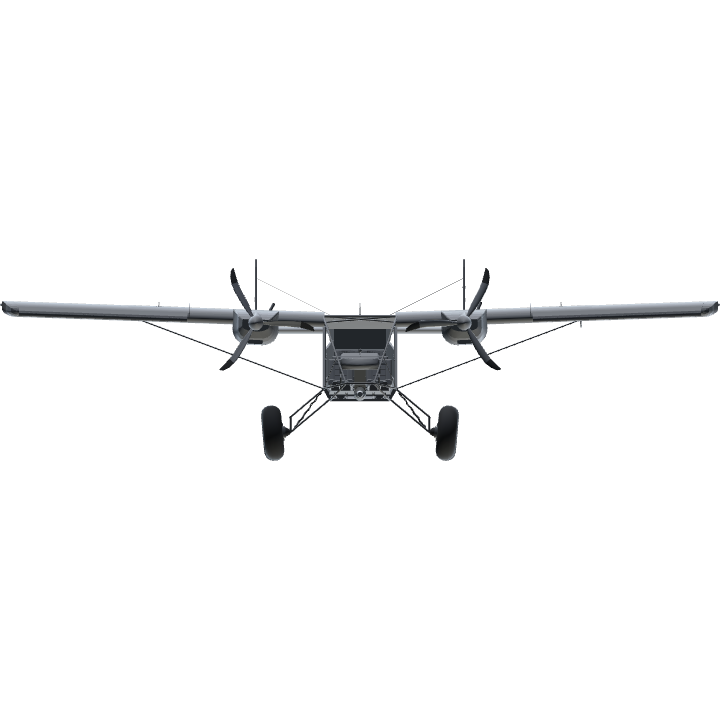