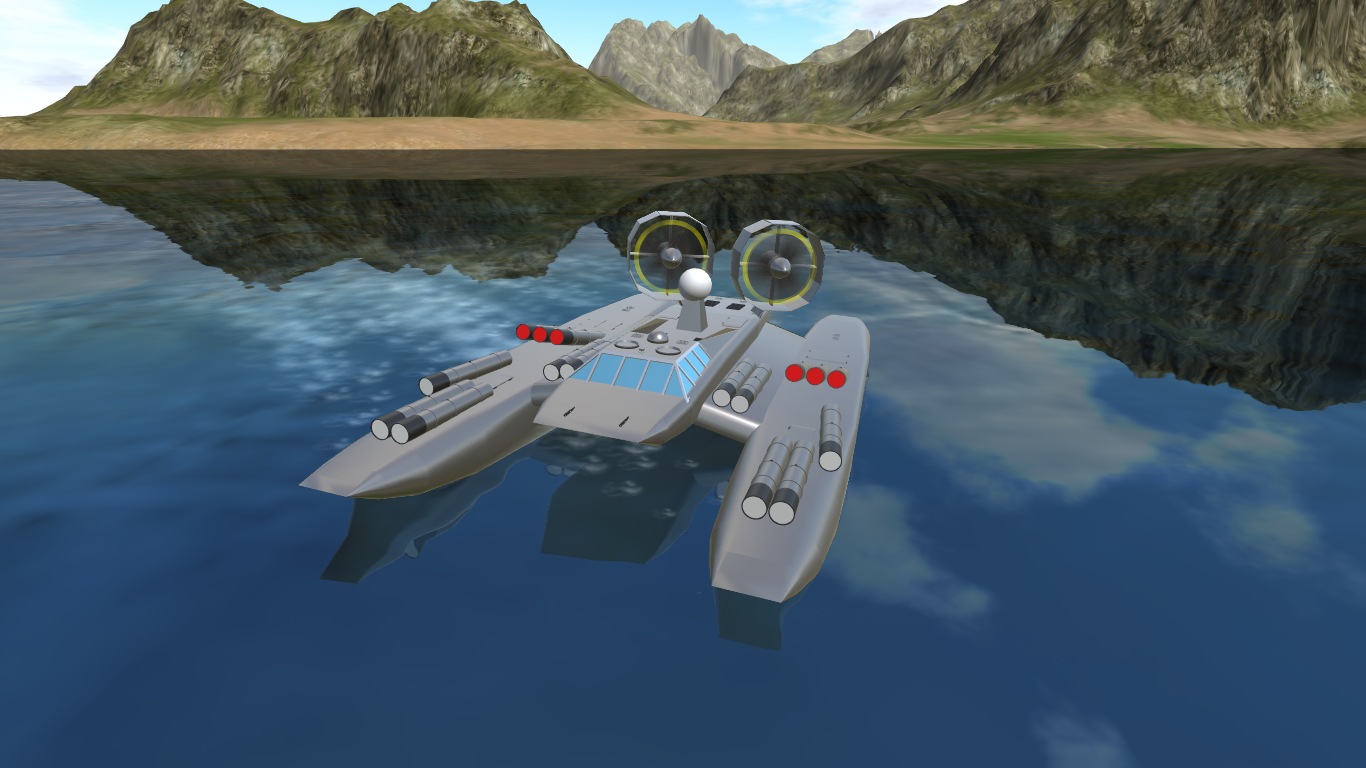 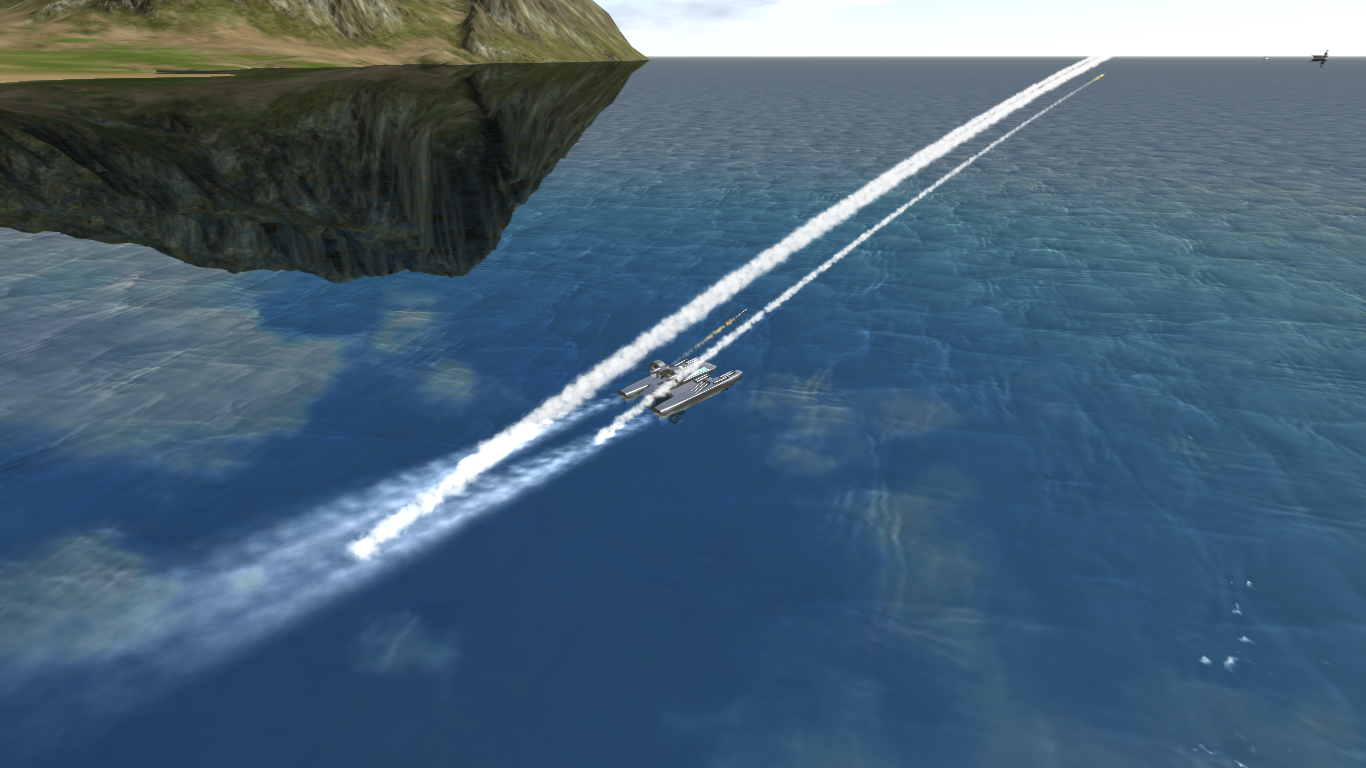 OPERATIONAL NOTES (ATTENTION!): This boat has two control mechanisms. One is the water rudders, always turned on with AG8. Another one is the auxiliary "thrust vectoring" system which rotates the engine pylons around, activated with AG7. Using both systems in conjuction helps a lot at low speeds, but may prove redundant at higher speeds when the rudders alone become more effective as the aerodynamic drag counterbalances the effects of AG7 (I've tried VTOL engines with RCN but even that doesn't manage to overcome the sheer aerodynamic force acting on the engine fairings at high speeds.).

When boost is activated (AG6), the boat becomes so fast that turning with AG8 WILL cause the boat to flip over. As such, AG8 MUST be deactivated and control relegated purely to AG7. At a certain intermediary speed, controls will become ineffective, then invert as speed increases. Turning is, however, still exceedingly difficult.

As such, turning performance is extremely poor at high speeds, but superb at relatively low speeds. High speeds should be used only to travel from point A to point B - in a relatively straight line.

For speed reduction, turn AG6 off and first just tap the brakes for no more than an instant; the underwater brakes WILL cause the boat to flip over if applied for an extended period of time at high speed. As speed decreases, the brakes may be used with no issue.

The Iara-class patrol boat (named after a mermaid-like creature which inhabits rivers in Tupi mythology) is Socrux's first attempt at a high-speed patrol vessel for the defense of shallow coasts. Employing a catamaran design, the boat is powered by two turboprop engines driving counter-rotating propellers. It is heavily armed with 10 torpedo tubes, 6 anti-ship missile tubes and two 20mm autocannons. With emergency boost power, it is capable of reaching speeds up to 155 mph, but consumes fuel quickly.

It is typically crewed by four or five men, and its primary mission is to engage surface threats from coastal areas. With its six anti-ship missiles, low profile and countermeasure suite, it is capable of taking on ships far larger than itself in hit-and-run attacks at long range. 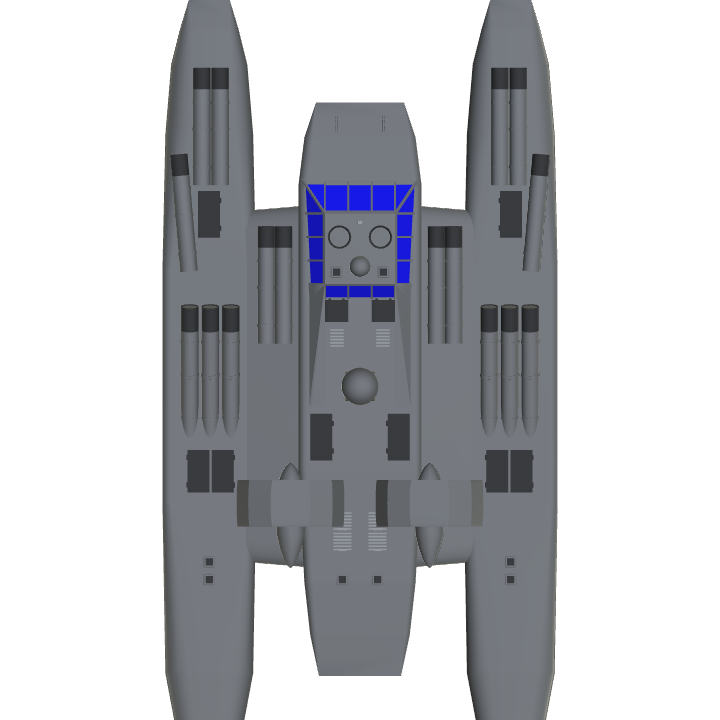 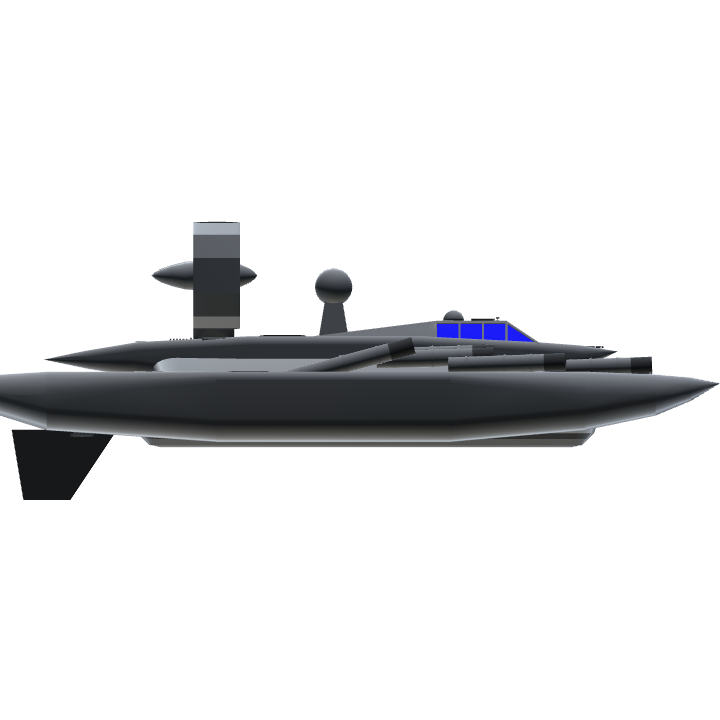 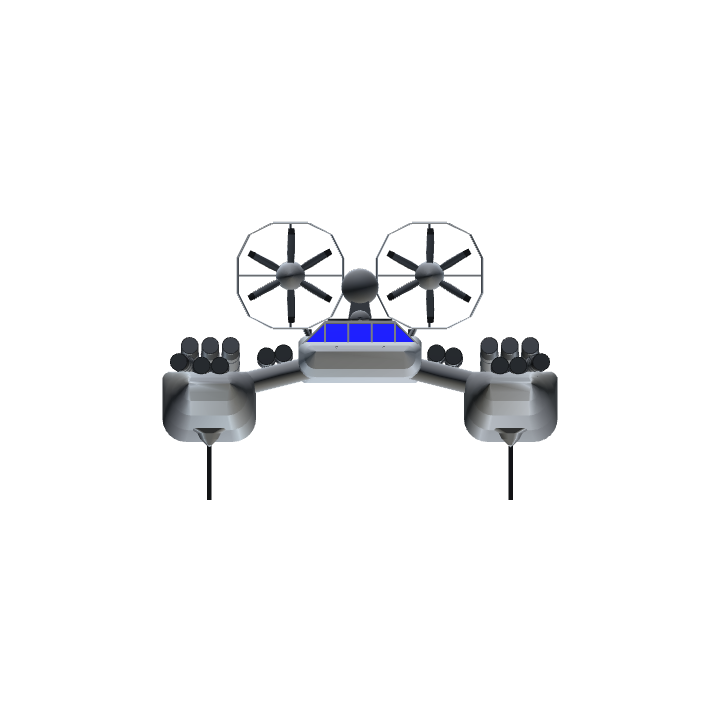