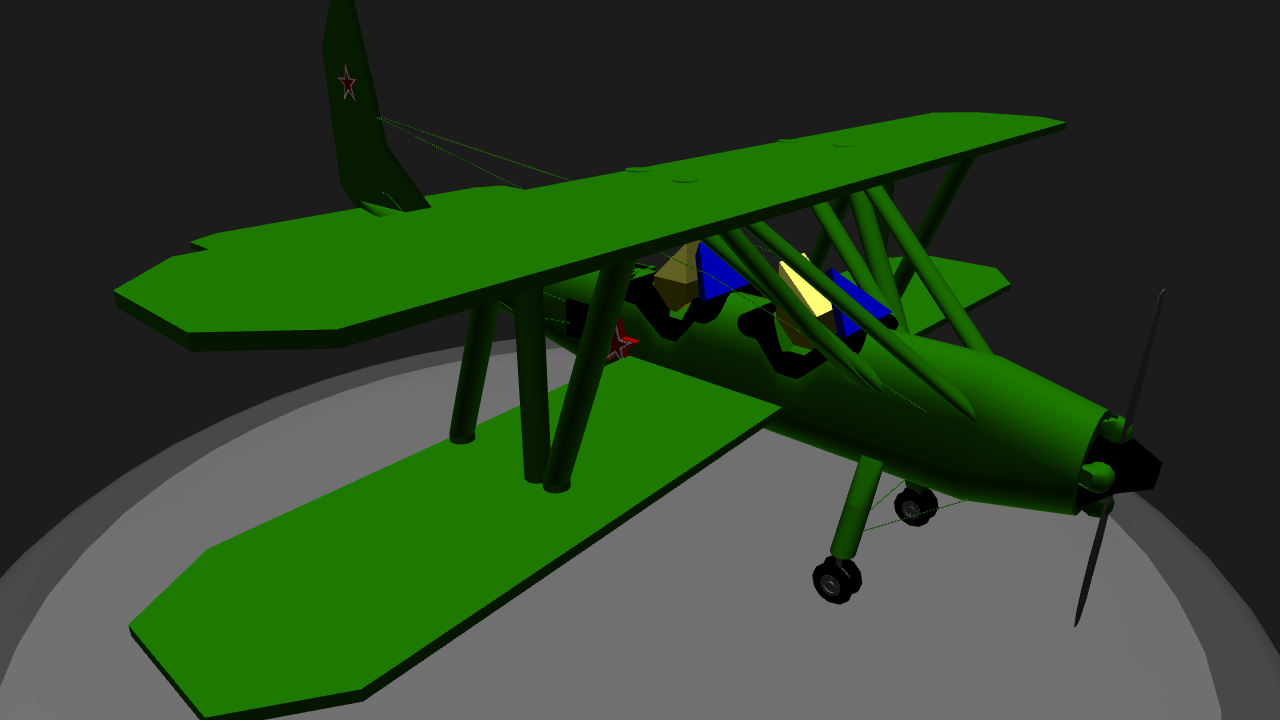 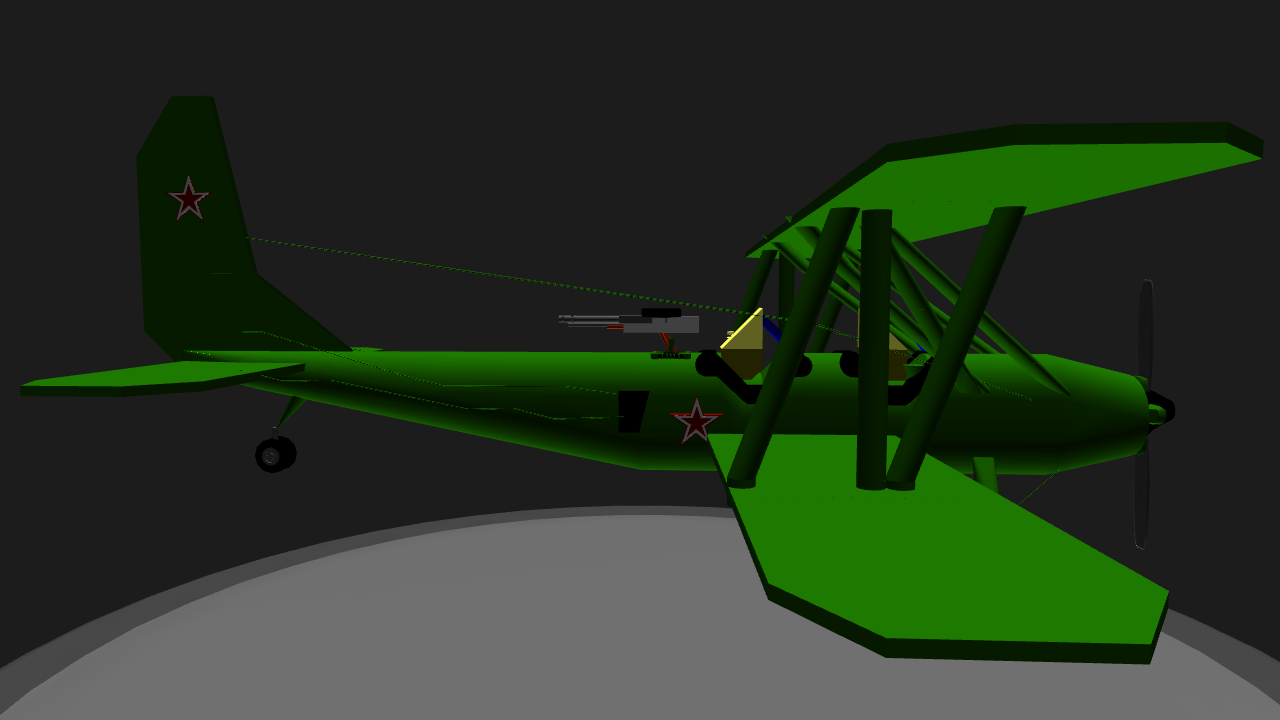 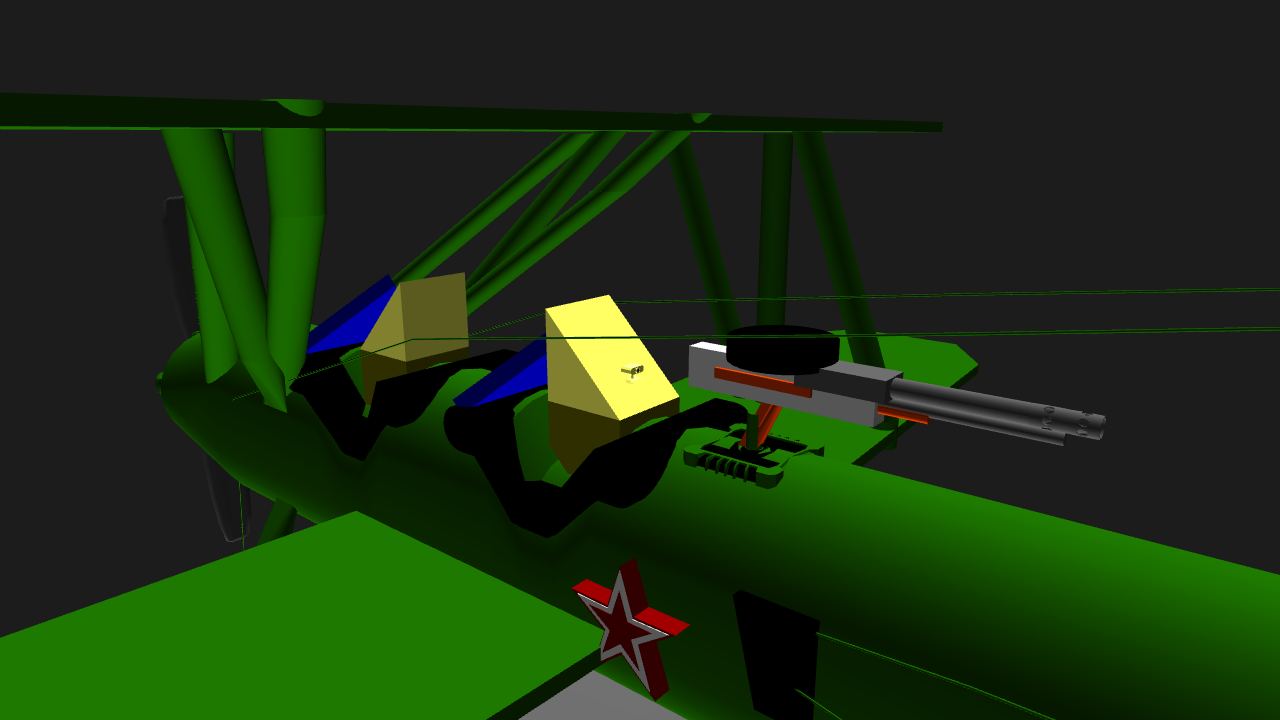 My attempt at a Po-2 replica. AeroEnginering made the machine gun. Deusalgor made the soviet star. I made the machine gun rotate and use cam 1 for gunners veiw. Cockpit veiw for pilots view. Hopping that theyll add transparent ot class paint soon... Yes it flys (not like the real thing. Actually it better than the real one.) it weighs more and is faster than the real plane because... THIS! IS! SIMPLE PLANES! My ipad had quite some trouble making it and would crash often... Pray for S.K.A.T.'s ipad... Anyways this was a good 3 hours of non stop work. I was gonna post a teaser but desided to suprise you guys instead! Have fun and enjoy!

History from everything explained today: The Polikarpov Po-2 (also U-2) served as a general-purpose Soviet biplane, nicknamed Kukuruznik (Russian: ??????????, from Russian "kukuruza" (kykypyea) for maize; thus, "maize duster" or "crop duster"), NATO reporting name "Mule". The reliable, uncomplicated concept of the Po-2's design made it an ideal training aircraft, as well as doubling as a low-cost ground attack, aerial reconnaissance, psychological warfare and liaison aircraft during war, proved to be one of the most versatile light combat types to be built in the Soviet Union. As of 1978 it remained in production for a longer period of time than any other Soviet-era aircraft. 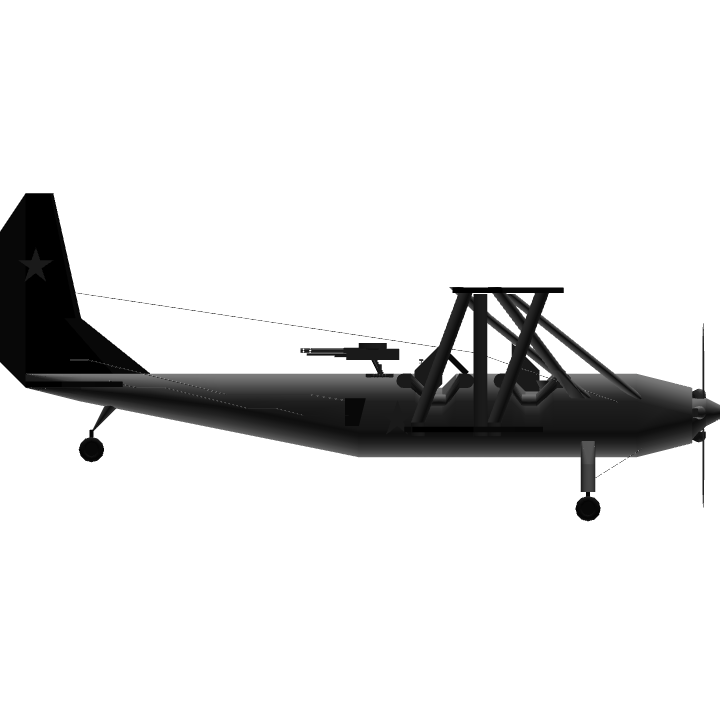 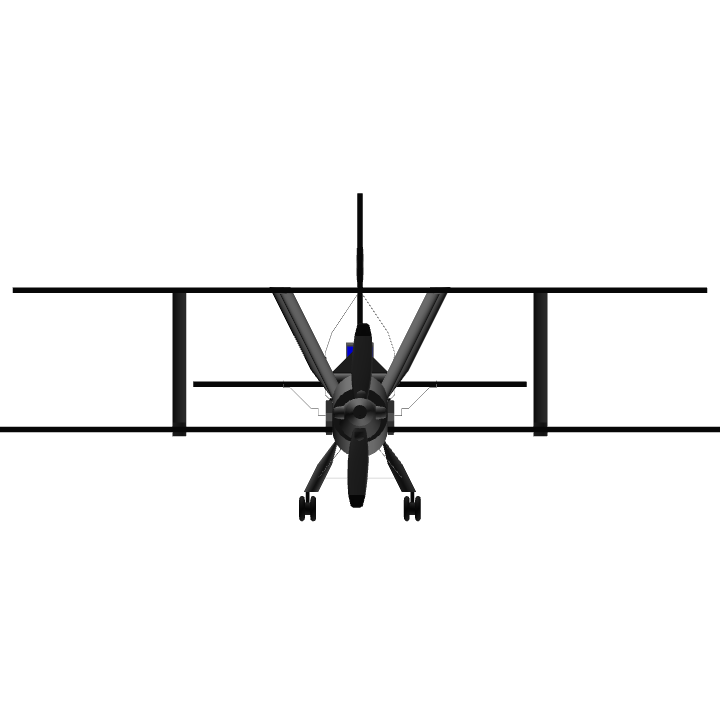