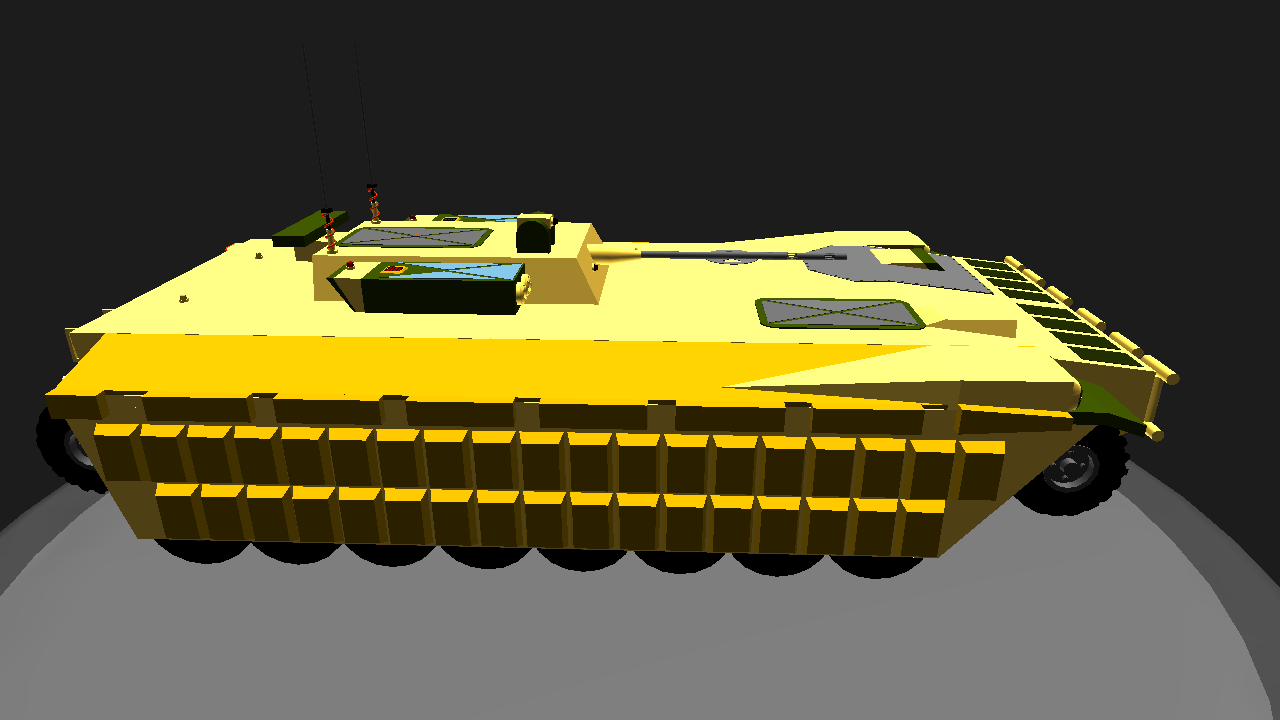 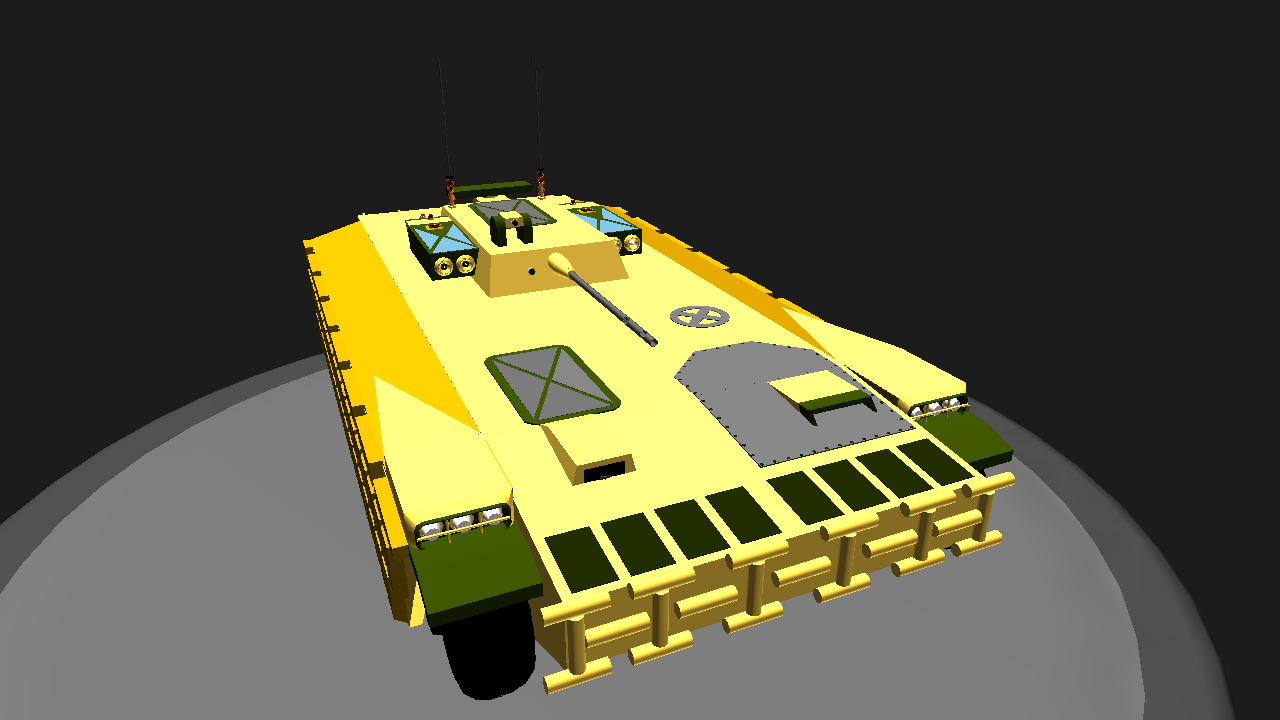 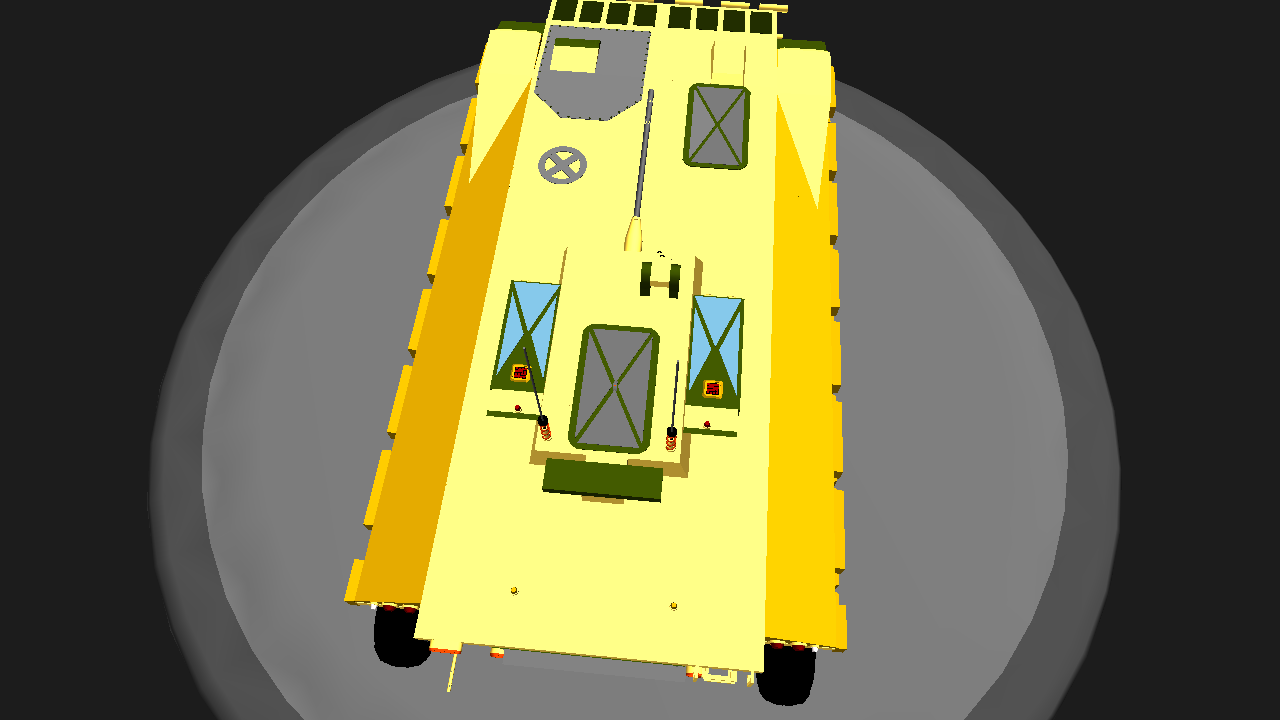 In 2016, the S.Corp was formed. It needed a fast tank the could destroy anything, shoot down aircraft, and carry troops.
M.industries designed the S.Corp M-327 Antira which is fully amphibious and could carry 11 troops and 3 crew, launch anti tank and anti aircraft missles that took little time to lock,( thanks to it's advanced radar/madar systems), and take any type of gunfire and could shoot out tanks ships and APCs with it's 40mm gun and it had an armored skirt to protect it's wheels. It also has a special hill climbing ability that allows it to climb steep in inclines.

It went into service in 2017 in time for the S.Corp's invasion of China, Japan, Hawaii, Russia, Singapore, Philippines, and North and South Korea, and it quickly wiped out all opposition.

Pitch=Go forward or backwards.
Roll=Turn left or right.
Act 1=Lights.
Act2=Hill climbing ability for 15° to 30°.
VTOL=Turret left, right.
Trim=Gun up, down.
Fire Guns=Main cannon.
Launch weapon=Fire missiles.
Camera1=Drivers view.
Throttle=Brakes and amphibious engine.
Launch weapon=easy aim cleavers and guardians.
Roll to steer in the water.
When coming out of the water please choose a spot that is not to steep and head for it at about 20Mph.

"WARNING" When going down inclines of 20 to 30 degrees please go headfirst at about 25 MPH to avoid tipping over. Brake hard at your own risk 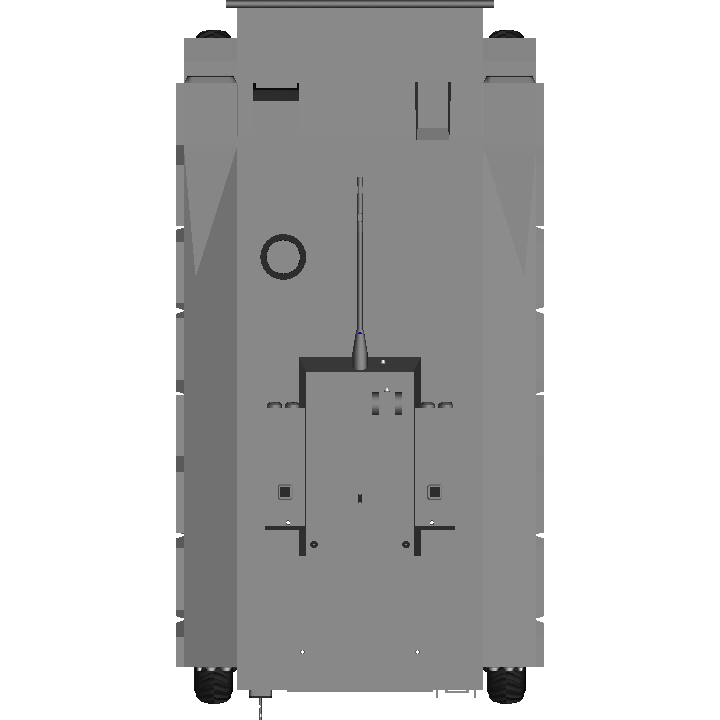 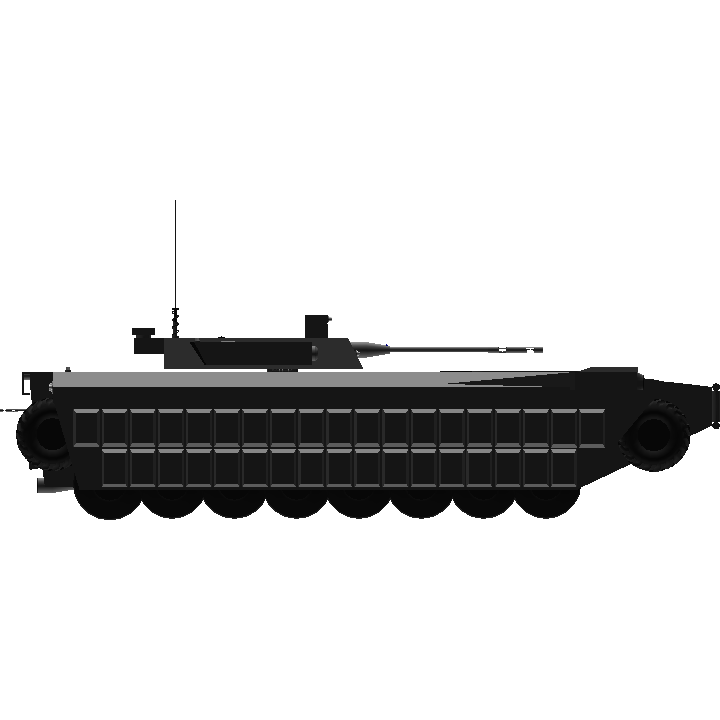 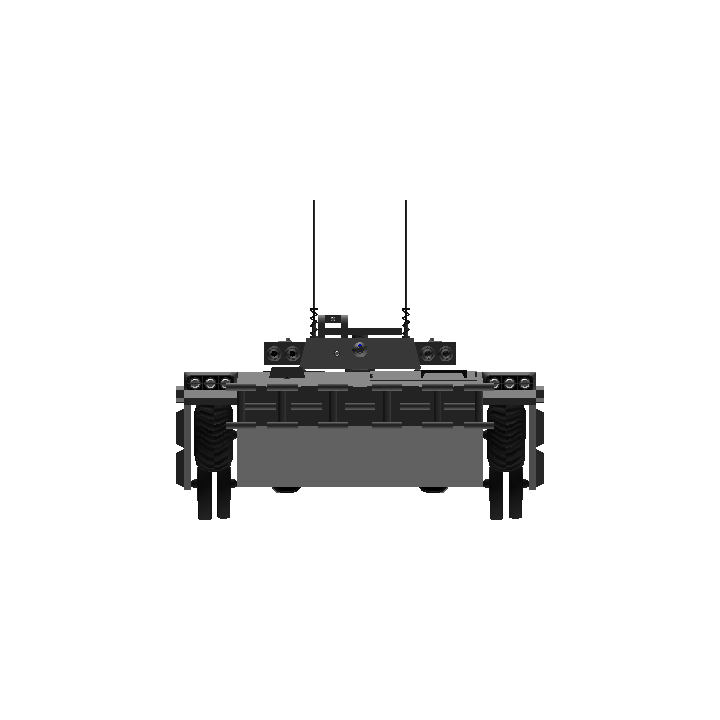