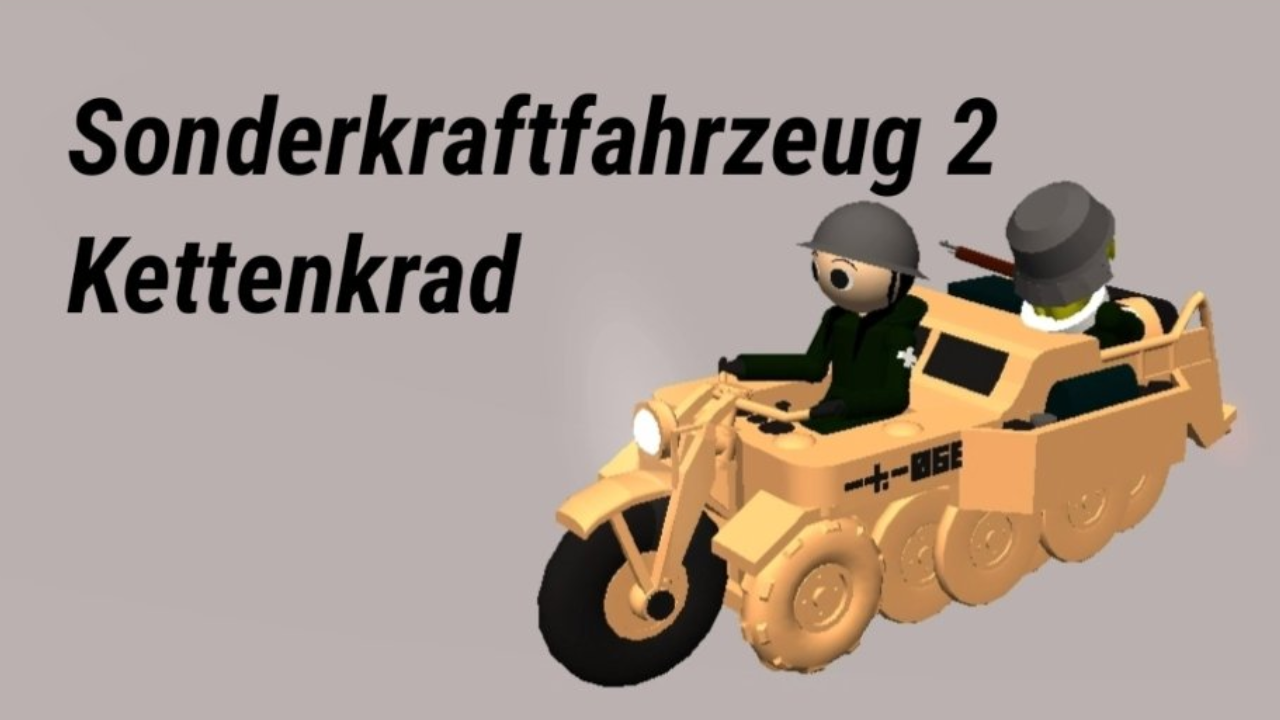 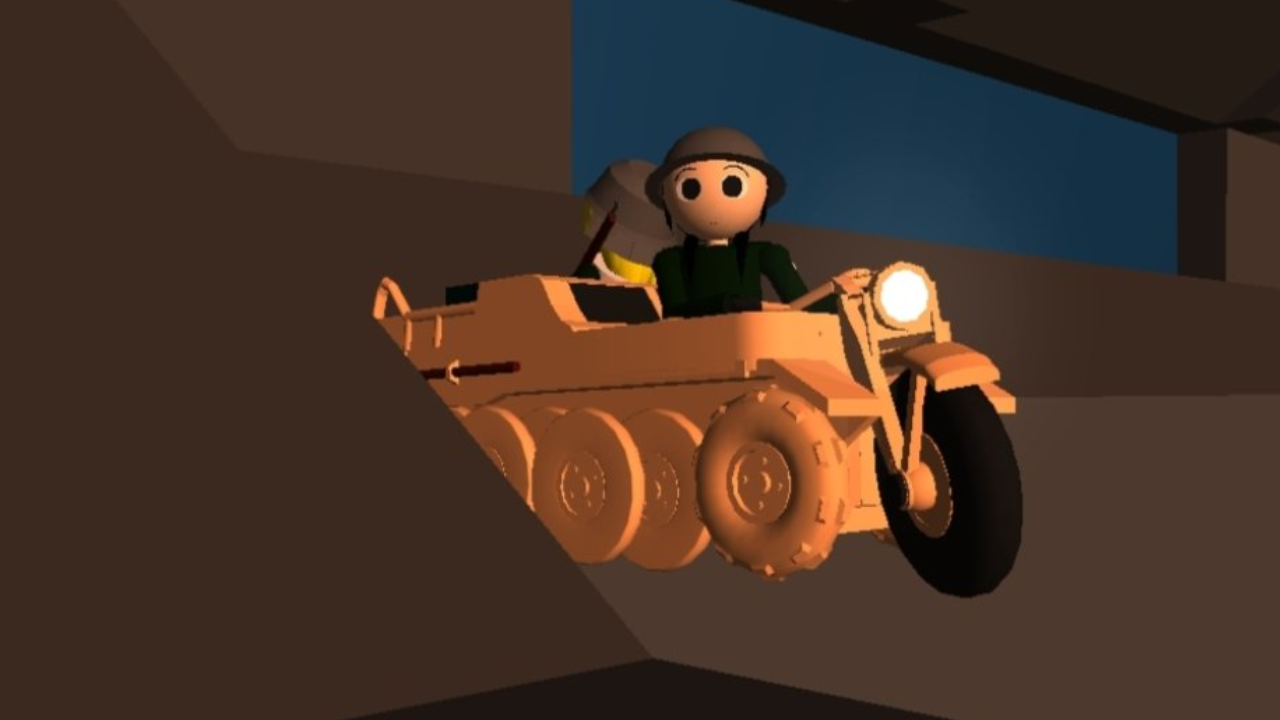 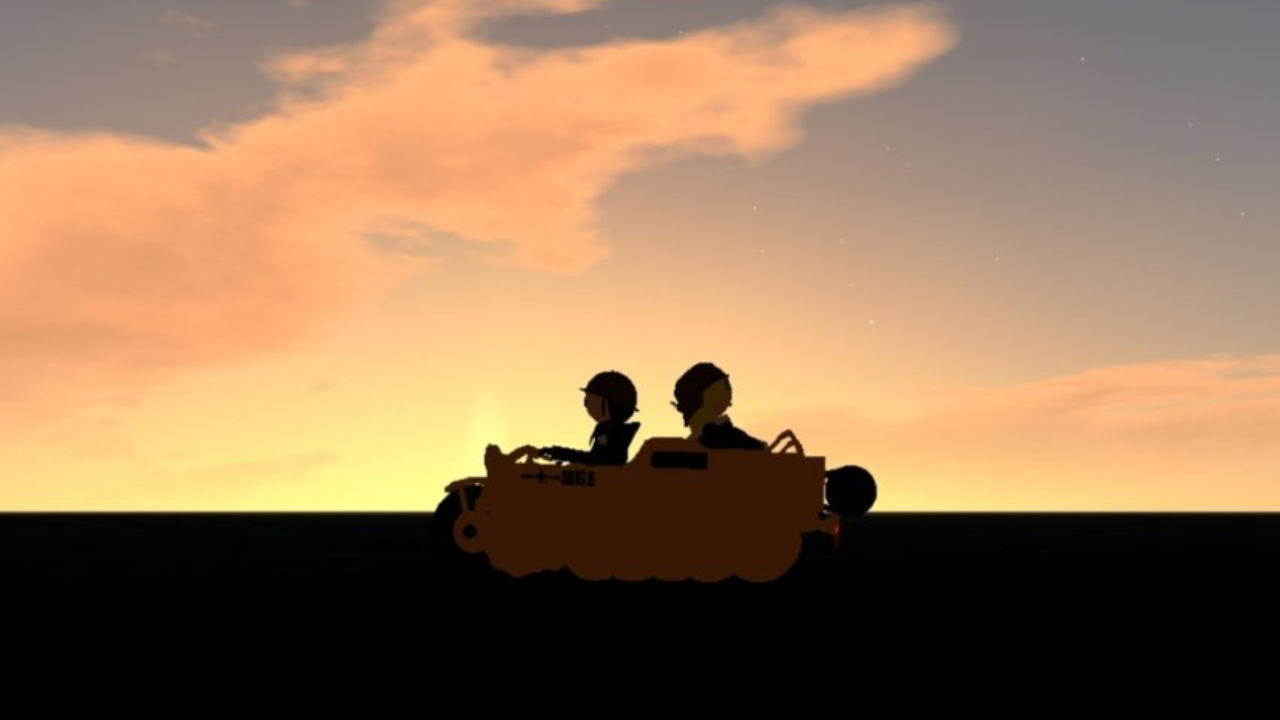 Sonderkraftfahrzeug 2 is a half-track motorcycle with a single front wheel, better known as the Kleines Kettenkraftrad HK 101 or Kettenkrad for short.

The Kettenkrad started its life as a light tractor for airborne troops. The vehicle was designed to be delivered by Junkers Ju 52 aircraft, though not by parachute. The vehicle had the advantage of being the only gun tractor small enough to fit inside the hold of the Ju 52, and was the lightest mass-produced German military vehicle to use the complex Schachtellaufwerk overlapped and interleaved road wheels used on almost all German military half-tracked vehicles of World War II. -Wikipedia

Next Will Be Breakdown Train. 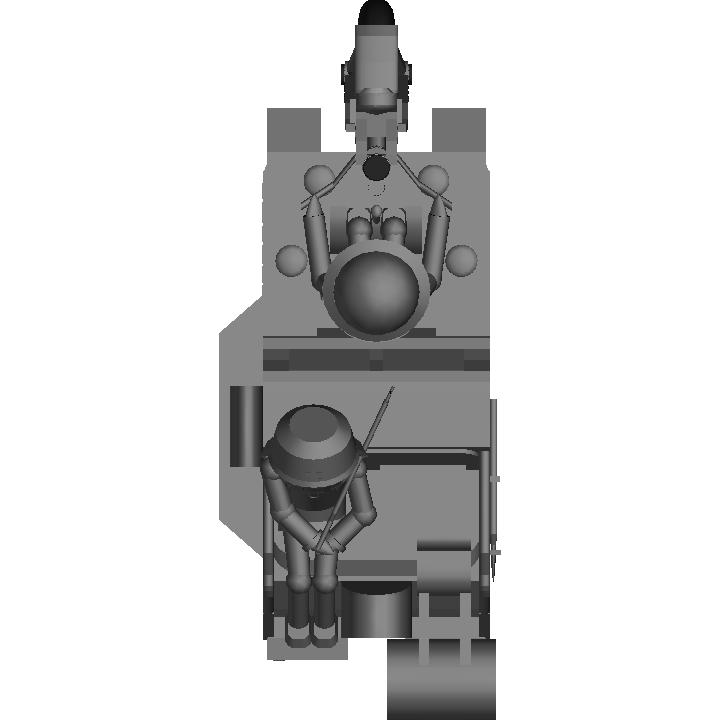 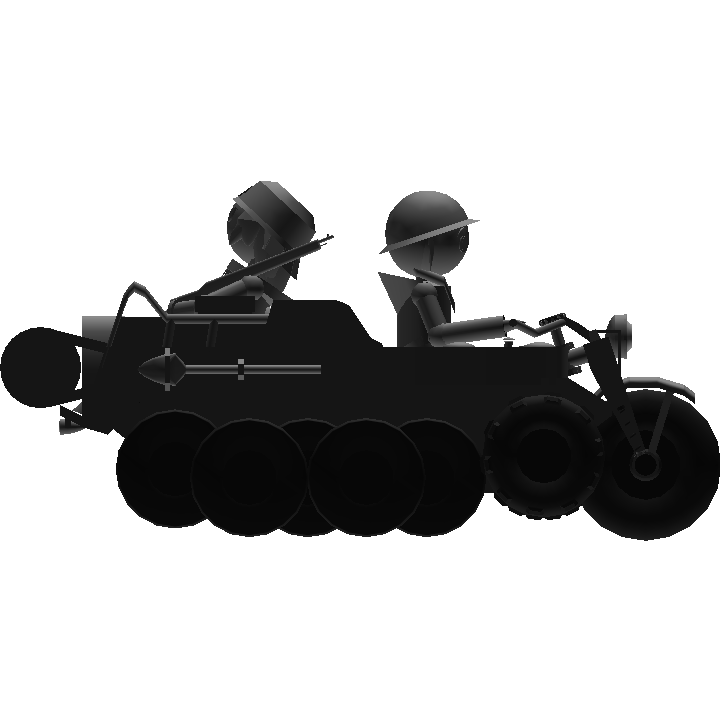 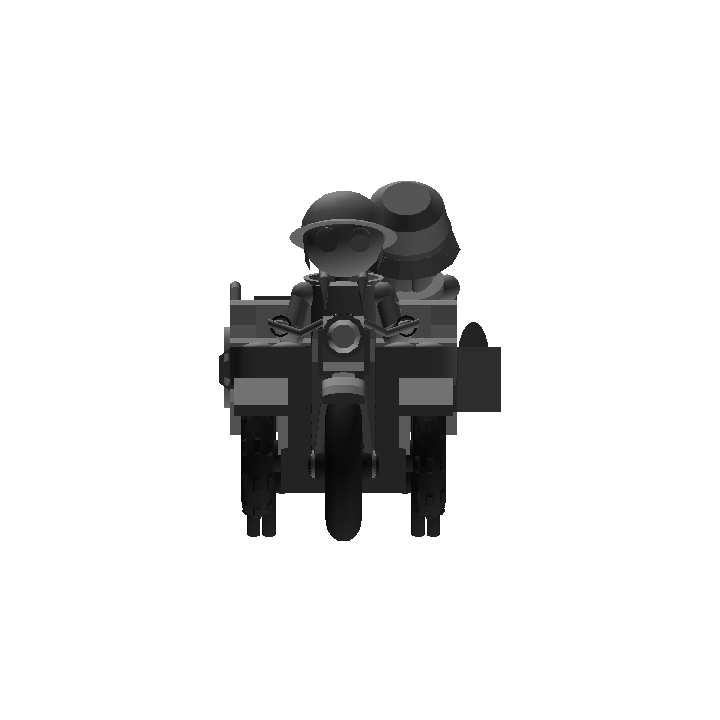