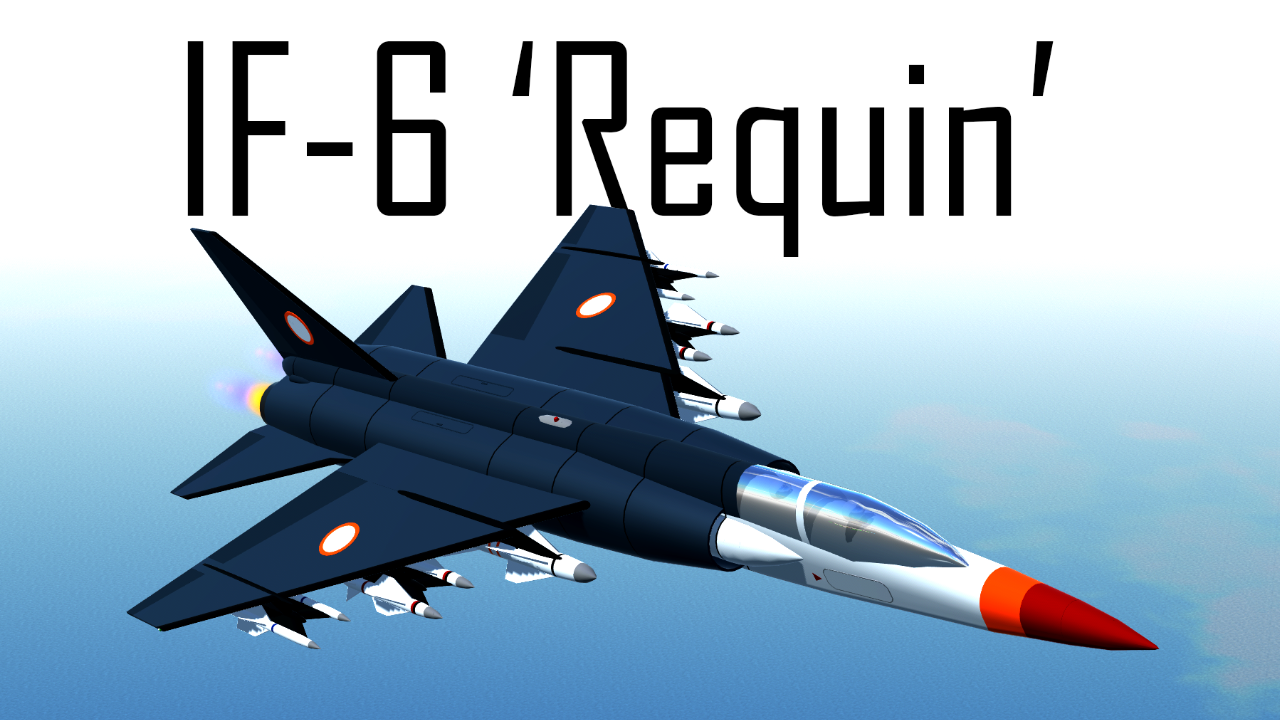 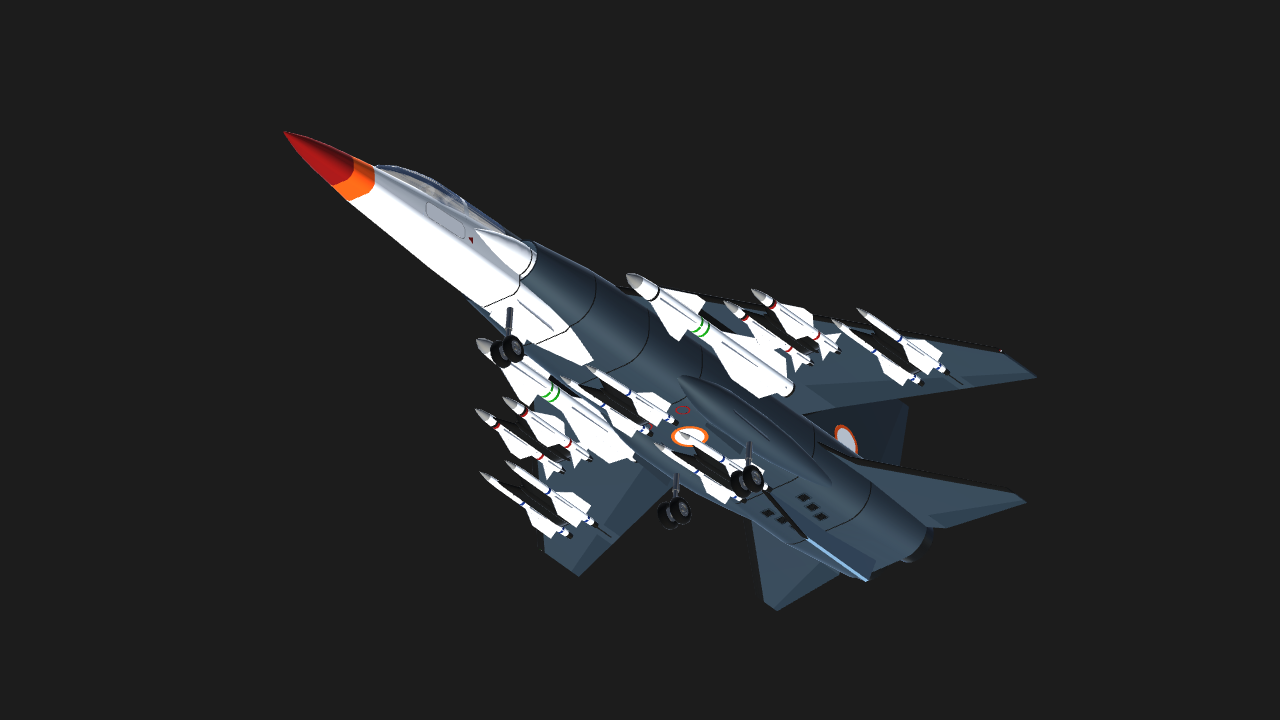 An updated version is available here.

The IF-6 'Requin' is a 4th generation jet interceptor built by the Eastern Federation. Designed from the ground up to be a missile-only aircraft, it features a multitude of extremely powerful missiles. The airframe is capable of super cruising, with afterburners engaged it will approach Mach 2 at an altitude of 10000 meters. Compared to rival fighters, such as the 022H-ASF “Donderslag V”, the IF-6 is rather heavy. Moving 27 metric tonnes around through rolls and turns is not an easy task, yet the IF-6 can entangle itself in dogfights with relative ease.

I built the IF-6 so it would handle like what I would expect of an aircraft with this size, weight an thrust. I’d love some feedback on how the flying feels to you!

Besides the standard short and medium range missiles, the IF-6 carries a special set of AAM's: the R-441 LR 'Vulkan'.
These 'Vulkan' missiles are designed for long range engagements, as they have a range of almost 70km. To guide the R-441 the IF-6 is equiped with not only a powerfull radar, but also a set of lazer guiding modules. As ‘Vulkan’ missiles are semi-radar guided, they require a constant lock on the target. These lazer modules help maintaining a target lock-on, allowing the Vulkan to be relatively effective against enemy aircraft with countermeasures. 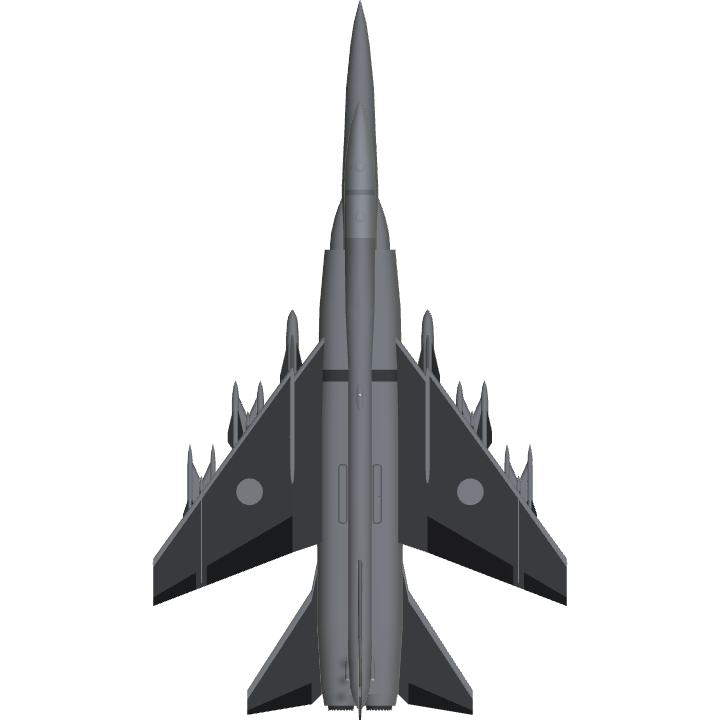 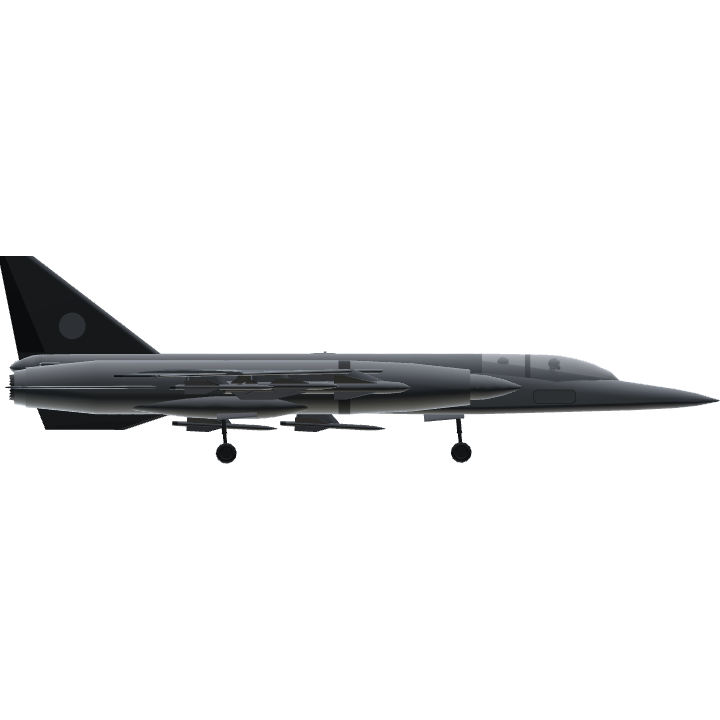 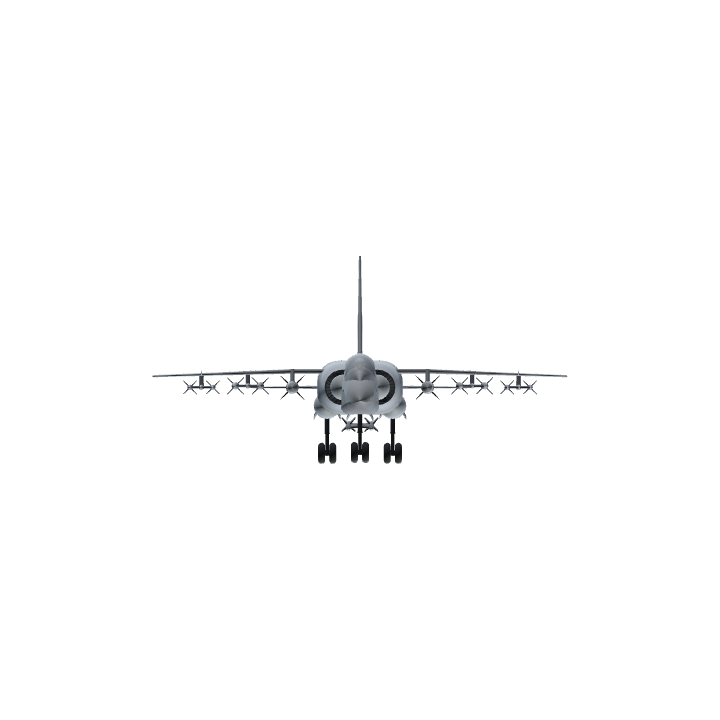