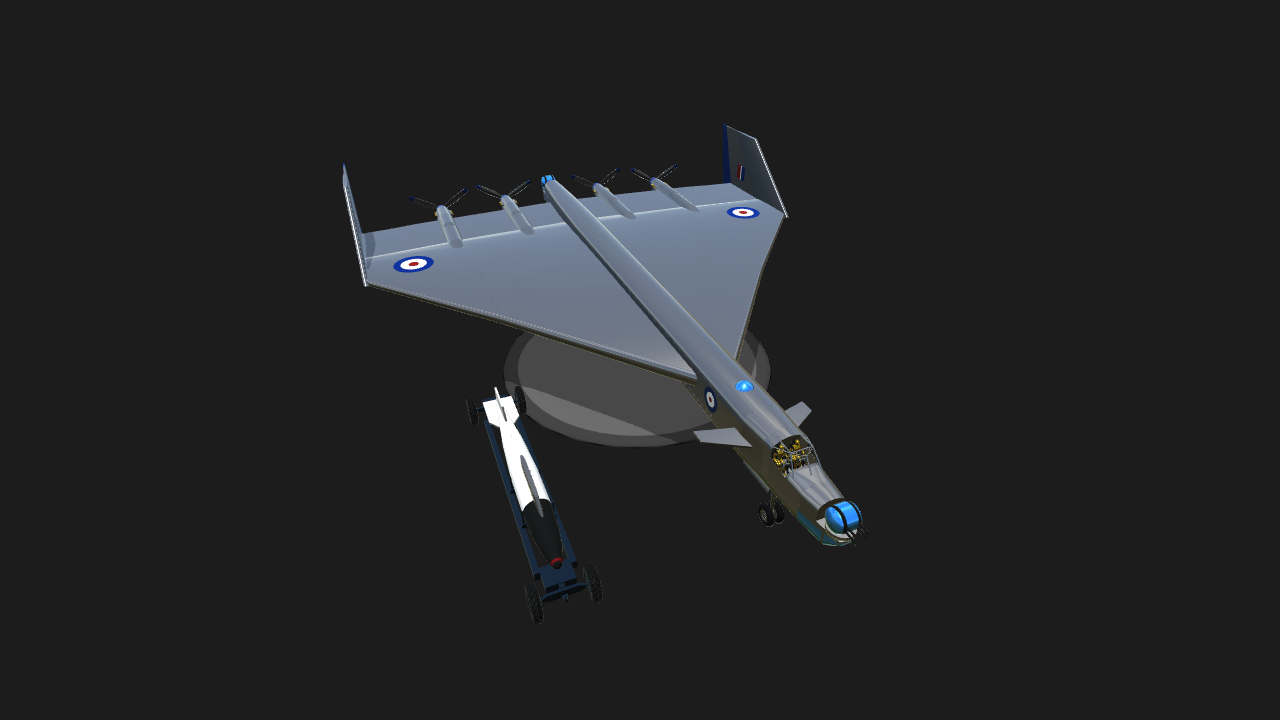 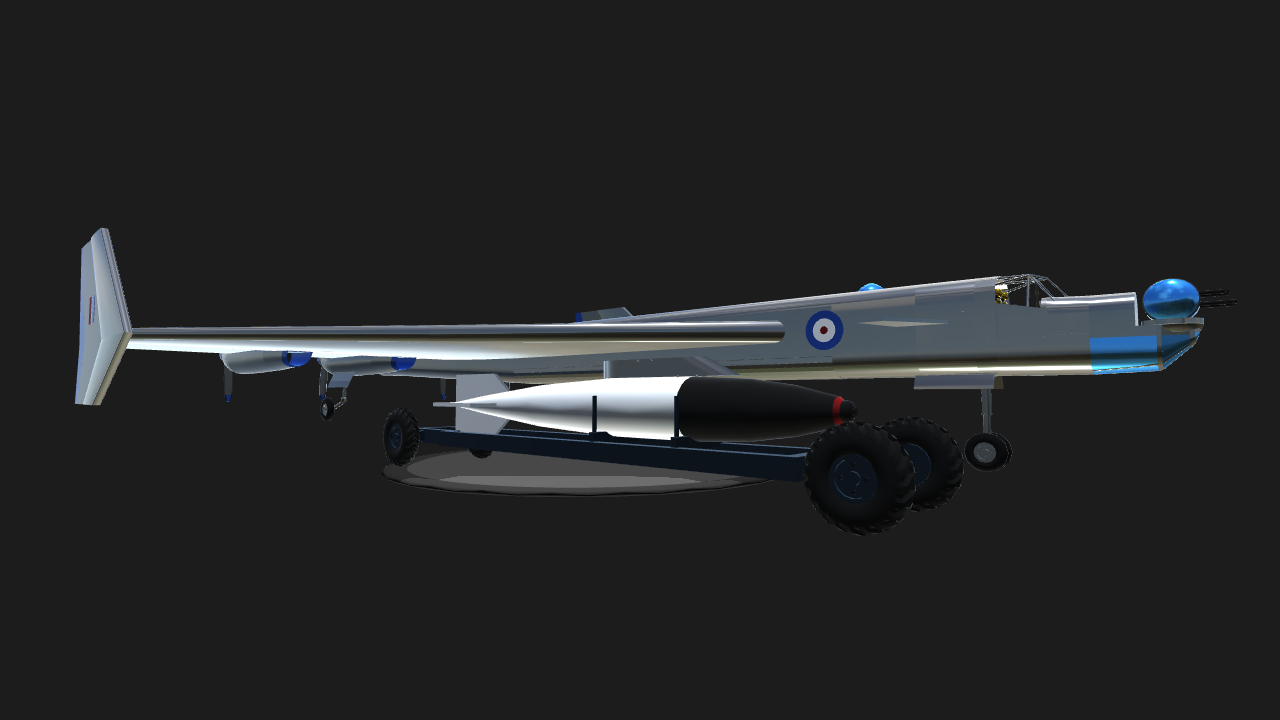 Loaded Currently with 12,000 lbs of bombs but with the removal of those, it can carry Barnes Wallis's Tallboy bomb. I have provided the Tallboy on a trailer if you wish to install.

Information:
The Vindictive was a late 1944 High Speed Heavy Bomber. It was Britain's New revolutionary bomber to fight along with the B-29. The Vindictive’s lack of protection from enemy aircraft compared to the B-29 was made up for in its superior speed. It has a cruising speed of 420 mph at around 16,000 ft and a 3,000 mile range making it a very capable heavy bomber to take over for some of the Lancaster missions. Its normal load out of 12,000 lbs of bombs makes it perfect for carpet bombing and Tallboy missions. The Vindictive paved the way for Britain’s V-Force Bombers in the 1950s. 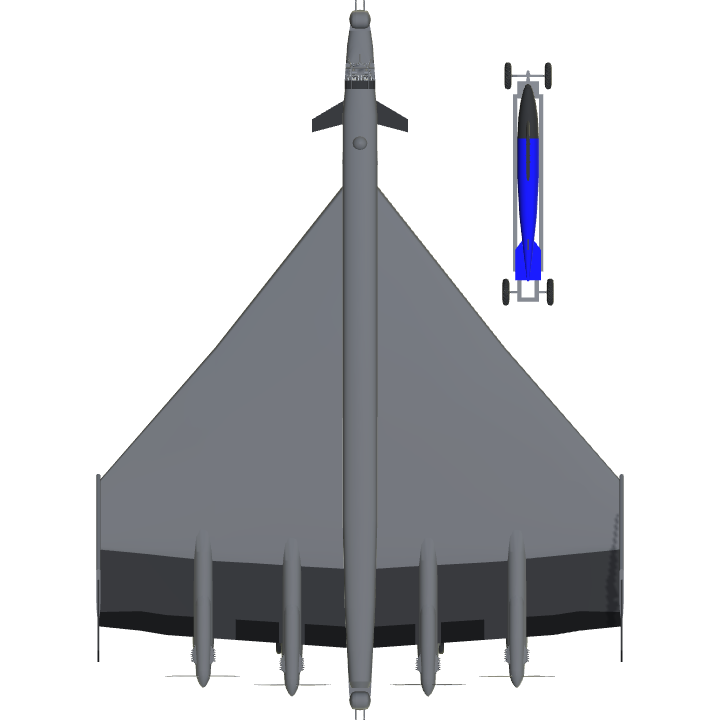 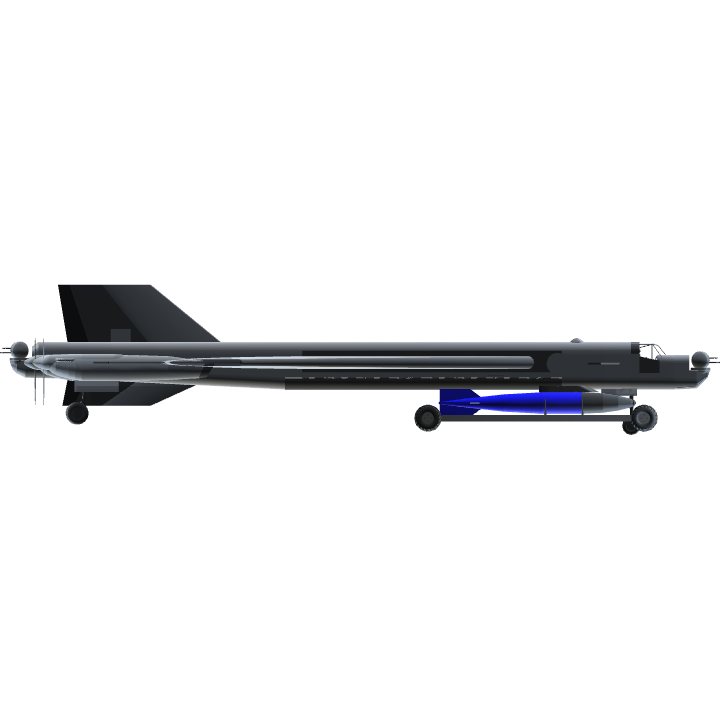