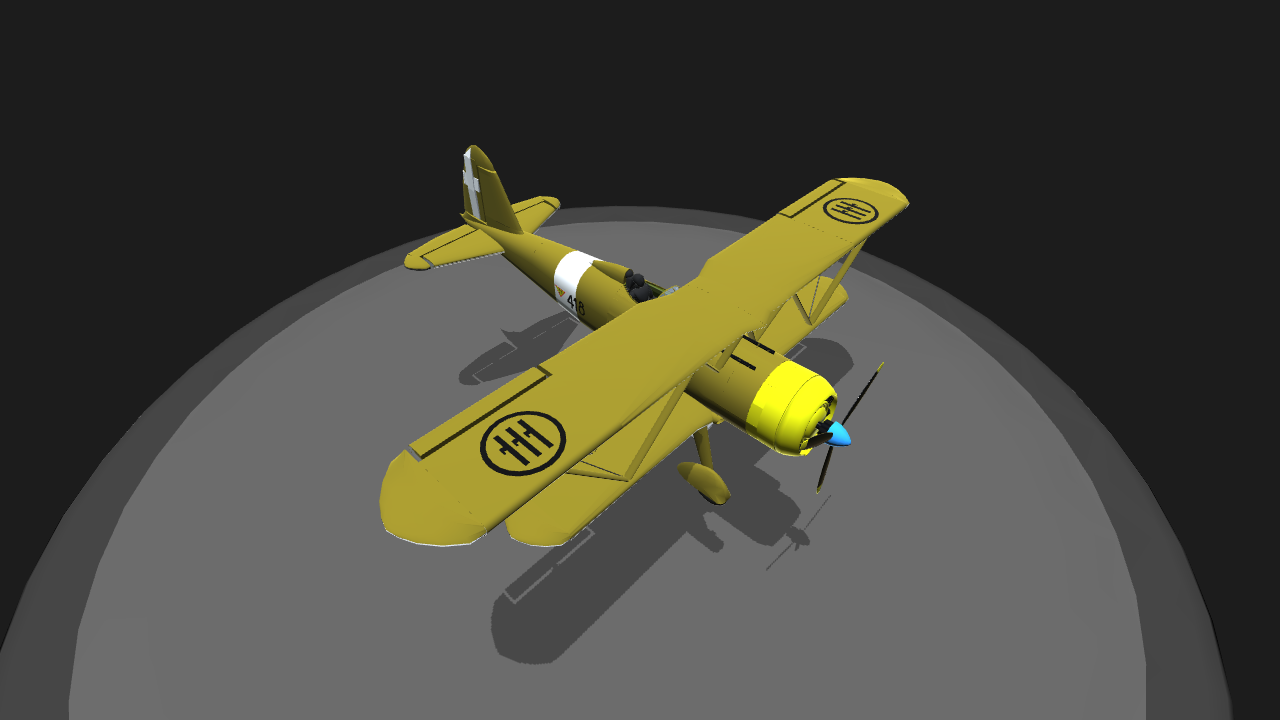 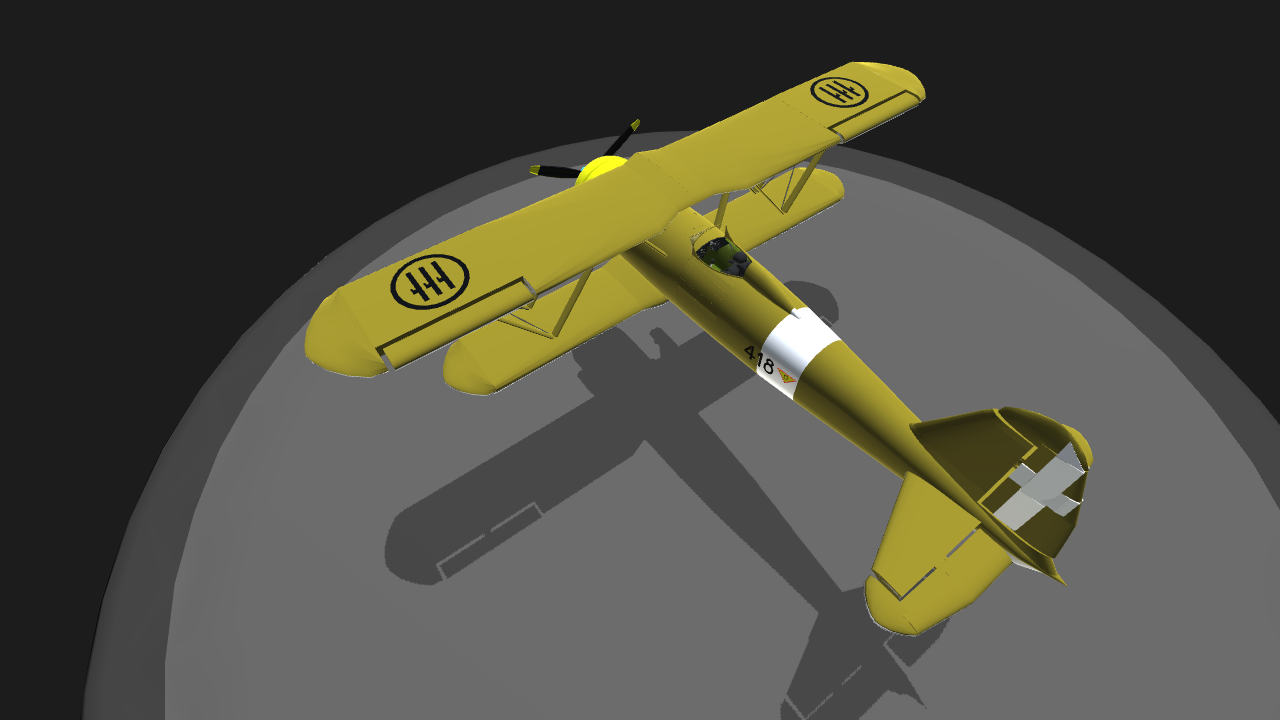 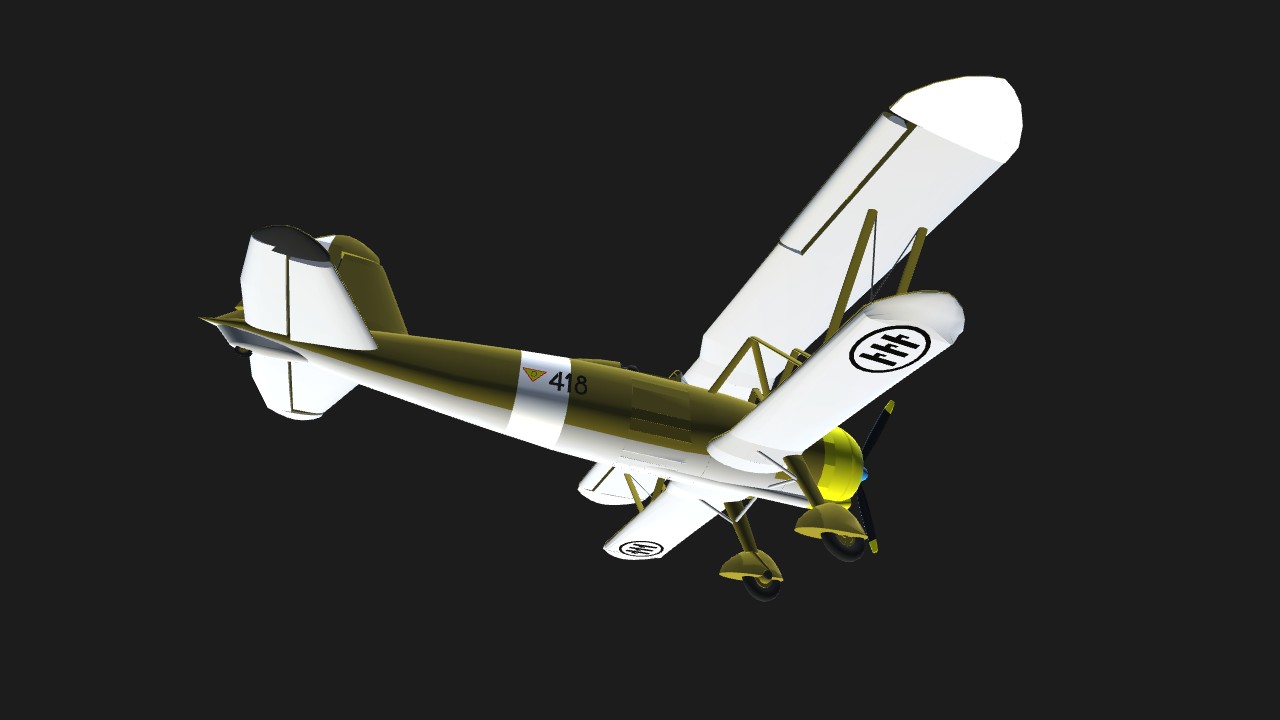 Added 136 part total. The internal parts are now modelled, the glass is the new 1.10 one and there are marks on fuselage. A big rework for all the center part for a new and more realistic experience.

The symbols depicted on this plane are only for historical reproduction, and do not involve any support for ideologies of the past.

The model is very simple to fly. There are only the basic commands. No AG activates something.

Take-off is elementary. Give it full throttle and after the tail has risen and the model has taken speed, pull up.

Landing is also simple. The braking is not very powerful (even in the original) so consider that it is not exactly a bush plane, and after touching the track there will be a bit of taxiing to stop. Nothing incredible, however.

Good. The model is fairly faithful and the flight credible (a few tens of miles more speed, but nothing incredible). To get a credible flight I had to remove the DRAG almost anywhere and concentrate it in massive quantities only at certain points to achieve an almost realistic drop in speed when the engine is turned off or down.

Yes, I know it's unbelievable, but this plane was flying in the second world war when the first jets were already making their appearance, and it fought against more advanced aircraft than generations. Yet the Italian pilots, within the limits of the unattainable numerical disparity, made some victories. The British feared this biplane, and if they could not engage it. "Think of aiming your weapons at an easy target, and before you understand what's going on, you've got him in line and he's shooting you."

It was the most produced Italian aircraft in the second world war (and to reach this record only 1800 pieces were needed. Italy did not have the strength to make large numbers)

The Fiat CR.42 Falco (hawk in english) holds the record of the last victory carried out by a biplane ... and it was 1945! 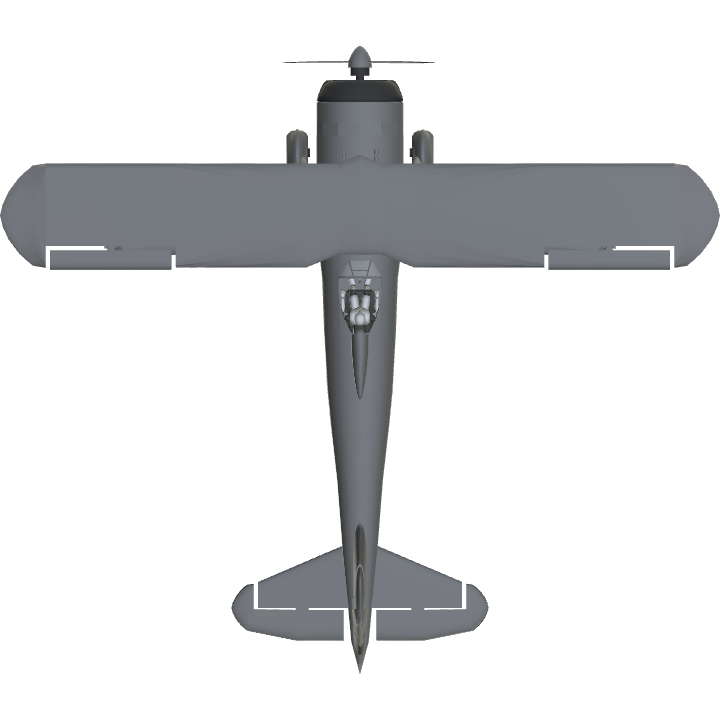 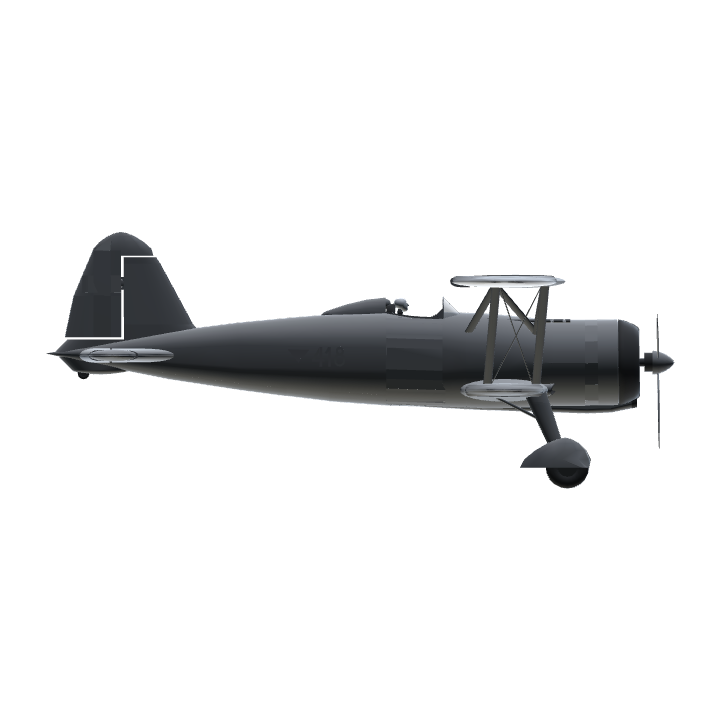 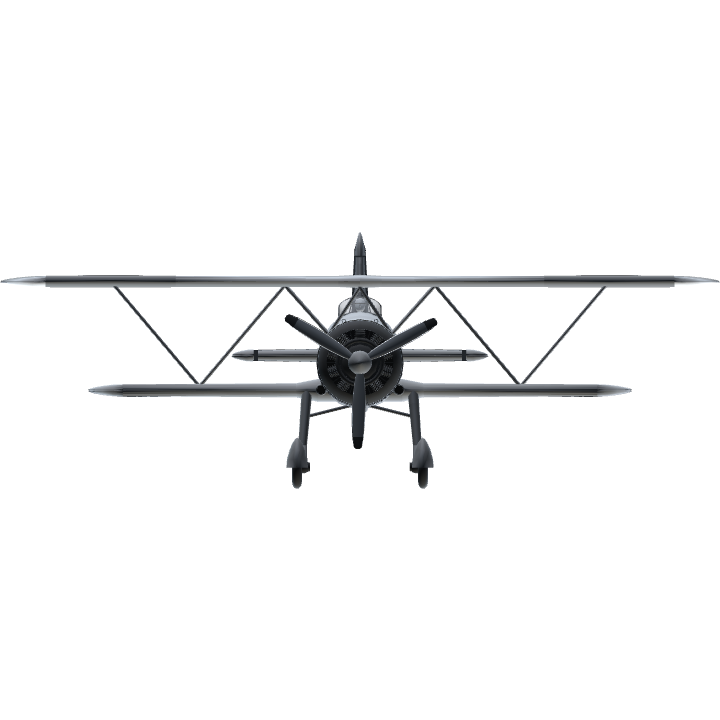