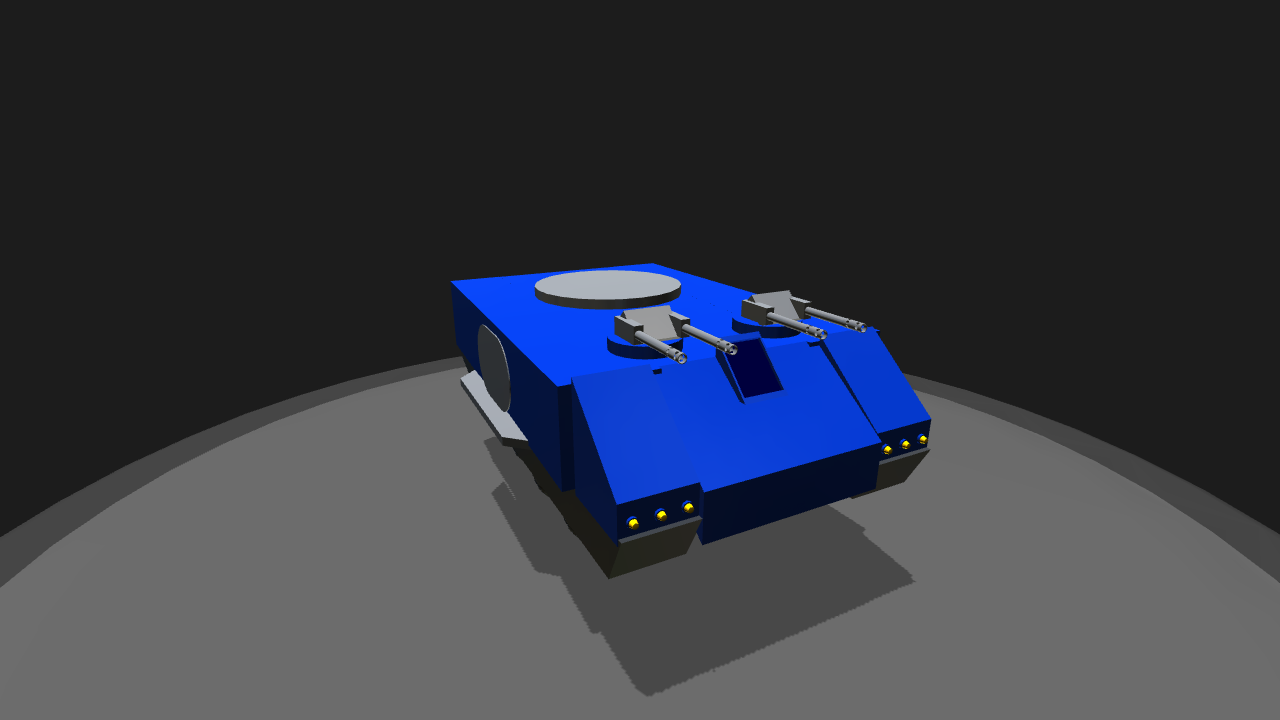 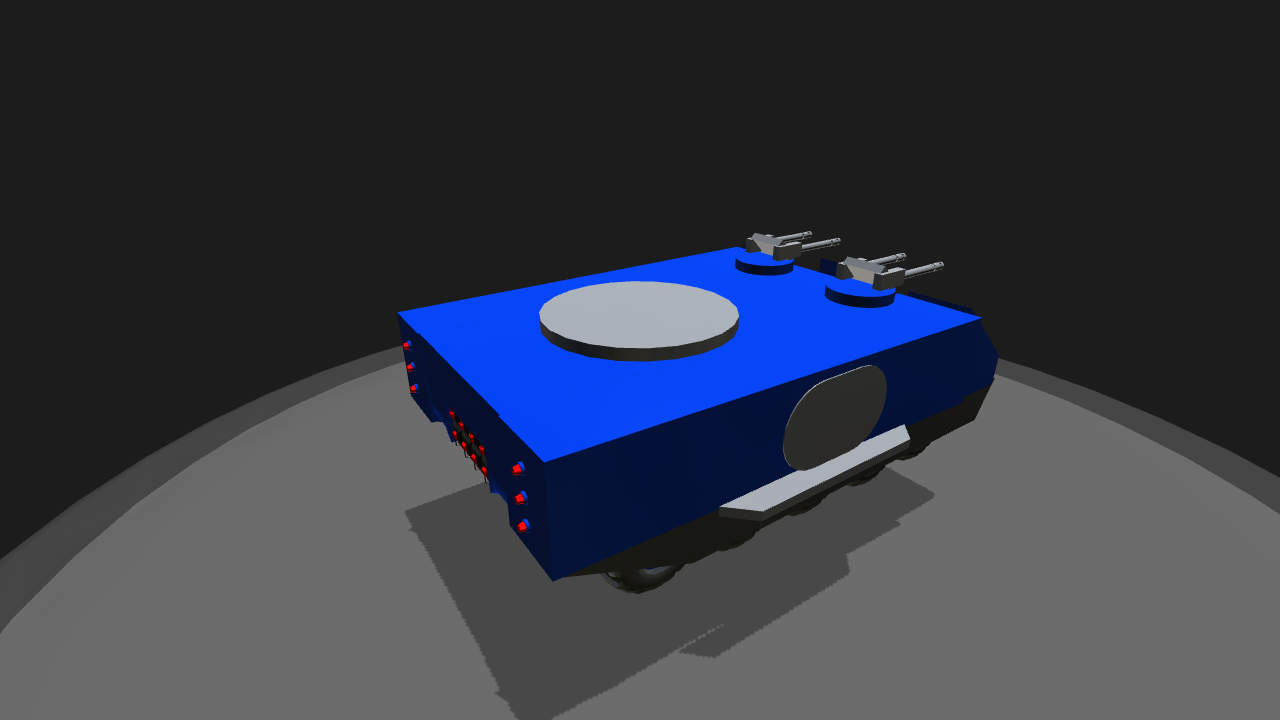 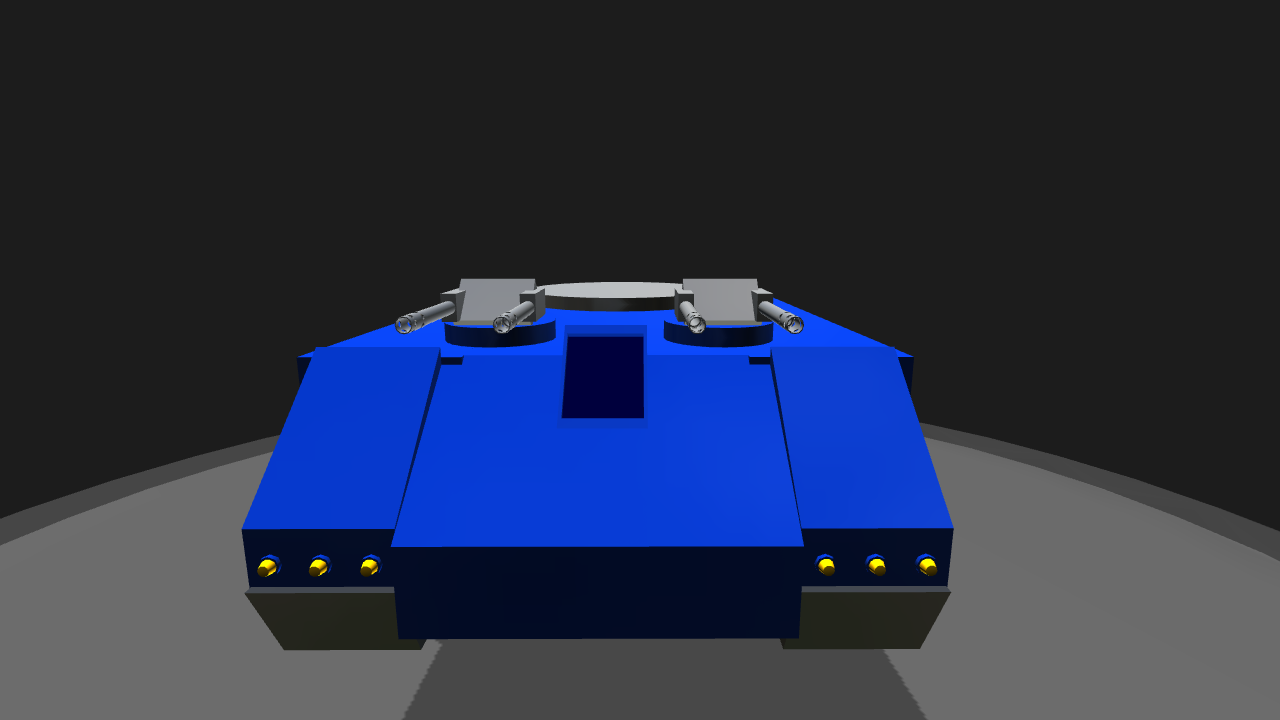 A Rhino tank, painted in the livery of the Ultramarines. It features two stubber turrets, as well as a large turret hardpoint in the rear.

This was a pretty basic build, but at the same time I feel like it keeps the boxy look of the Rhino tank pretty well. Based on the original model from Games Workshop 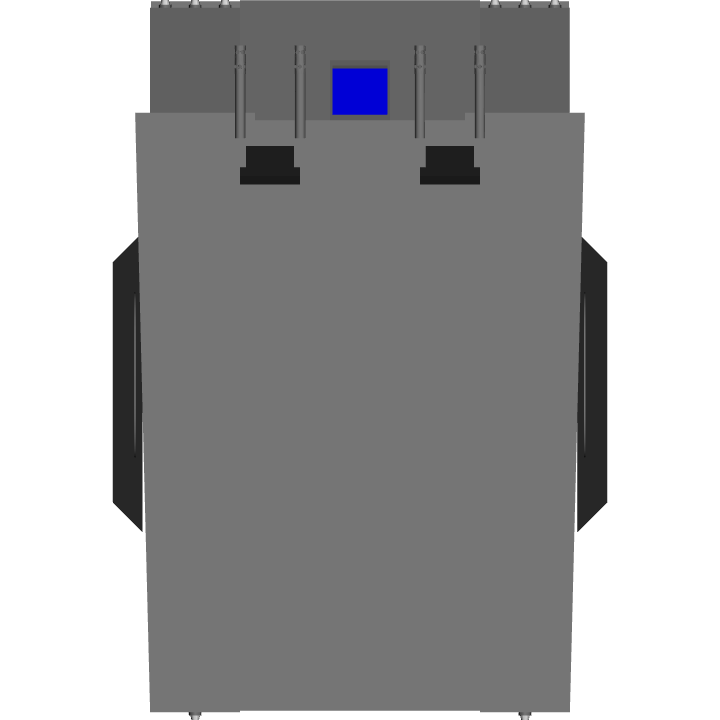 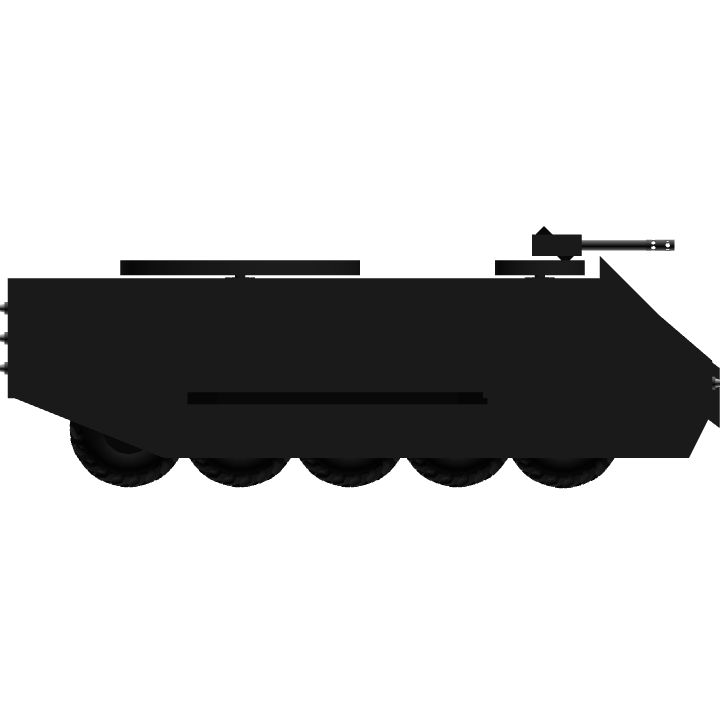 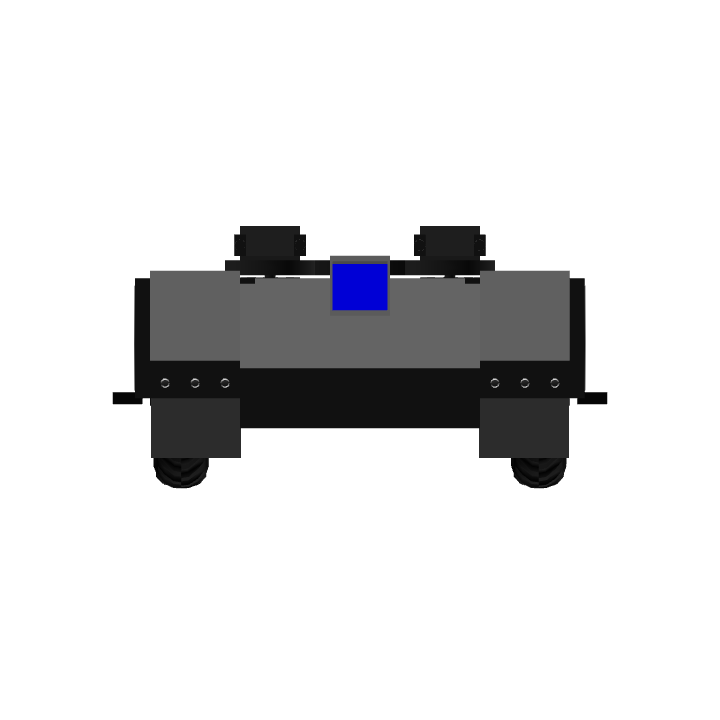