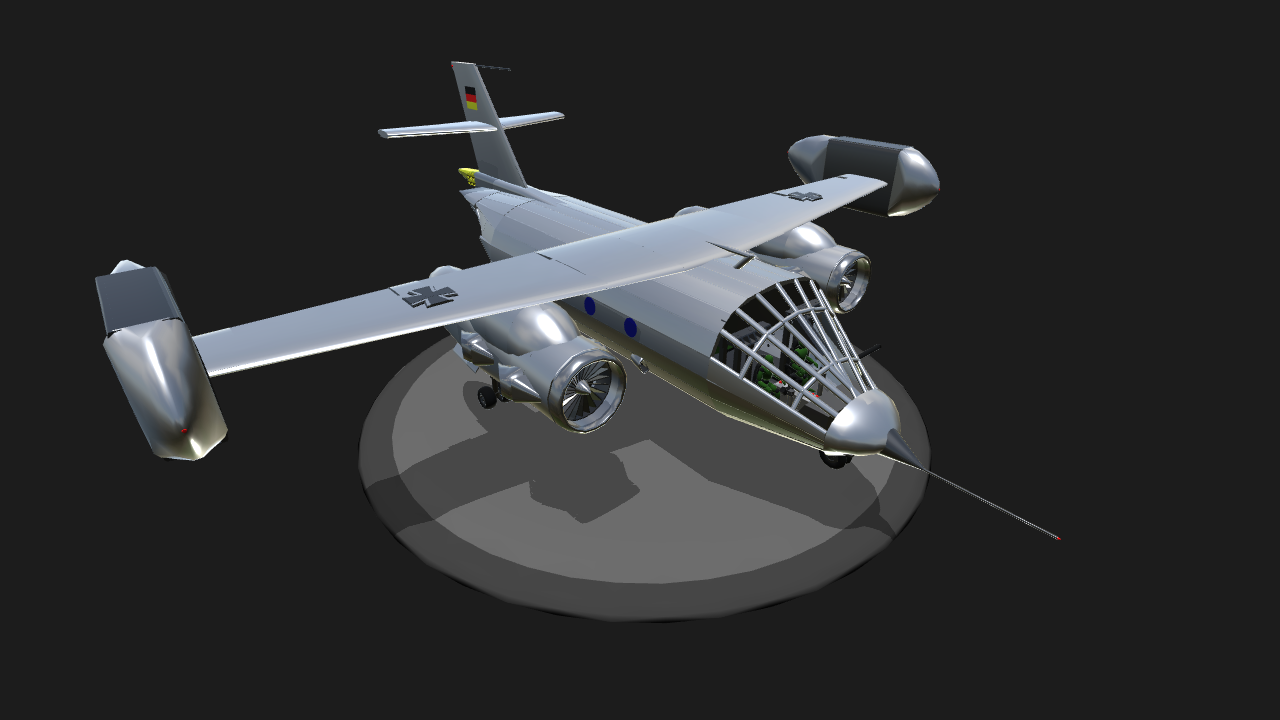 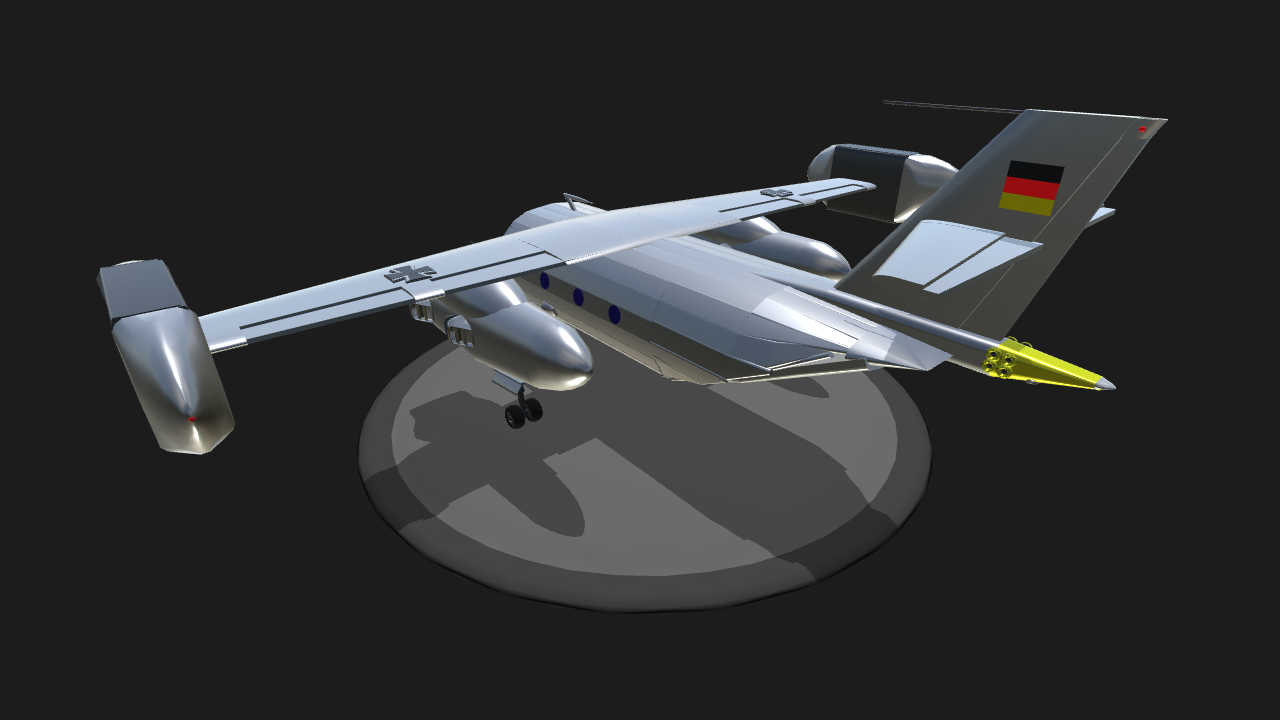 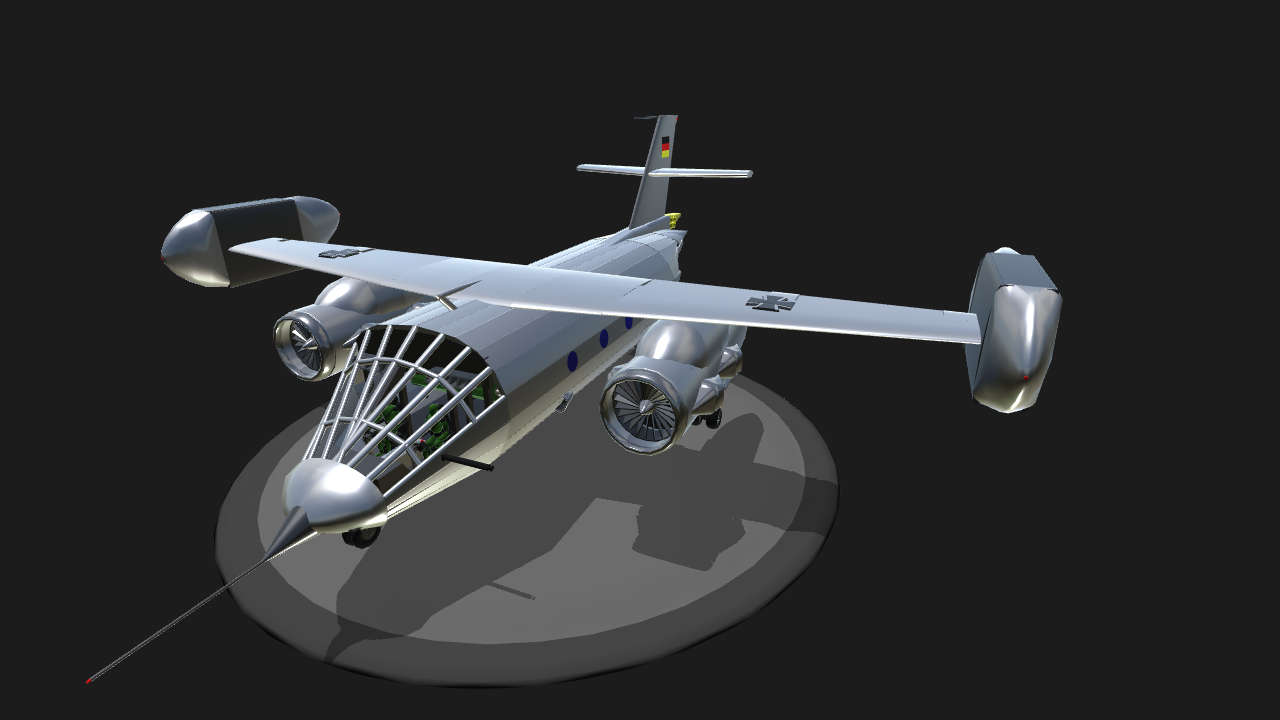 Dornier Do 31 E3 with TPz 1 Fuchs in cargo bay.
Now the controls:
-8- activate Thrust vectoring nozzle and VTOL engines and controle the plane . -1- activate main engines activation for horizontal flight.
-2- activate lift engines (need for Vertical Take Off and Landing) .
-3- Open cargo bay
.-4- to detach TPz 1 Fuchs .
-5- and -6- to rocket launch on TPz 1 Fuchs .
-7- Light ON/OFF .
Instructions:
Dornier Do 31 E3:
For vertical take off and landing you need vtol slide down , activate -8- and -2- group ,after activate main engines(-1-) and vtol slide in the normal position , when the speed increase up to 200mph you can turn off lift engines (-2) .In flight use trim for better stability .In normal take off and landing you can not turn on lift engines .
TPz 1 Fuchs: First you need to open cargo bay (-3- and VTOL down) and to detach TPz 1 Fuchs , For driving on TPz 1 Fuchs use WASD , for swim on TPz 1 Fuchs use AD and Throttle
.NOW WIKI:The Dornier Do 31 was a West German experimental VTOL jet transport built by Dornier. The Do 31 was designed to meet a NATO specification (NBMR-4) for a tactical support aircraft for the EWR VJ 101 VTOL strike aircraft designed under the NATO contract of BMR-3.[1] The project was cancelled in 1970 owing to high costs, technical problems and a change of requirement. .Enjoi =)
IG. 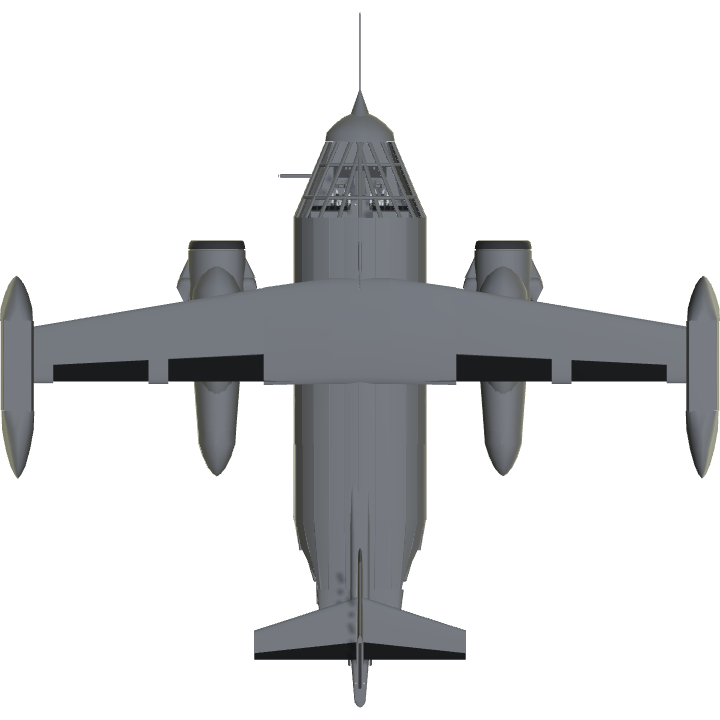 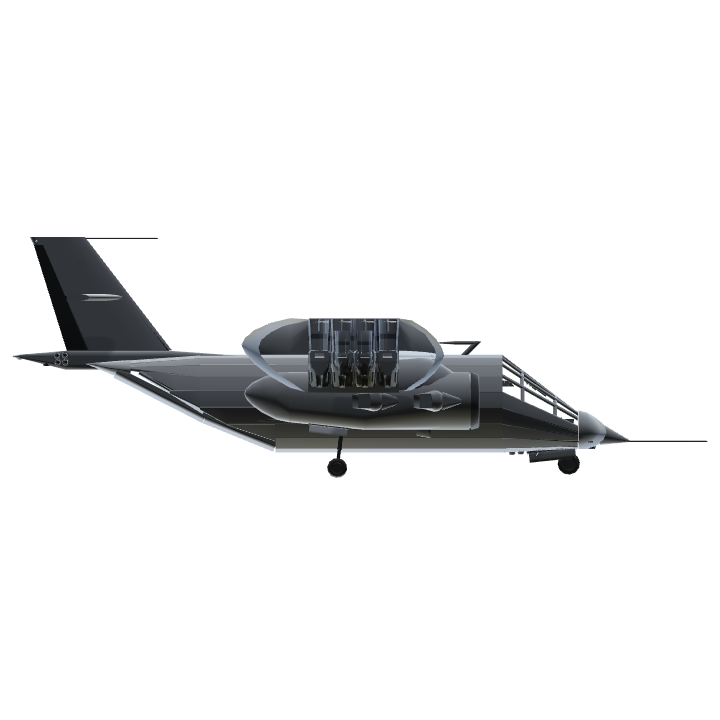 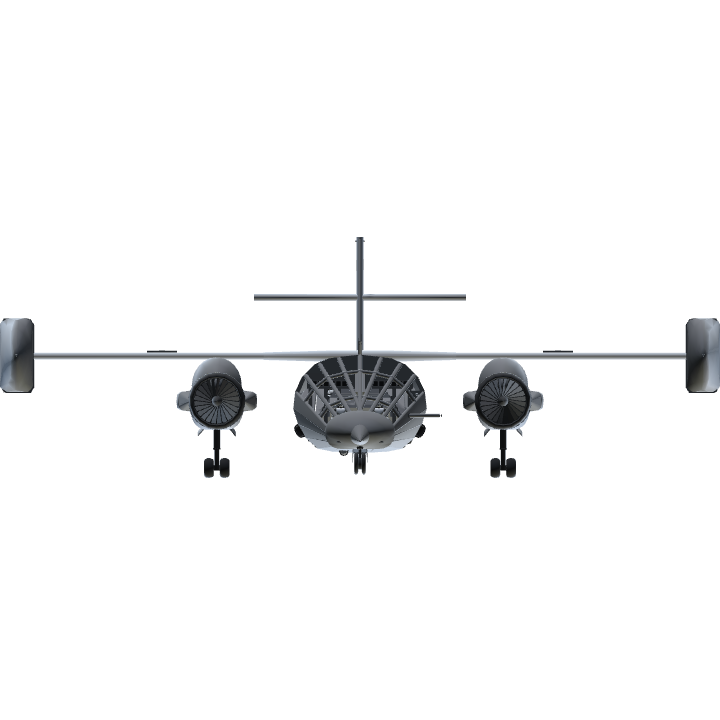