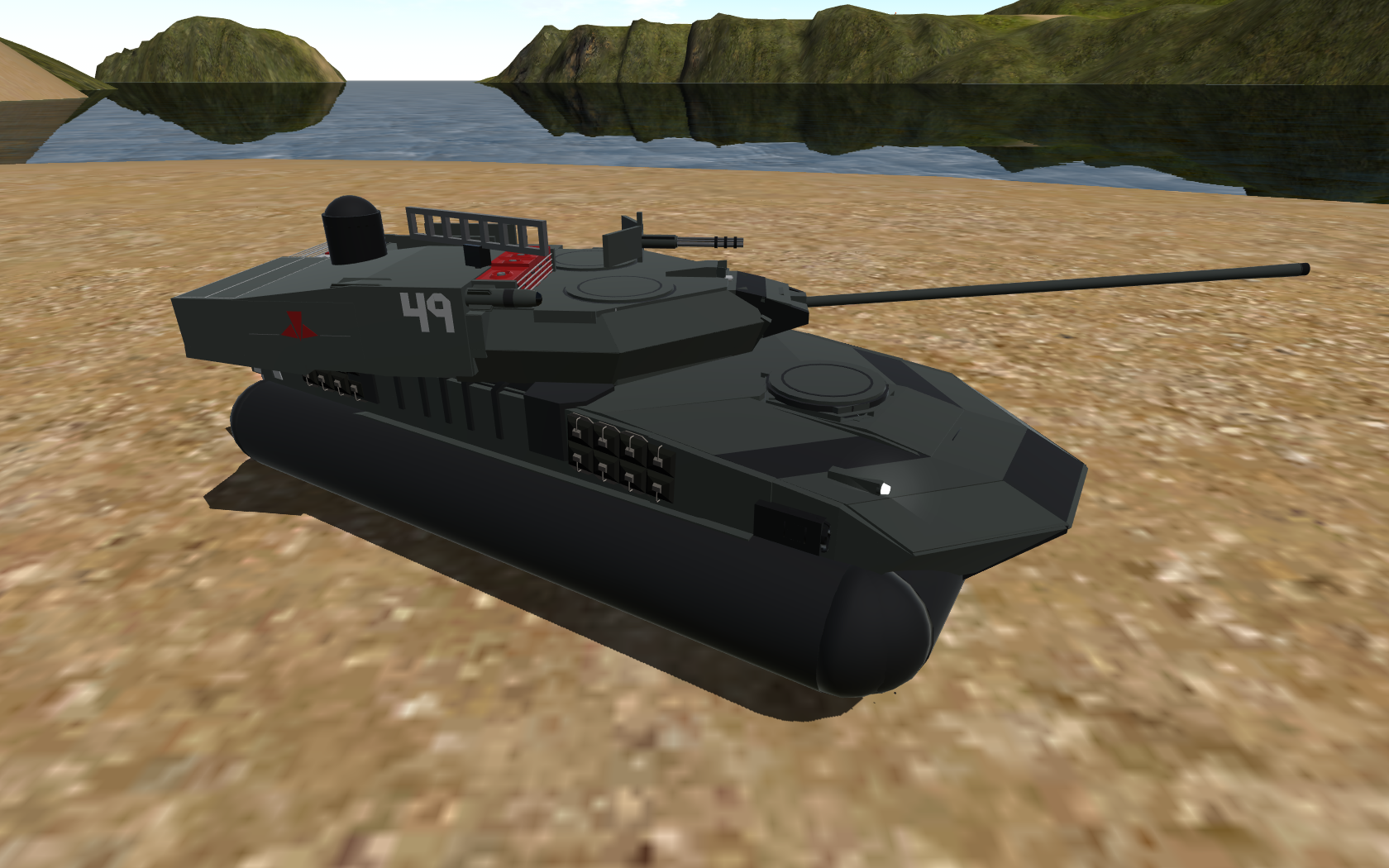 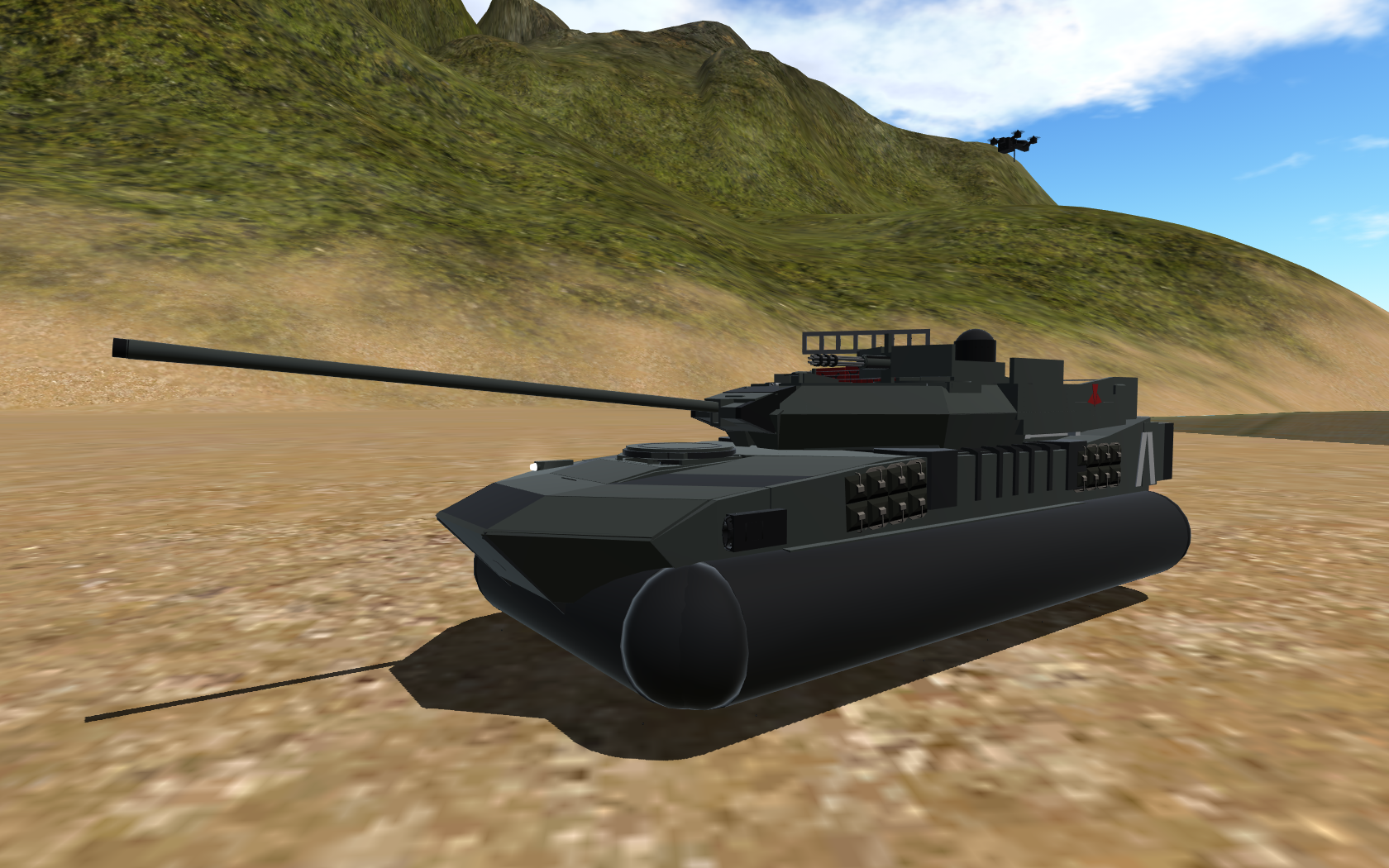 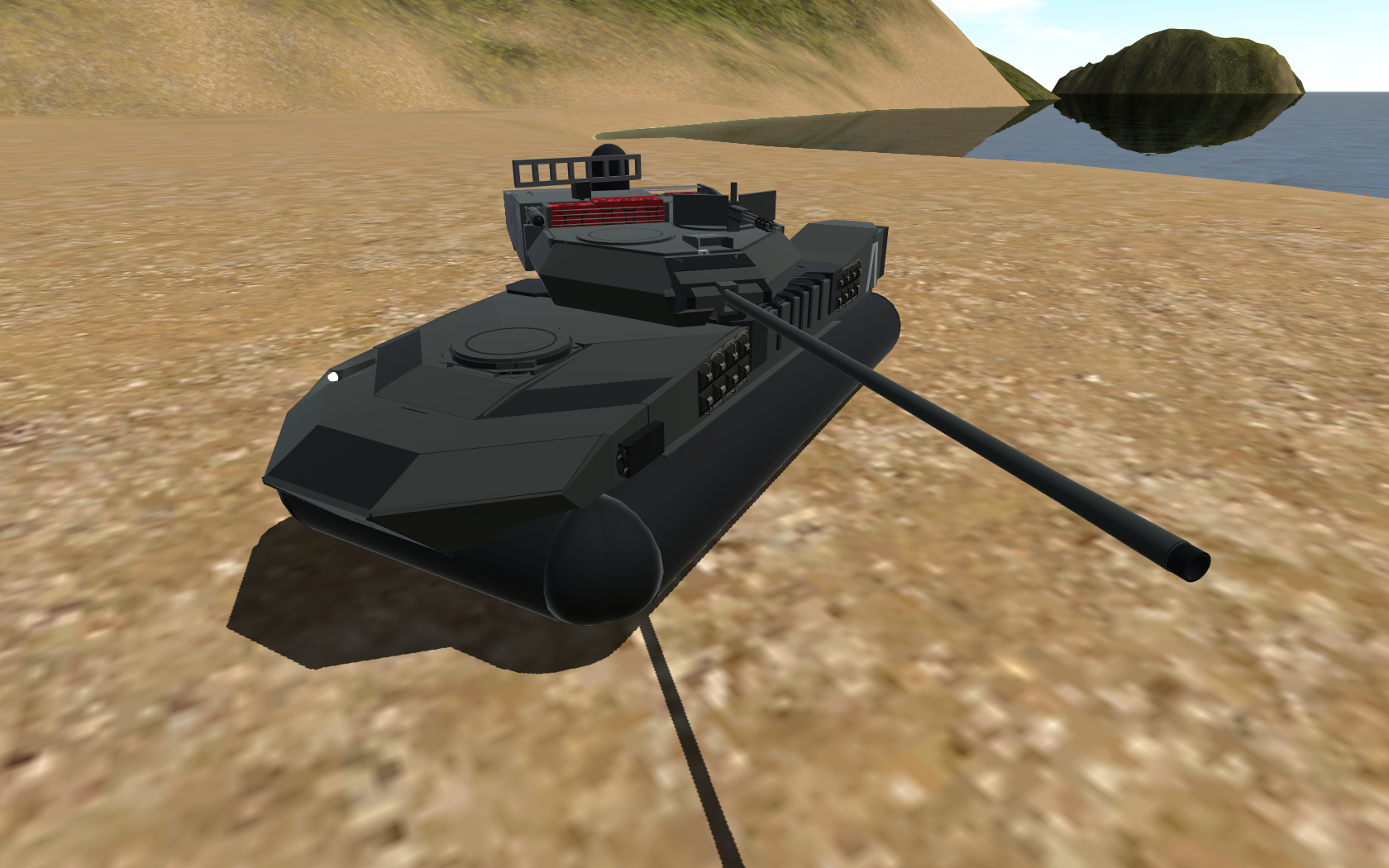 Designed for the Falkan Naval Defense Fleet. The Amphibious Main Battle Tank codenamed Gecko is a prototype Air-Cushion type Hovercraft for use in Anti-tank and Patrol craft Roles.
The Vehicle uses a 120mm Recoilless launcher as it's Primary weapon. with Radar Guided ATGM's and a Light Minigun mounted on top of it's Turret. Requiring a crew of Three, most of the Gecko's systems are AI-assisted for easier use. One of these systems is the Long-Range Naval Radar mounted on the craft.
As well as a Recon UAV fitted in a compartment near the rear of the Turret.
Controls are as follows.

Use AG-1 to enable movement of Turret.
VTOL for rotation,
Trim for Vertical aim of Primary Weapon.
AG-2 enables use of UAV.
Trim to open it's storage compartment.
VTOL to increase altitude.

Keep your Throttle around 60% and use Pitch for Reverse/Turbo
The Brakes are controlled with Brake. Yaw for turning.
Be careful with sudden inclines. as Hovers usually hate those.

--Features--
-Armour plating and Crew positions detailed in X-ray
-Plenty of Weapons and Flares
-Cockpit View is a semi-detailed interior
-All the armor in the world.
-Turbo and decent land stability
-overly large turret
-bumper car if needed. 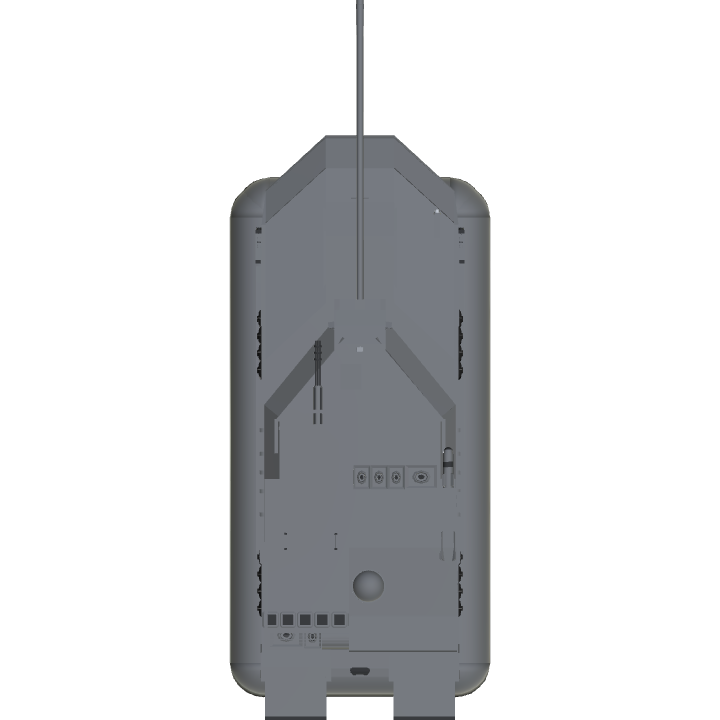 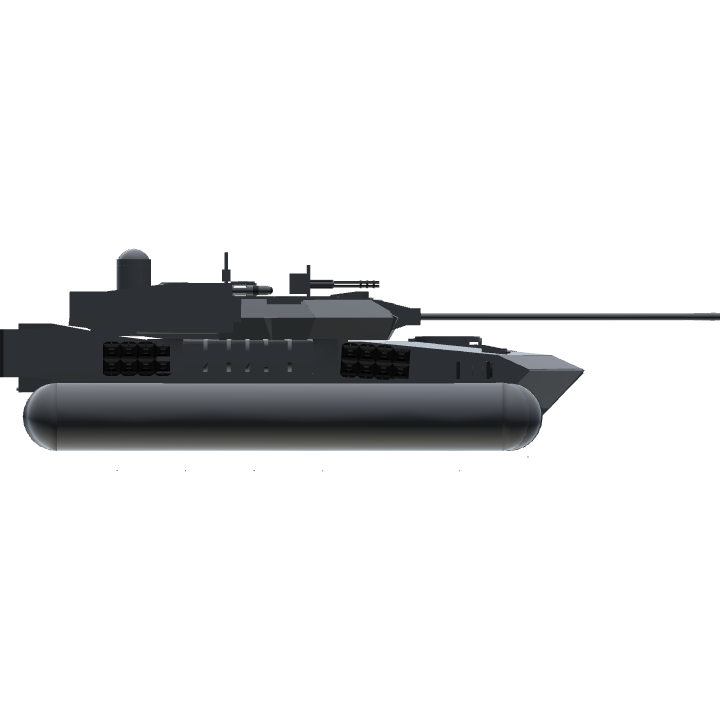 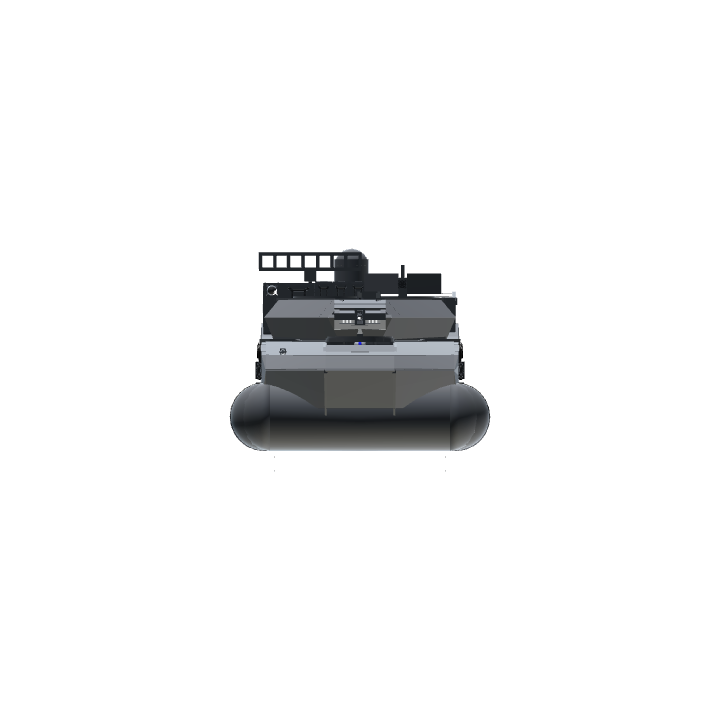