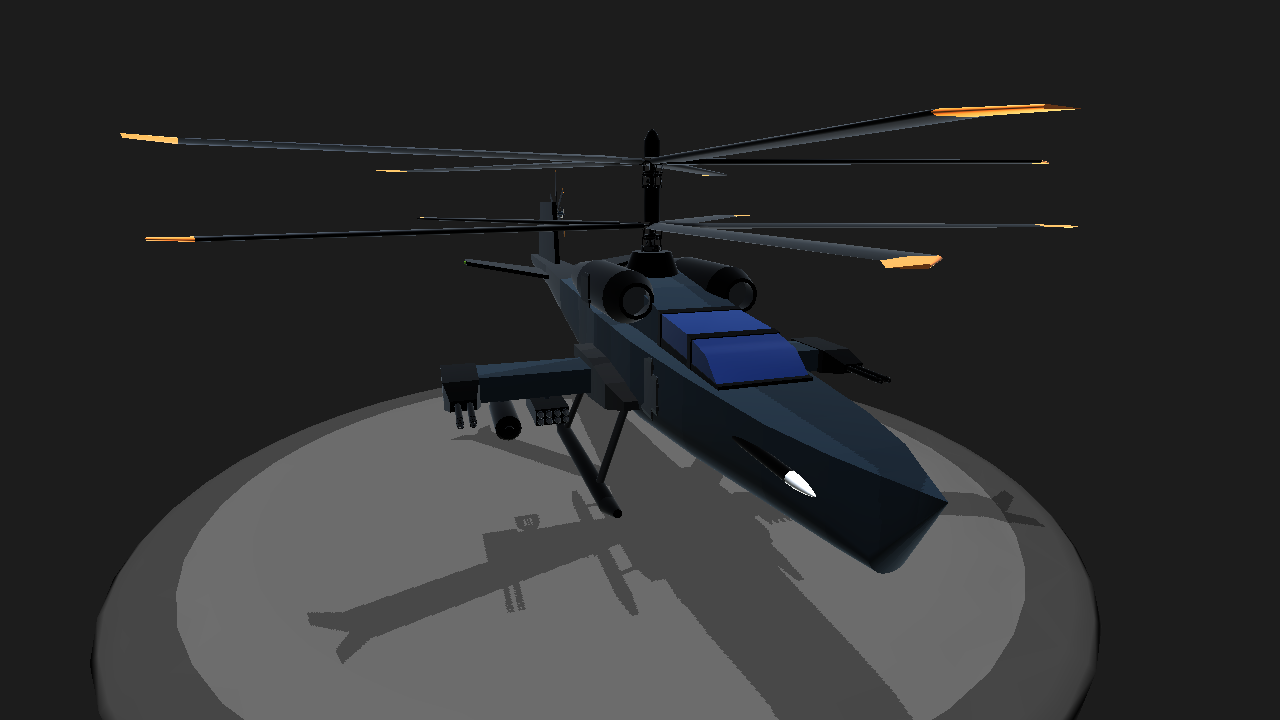 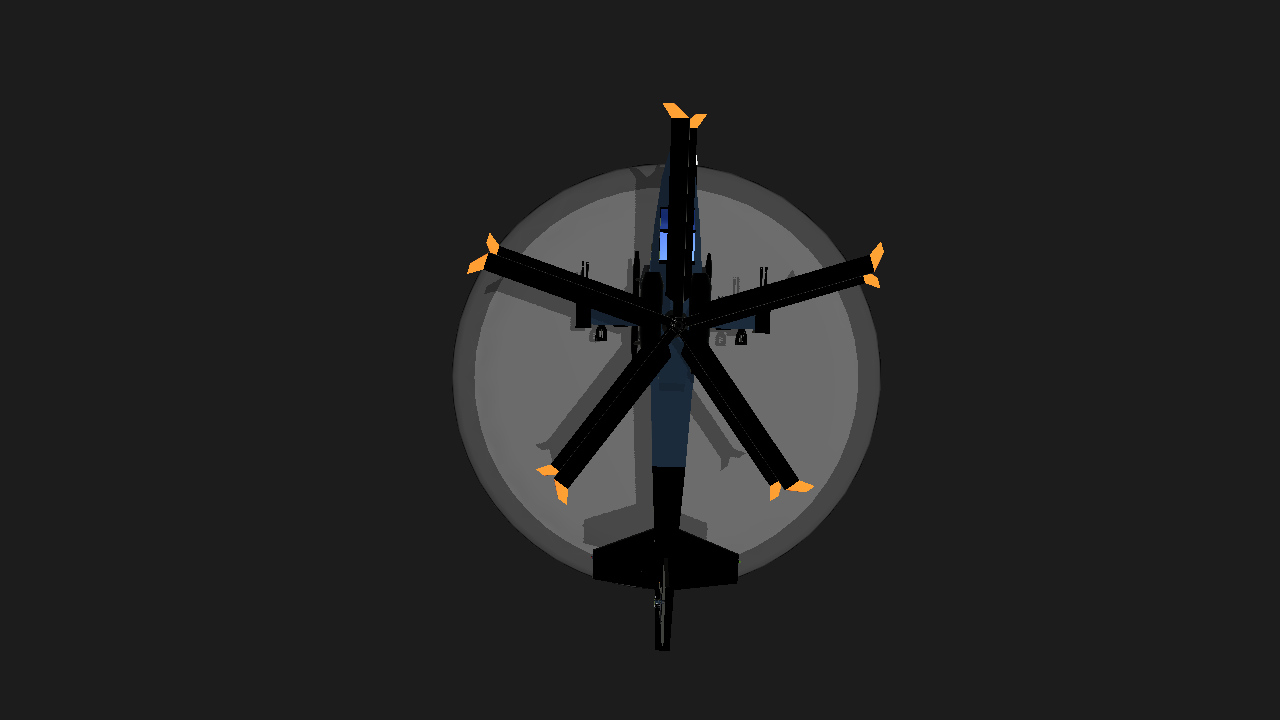 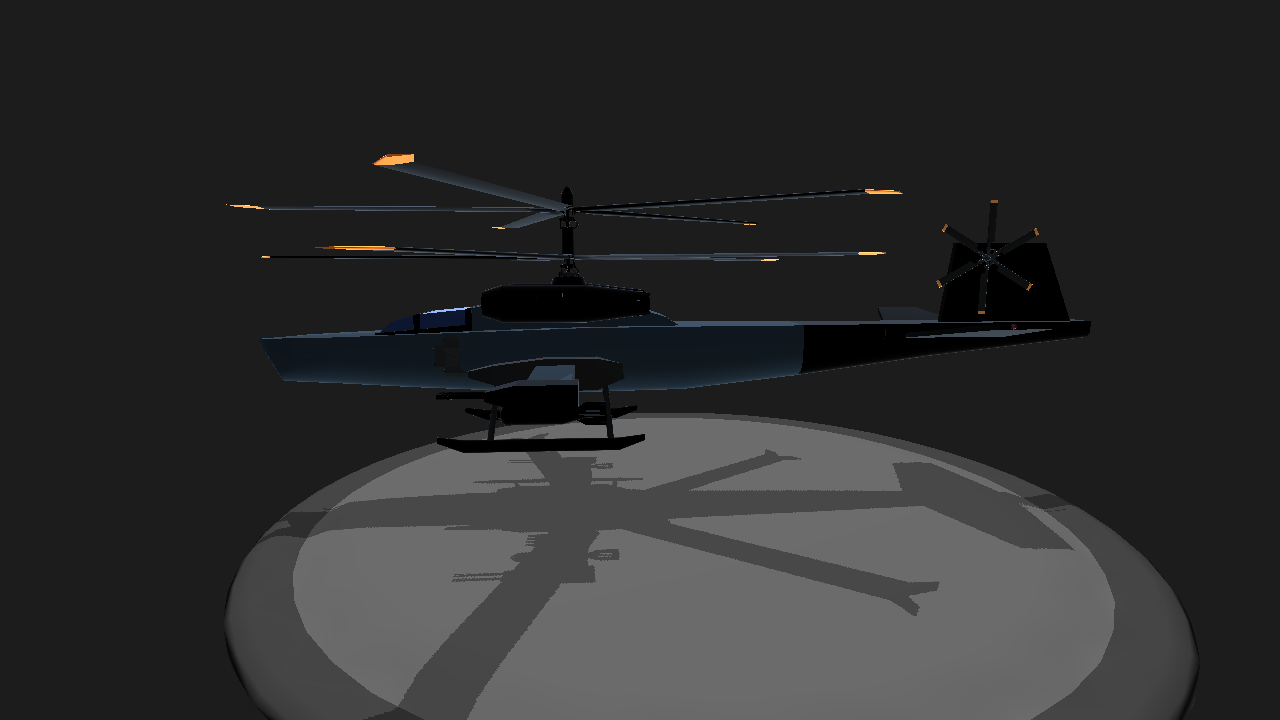 The Praetor Attack Helicopter is a fast double rotor attack chopper, usually assisting ground forces, its combat capabilities are deadly, it can carry bombs to missiles and rockets. Its roles can be reconnaissance, ground support, and if its armaments are swapped out, it can take out tanks. Maximum speed (with jets on) 410 MPH

Controls:
VTOL up or down to acend or decend
A1 and A2 controls the up and down rotation of the rockets and machineguns
A3 Activates engines and brakes, Trim up to accelerate Trim down to use brakes and turn off engine to decelerate
Throttle to use the double rotors
Pitch to lean forward to move, or move back to land or decelerate
Roll to tilt left and right
Yaw to turn left and right

It you match VTOL and Trim (jet engines) together well you can cruise at high speeds in the air.

Roar in the skies, rain hale on the enemy below, be fast and nimble enough to sweep the enemy forces off their feet, and secure major positions with precision. 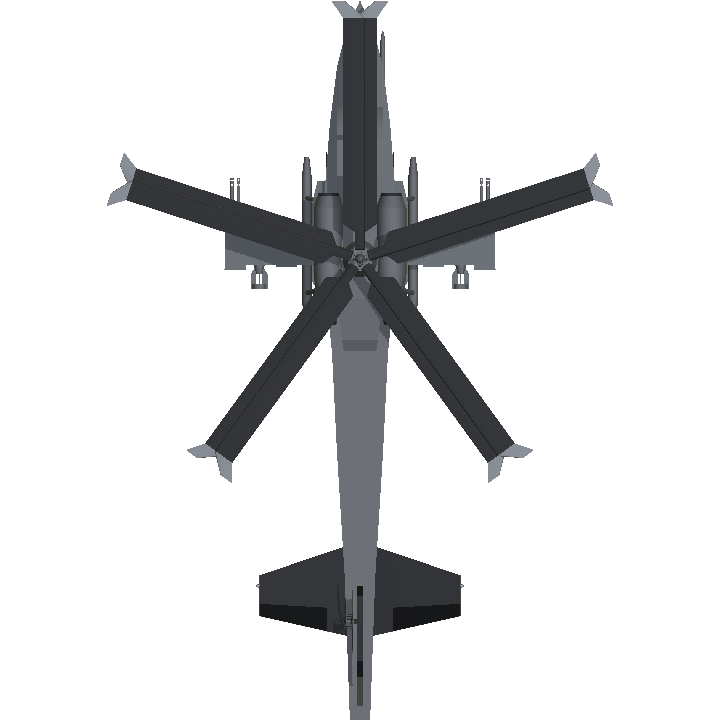 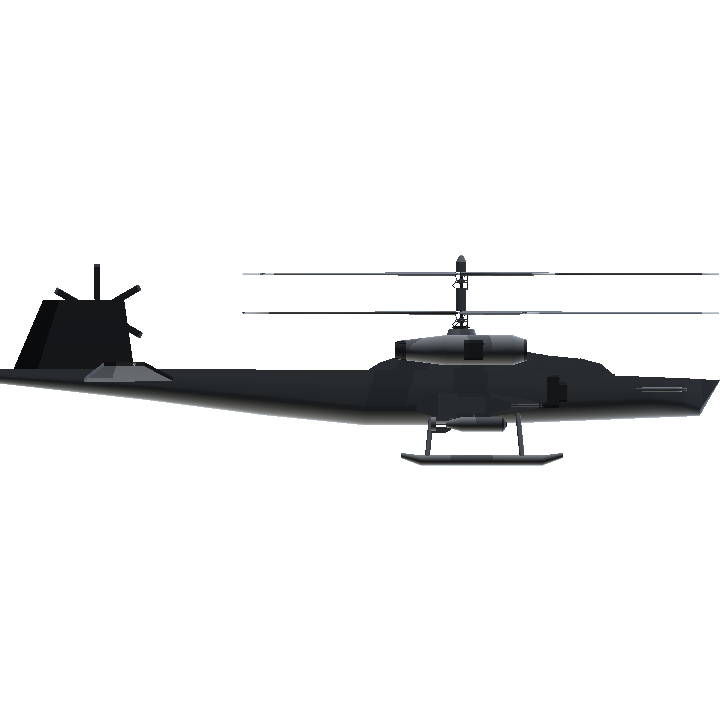 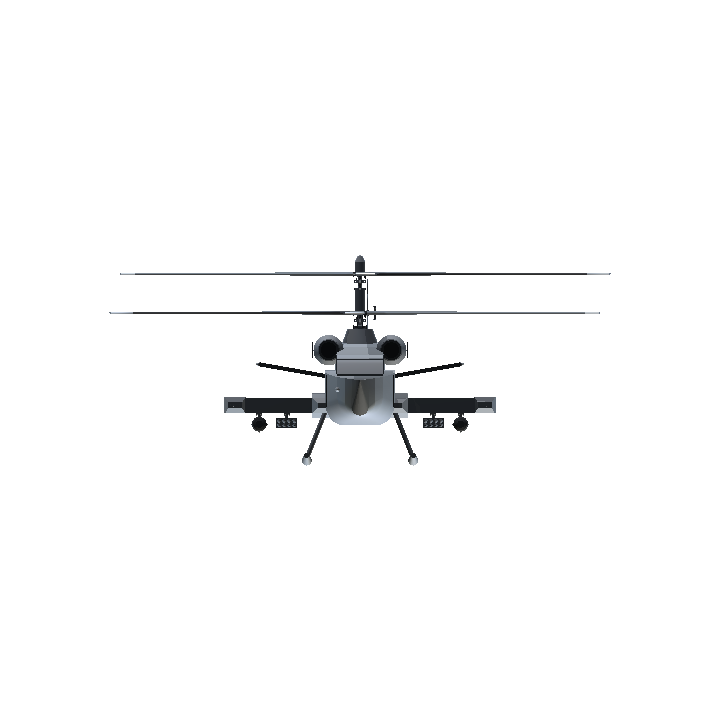