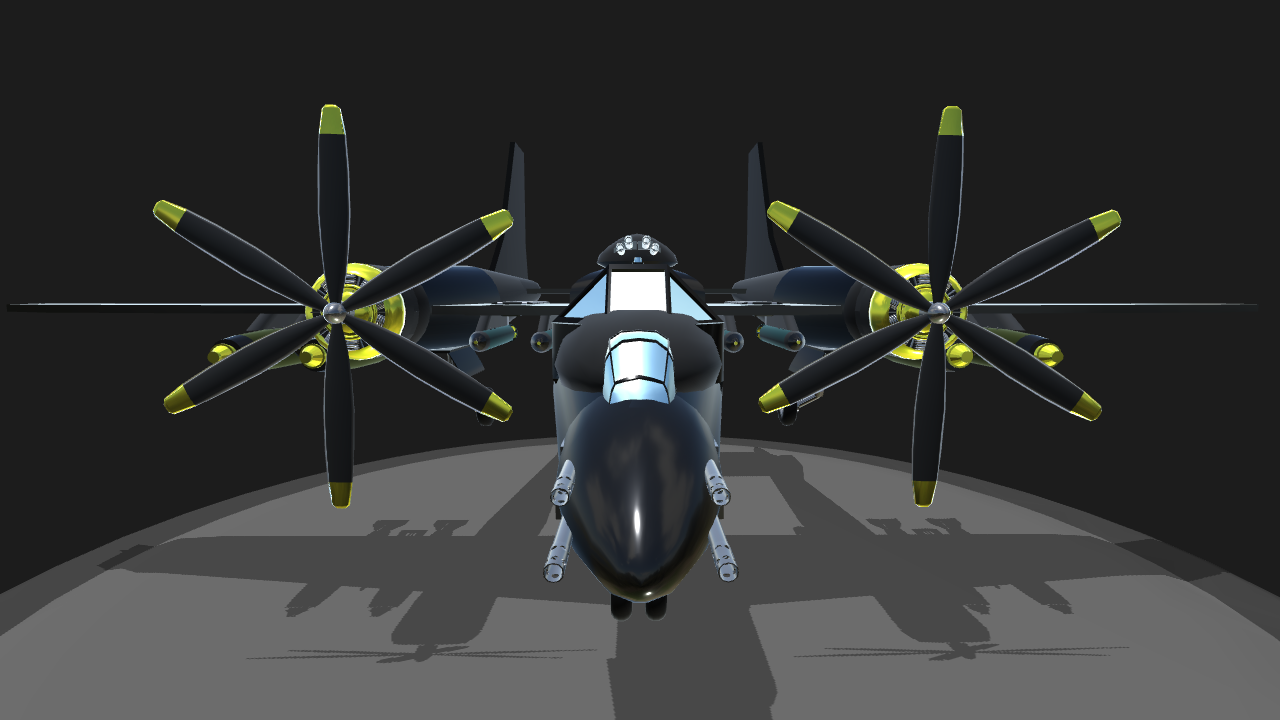 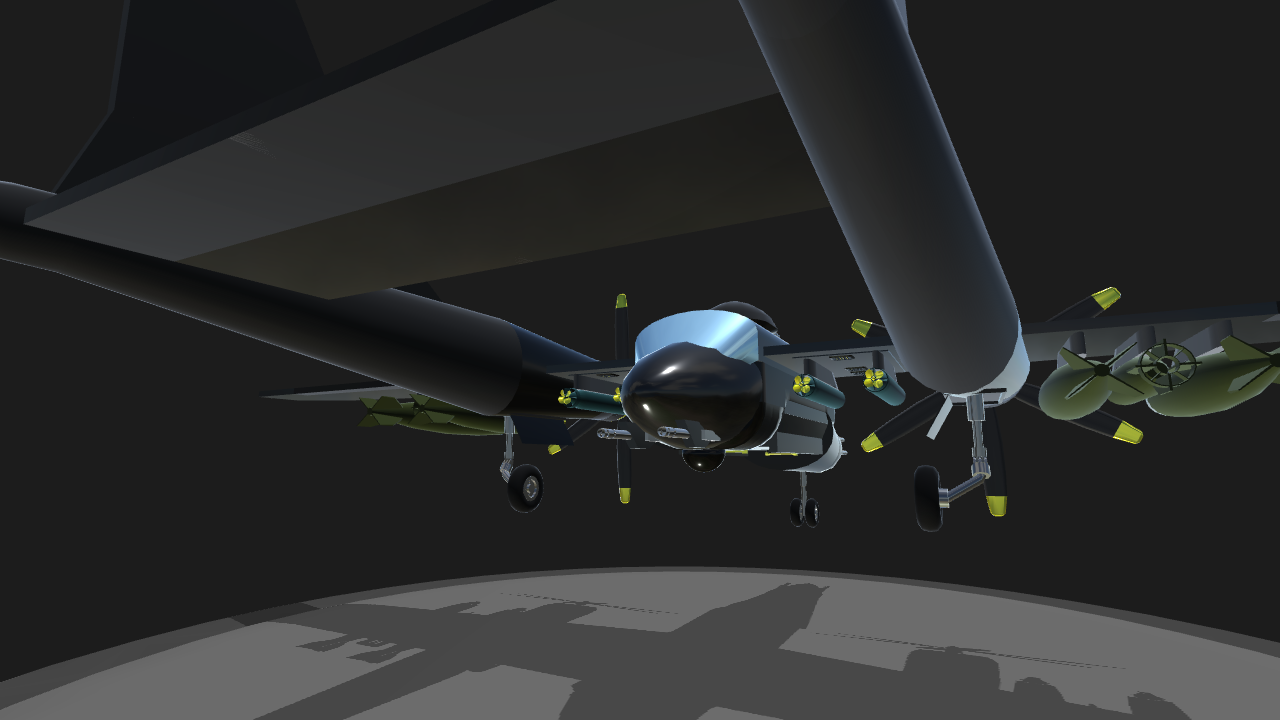 A remake of one of my oldest aircraft, the A-7 Peregrine! What fun was had when making this~ This time, the Peregrine is less likely to shoot out its own engines when you open the bomb-bay, and in fact, the bomb-bay has been replaced with a 30 degree ATGM (Air to ground missile) launcher, making for an easier time strafing the enemy without exposing your cockpit. The craft is a night-time attack aircraft built somewhere in the 40's, later being modified and seeing action in Korea. The design is based heavily on the P-61 Black Widow, and just as well, is a long-range prop-driven nightmare for the enemy. Its not the most maneuverable, but she's not going to do anything you don't want her to do. The Peregrine II can also be equipped with any gun, bomb, or rocket implement.
Press 1) For guide lights, 2) to control the rocket bay with VTOL, 3) to control the turret with VTOL, and V) for chaff.
Happy Hunting~!! 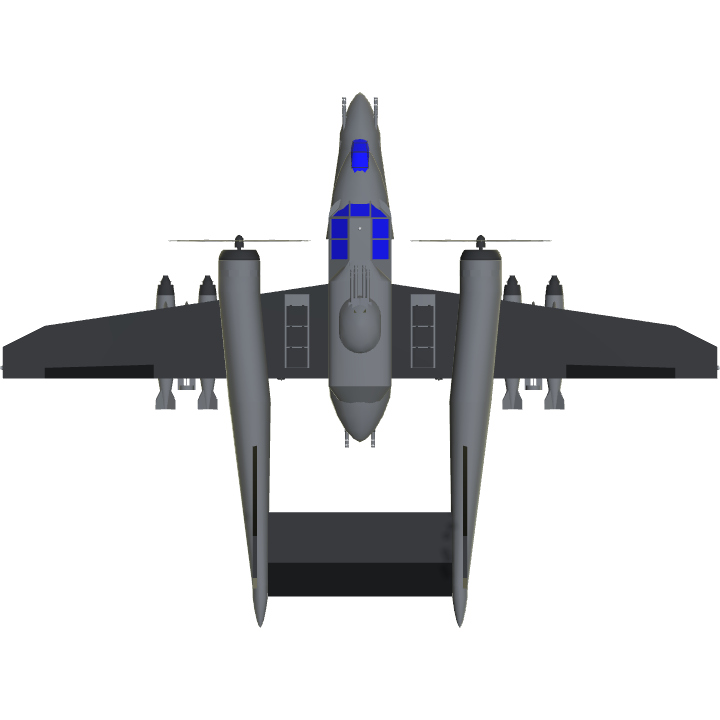 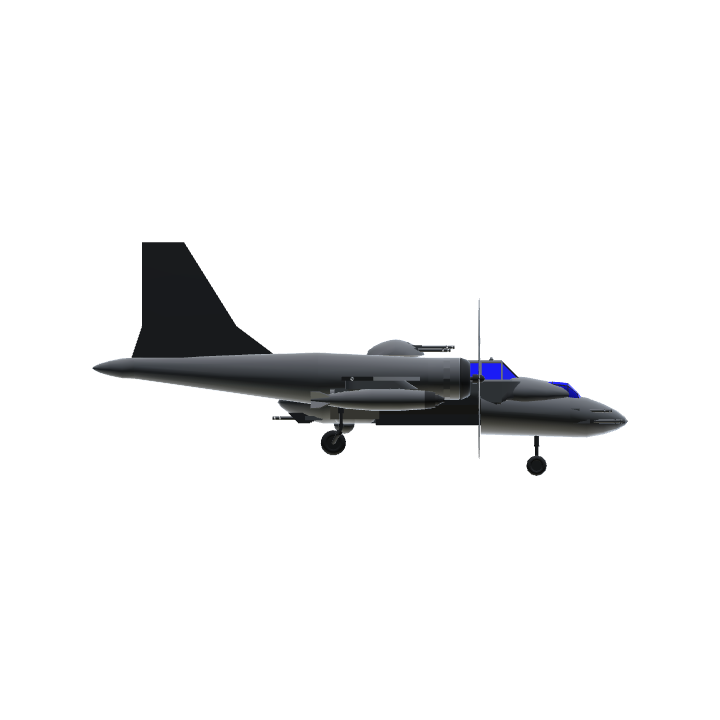 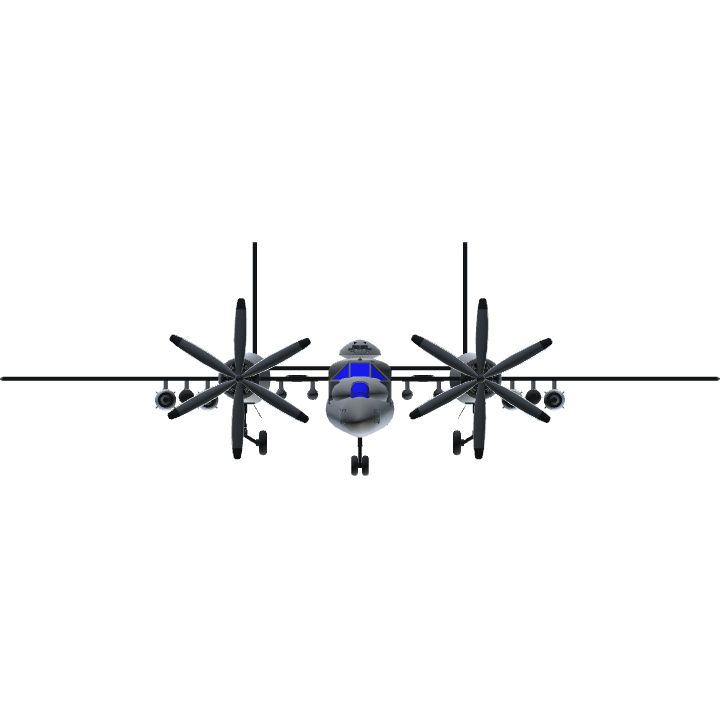