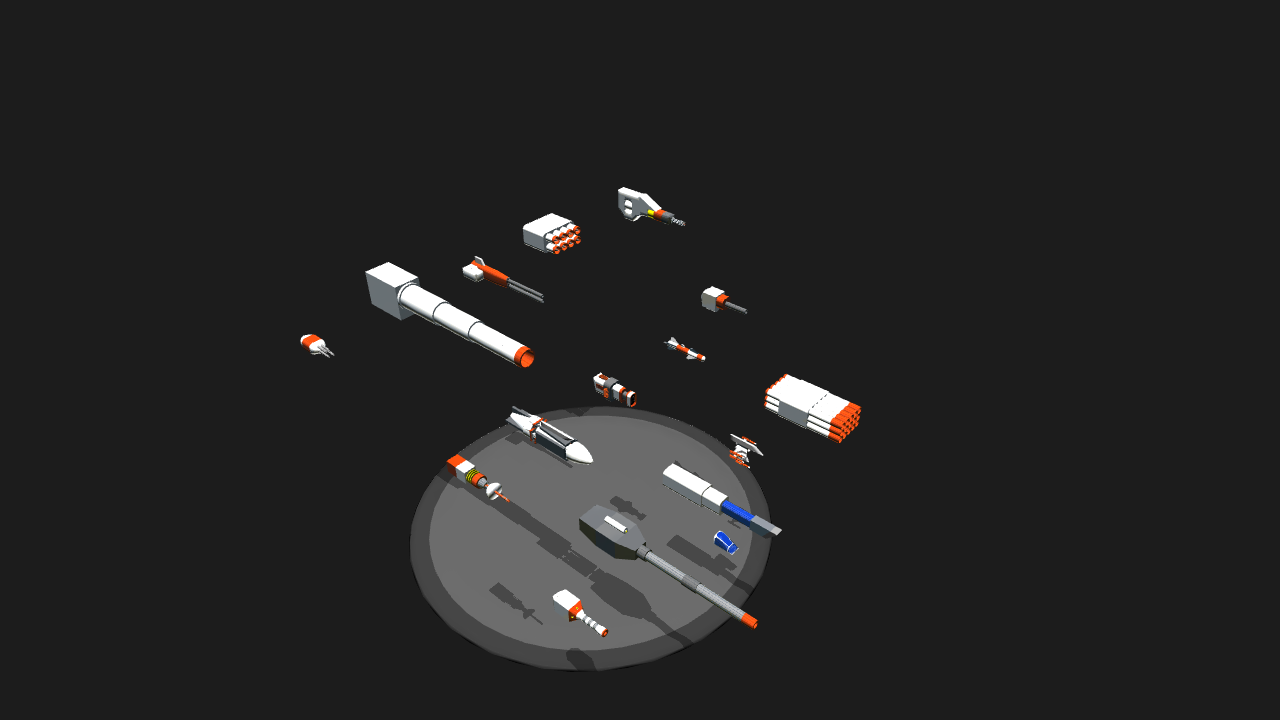 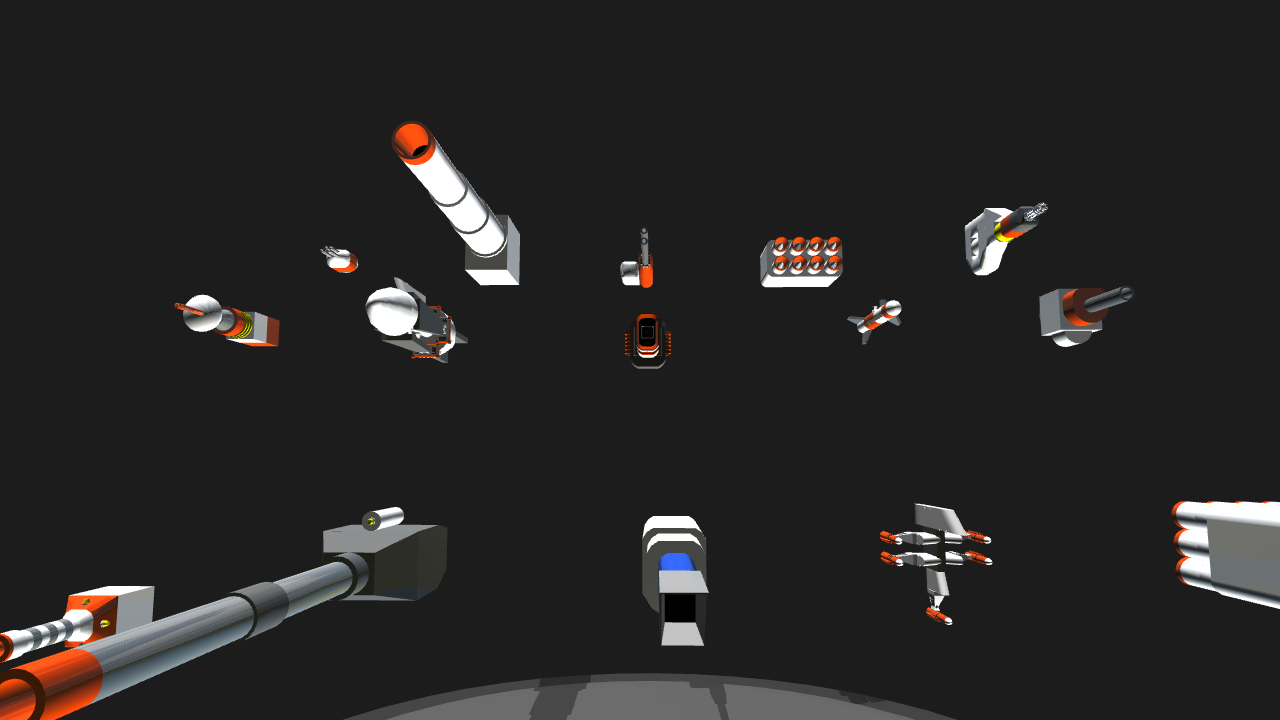 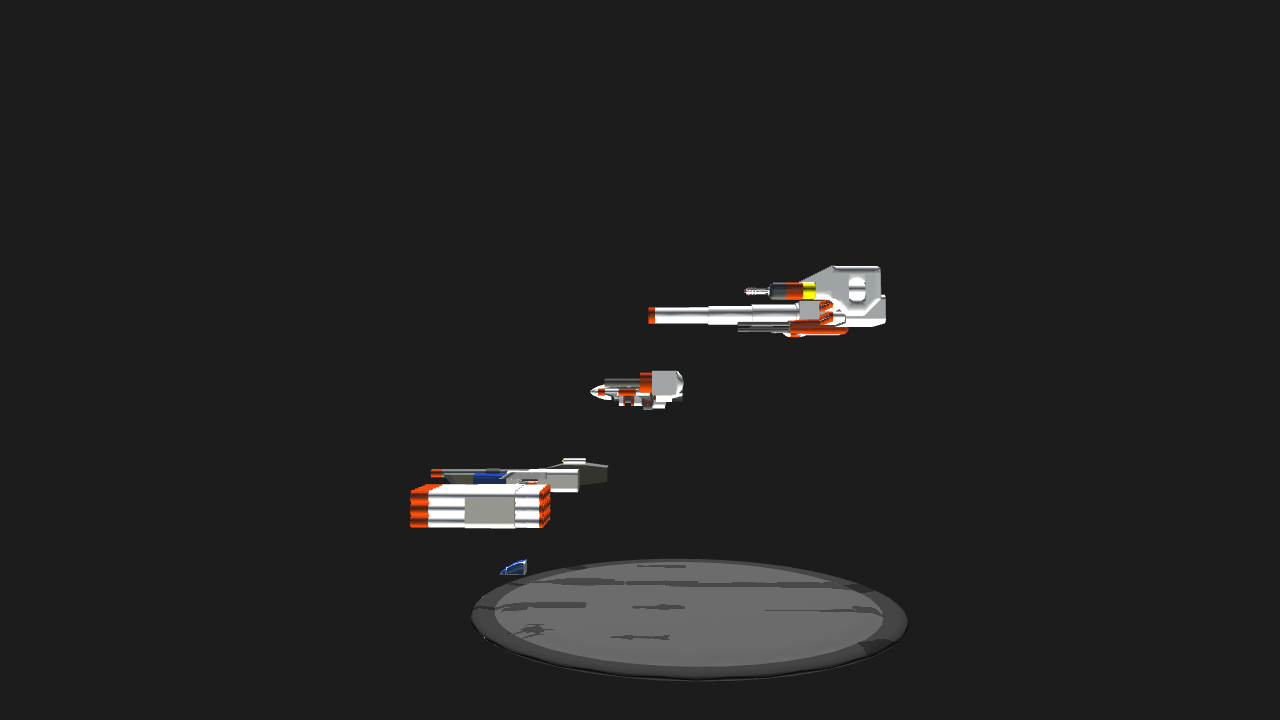 Another stockpile of weapons I built from looted parts (notably Spefyjerbf, SledDriver, EliteArsenals24, Mumpsy, Komuhachi, and Pianoman) so credit to all of them. Anyway, Here’s the rundown, from left to right, moving downwards:

Gun Pod: Self-Explanatory, a modular machine gun unit that can be attached to any pylon.

Double-Barreled Shotgun: fires a spray like pattern, but this one should fire faster than the last two seen in the previous kit.

Particle Beam Gun : A bunch of modded Gatling guns and wing guns nudged together to form this cannon. Bullets fire at such ridiculous speeds as to appear “dancing” in midair.

Maser: A beam that sort of oscillates when fired.

Plasma Cannon: A flare gun that can, for some reason, can deal serious damage to surface targets, including vessels.

Anti-Ship Missile: Air-to-Ground missile that sacrifices maneuverability and range in favor of more hitting force. Select Inferno and lock on to fire.

Sniper Cannon: Like the previous gun, uses Boom 25s as ammo, but round velocity is slightly slower, yet still straight as an arrow, more like a tank gun.

Hyper Blaster: A giant laser cannon that can destroy virtually anything, from tanks, to aircraft, and even ships.

Fire-And-Forget Missile Rack: Cleavers that can be fired with or without locking on, thanks to special detachers with rockets inside. Select the latter in Air To Ground for dumbfire mode. 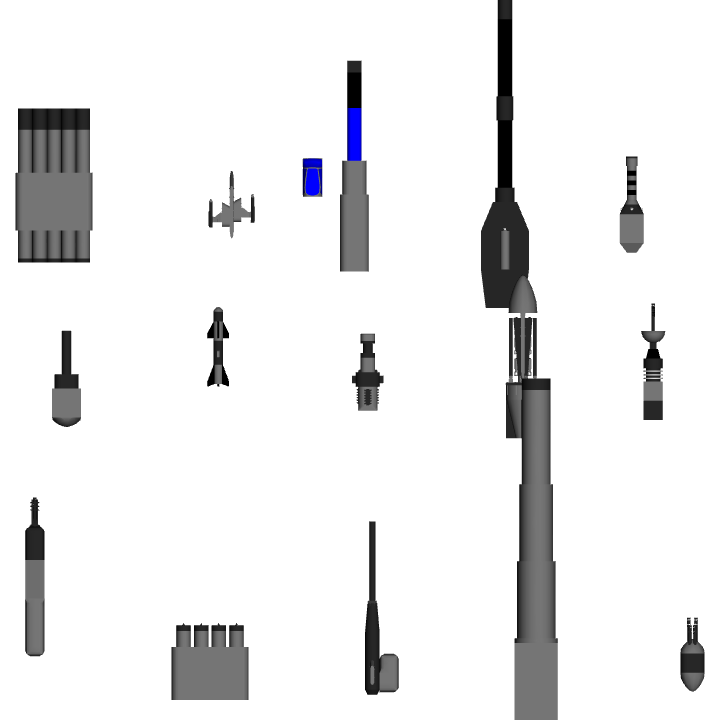 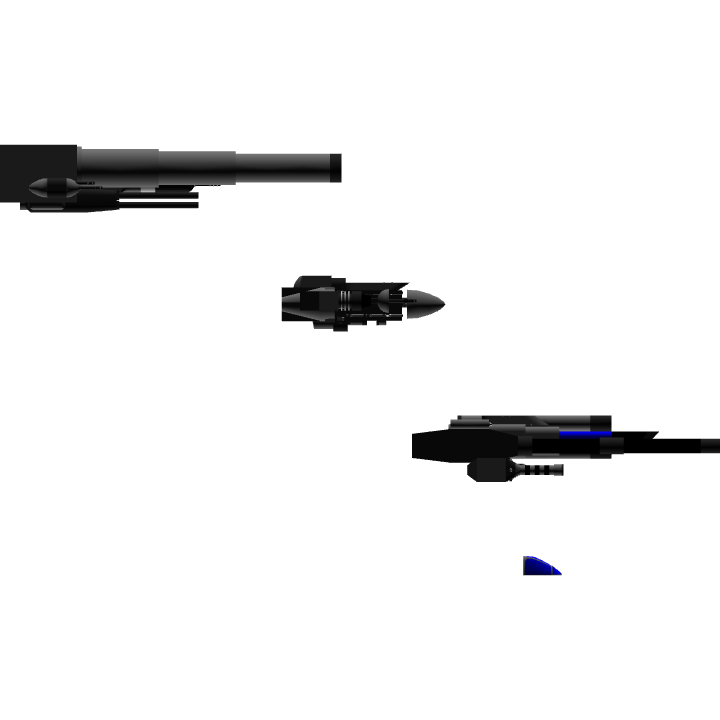 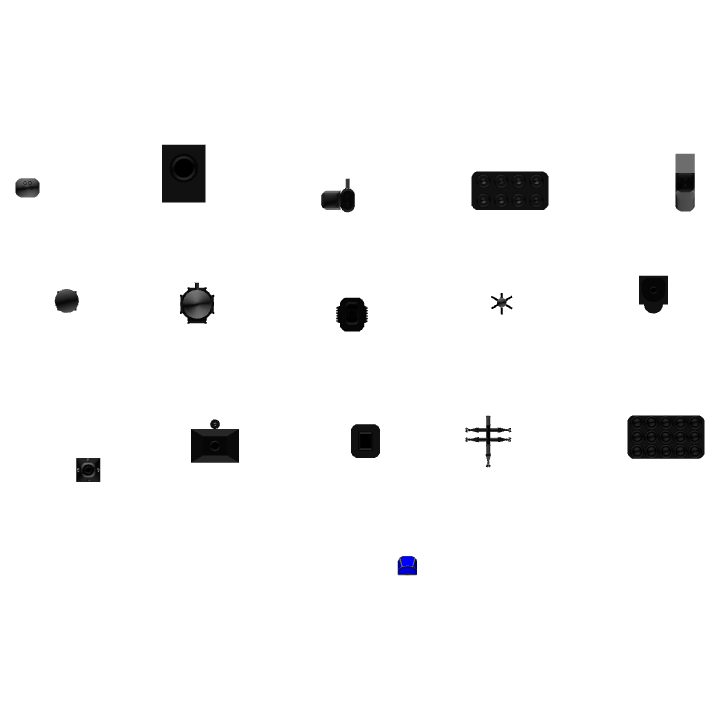