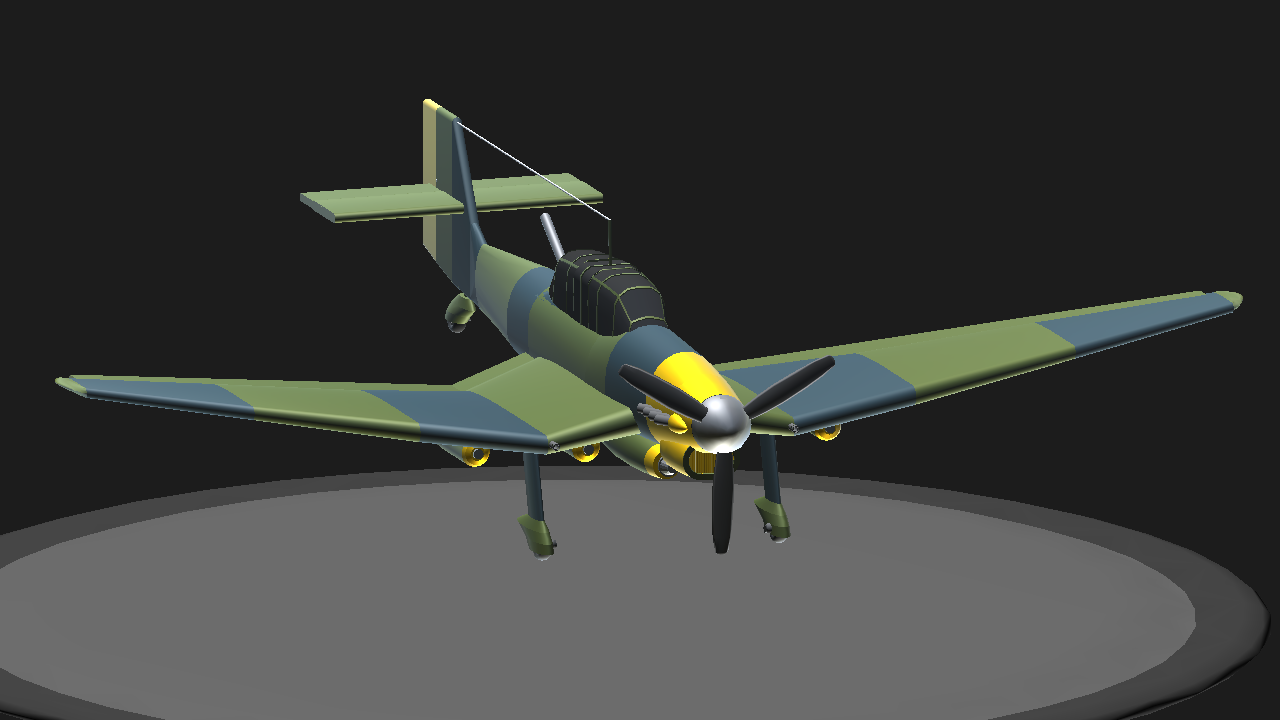 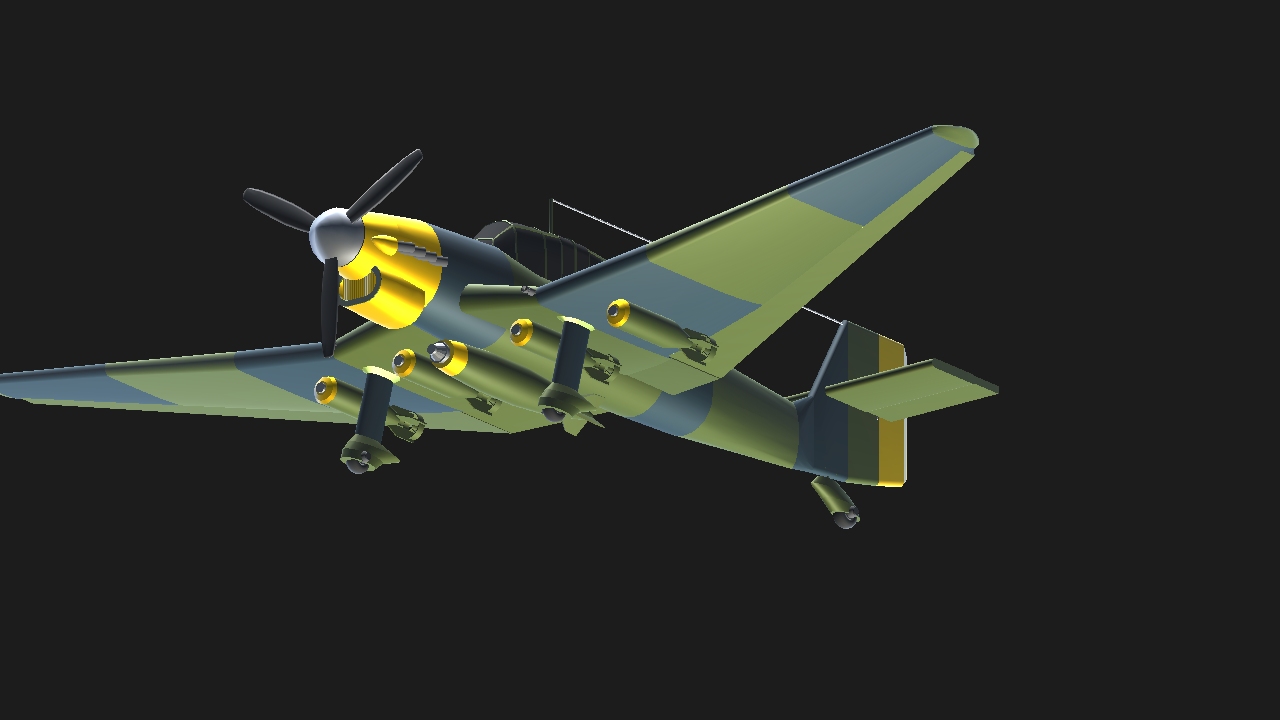 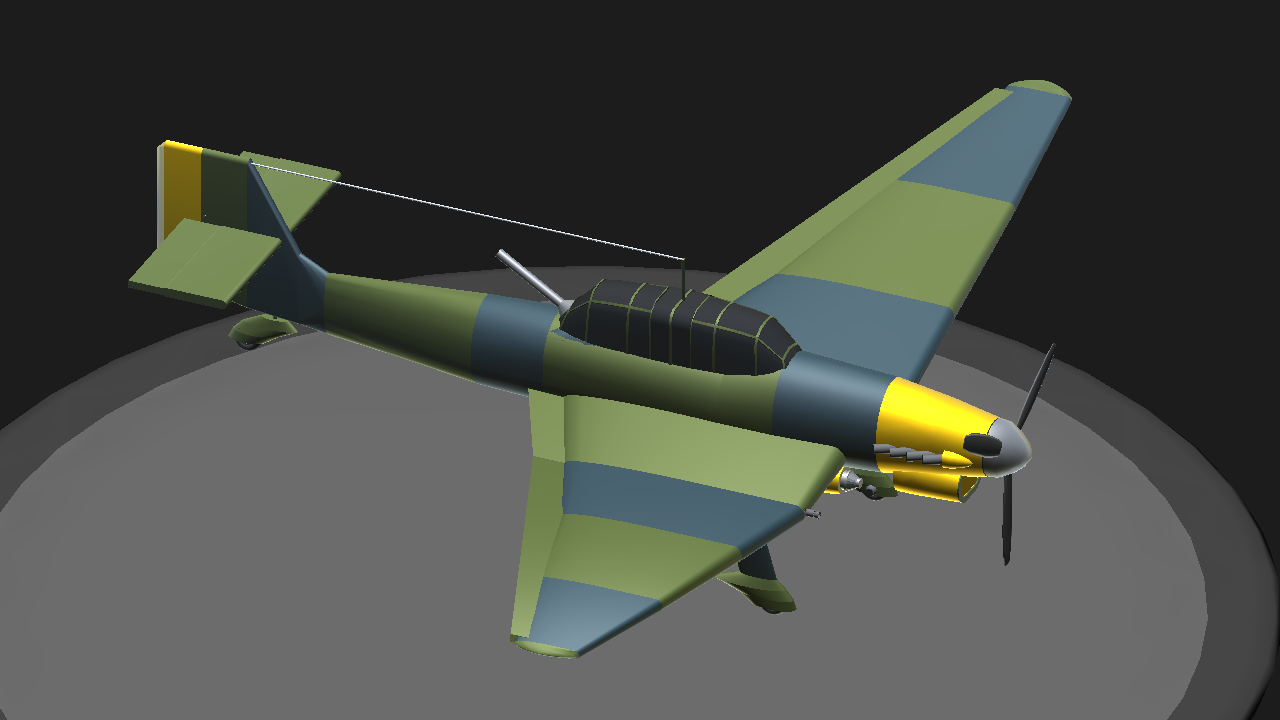 This plane was made for @struvki

The Ju-87 was a two seat bomber used in WWII by Nazi Germany. It had a manned turret in the back, I might try to make it work in a later version. The real plane had one 550 lb bomb and four smaller ones. Mine has one Boom 50 and four Boom 25's. It has two guns mounted on the wings. This is probably my most detailed plane. I have never made custom landing gear or a custom prop engine. Hope you enjoy!

The only notes that I have are:
Dont pitch too hard

Right before you touchdown when you land, brake. It will activate a gyro that
levels the plane 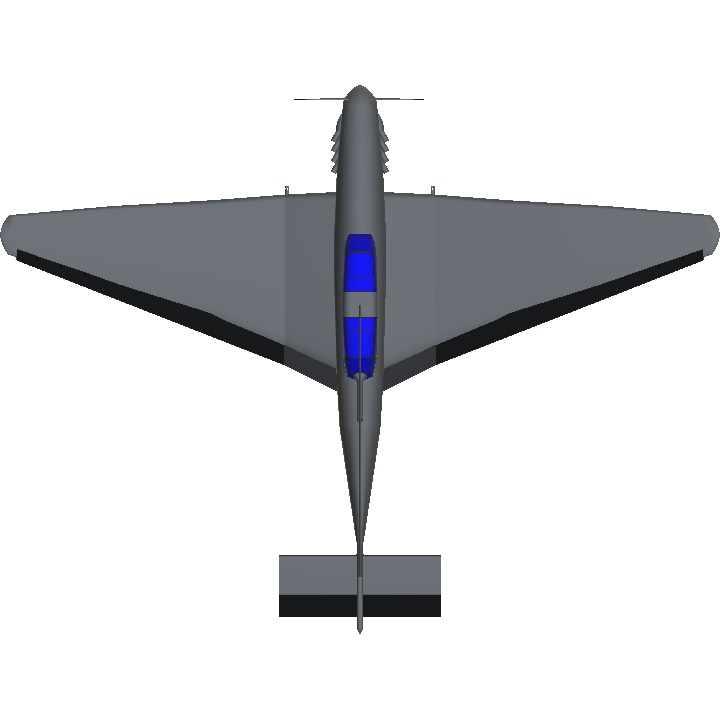 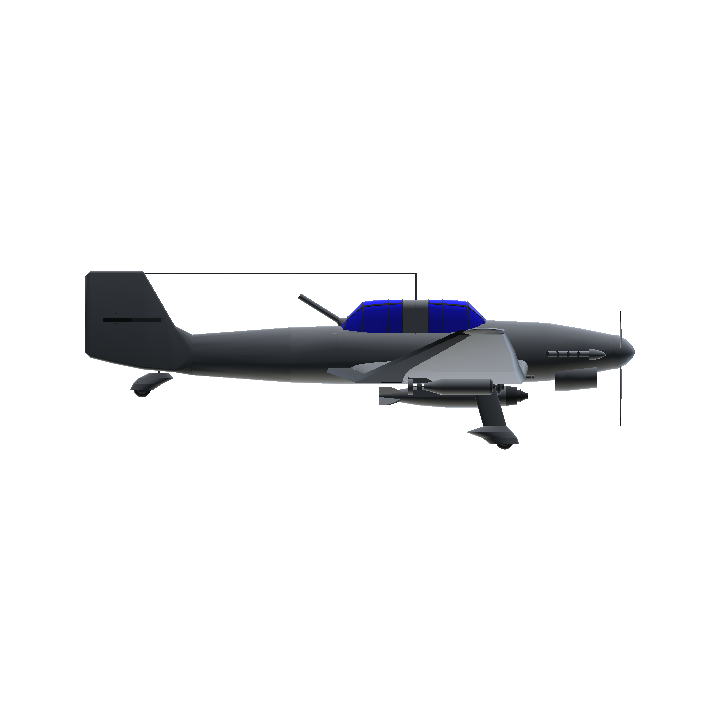 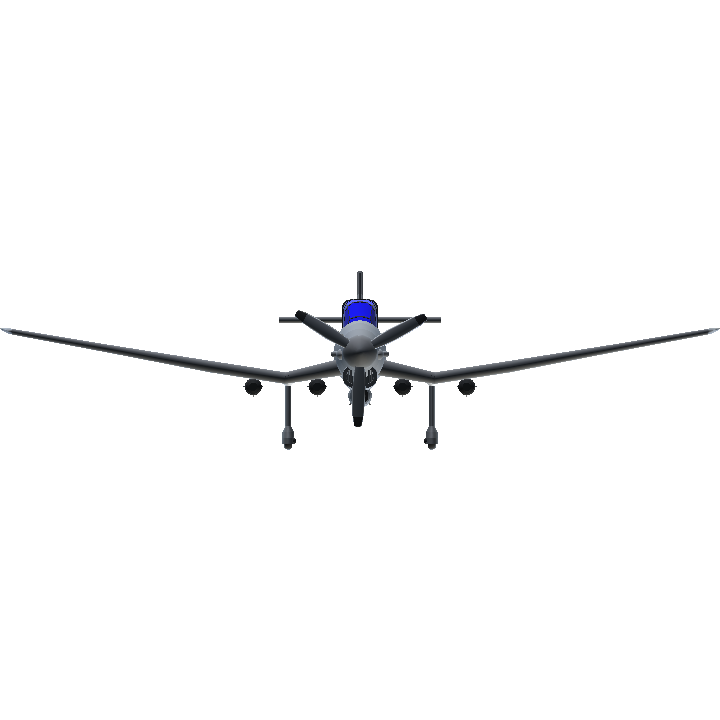