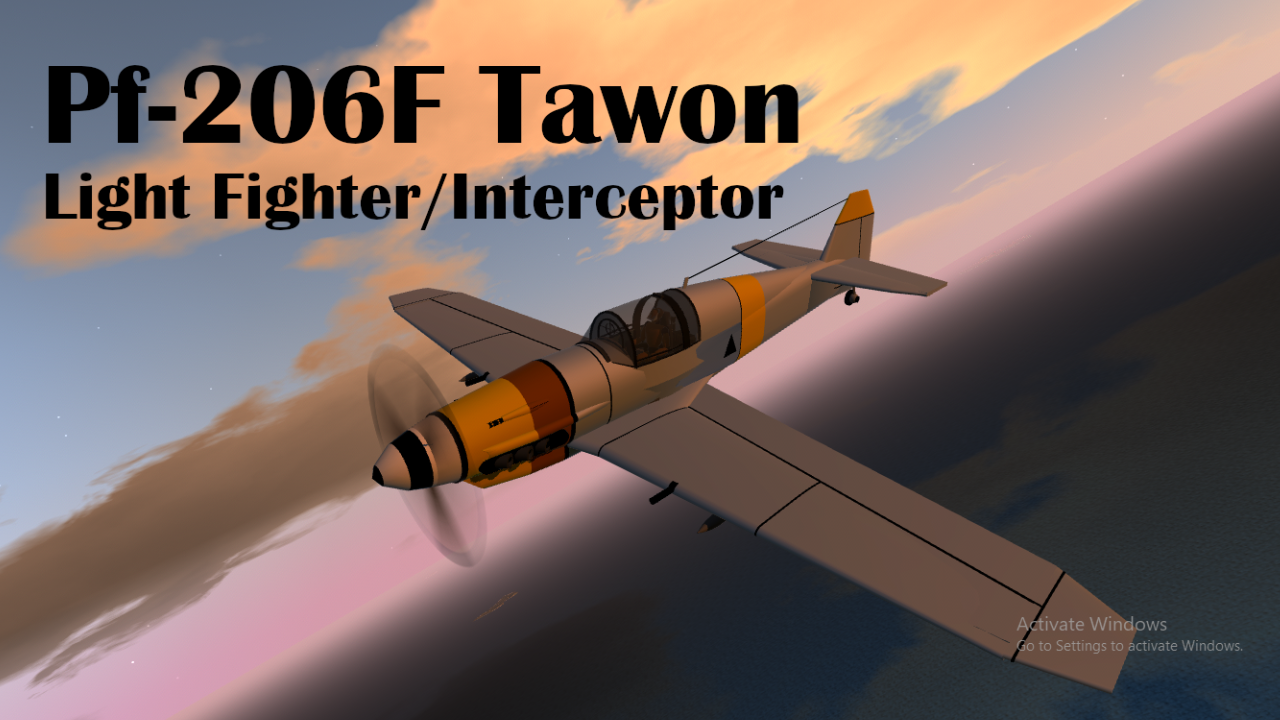 Fictional Stories
The Pf-206F is a Single Piston Engine Light Fighter/interceptor designed in the 1935 and were put into service in the Early 1937 with mass produced number over 682 Units were build, later during the Great Middle War,the fighter saw action in many combat through the entire war, with over 6320s Total units were build, the Aircraft Serve along side with (Spoiler)

The Aircraft project started in late 1934 as part of the modernized Air Force Programs. the first design was announced in early 1935, and the first prototype, the Pr-223 was build and made the first flight 2 weeks later, after that the prototype were improved, by making the aircraft nose longer, and cockpit smaller, later on the 30 mm and the 12.7 mm Guns were switched place, and a Pylon to carry bomb/Rocket were added, in the middle 1935 the aircraft were approved by the high military command, and planned to be produced in the late 1935,

this aircraft possesed a Functional Cockpit(not all Instruments)

Control the aircraft smoothly, its kind a sensitive
If You're Using PC/Laptop use the "mouse as joystick"
this is not a 10K Special, :V

if you doesn't like,then Upvote it 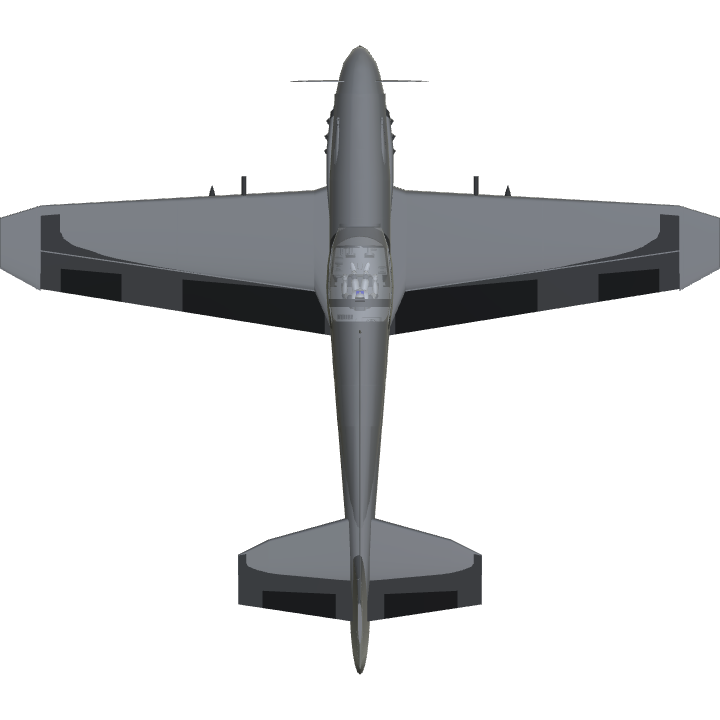 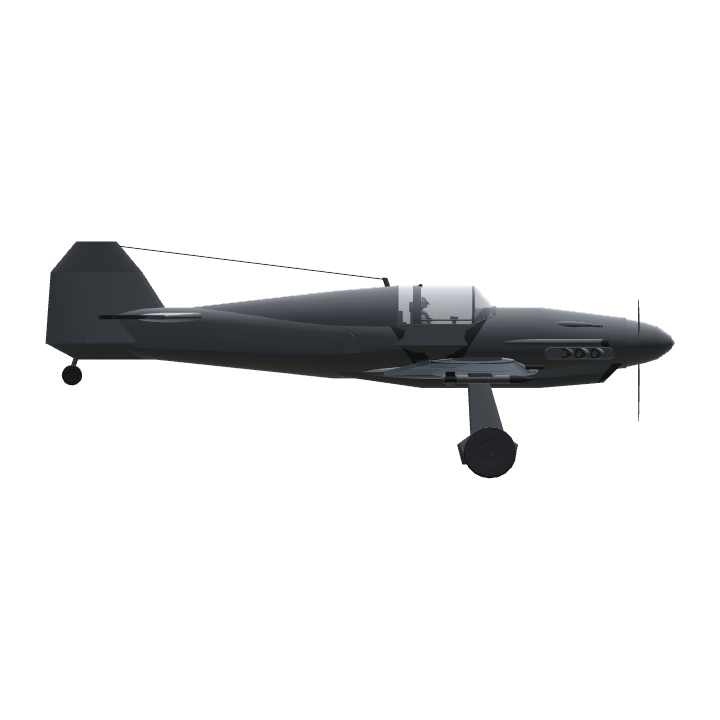 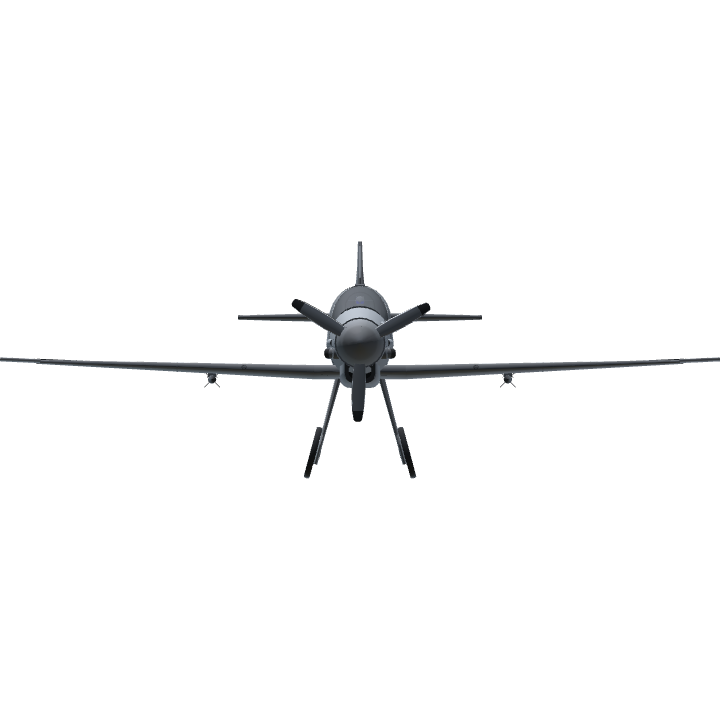