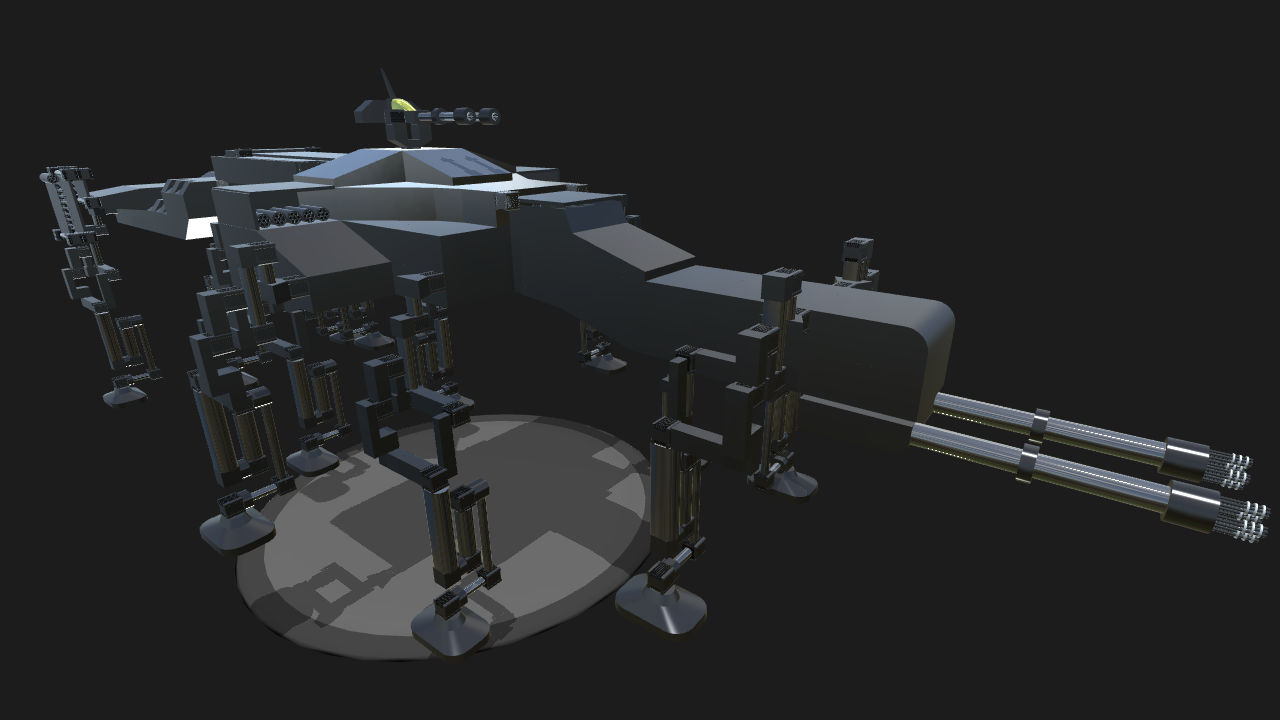 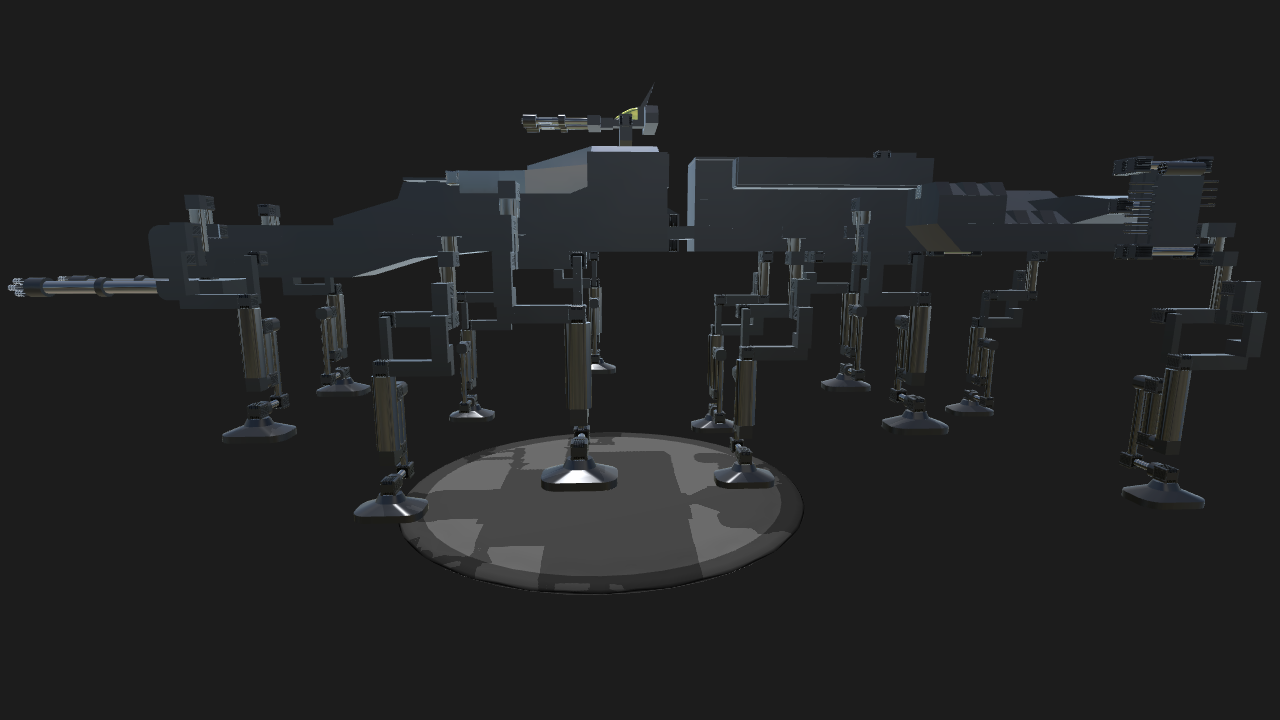 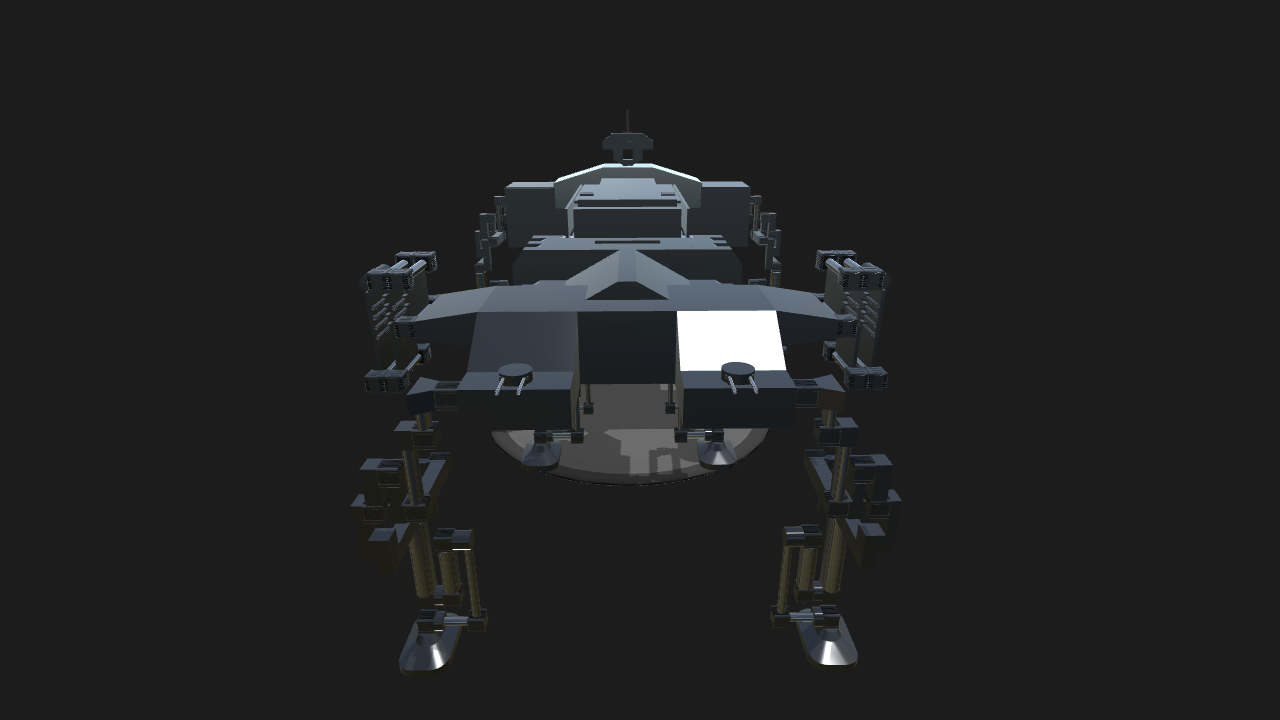 I’ve personally lost count of the number of weapons this thing carries, but I believe it’s something along the lines of: 2 x Interceptors, 2 x Guardians, 2x Infernos, roughly 80 x unguided rockets, about 8 or 10 x Boom 25s, around 10 x Gatling guns and a ridiculous amount of wing guns. Basically every weapon with the exception of the Boom 50.
Like I mentioned before, this was an accident. I was busy trying to make mechanical legs that would have an organic-ish type movement to them, as in, instead of moving in a circular motion, they kicked out in one direction in order to provide the forward motion. As far as I’m aware, no walking mechanism like this exists here on Simpleplanes (correct me if I’m wrong). Obviously, I have achieved the task I set myself, but it was nearly impossible to offset one leg from the other in order to achieve normal walking, at least, not without a lot of XML modding. To bypass this I simply edited the existing leg to operate on a pull basis, which provided a movement mechanism similar to that of a crab… not what I was going for, but it was the next best thing.

Then I had the problem of making it stable… this naturally meant more legs. Then I started working on ways to fold and hide weapons and the next thing I knew was I had something that wouldn’t look out of place in a Star Wars film.

Disclaimer: Snails may overtake due to both lag and the top speed of 5 mph. 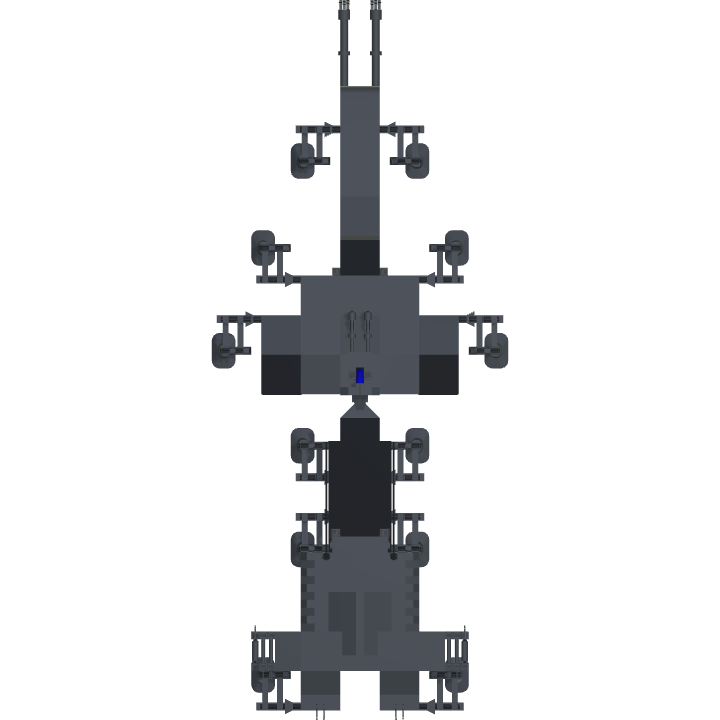 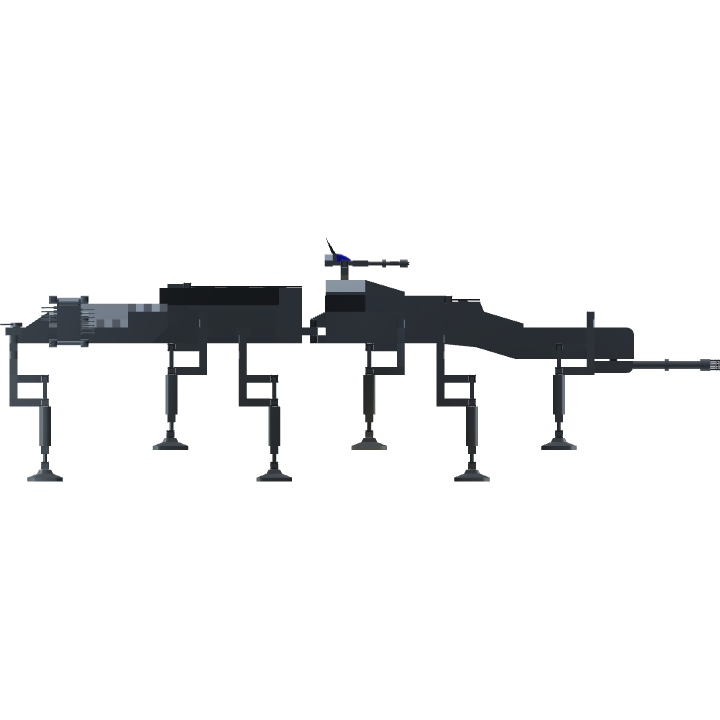 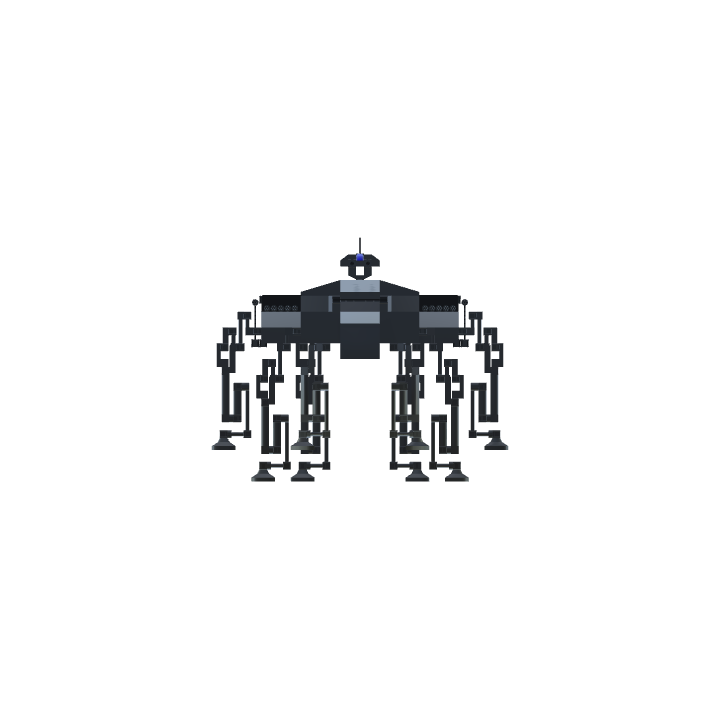