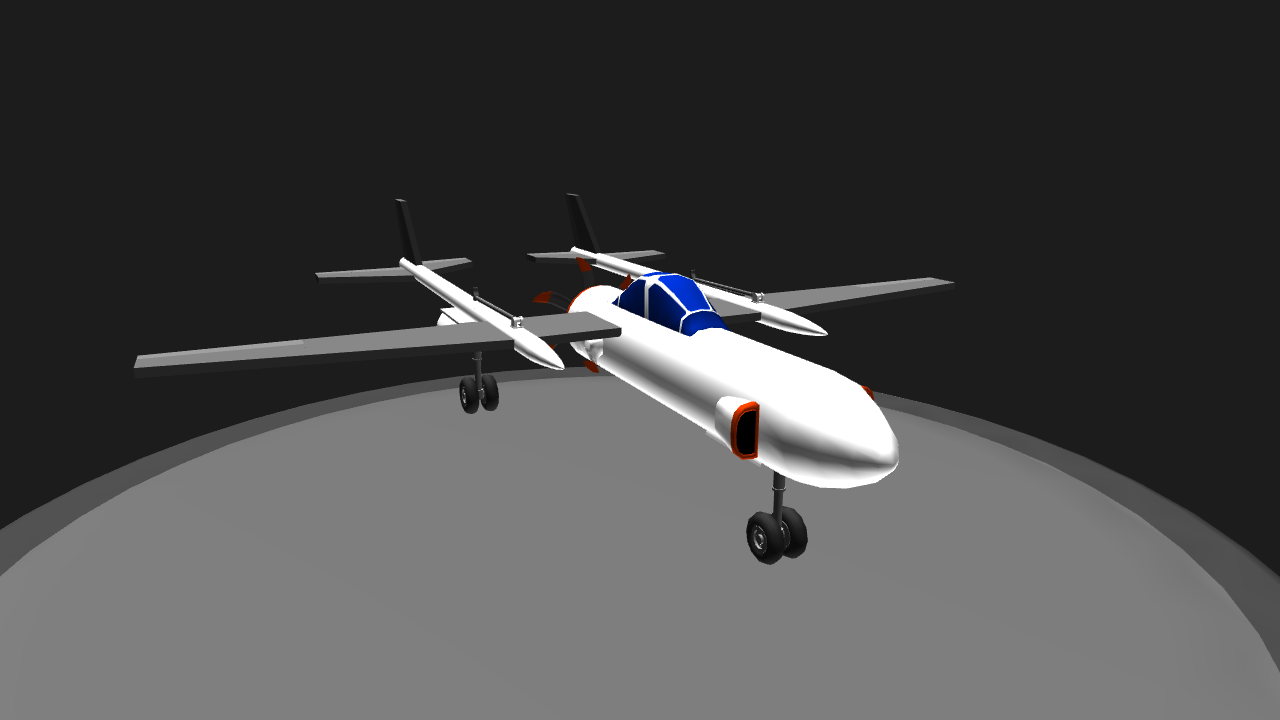 The X-66 Goldeneye was a prototype VTOL fighter aircraft, designed in the early 1960's. A highly modified F-42, this aircraft takes advantage of turbine engines, directing thrust out of 2 rotating nozzels whilst spinning a propeller, & allowing the plane to move quickly & efficiently. Alas, the project was cancelled in 1967 in favour of the Mstitel, and 4 of the 5 prototypes cut up for parts.