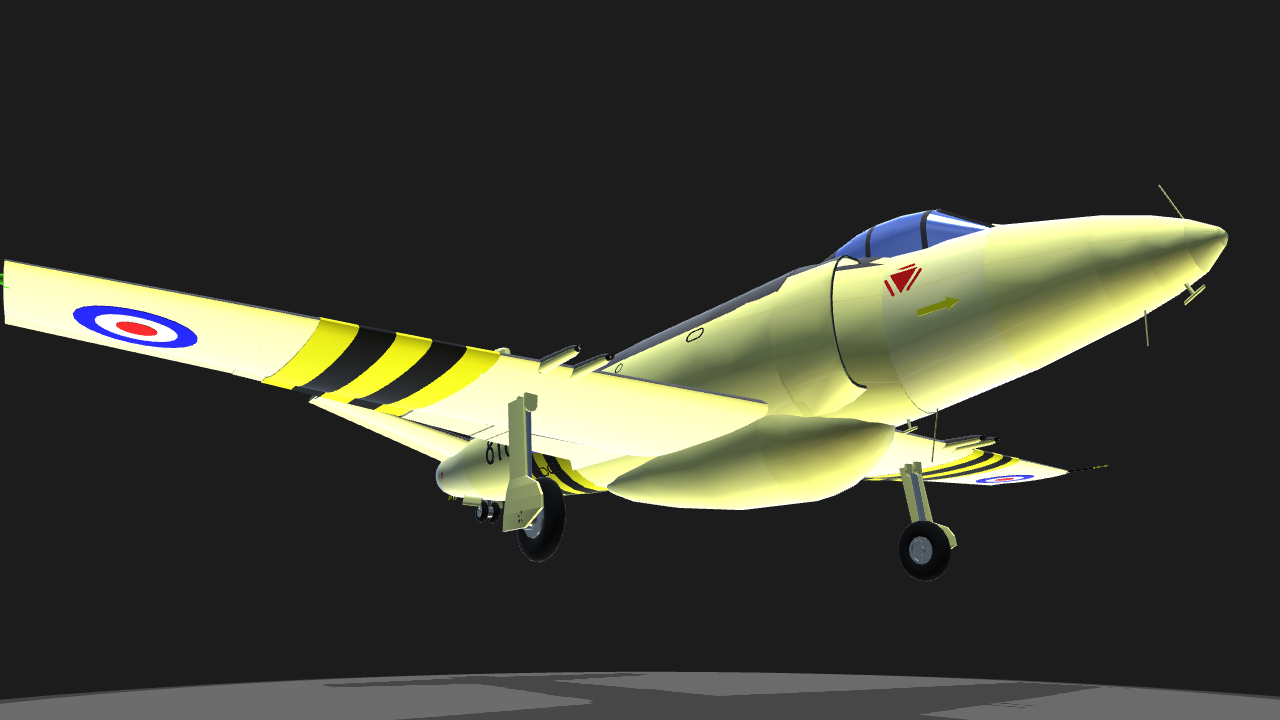 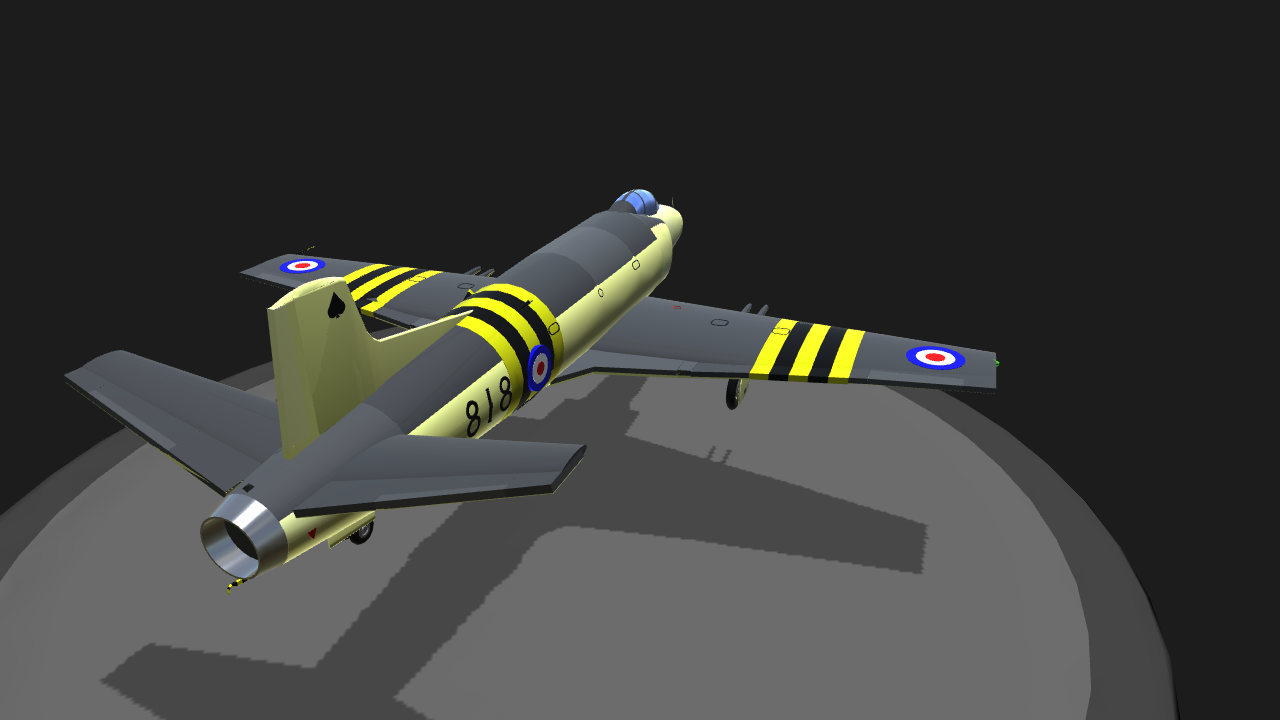 Ok so the Supermarine Attacker never quite made it to the Suez Crises but this was an opportunity to tidy the rough edges somewhat and to have a stab at invasion stripes. Those stripes took me ages to get right and I probably won’t be doing that again in a hurry.... changes listed below, controls as per the original.

Working guns!
Suez Stripes!
Improved nose and tail shape to real thing
Cockpit canopy has been improved
More detail added
Rudolph the red nose has gone (thanks for pointing that out Rambo!)
Pitch control has been altered to give more realistic rate of turn.

This will land on the beast and stop well short of dropping in the drink - and that was me well and truly missing the middle wire!
On approach have flaps down (not that they do very much) throttle set about 10% and aim for 110mph for touching down.

My first attacker on the right in comparison. Built over a year ago if I remember rightly. 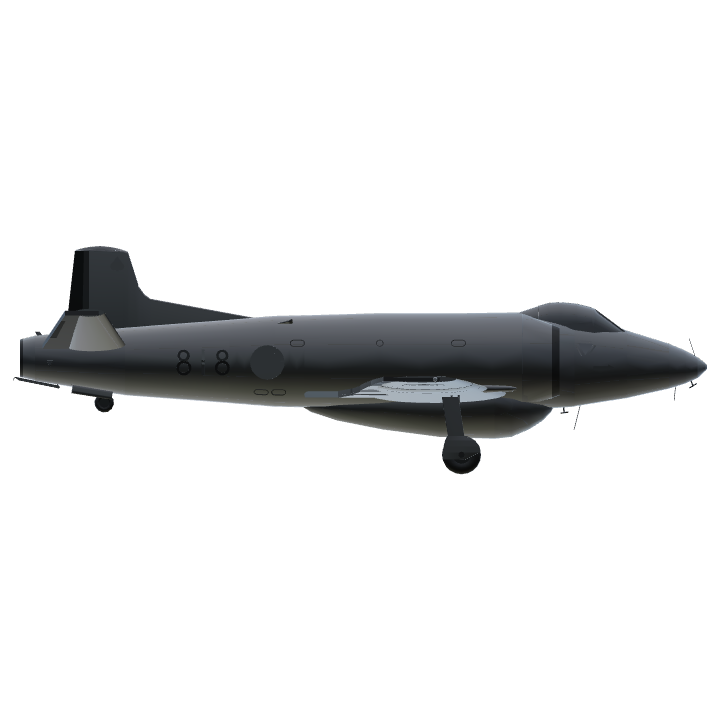 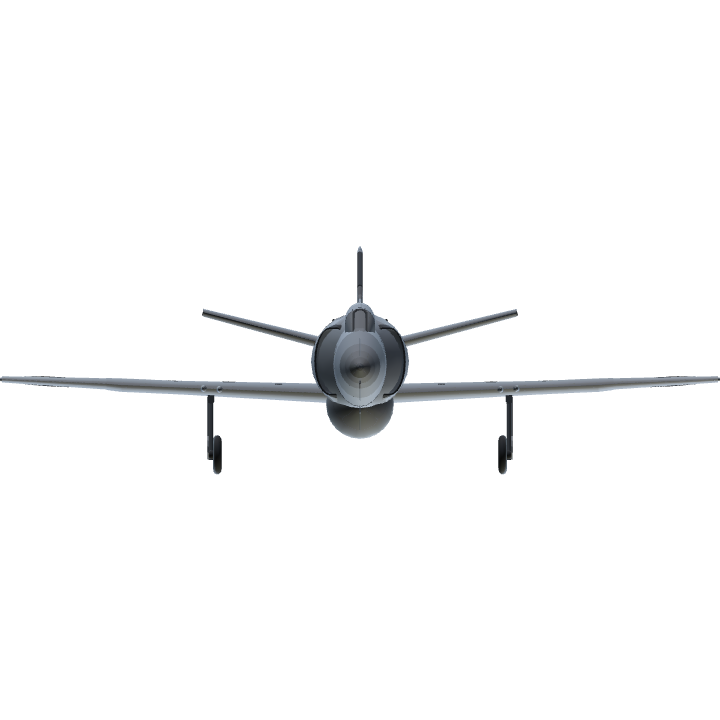