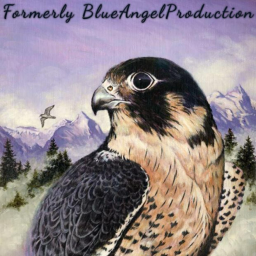 also, why does nobody comment on posts anymore?
I live for my Comments so, If you have the time. Send me something related to one of my Aircraft! From roleplay to Ideas, I'm happy to respond!-

help i'm out of ideas

Trigger Did Nothing Wrong

---Brief Summary of my Roleplay nation---
The Falkan Republic Of Islands (formerly Wolen Islands)
Is a nation consisting of Three Large islands and the four smaller land masses around them, (not to be confused with the ones in game.) Suffering from recent wars of the previous decade The island nation has only been united fully since 1953, With multiple skirmishes involving conflicts against Itself. The Nation was brought together in attempts to help further Technology and boost mainly the Air and Naval forces. Many developments have led the weak nation to producing a fairly deadly force comprising of a multitude of fast Multirole Aircraft and long range command Cruisers. Though mainly defensive, Their true purposes will remain unknown.

-Islands-
[Capitol island,] Falka, Being the largest of the three. This Island is a well populated and city-covered area of the nation. Most commodities and military equipment are centered here. Including the Air Force and the Nations Two CV-10 Escort Carriers.

Valens, This island is the least populated of the three. Used for testing weapons and farming in some areas. This land consists of flat plains with countless farms and other agricultural systems set upon it. On the side closest to Falka, A port city known as New Avaria is situated. Being a rather large City for the islands main use, There isn't too much to say about the place. But with it's connections to the Capitol on Falka. Shipments here are of high value and importance.

Lastly, The relatively densely populated island of Aege
Completing the Triangle of islands in the nation. This land contains most of the Three's Military Research and [Redacted] bases. With tight security to the south of the land. A large river separates the island in half, With the upper half (towards Falka and Valens.) containing most of Aege's population. The South is walled off and tightly secured. [Redacted] happens there.

(The islands, each within a distance of 10km of each other. Are no larger than 1000 miles squared. containing a combined population of roughly 2,250,000 people. And are mainly peaceful toward one another. This includes other nations. With military bases securing offshore sites similar to Oil rigs and smaller Islands. Naval operations have been the main strong point of the nation for years. especially with less money spent on Main ground units. Though due to shipyard restrictions. Destroyers and Frigates are preferred over the Two carriers of the nation.)
(i'm bad at writing.)