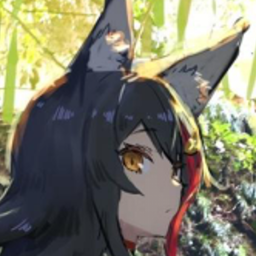 If I have to say a thing about myself, I am cringe. And honestly, I'm fine with it.

I am a little Indonesian kid that is addicted to military aviations. Specifically, fighter jets.

I love flight shooters, especially sims, I also like FPS games, racing games, generally something that involves action style gameplay. Although, not Horror games. I'm a little scaredy cat, what can I say?

Oh yeah, also, I've fallen down the Hololive rabbit hole. There's something about their personality which makes me smile, I guess.

I make military airplane replicas, mostly 4th generation fighters at about maximum of I want to say 3.4k performance cost. But they're not detailed 1:1 replicas, otherwise my phone would've just blew itself up, so often times you'll see rough edges in my creations, but people have been saying my builds are smooth. And honestly, I'm impressed.

Most of my creations are meant to be played at low physics, hence why you won't see any shocks on my gears. So don't be surprised when my creation do so poorly on mid-high physics. I am also quite ambitious with my creations.

I also make simpler creations. Usually these things would cost about 80-150 parts but recently I've decided to step up my game a little bit. It's still very simple, so don't worry about your phone having to blow up when playing my simple creations.

I'm not good at designing aircrafts. I'm one of those guys where I like replicas more than the radical fictional aircrafts. It looks weird to my eyes.

Yeah, I don't have much.

That's all I have to say.