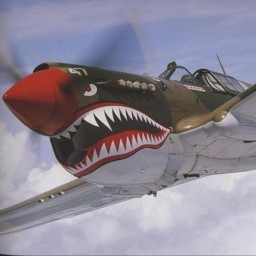 “Shoot for the moon. Even if you miss, you'll land among the stars."

“Those who cannot remember the past are condemned to repeat it."

“The best laid schemes of mice and men

“Greater love hath no man than this, that a man lay down his life for his friends."

- Inventor of the "overheating" missiles with the help of @MethaManAerospace

- Only user in SP to make replicas by taking measurements with a tape measure, a caliper and a bathroom scale

- Discovered how to replace the ugly and useless default "new airplane"

- Completed all the Steam achievements

(before they turned out to be assholes)

(Before WiiMini and Default deleted it)

- Perfectionist and real maniac about the subjects I'm into (particularly the French equipment from the late 30s to the 80s), now you're warned (so, don't be surprised if I make a complete review of your Vautours or Mirages)

- Hates drama. Please don't make a new GC or another stupid build aiming for upvotes, that's useless and will only cause a new civil war on this website and nobody wants that

(None of those are funny anymore and that's a fact)

I'm french.
I'm 19.
I have a twin brother who also plays SP (but only rarely), @Koengerays.
I live in Lyon, France.
(The red Dot on the map)

My friends IRL who play SP :

I am also the proud co-founder and current President of the C.F.S.P. (Community of the French speakers of SimplePlanes)

In the future, maybe :