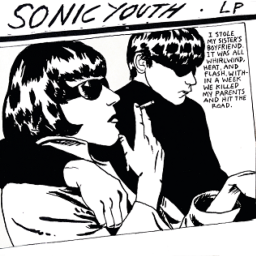 Hello there, I am Eli. I don't usually post crafts that work, so I'm more of a fuselage artist (if that is a thing... whatever, it's a thing now). My number one passion is music, so when I upload I mostly relate it to vinyl (hence my username), CDs, tapes, etc...

My most favourite bands and artists of all time include Led Zeppelin, Primus, The Avalanches, Jimi Hendrix, Radiohead, Green Day, Rage Against The Machine, Pink Floyd, Placebo, Talking Heads, The Stone Roses, TOOL, The Smashing Pumpkins and lastly, Portishead. That list was filled with awesome and extremely talented musicians.

Who are Primus? (an underrated asf band)

If you like funky bass slapping along with the metal genre and weird vocals, Primus is the band for you. The band features a trio of talented guys making weird and banger music. Les Claypool (Singer and bassist) will never fail to impress anyone with his out of this world bass guitar talent. Guitars, pianos and vocals are usually the primary instruments in any band, but Les Claypool turns the bass into the primary instrument. Most Primus songs feature loud, funky and the oddest basslines in the world. I suggest you try out the three songs "Tommy The Cat", "Jerry Was A Racecar Driver" and "Shake Hands With Beef" when getting into these guys. Truly something amazing. 10/10.

I am starting to become a musician myself. I have some skill with bass, and a little bit on guitar. I am currently writing solo songs on garageband (cheapskate recording studio) and will release an album one day. I am also looking forward to becoming a bassist in a band in some years, would be nice to sell an album or two. I hope I'll be somewhat succesfull (100,000 listeners on Spotify, iTunes or YouTube would be more than enough to satisfy me). As a solo artist, my genre would be something that I don't think has been tried before.

My genre would be a vast mix of:

90's and 2000's electronic music (inspired by Portishead and Beck)

classic rock (inspired by The Who)

punk rock (inspired by Green Day and The Clash)

A dash of blues (inspired by Fleetwood Mac and Led Zeppelin)

and metal (inspired by TOOL, Rage Against The Machine and Faith No More)

My new genre would become something I would like to call "Combination rock", as it features a large combination of many subgenres of rock, a little bit of electronic music, and jazz. This is something 100% unique, and it'd be awesome if I could be the one to invent such thing.

Not much of a gamer. I only play a few games regularly. These include, Minecraft, Simpleplanes (of course), Farcry 5, Hitman: Blood Money, and Kerbal Space Program. That's pretty much all I play from as far as I remember. I am thinking one day of having a nice gaming setup with enough storage to run all the viruses my computer contains, from some dodgy websites that tell you to click "allow notifications". Other than that, that's that.