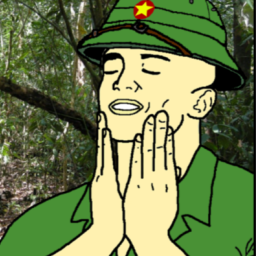 A Vietnamese guy addicted to Soviet stuff and perhaps a powdery sugar-like substance from Columbia.

Playing Red Orchestra 2 or something, will eventually do something in SP again or more often

personal note:
for 152mm LP-45 smoothbore
The design of APFSDS ammunition of the 2A83 meant that this velocity would only decrease by eighty meters per second at two kilometers. This gave it monstrous penetration at range, with a cited figure of 1024 millimeter RHAe at 5.1 km (for comparison, most modern tank guns are rated for only around 700–800 millimeter RHAe at two kilometers).