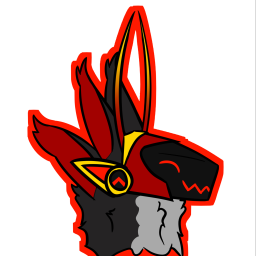 It appears you've stumbled upon the profile of someone who was, up until recently, IP banned.

tbh I was surprised when I wasn't banned after coming out about me being the real Jim1the1Squid
Also, I may or may not be a cybernetic creature developed in a lab from another universe for exploring space... whistle

But enough about that, here's some stuff about me:
1. I'm 17
2. My address is [REDACTED] (Nice try)
3. My most downloaded build as of June 24th, 2021, is my M40 Joker "Mr J", a fictional 8x8 wheeled IFV, and my most downloaded build as of August 7, 2021, is the M165A4 A.D.F.H.
4. My most upvoted/spotlighted build is my M7-AP1/A1 Eagle AMBT at 450 points
5. I'm an active member of the SimplePlanes Skipper's Chat (JOIN IT, YOU WON'T REGRET IT unless you break the rules ofc)
6. I used to love building ships, and I have a few on this account (Most of them were on my old Jim1the1Squid account). Nowadays I like tanks.
7. I play pretty much just War Thunder and SimplePlanes. I've played SimplePlanes for quite some time now, about 6 1/2 years, and War Thunder I've played only about a year.
8. I'm into tanks because of War Thunder. If I don't know what my enemy is using, how can I expect to disable or eliminate them in a timely manner? Let's say I didn't know that the upper front plate of a Tiger II is 150mm sloped at 60°. I would die because my M332A1 APDS wouldn't do crap against that.
9. I'm a sentient toaster (toasters are sexy)
beep

Anyways, thanks for reading, feel free to check out my stuff and try it out for yourself.